Have you ever heard someone talking about having a hatchback or a saloon, and wondered what the difference is? Well, like a crocodile and an alligator, they might seem like basically the same thing but the 2 are actually distinct. This would be a weird article if they weren’t. Hatchbacks and saloons, that is, not large, aquatic reptiles.

What Is A Hatchback?

A hatchback is a car whose rear opening, its boot opening, is a ‘hatch’ into the car itself. That’s why hatchbacks are often called ‘5-door’ cars, because the boot opening is technically a door into the car. You wouldn’t necessarily want to get into the car that way, but it’s an option. A hatchback opening always includes the rear window of the car.

What Is A Saloon?

A saloon has a distinct luggage space – the boot, that is (or trunk, if you’re American) – which is separate from the passenger compartment of the car. Its opening does not include the rear glass. Usually there is access to the passenger compartment, technically, if the car’s rear seatbacks can be dropped, but the boot is not a door as such – so saloon cars are 4-door vehicles. With the seats up, the luggage compartment is distinct. This is why you always see mafia type figures in films driving saloons, because they’re the best thing for kidnapping a snitch.

So now you know. The next question you’re probably asking is ‘what are the benefits of each?’. Well, we’ll tell you. We’re good like that.

What Are The Benefits Of A Hatchback?

Flexibility, mainly. The big opening of a hatchback makes it easy to load large items into the boot, and it also means that when the seats are dropped down there’s a big, square-shaped loading area. That’s about it, really, although the big hole at the back of a hatchback means that the luggage space itself can be furnished with all kinds of useful stuff, all designed to make life easier. We’re talking bag hooks, twin level floors, underfloor storage spaces, cargo nets, retractable luggage covers and sometimes even separate loading compartments.

We’ll come back to the different types of hatchback in a minute. Let’s talk saloons first.

What Are The Benefits Of A Saloon? 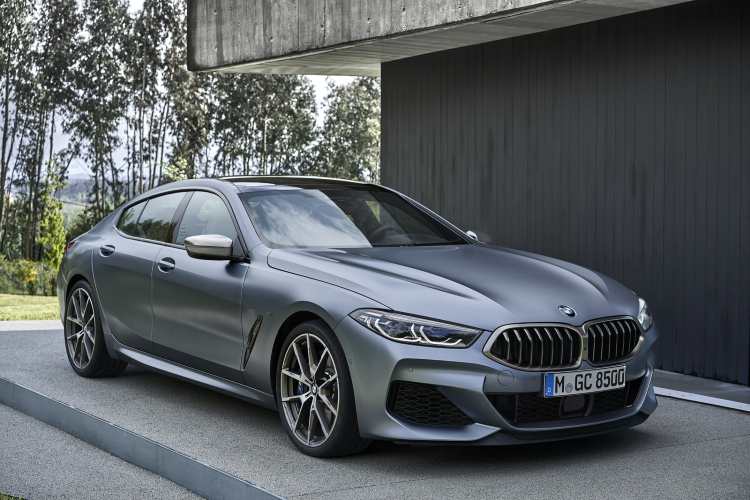 Far fewer than a hatchback. At least in pure practicality terms, anyway. Traditionally, saloons were chosen because they had a certain sense of prestige, a ‘big car’ aesthetic that marked them out visually from smaller, cheaper hatchbacks. For reasons that a designer would probably be able to explain to you, the 3-box saloon shape doesn’t really look right, somehow, with smaller cars. Don’t believe us? Have a look at saloon versions of small hatchbacks like the Renault Clio or Ford Fiesta, and tell us you think they’re attractive. You’ll have to Google them if you’re in the UK though, because very few cars of this type are sold here. You’ll see why.

Anyways, we’ve digressed. We were talking advantages. So there’s the big-car look, but also the idea that a separate boot keeps the car’s occupants separate from the dirty cargo, in a way that a hatchback does not. That seems like more of an abstract thing to us, a feeling thing, because how many cars are really carrying luggage so festering that it requires containment in a separate metal box? Not many. More tangible is the fact that saloons tend to have large overall cargo volumes, basically because the luggage compartment extends further back behind the wheels.

What Are The Disadvantages, Then?

We’ll start with the saloon because we’re on a roll with it. It’s true that plenty of people prefer the big-car vibes of the saloon and like that particular aesthetic. And that’s great. We like them too. However, it’s just a fact that they’re not as flexible as an equivalent hatchback for one principal reason: the boot aperture – the opening of the boot, that is – is letterbox-shaped by nature, which means that saloons struggle to swallow bulky objects. This is usually fine because we’re still talking about a fairly sizeable letterbox (the classic metric for a big saloon is the ability to hold 2 sets of golf clubs) but it does make carrying, say, a washing machine almost impossible. Like trying to push a guitar through a catflap.

Again, the hatchback used to have something of a stigma, if that sort of thing bothered you, but that really harks back to the days when cars were far less diverse than they are now: there were small hatchbacks, big saloons and sports cars. We’re hugely oversimplifying, but the point stands. These days, and particularly since the rise of the crossover SUV during the last decade, there’s far less of that. In fact, the big SUV has arguably overtaken the big saloon as the default executive car, which means that, technically, the hatchback is now the king of prestige.

You Mean Because SUVs Are Hatchbacks, Right? 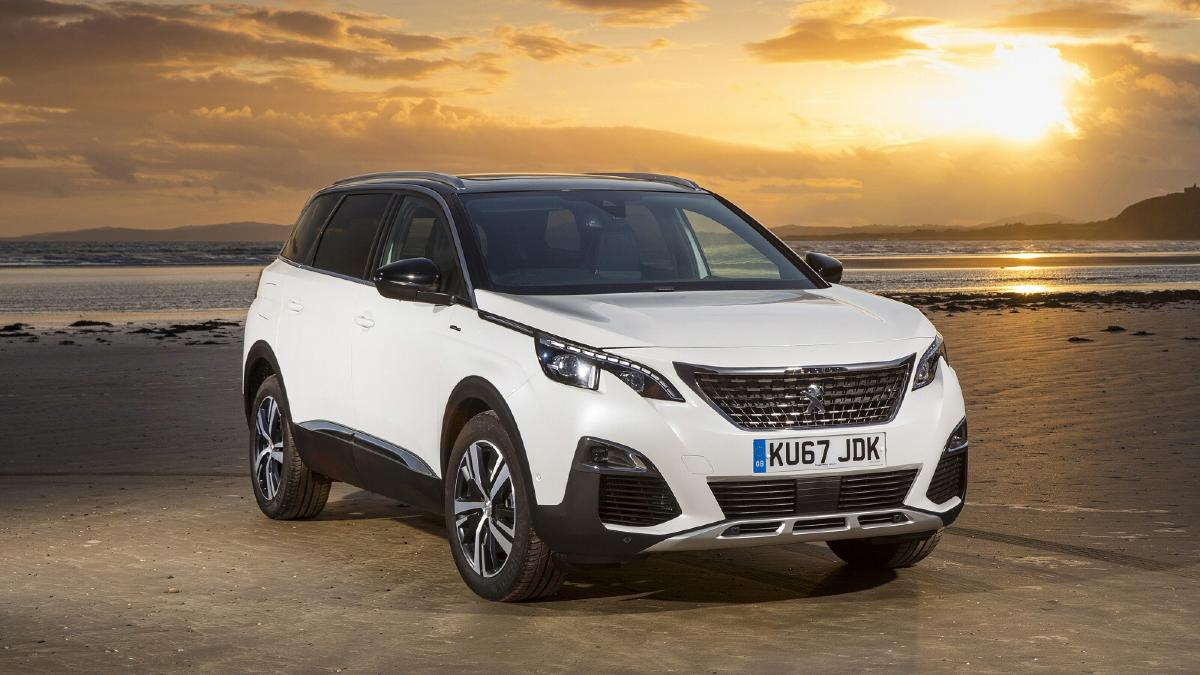 Indeed. Today there’s still only one type of saloon, really – albeit the saloon still comes in various sizes – but there are many types of hatchback. Again, by definition any car whose boot provides easy access into the car’s main cabin is a hatchback. The hatchback format has become the main beneficiary of the diversity of modern car design. There are loads of types of hatchback, in other words, and they have lots of names.

Care to go through them?

The smallest of hatchbacks, we’re talking about cars like the Volkswagen Up, SEAT Mii, Toyota Aygo, Peugeot 108 and Kia Picanto. City cars can have 3 doors or 5 and although they tend to have small boots by volume (somewhere around 200-250 litres, usually), they have plenty of flexibility.

What we’d now call a small hatchback tends to cover the thing you probably think of first when you hear the word ‘hatchback’: smallish 2-box cars like the Ford Fiesta, Vauxhall Corsa, as well as the smallest ‘premium’ stuff like the MINI and Audi A1. As per city cars, they sometimes come with a choice of 3 or 5 doors.

A family hatchback is your Volkswagen Golf, Ford Focus and Mercedes-Benz A-Class type of car, generally with the familiar 2-box shape but with enough space to hold 5 occupants and a decent amount of luggage. Despite being an absolute mainstay on the roads, especially in the UK, the family hatchback is declining in popularity at the moment as more and more drivers opt for crossover-SUVs, which offer the same flexibility but even more space. The same sort of thing is happening in the small hatchback segment, as it goes.

This is where things get a little more convoluted. The decline of the saloon is mostly on account of the rise of the SUV, but it’s also because some models that started life as saloons have now become large hatchbacks, or are at least being sold in both formats. Cars like the Ford Mondeo, Vauxhall Insignia and Peugeot 508 trace their heritage back to 3-box saloons but are now ‘fastback’ style hatchbacks – as in, the entirety of their sloping tailgates open up, including the rear screen. Similarly, the German makers are offering hatchback alternatives to their core saloons, with models like the BMW 4 Series Gran Coupe (linked to the 3 Series Saloon) and the Audi A5 Sportback (linked to the A4 Saloon).

Crossovers, or crossover-SUVs, are cars that look like off-roader-type vehicles but generally aren’t made for off-roading of any sort. They’re fat hatchbacks, in other words. It’s a simple concept, but the space and flexibility that crossovers offer means they’ve become by far the fastest-growing car segment in Europe over the last decade. And covering all shapes and sizes. Today there’s a crossover for everyone, from the Nissan Juke to the Rolls-Royce Cullinan. Most of them are quite easily understood as simply tall 2-box hatchbacks, although ‘coupe’-style crossovers are increasing in number. They feature a sloping roof which sacrifices some practicality and rear head space, but are visually… we’ll go with ‘different’. Notable examples of these include the BMW X6, Audi Q3 Sportback and Renault Arkana.

Mainly the Audi TT, really, which is a 2-door sports car but technically a hatchback. Thought we’d mention that.

Car Body Types: The Ultimate Guide
Today we have a wide variety of car styles, but what do they all mean and which is best for you?Read More
The Best Hot Hatchbacks For 2021
Check out our list of hot hatchbacks guaranteed to put a smile on your face for many years to come...Read More
The Top 25 Hatchbacks For 2021
Our handy guide on the 25 best hatchbacks you should be driving this year... Read More
We use cookies to improve your experience. Find out more in our cookie policy.