What Is A Saloon Car?

You’ve probably heard the phrase 'saloon car'’ many, many times before, but what, precisely, is a saloon car?

What Is A Saloon Car?

It is, very simply, a car where the luggage compartment is separated from the main passenger compartment by a rear bulkhead and the vehicle’s back seats. In essence, if you were to look at the saloon car from the outside, standing side-on to it, then you would see 3 distinct ‘boxes’ to the general design’s shape – 1 at the front for the engine, 1 in the middle for the people and then 1 at the back for the cargo. This is why most vehicles of this type are commonly called ‘3-box saloons’, whereas anything else on sale is normally a ‘2-box’ hatchback/estate/SUV design (1 box for the engine and another box for the passenger compartment and boot combined).

So What You’re Saying Is I Can’t Access The Boot Of A Saloon From Within The Car?

Well… that’s not true, strictly speaking. Despite the boot being separate from the cabin with the normal interior configuration of seats within a 3-box saloon, most models these days still have split-folding rear seats (almost always in a 60/40 configuration, if it’s even offered at all) or just a simple ‘through-load’ hatch, normally in the centre-rear seatback, which allows for the stowing of longer items. Like, um, skis. But in general, the boot on a saloon is usually only accessed by the external boot lid at the back of the car. 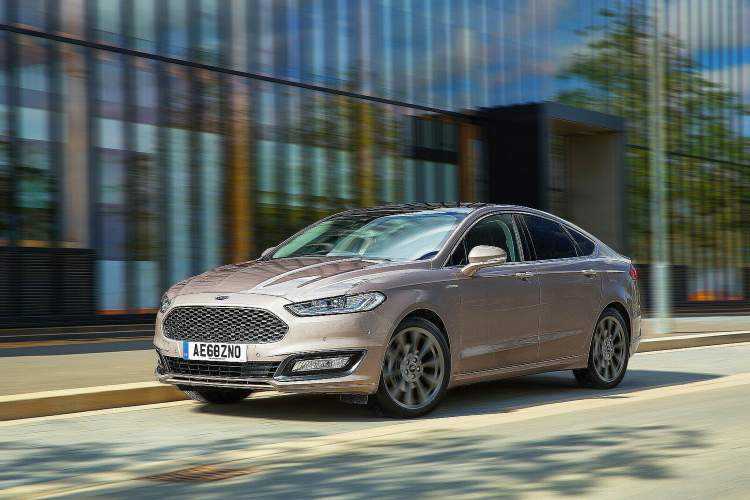 Nope. The saloon car has just the 4 doors into its passenger compartment, whereas – on any estate or crossover/SUV – the large, top-hinged boot lid classifies as a ‘5th’ door, so they’re all rated as 5-door cars. We mean, it’s not like you often see people opening the boot on their estate cars and then climbing into the back seats via the cargo area, but the classification stands.

On some hatchbacks, there are only 2 ‘proper’ doors into the passenger compartment, so with their bootlid they qualify as ‘3-door’ vehicles. But even there you’ll find that’s only offered on smaller city cars and supermini hatchbacks, and these days it’s becoming less and less common. Indeed, cars such as the Volkswagen Polo and the Renault Clio, which once had 3-door models in abundance – usually for the fastest models, like the Polo GTI and Renault Sport Clio – are now only offered as 5-door vehicles. People want practicality, see, so 5-door cars are preferred in general.

Does That Mean Saloons Are Dying Off?

They certainly don’t sell anything like as well as they did in their 1970s heyday, that’s for sure, but there are still plenty of manufacturers wedded to the idea of making 4-door bodyshells. There seems to be an air of prestige about them that sees their continued construction in the face of an SUV-shaped showroom onslaught.

Which Cars Are Saloons?

No SUV or crossover is a saloon – at all. Mercedes-Maybach toyed with the idea of such a thing in concept car form once a few years back, but thankfully this hybrid monstrosity never saw the production light of day. So all crossovers and SUVs are, technically speaking, very big hatchbacks or estates.

You can also forget looking at city cars (the smallest class of vehicle, including the Hyundai i10, Volkswagen Up, Toyota Aygo et al), because they’re all hatchbacks.

As are superminis these days (Ford Fiesta, SEAT Ibiza, Peugeot 208 etc), although there have been separate-booted versions of both the aforementioned Renault Clio and Volkswagen Polo in the past. However, every supermini sold today is a hatchback. 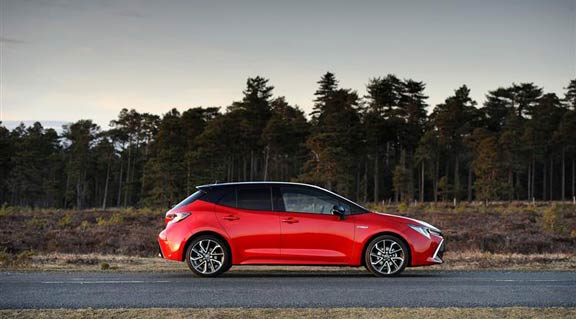 This perhaps reinforces the idea that a saloon car is prestigious, because you need to get to what is known as the ‘C-segment’ – that’s cars of the size of a Ford Focus, Volkswagen Golf, Toyota Corolla and Skoda Octavia, for reference – before you start to see any saloons at all, although (again) they’re far rarer than hatchbacks and estates in this class. Honda did do a saloon version of its 10th-generation Civic for a while, but it has been dropped in recent times, although fellow Japanese company Toyota will still sell you a 4-door Corolla, alongside the Hatchback and Touring Sports (estate) variants. But companies like Ford, Vauxhall and Volkswagen no longer do such a thing – where the Orion was a 4-door Escort, and the Belmont a 4-door Astra, and the Jetta/Bora a 4-door Golf, none of these model lines survive today. Ford did saloon versions of the Mk1 and Mk2 Focus models, but gave up trying to sell them in the UK after the Mk3 arrived in 2011, and there hasn’t been a saloon variant of the Astra sold on these shores for donkey’s years now.

It's much the same story in the class above, which used to be ‘dad’s car’ saloon heartland – think Ford Cortinas and Vauxhall Cavaliers and Peugeot 405s. Not any longer. The ‘D-segment’ is shrinking anyway, as people spending this much money on buying or leasing a vehicle will inevitably just go for some kind of crossover-SUV instead these days, but the remaining vehicles in it – the Ford Mondeo, Vauxhall Insignia, Volkswagen Passat, Peugeot 508, Toyota Corolla and the Skoda Superb – are usually all hatchbacks or estates. Yup, that includes the Insignia, Superb and 508, all of which might look like saloons from the outside… but they’re all hatchbacks. Even the 508, which cleverly disguises its shape. Both the Toyota and Volkswagen offerings are ‘true’ saloons, though, albeit VW sells the Passat as a handsome Estate model as well.

So it’s really the premium sector where most saloons now reside. We start in the compact class, where if you really want a 4-door vehicle then you can choose from the Alfa Romeo Giulia, the Audi A4, the BMW 3 Series, the Jaguar XE, the Mercedes C-Class and the Volvo S60, although be aware that – apart from the Alfa and the Jaguar – all of these are also offered as estates (called Avant and Touring, in the case of Audi and BMW respectively, and the V60 for the Volvo). 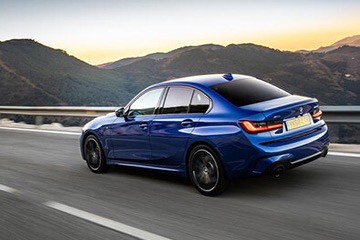 Moving up again, the larger executive class sees even more saloon-car choice, with the Audi A6, BMW 5 Series, Jaguar XF, Lexus ES, Maserati Ghibli, Mercedes E-Class and Volvo S90 all available. This time, it’s only Lexus and Maserati who don’t offer anything other than 4-door cars here, as there are estate versions of all the rest – even the Jaguar XF, the wagon version called the Sportbrake. The estate Volvo in this class is the V90, for reference. 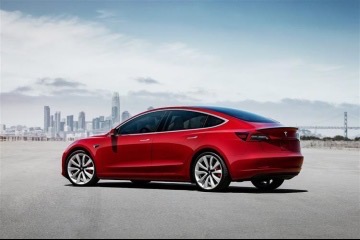 It is at the luxury limo level where saloons become the only bodystyle available. Audi doesn’t do an Avant version of the A8, BMW has no 7 Series Touring and the Mercedes S-Class is almost the very epitome of what a saloon car should be. You can also take a look at the Maserati Quattroporte (that model name, by the way, is literally translated into English from the Italian as ‘4-door’) or the high-tech Lexus LS. But don’t be fooled by the Porsche Panamera or the Tesla Model S, both of which are called ‘saloons’ by their makers but which are both actually gigantic hatchbacks. The smaller Tesla Model 3 is a proper saloon, though, as is Porsche’s Taycan high-end electric vehicle – although the Taycan also comes as an off-roading estate known as the Cross Turismo.

Finally, the top level of the saloon world is inhabited by the exotic marques like Rolls-Royce, with its Ghost and Phantom VIII models, Bentley, with the exceptional Flying Spur, and then Mercedes-Maybach, which does an even-more-opulent version of the S-Class if you want it. But none of these 3 vehicles is anything like what you’d call affordable. Mind, neither is a BMW 7 Series or similar, so maybe saloon cars really are upmarket – who knows?

For more on cars take a look at our wide range of helpful guides and reviews and, while you're here – why not browse our car leasing deals.

More On Saloons
Top Family Saloons To Lease
The top family saloons to lease all in one place...Read More
Car Body Types: The Ultimate Guide
Today we have a wide variety of car styles, but what do they all mean and which is best for you?Read Guide
The Best Cars For Motorway Driving
In a new car market increasingly dominated by SUVs, it’s tempting to wonder whether there’s really still a place for the classic estate body shape. Here, we’re going to guide you through your best options.Read More