The all-conquering Nissan Qashqai has come to dominate – and even define – its market sector, that of the medium sized SUV. Now into its third generation, the Qashqai is higher tech, higher quality and of an even higher level of desirability to customers than ever before.

But its very success in the showrooms has led the competition to up their games, most notably Korean manufacturers Hyundai and Kia. And while the Kia Sportage is an excellent crossover in its own right, it’s the striking Hyundai Tucson we’re putting up against the Qashqai this time around. So which of these 2 family movers is the best? Time to find out. 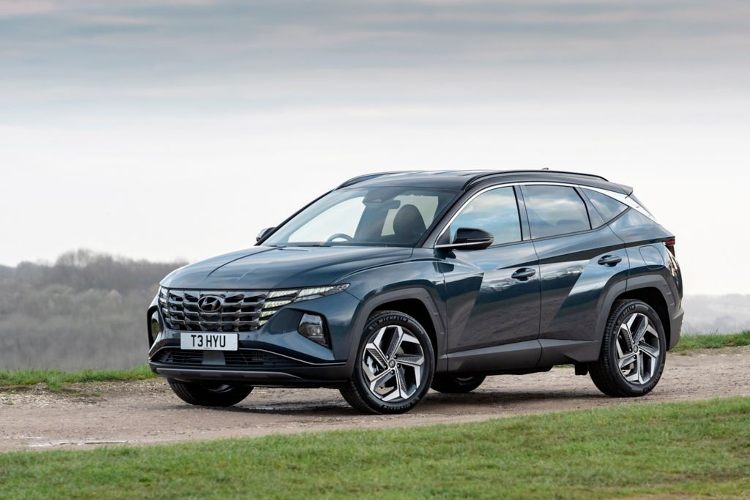 While both vehicles are good looking machines, there’s a clear differentiation between the 2. The Nissan is quietly handsome and a more generally agreeable shape, which perhaps might not elicit such strong opinions in people as the Tucson would. But by the same token, the crisp-cut Qashqai Mk3 will therefore find a broader, more widespread appeal than the potentially divisive Hyundai.

That said, the Tucson is truly standout. For some the design might be just too daring, but for the many people who love the way the Hyundai looks, there will be no competition between it and the Nissan. It has a concept-car-like appearance, thanks to a massive, gridded radiator grille that features in-built ‘parabolic’ headlights and daytime running lamps. But it’s not just at the front where Hyundai’s designers have gone to town, as the Tucson has flared-out wheel arches, swooping swage lines on the side of the body, a tapering glasshouse like a coupe and even a full-width ‘double-fang’ rear light signature.

In short, both crossovers would be something that you’d be immensely proud to park on your drive. But, visually speaking, the Hyundai is going to draw attention, while the Qashqai is going to subtly deflect it. Which you prefer is therefore a matter entirely of personal taste. 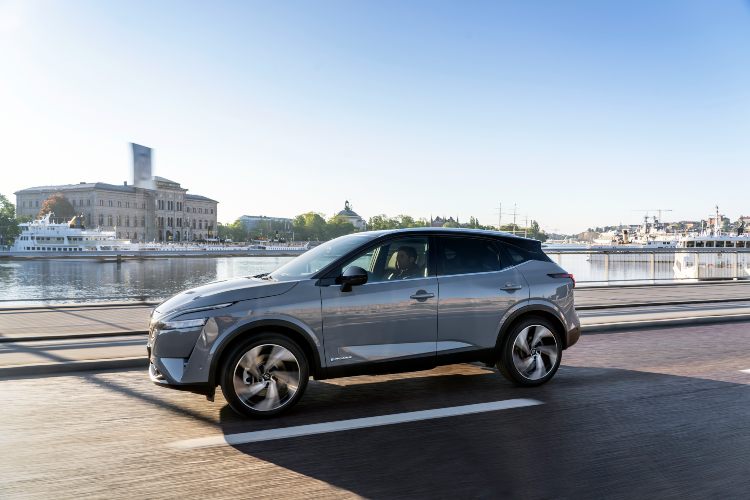 In both the Qashqai and Tucson ranges, there’s basically 1 engine doing all the work. The manufacturers then simply add more power/driven wheels/electrification (delete as appropriate) to these engines to make different outputs.

For the Nissan, a 1.3-litre 4-cylinder DIG-T petrol unit develops either 140hp/240Nm, or 158hp/270Nm, unless you pick the higher-power engine with a manual gearbox in which the torque is trimmed slightly to 260Nm. All 1.3-litre Qashqai Mk3 engines are at least mild-hybrid (MHEV) powertrains, in order to reduce fuel consumption. There’s also an unusual 187hp E-Power range-extended hybrid, but more on that later in the review.

Moving to the Tucson, it’s a 1.6-litre 4-cylinder T-GDI petrol here, which develops anything from 150- to 265hp depending on the spec. That means there’s a lot more output choice for the Hyundai than there is for the Nissan, but both vehicles offer the choice of manual or auto gearboxes, and either front- or 4-wheel drive.

When it comes to how they feel on the roads, both of them major on a quiet cabin, impressive rolling refinement and a comfortable ride before anything else. The Tucson maybe has a little bit more steering feel and a sense of improved road-holding, while its stronger engines – most notably the 265hp plug-in hybrid model – give it really punchy performance. But the Qashqai is more than capable of holding its own, especially in 158hp format, and its pleasant demeanour will make it very easy to live with.

Which Is More Practical? 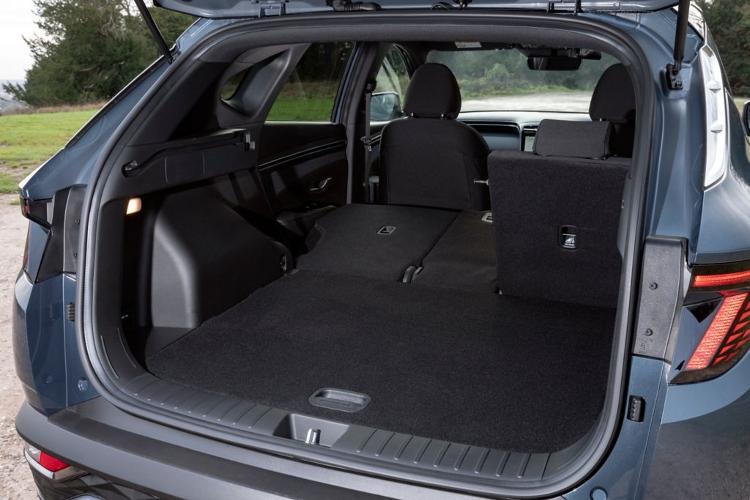 The Nissan’s interior has the usual smattering of cupholders, storage compartments, USB sockets and large door pockets able to accommodate large bottles, so it should swallow up the assorted paraphernalia of family life very easily indeed. It also has a digital instrument cluster on all models, although this is a smaller 7-inch affair on lower-spec cars, only rising to a 12.3-inch array on the mid-grade N-Connecta versions and above. Still, it keeps its climate controls on a separate panel of physical buttons, so you’re not having to prod about in multiple menus on the central touchscreen infotainment on the move if you want to adjust the in-cabin temperature by a degree or 2.

The Hyundai again has the visual edge on the Qashqai inside, because every single model in the Tucson range has the twin 10.25-inch screens (1 in the cluster and 1 for the infotainment) that make up a very technically impressive digital human-machine interface. Its dashboard design is also a little more swoopy, too, yet it doesn’t sacrifice ergonomic common sense – the climate controls are on a separate panel, albeit a digitised one rather than old-fashioned physical buttons, and all the useful storage cubbies are present and correct throughout the interior.

In terms of space, the Tucson edges things, simply because it’s slightly longer than the Qashqai, with a wheelbase that eclipses the Nissan’s by 15mm. This means rear passenger room is that bit more generous and comfortable in the Tucson, although the Qashqai’s second row is still a fine place to have to spend a longer motorway journey – even if you’re a tall adult.

It’s the same story with the boot capacities. The Qashqai has different boot sizes depending on model, but as a minimum with all 5 seats up, you get 436 litres of cargo space, rising to 504 litres at best; decent numbers for a family SUV. Fold the second row of chairs down, and the figures increase to 1379 and 1593 litres respectively. However, the Hyundai, even as a plug-in hybrid, has 558 litres minimum with its seats up, while the plain petrol models boast 620 litres. Those numbers increase to anything between 1737-1799 litres with the rear seats folded down.

Incidentally, neither of these 2 SUVs are available with 7 seats; both are 5-seater vehicles only. 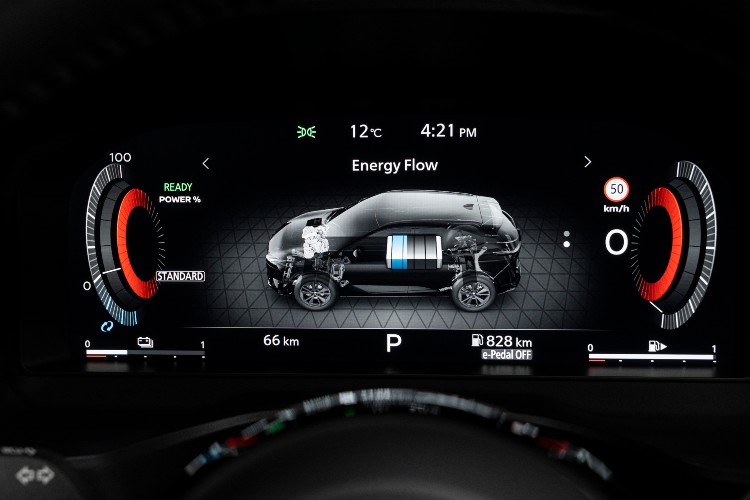 Taking the non-plug-in models as a comparison, broadly speaking the Nissan and the Hyundai are going to cost you about the same. The Nissan’s range of mild-hybrid-assisted powertrains deliver between 40.4-44.8mpg, with attendant CO2 emissions of between 142-160g/km. For the Tucson, the same numbers range from 39.8-49.6mpg, with CO2 pegged from 131-160g/km; and the best returns for the Hyundai, of 49.6mpg and 131g/km, belong to the Hybrid model (see below).

It looks like the Qashqai fights back with the E-Power variant, which records official figures of 53.3mpg and 119g/km, but then the Tucson Plug-In Hybrid trumps everything – it will be by far the cheapest for company-car users, as it has a quoted CO2 output of just 31g/km, and the 201.8mpg economy figure is a typical plug-in hybrid selling point, as is the 38-mile all-electric driving range.

Are There Any Electric Or Hybrid Versions? 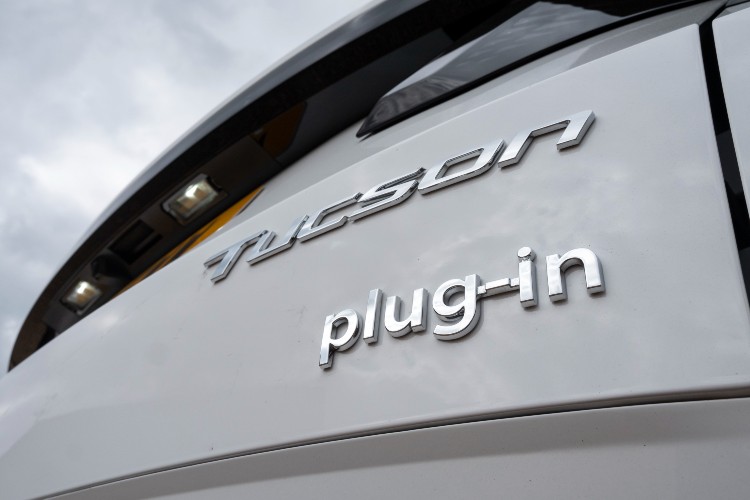 Neither of these models is available as a full electric, but by way of compensation both their parent manufacturers make fully electric alternatives if you want them – Nissan launched the impressive-looking Ariya in 2022, while Hyundai has both the relatively long-serving Kona Electric SUV and the fabulous Ioniq 5 large hatchback as options if you want fully zero-emissions running.

However, all 1.3-litre versions of the Qashqai are mild hybrids, so technically it has an entirely ‘electric’ range, in a way. There’s also the unusual E-Power model, which teams a 1.5-litre engine to an electric motor in such a manner that the petrol unit is only ever used as a generator for the electric propulsion system, making it a range-extended hybrid of a sort.

The Tucson has 1 regular plain petrol model at the base of the line-up, then a selection of mild hybrids above that. There’s also a ‘full’ 230hp Hybrid, which can run on electric power for short periods of time and which doesn’t have any plug-in charging capability, as well as the flagship 265hp Plug-In Hybrid model – which has a much larger battery (13.8kWh), allowing for up to 38 miles of all-electric running.

What you have here are 2 excellent family vehicles, among the finest crossover-SUVs in their class and strong overall choices for any end user. Choose the Nissan Qashqai and you will not be disappointed in the slightest – it’s an attractive machine with a quality, high-tech interior, plenty of interior space, good technology levels and affordable running costs. It’s also good to drive in a wide variety of scenarios, too.

But, for our money, the Hyundai Tucson has a little more star appeal in all departments. Its styling is more adventurous, the cabin feels more luxurious (and is undoubtedly roomier, as well), and there’s a greater spread of powertrain choices to go at. So good is it, in fact, that it’s not just what we’d recommend in this twin test – it’s what we’d recommend first and foremost among such crossover vehicles. The Tucson is definitely a class-leading creation.

Take the winner for a ride with our Tucson deals below, or check out more of our handy car leasing guides to help you find your next perfect lease.

Nissan Qashqai Review
The Qashqai kickstarted the entire SUV revolution - but does this new version see Nissan retain their crown?Read Review
Hyundai Tucson PHEV Review
Is it madness to suggest that a Hyundai could possibly tempt you out of a BMW X3? This Tucson suggests it isn't as Matt Robinson puts this crossover-SUV through the Vanarama road test.Read Review
Nissan Qashqai Colour Guide
We have put together a comprehensive colour guide for the Nissan Qashqai. Read Guide
Hyundai Tucson Colour Guide
Here’s a detailed look at the paint palette available on the Hyundai Tucson 5-seater midsized crossover-SUV, which we hope will help you choose your perfect new car colour.Read Guide