If you don’t know what a Qashqai is… where have you been? They’re everywhere. There are of course some very good reasons for that, not least the fact that the original Qashqai was responsible for kicking off the whole ‘crossover’ thing – a thing that caused a seismic shift on the family car market, it’s no exaggeration to say. People were driving their kids around in SUV-shaped cars long before the Qashqai came along, of course  – the Toyota RAV4, for instance – but Nissan’s 2007 Qashqai was the first to imbue the road manners of a family hatchback into an SUV shape. Nissan screamed about that from the rooftops, including naming its genre-mashup a ‘crossover’. A new breed of car was born.

This is the second-generation car, which came in 2013 and was updated in 2017 with some styling changes and interior quality improvements. The biggest change came in 2018 though, when Nissan introduced a 1.3-litre turbo petrol engine developed with Renault and shared with, among other cars, the Mercedes-Benz A-Class. A twin-clutch automatic came with it, too, replacing the CVT gearbox. A smart move. The CVT wasn’t pleasant, and the 1.3 engine is probably the best thing about today’s Qashqai. It’s also the only engine available with the car now, albeit in two states of tune: 140hp and 160hp. The new Qashqai has 16 paint options, so those who like to customise should check out our Qashqai colour guide.

What’s Great About The Qashqai?

There are dozens of crossover SUVs to choose from these days, of all shapes and sizes, but still very few that match the Qashqai’s blend of a manageable footprint and interior spaciousness; it’s a proper five-seat car with a big and flexible boot space, but it’s also completely unintimidating to park and manoeuvre generally. Add to that light steering, a very quiet turbo petrol engine, a twin-clutch automatic option that’s both smooth shifting and economical, and a feeling of high-set visibility, and the Qashqai is still very appealing. It feels well made too, with that sense of soft-touch heft to all the contact points.

The cabin is looking its age now. It’s all very busy and has more buttons than audition day for a West End Cinderella production, some of which are not especially pleasant to use, like the heated seat rocker switches embedded behind the cupholders. Similarly, the infotainment screen looks small now as compared to the digital panoramas of more modern cabins like that in the Volkswagen Golf, and the graphics aren’t the clearest. Still, some will like the old-school feel of the thing, and the fact that the controls aren’t buried deep into touchscreen sub-menus, as is increasingly becoming the case. 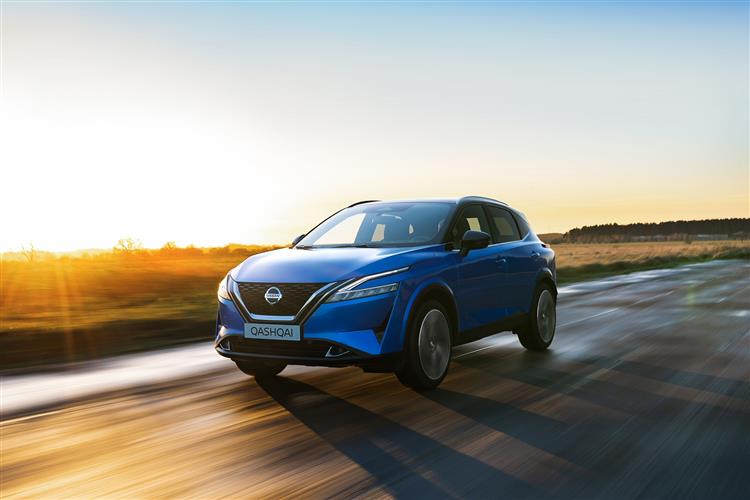 The Qashqai drives nicely, with a caveat or two, the main one being wheel choice. In trying to make this drive more like a family hatchback (as in a Ford Focus or a VW Golf, say) than a tall, wallowing SUV, Nissan has set the Qashqai’s suspension up on the firm side. It means that if you have a higher spec model, on bigger alloys with thinner tyre sidewalls, the ride can feel a little harsher than you’d like. And while that the car doesn’t suffer from much excess body roll, which is good, it also doesn’t throw up too much of that elusive ‘feel’ that the best hatchbacks do. Again, a Ford Focus, say. You really do feel perched on top of the Qashqai as opposed to feeling close to the road, connected to it.

Of course, that also means that you get that sense of high-riding good front visibility, which is what most buyers are looking for from a car like this, as opposed to deep seated driving thrills. On that basis the Qashqai succeeds. Its light steering, quiet refinement (generally) and relatively small proportions make it an easy thing around town. The 1.3-litre petrol engine is a lovely unit too, keen to rev, punchy but also generally quiet. And Nissan’s decision to ditch the whining CVT automatic of older versions and replace it with a quick shifting and smooth dual-clutch automatic (called DCT) was a good one. The only situation in which the Qashqai feels a little uncouth is on the motorway, when it throws up noticeable wind noise and a tendency to jolt over expansion joints.

Whichever spec you go for, the Qashqai is on a basic level a very practical family car – still one of the best, we think, in terms of offering lots of useable space in a footprint that’s in no way intimidating around town. There’s plenty of legroom and headroom front and rear, and the boot, while not being the biggest in the class at 430 litres (the Citroen C5 Aircross packs 720, for reference), has been designed intelligently. The twin-level floor splits into two sections for flexibility, and with the split-folding rear bench dropped there’s a perfectly flat loading bay. Up at the front of the cabin there’s plenty of storage, including a deeply recessed central storage box, a sizeable glovebox and a good few oddment spaces in the centre console. 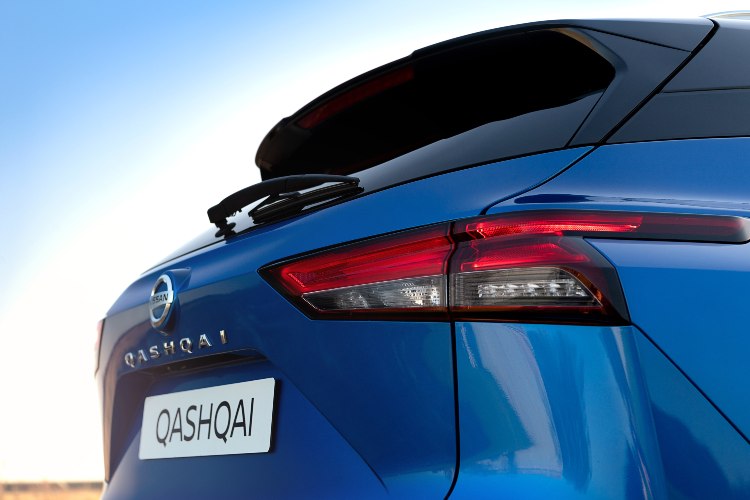 A new, third generation Qashqai is due to be launched in 2021, but for that reason today’s model makes for a remarkably cost-effective and well-equipped family car; as is usually the case when a model is on its way out, Nissan has pared back the range significantly and made every version very well specified. All cars come with 17-inch alloys, dual-zone climate control, smartphone mirroring, parking sensors all round, navigation, a reversing camera and a host of safety stuff including speed sign recognition, lane departure warning and intelligent emergency braking. Basic spec is called Acenta Premium, if you’re wondering.

The 1.3 litre turbo petrol engine, called DIG-T, is reasonable on fuel too, returning a claimed 44.9mpg and 143g/km regardless of power output and gearbox choice, meaning you’ll actually achieve high 30s economy. Sure, that’s probably 10mpg less than you’d get with a diesel, but this is an altogether more pleasant engine and, of course, petrol itself is a little cheaper.

If you are thinking of leasing one of these, you’re not alone. Even as it approaches the end of its life, this Qashqai remains embedded firmly into the top ten best-sellers in the UK, where it’s been consistently since 2013. That tells you that the Qashqai still has plenty of appeal. You’re unlikely to have any reliability issues with it either, with Nissan placing 4th in the latest JD Power manufacturer reliability survey, ahead of all three of the major German manufacturers.

If you don’t really need the Qashqai’s space, the Toyota ‘Coupe High Rider’ is a uniquely styled and interesting choice.

Quirky looking, extremely comfortable and massive, the C5 is slightly pricey but brilliantly spacious and calm to drive.

"There are dozens of crossover SUVs to choose from... but still very few that match the Qashqai’s blend of a manageable footprint and interior spaciousness; it’s a proper five-seat car with a big and flexible boot space, but it’s also completely unintimidating to park and manoeuvre generally."

More On The Qashqai