A heavyweight battle here, as 2 of the most sought-after midsized crossovers go head-to-head as we pit the Kia Sportage against that juggernaut of the showrooms (and arguably the forefather of this segment), the Nissan Qashqai.

So which one do you think has shifted more units this year, earning the title of ‘Top-Selling Crossover Of Them All’? Yep, that’s right, it’s the Nissan Qas- *checks notes*… hold on a second! It’s not! It’s the Kia Sportage, leading the Qashqai by a couple of thousand units at the time of writing. So which should you choose: the Korean challenger, or the Japanese warrior? Time to find out.

How Has The Sportage Outsold The Qashqai This Year? 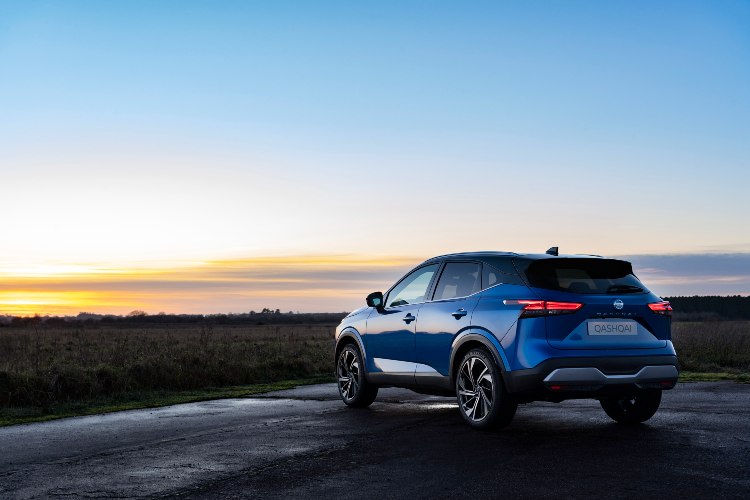 Well, it’s because Nissan has spent this year evolving the 2nd-generation Qashqai into the all-new Mk3, which Mark has driven recently. While Kia is about to wind down the Sportage Mk4 for the impending Mk5. So sales of the Nissan would inevitably have slowed and then decreased while the Mk3 was being readied for showrooms. For instance, in September, the Qashqai returned to its rightful top-crossover spot (and 5th overall in the sales chart), pipping the Sportage by just 14 units (4118 v 4104) to push the Kia down into 6th place. To put that into wider context, the only 4 cars with shiny 71-plates on them that the British populace wanted more than either of these 2 vehicles were the Tesla Model 3 (1st), the Vauxhall Corsa (2nd), the BMW 3 Series (3rd) and the Toyota Yaris (4th).

How New Is The Kia Sportage? 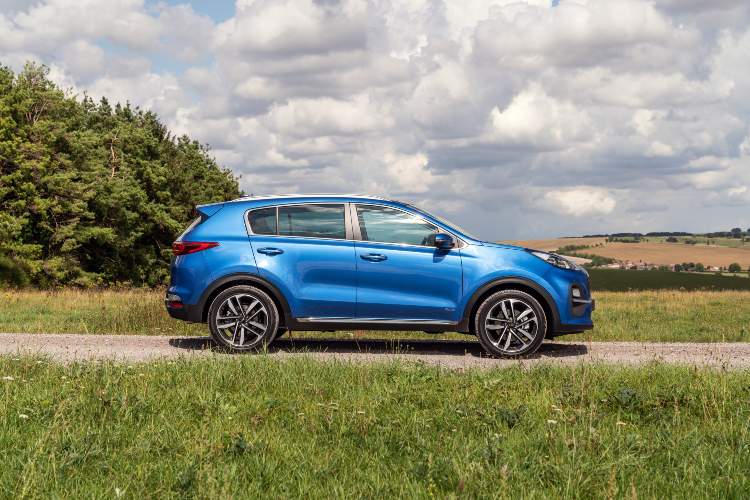 The Sportage has been around since 1993 and is about to morph into a highly striking 5th-generation form – which looks even more daring on the outside than the closely related Hyundai Tucson, itself no shrinking violet in terms of exterior design – while the Qashqai only burst onto the scene in 2007. However, there’s a whole debate about which was the 1st true crossover and lots of names are put forward, but it cannot be argued that the Qashqai really popularised the idea. There has been a whole glut of crossovers since 2007, including smaller and even larger ones from all sorts of companies, and as a result the Qashqai has since come to define its market sector.

What's Good About The Kia Sportage? 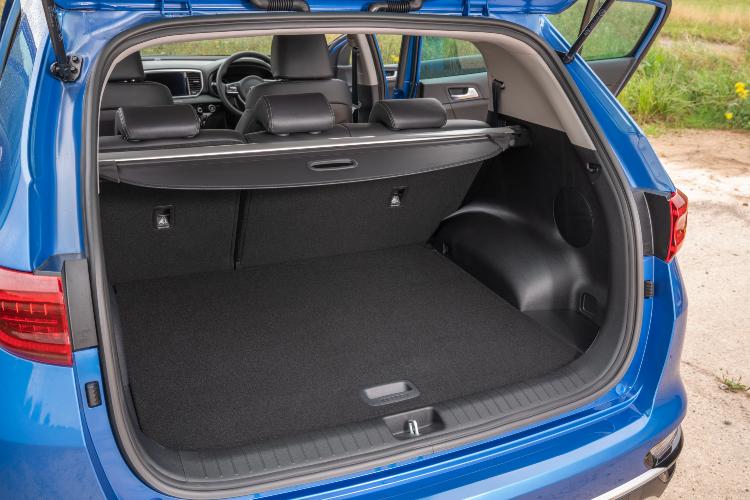 It’s a very capable all-round operator. Truth be told, there’s no single area where the Kia could be considered class-leading, but then there’s also no real glaring weakness in the package either. Always a very cheap-and-cheerful yet compromised machine in its Mk1 and Mk2 formats, the Sportage took a huge step forward in quality with the Mk3 of 2010 – responding to the influence of that Mk1 Qashqai, see? – and the Mk4 only built upon that when it landed in 2016.

Unusual front-end styling aside, what with those detached headlights and slightly surprised expression as a result, it appears solid on the outside and the cabin is much improved within. Everything looks and feels premium, and the standard equipment levels are (as you’d expect of a Korean car) generous almost to a fault. Throw in plenty of space in the 2nd row of seating and a large 491-litre boot, rising to 1480 litres with the rear bench folded down, and you can see why the Kia has appeal. And we’ve not even mentioned the 7-year warranty yet, have we?

How New Is The Nissan Qashqai? 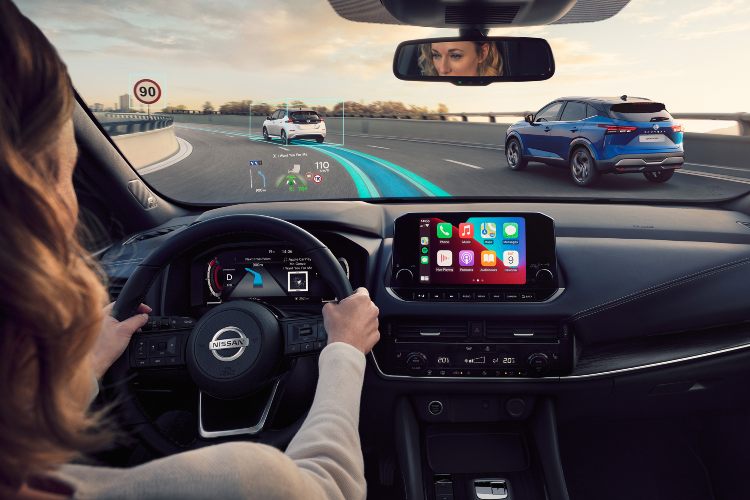 The First Qashqai was availble in 2007, and you can see the clear evolutionary leaps the Qashqai has made from generation to generation. Don’t get us wrong, we admire the principle of the original Mk1 and what it stood for, and lord knows enough people bought that forefather model in their droves. But it was never very exciting. It looked dull on the outside, it looked dull on the inside and it was dull to drive. The Mk2 of 2014 was far more interesting to behold on the outside and had a few more visual flourishes for the cabin, but it was still never what you’d call ‘exciting’. Despite the fact it was even more in demand than the Mk1.

The Mk3 still might not be the most thrilling thing to drive, but it once again ups the aspirational overtones both outside and in. The sharp-edged, crisply defined styling on the outside is a real winner, especially in one of the 2-tone paint schemes (see our Qashqai colour guide for details), but it’s the cabin where loyal, maybe even serial Qashqai owners will most revel in the new car. The tactility of the materials used and a superb digital interface, including one of the biggest and best head-up displays in any car available right now, all go to making this Nissan feel much more upmarket than its predecessors. Read our in-depth Qashqai review for a more thorough runthrough of all of its features.

What Engines Are Available For The Sportage And Qashqai? 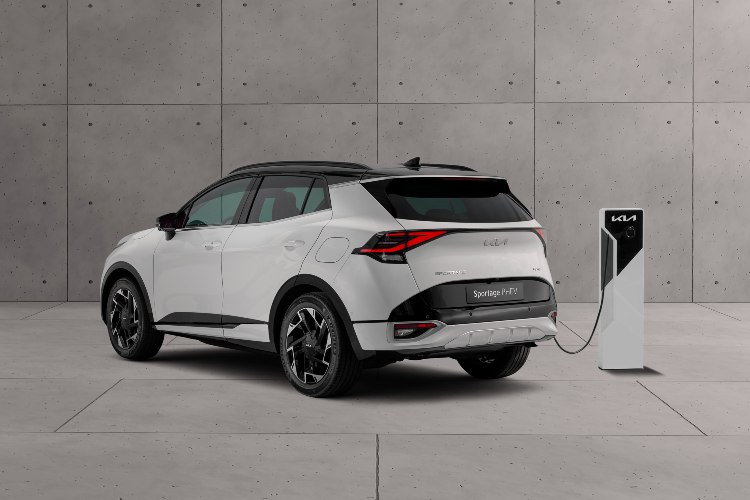 The Kia Sportage uses 1.6-litre engines across the board. The petrol models are called either GDI (non-turbo) or T-GDI (turbocharged), and that means either 132hp and 161Nm from the GDI, or a much healthier set of figures from the T-GDI in the form of 176hp and 265Nm; that swollen torque figure is what will make the T-GDI far nicer to live with day-to-day than the GDI, if you’re looking to lease a Sportage. Anyway, a 6-speed manual gearbox and front-wheel drive is the order of the day here, although the 176hp model can be specified with options such as a 7-speed dual-clutch automatic transmission and/or all-wheel drive, making for 4 different drivetrains with the same engine.

In terms of diesel power, every Kia Sportage Mk4 is a 48-volt mild-hybrid electric vehicle (MHEV) since the facelift in 2019, but they all use the same 136hp/320Nm 1.6-litre unit. You can have this with either the manual or automatic gearboxes and front-wheel drive, or you can have an all-wheel-drive variant – but that only comes with the automatic transmission.

Moving to the Nissan, it uses just ‘1’ engine at the moment, which is a 1.3-litre DIG-T turbocharged petrol that comes with MHEV assistance across the board. Split, informally speaking, into Low Output (140hp/240Nm) and High Output (158hp/260Nm) derivatives, you can only have the 140hp car as a front-wheel-drive manual, whereas the 158hp model comes as a front-drive manual, a front-drive Xtronic (that means CVT automatic) or an all-wheel-drive Xtronic. If you specify the automatic gearbox, you get an extra 10Nm of torque for a peak figure of 270Nm.

How Practical And Economic Are They? 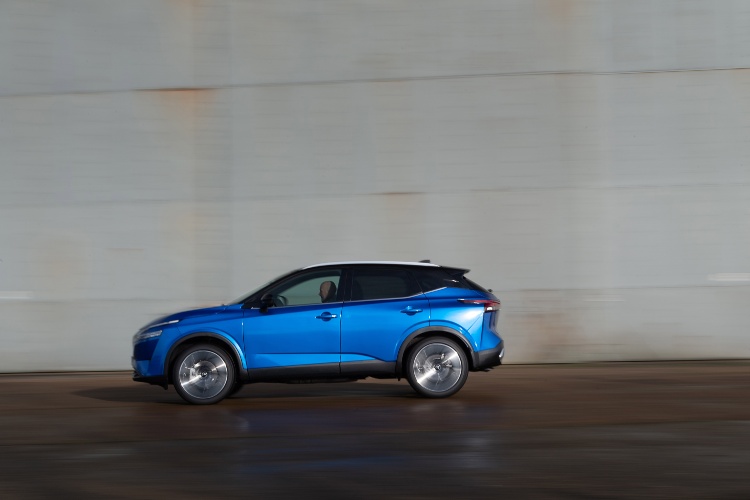 If you want petrol power, the Nissan is the clear winner here – mainly because it doesn’t have a diesel engine option at all, so the company seems to have focused on making its petrols as clean as clean can possibly be. You should get anything between 40.4- and 44.8mpg from the DIG-T engines, whereas the Kia runs from 33.2mpg on the 1.6 T-GDI AWD model to 37.7mpg on the T-GDI which is only front-wheel drive. CO2 emissions are also higher on the Korean, ranging from 170- to 192g/km, whereas the Qashqai line-up emits between 143-160g/km.

The diesel Sportages can provide anything from 46.3mpg up to 52.3mpg combined, with CO2 emissions of 141- to 159g/km. So they’re about the same on tailpipe outputs as the petrol Nissans, which shows you how advanced the MHEV gear on the Qashqai is.

Are There Any Plug-in Hybrid (PHEV) Models?

Not as yet. We’d expect the incoming Sportage Mk5 to have a PHEV variant, as one has just been introduced on the larger Sorento 7-seat SUV, but Nissan is taking a slightly different approach. Coming soon will be a model called the E-Power. This uses a 1.5-litre 4-cylinder petrol engine, rated at 154hp, but this combustion unit never turns the vehicle’s wheels. Instead, it is used in a kind of ‘range extender’ capacity for a 187hp/330Nm front-axle-mounted electric motor that handles propulsion. Clever stuff, although some would prefer an out-and-out electric model of the Qashqai, rather than one which will still have to burn fossil fuels to work.

How Do They Drive? 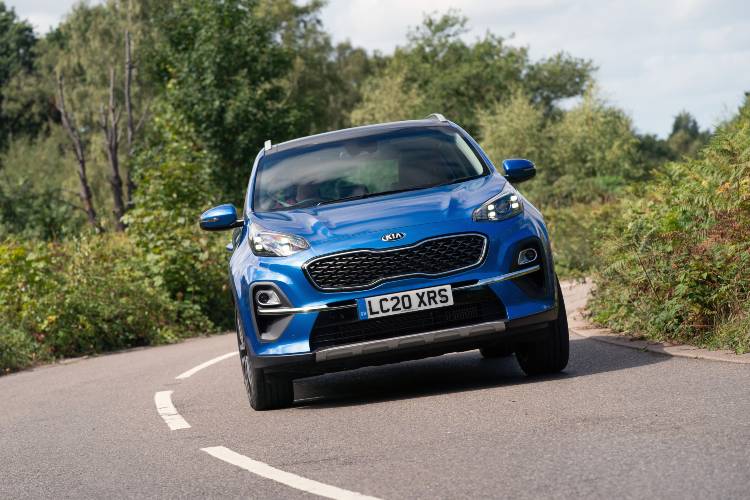 Let’s be honest, neither of these 2 are going to set your pants on fire if you happen to find yourself on a really interesting stretch of road, but if it were our money going into a lease then we’d look at the Nissan first, in terms of its dynamics. That it is a newer design of car than the ageing Sportage gives it the edge on rolling refinement, while the Nissan’s 1.3 DIG-T is also a smoother, quieter engine than the Kia’s 1.6. True, the Qashqai’s steering is overly light and notably feel-free, so you won’t have much of an idea what is going on at the wheels when you’re steering it, but for the way it has been geared to ease away the stresses of the daily grind, the Nissan is a very accomplished machine. It’s just… nice to drive, in an effortless, no-brain power-required way.

The Kia’s by no means bad, but tyre roar is elevated within the cabin and it’s also no-great shakes in the corners. Furthermore, it has a clunkier shift action to its manual gearbox than the Qashqai, although we wouldn’t be rushing out to crown the Nissan’s 6-speed transmission as award-winning or anything. It can also feel a bit notchy and long-of-throw on occasion.

Which Should I Choose, Sportage Or Qashqai? 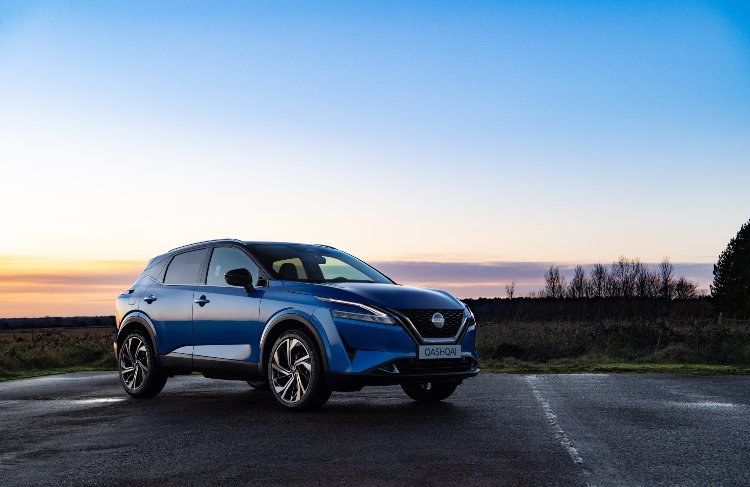 Depending on your budget, we’d say the Nissan Qashqai. The Kia Sportage remains a great-value proposition, with a long warranty and a thoroughly pleasant cabin. But you can feel the technology onboard is a step behind the latest gadgetry developments, which is a sensation which permeates into the driving experience. It’s not quite as polished and debonair as the Qashqai.

The Nissan’s always been about providing safe, fuss-free motoring and that continues into the Mk3 generation, so it’s not winning this head-to-head on the basis of a transformative driving experience. No, what’s changed here is that a car which has always sold well throughout its 14 years in UK showrooms now has an extra gloss of visual appeal on the outside, coupled to one of the best and most tech-laden interiors in any crossover going. Aim a little more towards the top of the Qashqai spec tree and you’ll get a premium-feeling, thoroughly likeable family machine. As a result of that, it’s our preferred choice here.

Nissan Qashqai Review
The Qashqai kickstarted the entire SUV revolution - but does this new version see Nissan retain their crown?Read Review
Nissan Qashqai Colour Guide
We have put together a comprehensive colour guide for the Nissan Qashqai. Read Guide
Kia Sportage vs Hyundai Tucson
The Sportage and Tucson are actually very closely related cars, but that’s not to say they’re exactly the same...Read More