If you’ve got a large brood of children and you need 1 vehicle in which to carry them all, you’ll be needing our helpful rundown of the best cars for fitting child seats into. We've covered the best cars for three isoifix points for the biggest families, so here we look at the 10 greatest vehicles for accommodating those bulky child car seats with the most ease. 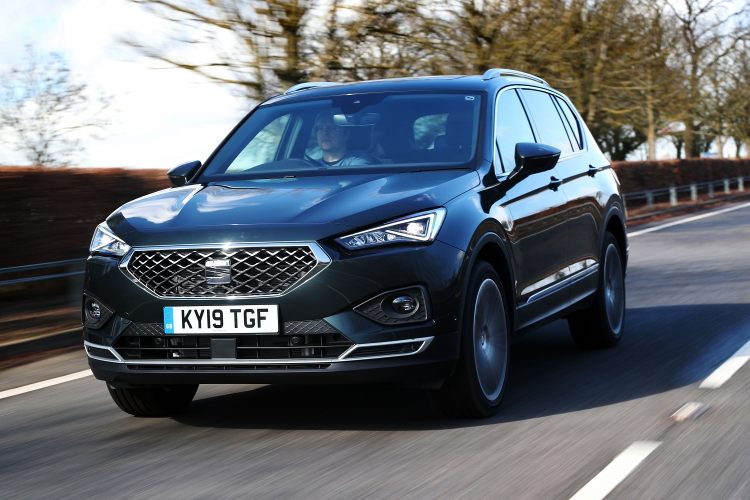 We kick off with a 7-seat SUV, of which there are plenty on the market. The Tarraco wins plaudits because it comes with 3 Isofix mounting points as standard, with 1 on the front passenger seat and 2 in the outermost chairs of the 2nd row. Sadly, it doesn’t offer Isofix in the 2 seats in row 3, but at least you can fit older children’s booster seats back there at a pinch, using the 3-point seatbelts. As an alternative to the Tarraco, you could also consider the mechanically similar (albeit older) Skoda Kodiaq. 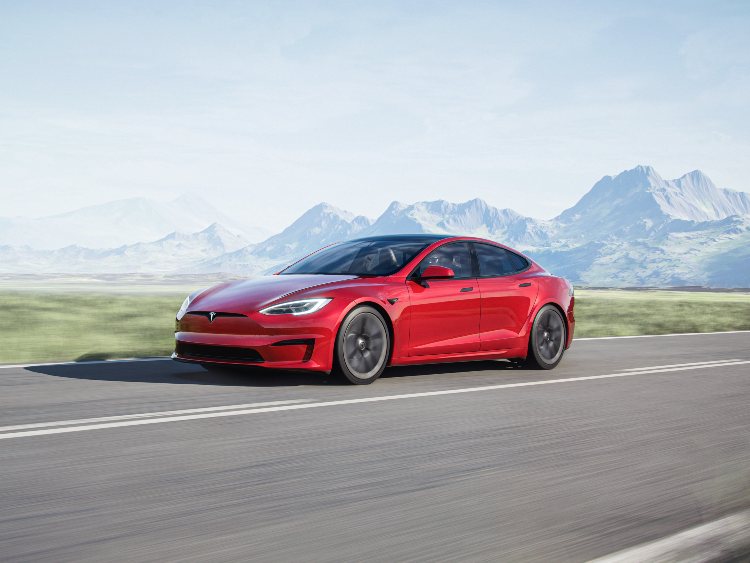 The updated Model S not only comes with a massive 1-shot range, for an electric car, at 405 miles, but it is one of the few cars which can accommodate 3 child seats side-by-side in a single row of cabin seating. It manages this mainly because it IS electric – with no fuel tank to accommodate, the interior layout can be more practical for families. Tesla has also announced that the rear-facing jump seats may make a comeback for the updated Model S, bringing its total seating count in the interior to 7, but even without those fitted it’s still a hugely practical machine – if not exactly cheap. 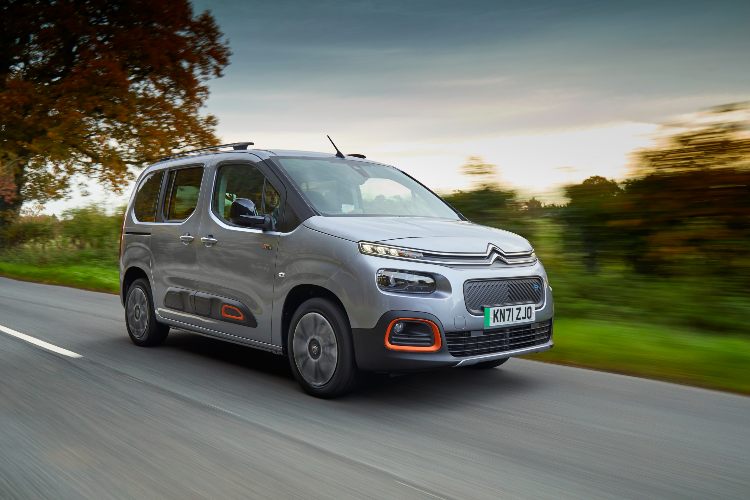 Citroen’s got a lot of form in this particular arena, with both its large Grand C4 Spacetourer and enormous Spacetourer MPVs also offering lots of Isofix points and interior flexibility. However, it’s the French firm’s smaller Berlingo we’ve chosen, mainly because it offers 3 child seats side-by-side in row 2 of the cabin, whether you go for the shorter-wheelbase 5-seat model or the longer 7-seat variant. Opt for the latter and you of course have another couple of chairs in the back which older children could sit in by using the 3-point seatbelts (albeit without Isofix fittings), and to top it all off the leasing costs for this one are incredibly affordable, starting from less than £250 per month. 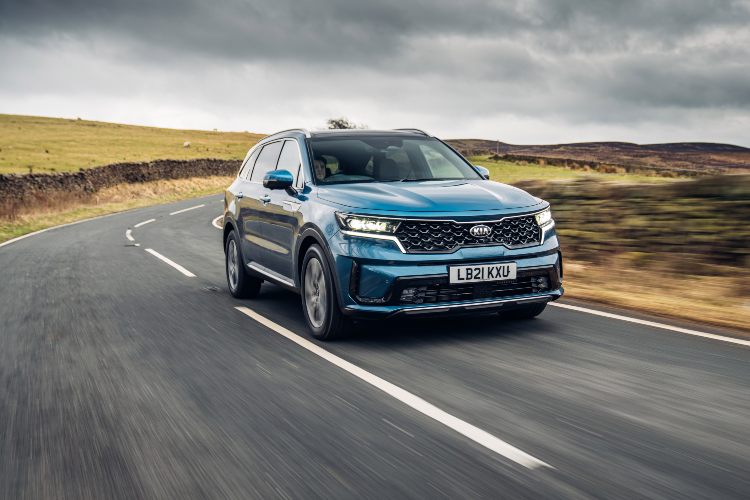 A trio of 7-seat SUVs coming up now, with the first to be chosen, the excellent Kia Sorento. This has loads of clever touches in its cabin to make family life easier, such as USB ports in the sides of seat backs, but it also comes with 7 seats in the cabin as standard, placing 4 Isofix points on the outer chairs of rows 2 and 3 of the interior. That means you can’t get 3 child seats abreast on row 2, but it’s still mighty practical nonetheless – and the Sorento is only knocked down into 7th by virtue of its higher leasing prices compared to the vehicles in positions 6 and 5 on our countdown. 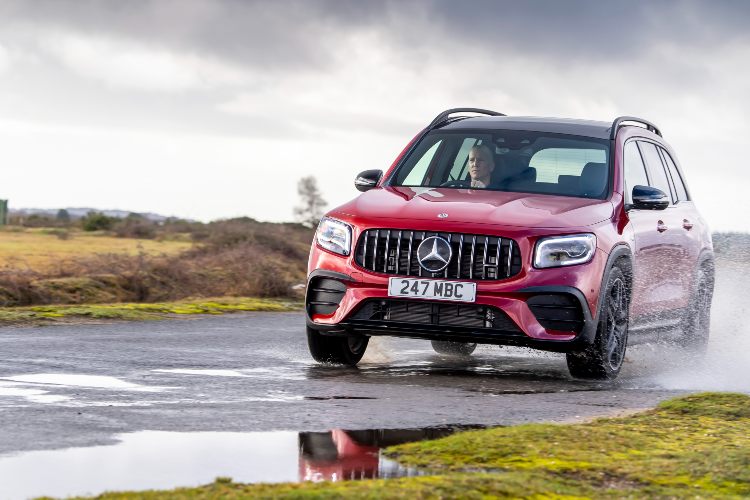 This is an incredible piece of packaging by Mercedes-Benz, because while the GLB is a 7-seat SUV, its underpinnings are related to those found in the A-Class hatchback. That means its 3rd row of seating is pretty compact, to be fair, and the 3-pointed badge does inflate monthly leasing costs to a degree, but you won’t find any 7-seat SUV which has a smaller road footprint than this one – meaning the GLB is relatively easy to park for such a practical family machine. Again, like the Kia Sorento, the Merc’s Isofix points are arranged 2-apiece in the outer positions of the 2nd and 3rd rows of seats. 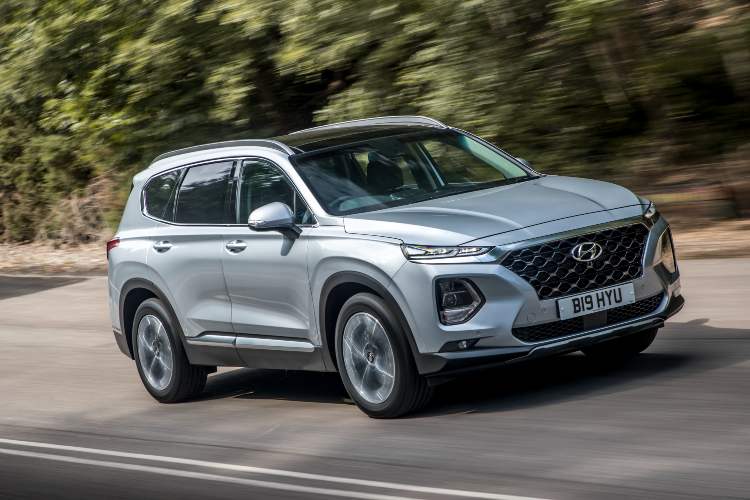 Related to the Kia Sorento, the Hyundai Santa Fe is more daring to look at on the outside and it also has lower leasing prices, so it takes the higher position on this list. That said, the Santa Fe does much of the same stuff as the Sorento, but that’s no bad thing at all. This is an elegant, comfortable and practical family SUV, backed up with a great warranty and offering 4 Isofix points arranged in a 0-2-2 formation, in a cabin which comes with 7 seats and loads of space as standard. 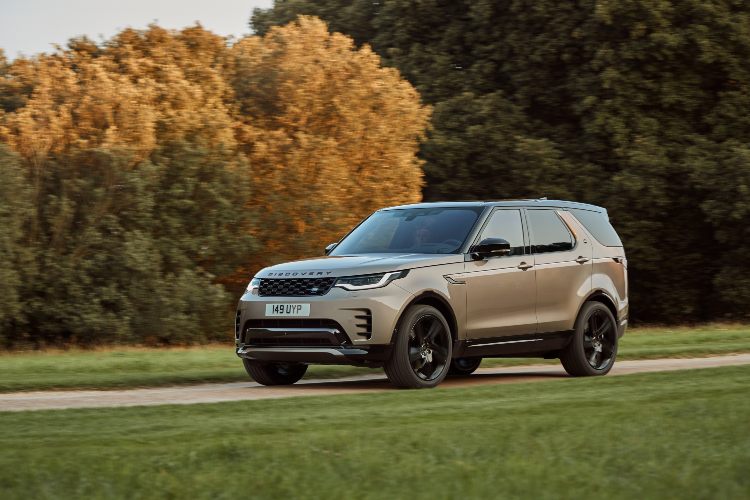 Increasing the Isofix count to 5, the Land Rover Discovery is a prestige 7-seat SUV so it’s not cheap to lease, but it is a beautiful thing to travel in. It adds its 5th Isofix on the front passenger seat, so it still can’t take 3 child seats abreast on the 2nd row, but it has a more spacious 3rd row of seating by way of compensation. So you and your family should be able to easily arrange yourself in plenty of comfort in the Disco’s super-luxurious cabin, as long as the non-driving adult doesn’t mind sitting in the middle of row 2… 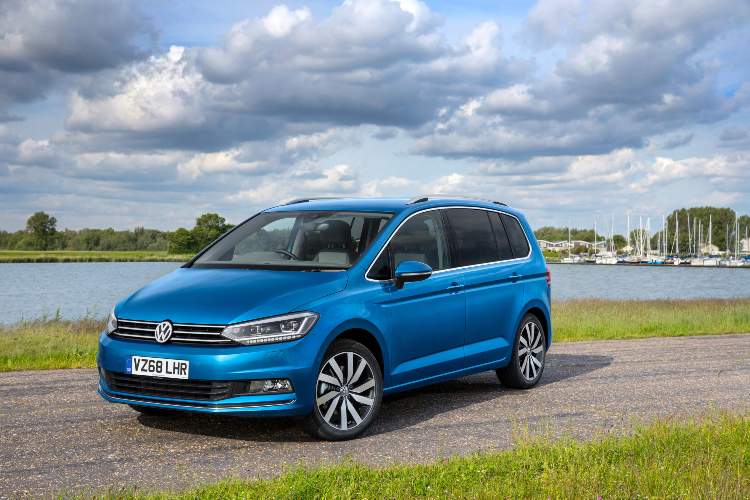 Traditional MPVs are being ousted by 7-seat SUVs, which dominate this list, but when you see how practical – not to mention affordable – vehicles like the Volkswagen Touran are, you wonder why everyone is rushing to the higher-riding off-roaders instead. Available in 5- or 7-seat configurations, the Touran will offer you 3 Isofix points in row 2 regardless, meaning it is one of the few cars in this list which can take a trio of bulky child seats side-by-side. Better still, the 7-seat option adds 2 more Isofix points in row 3, meaning the parents can sit up front and know 5 children are all as secure as secure can be while sitting behind them. 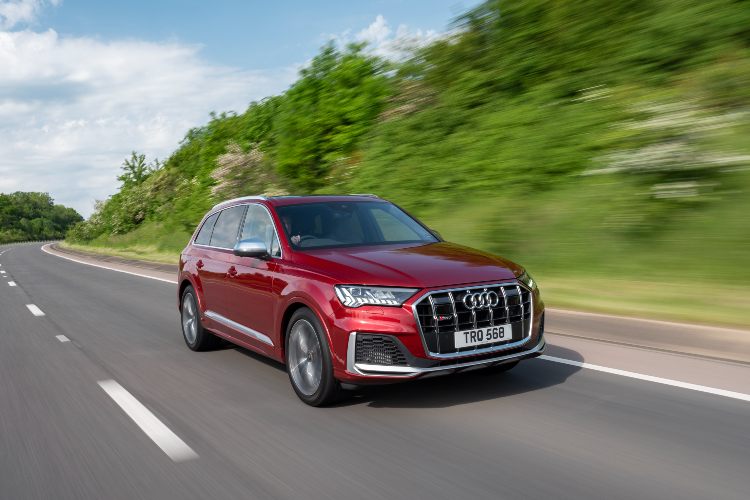 The Audi Q7 isn’t cheap, but for those of you with lots and lots of kids, there’s nearly nothing better for taking the most number of child seats onboard. This is because it has Isofix points on ALL of its passenger chairs – that’s right, all 6 of ‘em. So you can get 3 child seats abreast in row 2, there are a pair of fixings in the rear-most row (which is capacious anyway, because the Q7 is a massive old beast) and there’s also an Isofix spot up front next to the driver. The only word of warning here is to avoid the TFSIe plug-in hybrid model if you can, as the location of that Q7’s battery pack for its electric running gear means its cabin can only be specified in 5-seat format – meaning ‘just’ the 4 Isofix points will be available. 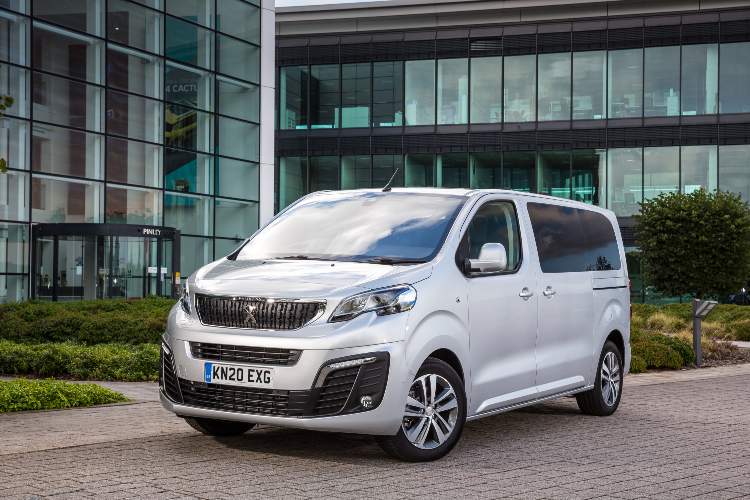 If you want maximal practicality, you want something van-shaped. And here it is – Peugeot’s giant Traveller MPV. Yup, it’s little more than a van with windows (specifically, an Expert commercial panel vehicle, only with added glasshouse) but that means it is vast within – and it is the only vehicle we know of that can take not 1, but 2 rows of 3 child seats side-by-side. Obviously, both the Citroen Spacetourer and Vauxhall Vivaro Life are basically the same vehicle with different badges, so you have options – but whichever 1 of these 3 large MPVs you choose, you’re getting the most family-friendly machine you can possibly lease.

Want to see even more great options for big families? Check out our list of the best seven seater cars or take a look at out our latest SUV deals.

More on Cars
Best Cars With Three Isofix Points
The best cars with three isofix points for you and your family...Read More
The Top 10 Best Family Electric Cars
There's an electric car for every need - including a growing family. Here are our top 10 family EVs. Read More
Best 7-Seater Cars
Whether you need a little more room for your ever-growing family, or just need a bit more room and a big old boot, we’ve taken a look at the best 7-seater cars on the market.Read More