What Is Mercedes 4Matic?

If you’re wondering what on earth 4Matic means when it comes to Mercedes-Benz and Mercedes-AMG models, then we’re here to talk you through this particular piece of unusually named technology from the German company. 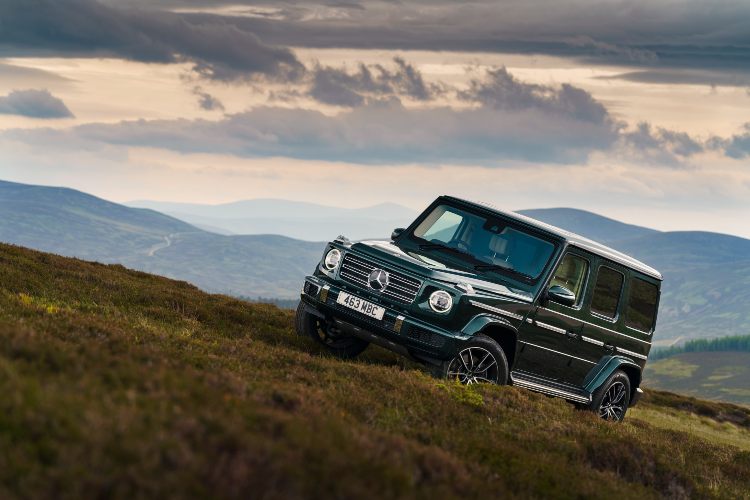 It is Mercedes’ name for its all-wheel-drive (AWD, or 4WD) system, like Audi uses ‘quattro’ or BMW uses ‘xDrive’. The system has been around since 1987 in name, although it was developed in conjunction with the Austrian company Magna Steyr (as it is now known), which built the 4WD Mercedes G-Class back in the 1970s and earlier ‘80s.

Anyway, Mercedes always refers to 4Matic as a permanent all-wheel-drive set-up – as in, you cannot disengage it as the driver, using a switch or lever in the cabin – although it usually operates like most road-going 4WD systems; that is to say, it will allow the vehicle it is equipped on to run in 2-wheel-drive mode for the majority of the time, only switching to full 4WD when its sensors determine added traction is required.

Over the years, it has evolved through 3 disparate generations, sometimes using locking centre and rear differentials, at other times employing 3 open differentials and clever management electronics, to ensure that whichever wheel(s) that can handle the most torque at any given instant is/are given said torque immediately. 4Matic does this by monitoring the wheels thousands of times a second – and, if 1 of them starts to slip, then power is instantly sent to the opposite wheel to compensate.

Over the years, Mercedes hasn’t always re-engineered its vehicle platforms to allow 4Matic to be combined with right-hand drive, so we haven’t historically seen as many Mercedes 4Matic models here in the UK as there have been over in Europe for the past 34 years. However, 4Matic and right-hand drive is much more common now. As is pairing to an automatic gearbox, which is the norm for a Mercedes anyway.

There is a 4th-generation evolution of 4Matic called 4Matic+. That little symbol at the end is important, because 4Matic+ is a more advanced system, which can channel 100% of its torque to either axle of the car depending on conditions. It has a rear differential with 2 multidisc clutches fitted, 1 for each rear wheel and each controlling its own driveshaft. This means that not only can power and torque be split front-to-rear on the car, it can also be switched from the left- to the right-hand side of the vehicle as required. 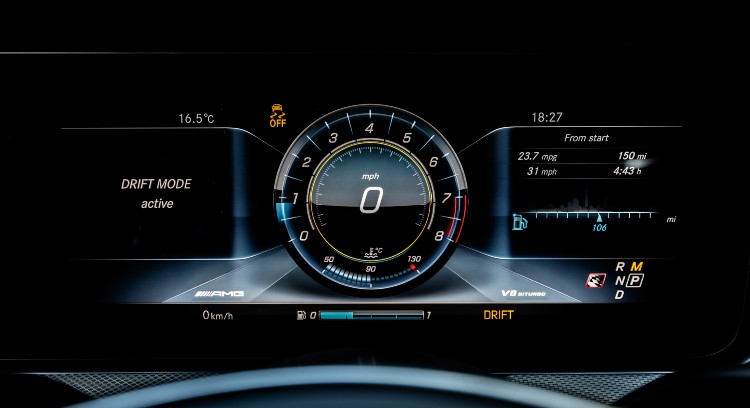 This allows for the fabled ‘Drift Mode’ on the Mercedes-AMG E63S, for example. In this setting, the E63S becomes a 2-wheel-drive vehicle – it will not send any torque to the leading axle, no matter what you do as a driver – and this allows a talented person behind the wheel to enact powerslides; these are the dramatic, tyre-smoking, showboating manoeuvres you see Chris Harris doing on Top Gear every Sunday evening, if you’re wondering. Best not to do them on the public roads, though, eh?

Which Models Of Mercedes Is It Available On?

At the time of writing, 4Matic and 4Matic+ are available on every single model line of Mercedes-Benz and Mercedes-AMG that are offered, either as standard-fit or an optional extra, with the exception of the SL roadster and the B-Class MPV ranges – although the next-generation SL due out in 2022 will indeed have 4Matic+, leaving the B-Class as the only right-hand-drive Mercedes without access to 4WD. 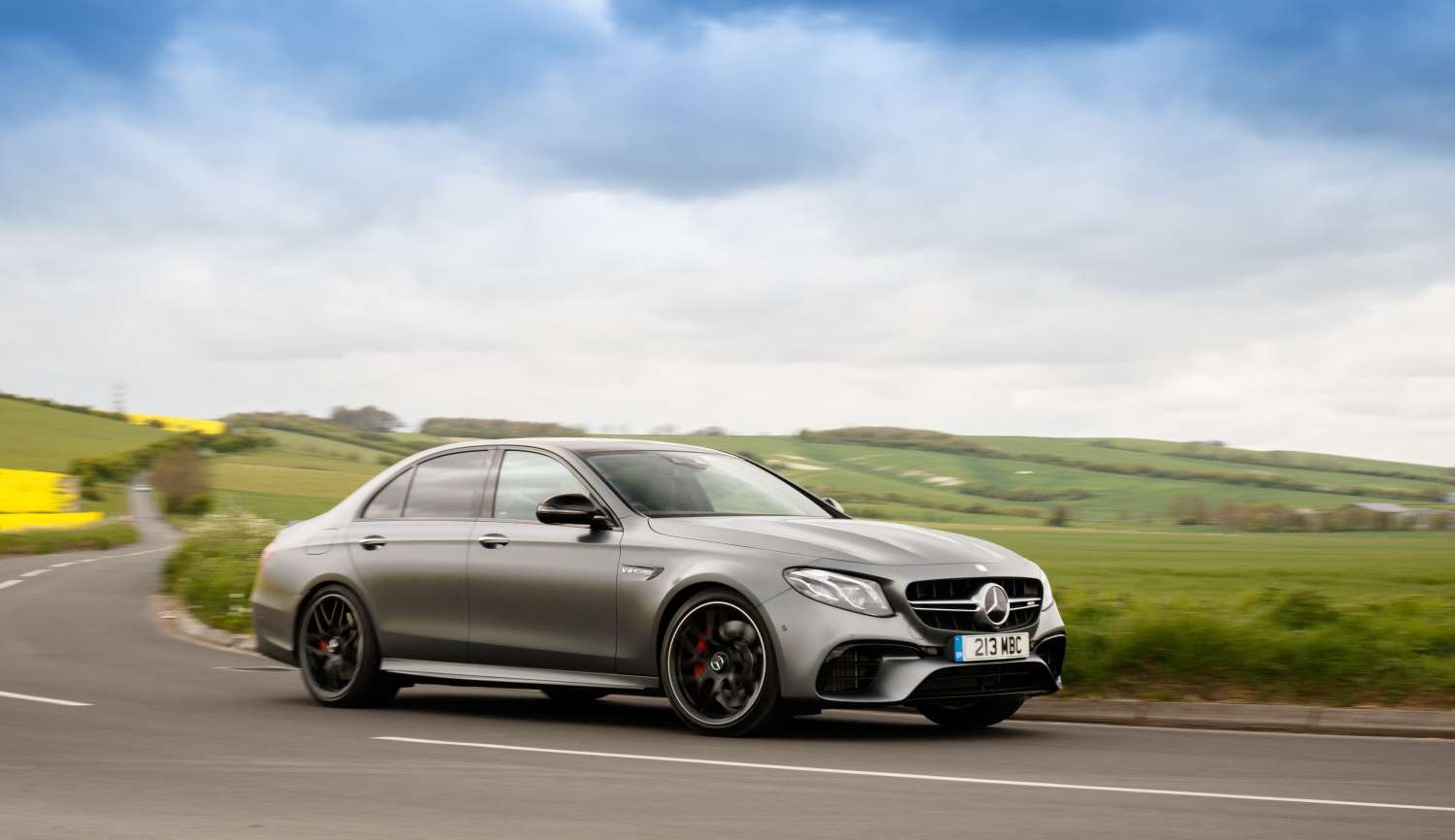 However, 4Matic is usually reserved for the top-of-the-range variants of smaller Mercedes models, like the A-Class and CLA, while being the standard equipment on most of the SUVs from the GLC upwards (including electric models like the EQA, EQB and EQC). Some GLA and GLB models are front-wheel drive, but in the main you can take it as read that any Mercedes SUV will have 4Matic equipped from the off.

4Matic+ is reserved for high-performance Mercedes-AMG cars, such as the A45S hyper-hatch and the E63S supersaloon. The simple way to tell which system your Mercedes has is to look at the badging on the front wings of the car: it will either say ‘4Matic’ or ‘4Matic+’, it’s as easy as that.

What Are The Benefits Of 4Matic? 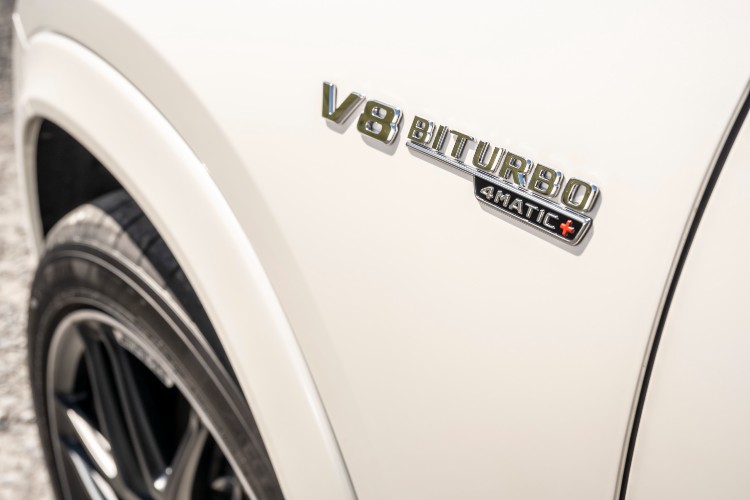 Increased traction and, in the case of the 4Matic+ models, the ability to slide the back end of the car around under power, if you so need it. But in the main, 4Matic/+ is all about providing increased forward motion, even in the slipperiest of conditions. That’s why 4Matic is a good choice on your Mercedes if you live somewhere remote and relatively inaccessible, which can quite easily be cut off in adverse weather conditions (torrential rain or snow, for example).

One addendum: the Mercedes G-Class has what is branded ‘4Matic’ all-wheel drive, but it is a more serious system of locking diffs and low-range transfer ‘boxes than other 4Matic models get, as the G-Class is designed to be a serious, go-anywhere off-roader.

Are There Any Drawbacks?

The usual 4WD drawbacks are present for any Mercedes that can have 4Matic as an option, instead of front- or rear-wheel drive only – namely, 4Matic cars are more expensive than their 2-wheel-drive equivalents, they are heavier so they don’t handle quite as nimbly, and they will typically use more fuel if driven identically to the same car but fitted with only 2WD.

On the SUVs, though, where 4Matic is standard, or on the high-performance stuff which gains 4Matic+, these drawbacks are largely negated as there is no alternative option.

More Cars
What Is Volkswagen 4Motion?
You’ve probably heard the unusual term ‘4Motion’ mentioned in connection with some Volkswagen models, but what, precisely, is it? Well, we’re here to talk you through it and explain what 4Motion is.Read Guide
Mercedes-Benz E-Class Review
Our motoring expert Matt Robinson puts the Mercedes E-Class E300e through it's paces in the Vanarama road test.Read Review
Mercedes-Benz A Class Review
The Mercedes A-class delivers the premium Merc feel, without the premium price...Read Review