Why Lease the Hyundai Santa Fe? 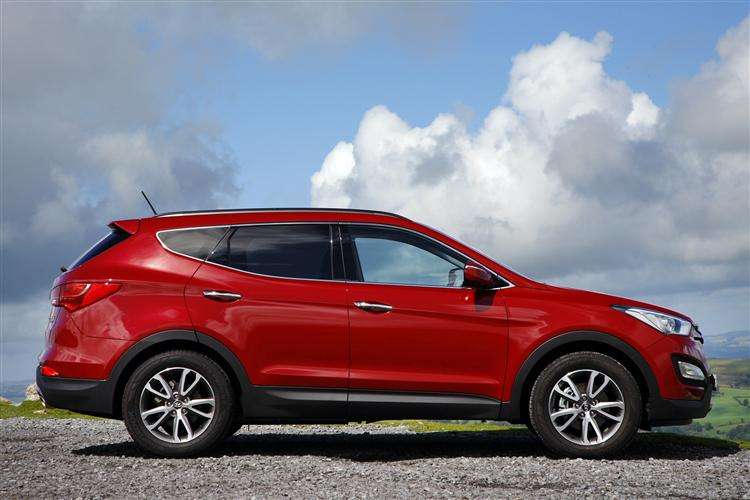 Image is something Hyundai might have struggled with a decade ago, but times have changed. You could argue the Santa Fe is the car that really made Hyundai’s name in the UK. Before its release in 2001 it was known for building reliably cheap hatchbacks nobody really wanted, but the chunky Santa Fe and its steady march upmarket (which continues with the new 4th-generation car) has overseen a revitalisation of Hyundai’s entire range and image.

Large SUVs may have their roots in off-roading but, these days, have become the default choice for any family that needs to ferry around more than 5 people. At the moment, the new Santa Fe is only available as a 5-passenger crossover SUV, but the manufacturer is planning on introducing a new 7-passenger large crossover SUV later in 2020. The base powerplant is a 2.4-litre 4-cylinder engine that's offered in all trims and produces 185hp when mated to the standard 8-speed automatic transmission.

Gone are the days when the Santa Fe was a budget SUV choice. This latest model is actually more expensive than a Peugeot 5008, although it is still priced well below premium-badged 7-seat SUVs such as the Audi Q7 and Volvo XC90. This 7-seat SUV isn’t very much smaller than the BMW X5, yet costs as little as half as much to buy. It also has some clever practicality tricks up its sleeve to make family life that little bit easier.

“The New Santa Fe features a number of important upgrades that emphasise its visual stance and athletic character. The car’s popularity in Europe highlights how SUV customers see the model as a visually-appealing, sophisticated vehicle.”