Fancy a Ford Transit? Keep reading if you want to know what this large van is all about. Vanarama Van Expert Tom Roberts reports.

The Ford Transit is king when it comes to Ford's range of vans, for the obvious reason – it's the largest. But, here's an interesting fact – if you hadn't noticed, all of Ford's light commercial vehicles inherited 'Transit' in their vehicle titles. Let's introduce you to a handful of members from the Ford Transit range- The small but spacious Ford Transit Connect, the must-have medium Ford Transit Custom, the compact Ford Transit Courier & more.

The Transit was first released in 1965 and frankly, looked more like a campervan and not an LCV. Since then, the Transit has had several makeovers and let's just say the current gen looks more visually pleasing. Previous designs didn't complement this vans figure, but even when it didn't look its best it was still a favourite.

It's still VERY popular today. The current-gen Ford Transit currently ranks as the 2nd/3rd best-selling van in the UK (depending on how well the Mercedes-Benz Sprinter is selling that month).

The new Ford Transit is available as a single or double cab & you'll also have the option of 3 load lengths (L2, L3 and L4), 2 roof heights (H2, H3), with all of them stashing the excellent 2.0-litre EcoBlue diesel engine under the bonnet. There's even a new electric E-Transit on the way in 2022 - this van will be around for a long while yet.

Here's everything you need to know about the L4H3 Ford Transit. 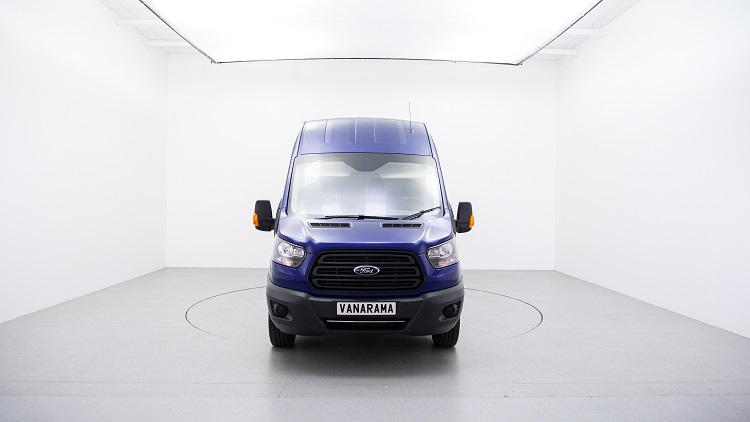 First thoughts? It's HUGE! I know we made a point of the Citroen Relay being a VERY large van, but the Transit is definitely bigger.

Apart from the sheer size of this van, you'll also be drawn to the enormous grille & enlarged Ford badge. Both take centre stage when you take your first glimpse. So, let's talk more about the grille, well it's big, there's no denying that & it certainly gives the grille on the Relay a run for its money. You're probably drawn to this feature first due to its striking design – the grille is sectioned into 3 partitions edged in silver.

Moving on… here's the last feature on the front. The door mirrors – not very exciting, I know, but we're giving them a shout out because of their clever design. First of all, the indicators are built in, as standard so you'll have that extra piece of mind you'll be seen. The mirrors are also split in half, so you can see even more of the road behind you. 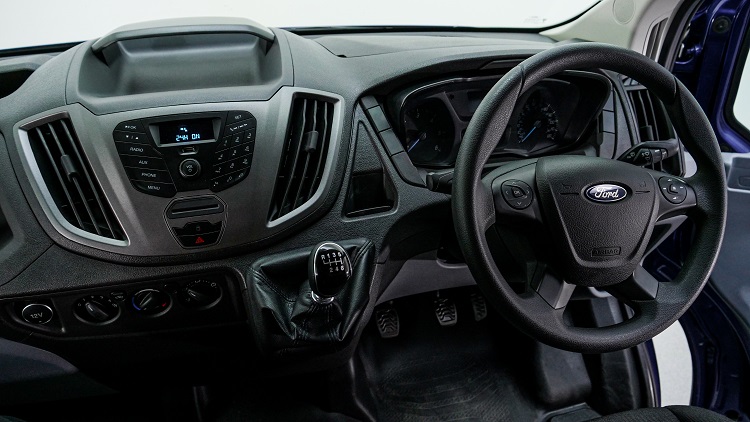 Now let's check out the cabin. Up first is the amount of storage you'll find in this van, there's LOADS of it. You'll find lots of cupholders, in fact this van holds the title for having the most when lined up against other vans of its size. You'll also get storage here too:

Load Space: Loads Of Room In The Back 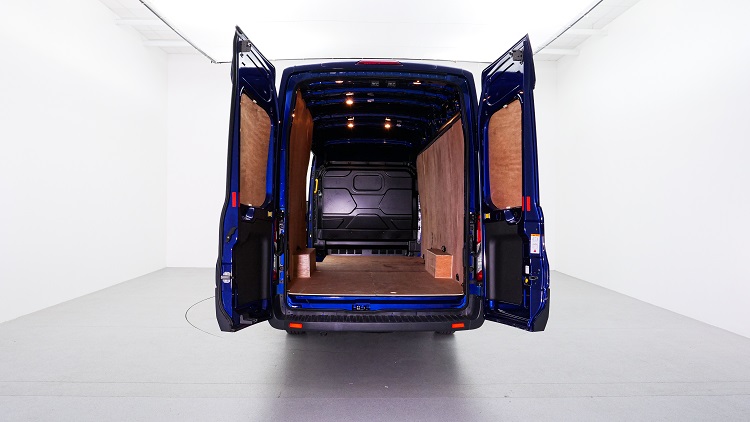 Our tried & tested L4H3 model is the largest Ford Transit you can get. You know what they say… bigger the better… when it comes to the loading bay! (Obviously).

Our reviewed model had a max payload of 1,100kg, pretty impressive, but most people opt for the L3 H3 variant because it can carry even heavier load volumes. Plus you'll get 2m of height, 4m in length & just under 1.8m (1.4m between wheel arches) of width in the loading bay. If you're wondering how many euro pallets you can fit in the back, it's 5.

How It Drives: Let's Go For A Spin

This 2.0-litre EcoBlue 130PS diesel engine was raring to go when we got it on the road. You also get the choice of 2 more engine variants: 105PS and 170PS.

Let's start with the massive windscreen. When you're driving this van, you can see absolutely everything with maximum driver visibility.

What about headroom? I don't think you can get a van with a roomier cabin than this one. Take a seat behind the wheel & you'll feel how spacious it is.

Wondering how it handles the road? This van is HUGE, but when you're in the driving seat it feels very light on its feet. There's the usual amount of wobble, but that's to be expected in such a large vehicle.

It's no surprise that the Ford Transit is an all-time favourite. It's stayed firmly in top place (or 2nd depending on how the Sprinter is doing) when it comes to large vans, it just won't budge. Not only is it extremely economical, it looks great & there's LOADS of room in the back. Simple as that!

Not only is it extremely economical, it looks great and there's LOADS of room in the back. You need to consider this large van.
5