Why Lease the Toyota C-Hr? 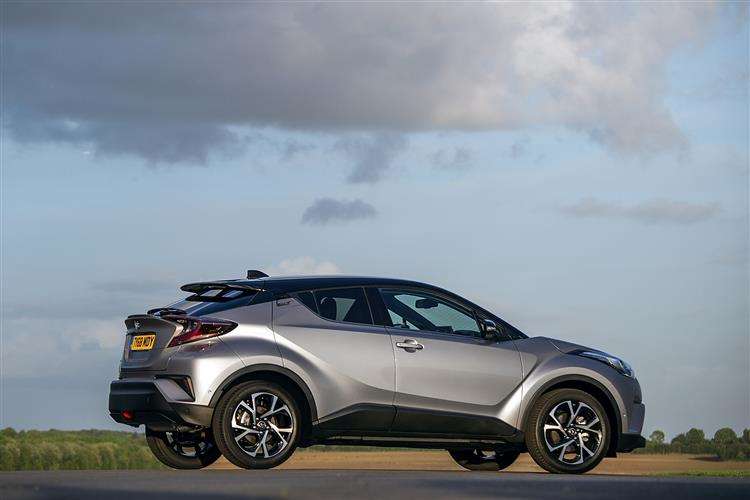 When it made its debut in the subcompact-crossover class, the c-Hr benefitted from sporty handling, plenty of standard features & striking, youthful styling. Unfortunately, none of these advantages could cover over the c-Hr's greatest problem: its engine & transmission pairing. For 2020, Toyota was keen to up the game & put some more effort in. The small crossover is based on the new Prius’ platform & available with either hybrid power or a 1.2-litre turbo.

What happens when Toyota designers blend a sports coupe, hatchback & compact crossover? You’ve guessed it - the c-Hr. Just like its previous versions, the 2020 c-Hr is funky, distinctive & really unlike any other crossover. In terms of size, it’s similar to a Skoda Kamiq or a Peugeot 2008 but in terms of pricing, it’s closer to its bigger brothers the Skoda Karoq & Peugeot 3008. But its car-like ground clearance, tiny boot capacity & lack of an all-wheel-drive option sure make it a lot more like a hatchback.

Aimed at a relatively young audience the 2020 Toyota C-HR blends the dimensions of a subcompact car with the ride height of an SUV & expressive looks that make sure it doesn’t get lost in a busy car park. Stylistically, the Toyota C-HR is a breath of fresh air in the segment. Even next to more athletic rivals such as the Ateca, it stands out. It has the handling to back those sporty looks up, too.