Why Lease the Audi Rs3? 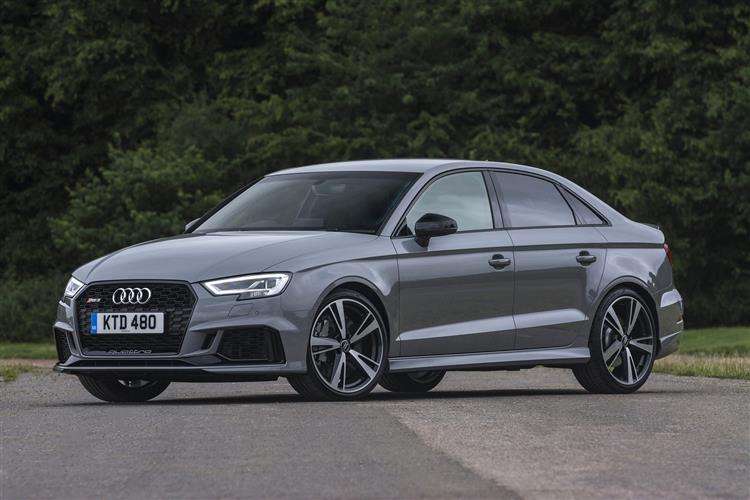 From royal parentage, namely Audi’s S3 & A3, came the RS3. First announced in November 2010 & bearing some DNA of its S3 ancestor, the new kid on the block came in as a Sportback edition & was only produced as a 5-door. For 2020, Audi hopes that its range-topping hot hatch will be among the most powerful models in its segment.

While it may be worth the extra investment over the S3, not everyone will need the extra performance. With a 400hp turbocharged 2.5-litre 5-cylinder under the hood, this small sports sedan has the muscle to back up its menacing appearance.

The Audi's most direct competitor is the Mercedes-AMG CLA-class. It’s a similarly nimble 4-door with almost the same footprint—but manages a slightly slower 3.8-second run to 62 mph.

“Fast as lightning & just as striking, the RS 3 has redefined what it means to be a sedan.”