Footballers That Drive Cars You Can Lease Today

Footballers make a lot of money, have massive houses, and, most importantly they have the best cars. Footballers have a certain reputation when it comes to their automotive buying habits. Bentleys, Aston Martins, Ferraris, Lamborghinis, you name it. Never mind the seemingly endless parades of the latest Range Rovers that are seen outside training grounds, from Cobham to Darsley Park.

The lifestyle of a footballer is out of reach to most of us. But there are some things we can do, and one of those things is drive like a footballer. Yes, as unlikely as it seems, there’s a whole range of cars that footballers drive that can be leased from Vanarama and be on your driveway in as little as 7 days. Some of them are just as cool as you’d imagine, and some of them… well, maybe not quite so much. All we know is that they match up with what the stars drive, and now you can get your hands on them as well. We’ll start with the one you probably least expected… 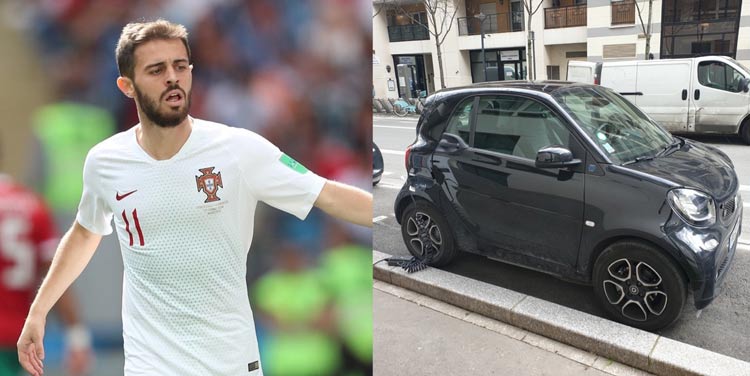 On the face of it, Bernardo Silva is the prototypical footballer. The midfielder has had stints with Benfica, Monaco (and if anywhere is associated with fast cars, it’s Monaco) and currently plays for Manchester City – probably one of the richest clubs in the world. Which makes his choice of car even stranger when you think about it. What does he drive I hear you ask? Bentley Continental? Range Rover? McLaren 720? The answer, of course, is none of the above. Bernardo Silva drives a Smart Fortwo.

It’s possibly the least footballer-ish car in the universe. A tiny city car that you can pick up and shove in your backpack when driving it around becomes too much of a hassle. But it’s true, Silva turned up to training for the Portuguese national team in 2018 in a Smart car. For comparison, Manuel Fernandes turned up in a Ferrari 458. If nothing else, it speaks volumes about his confidence. Not everyone can pull off a Smart Fortwo. 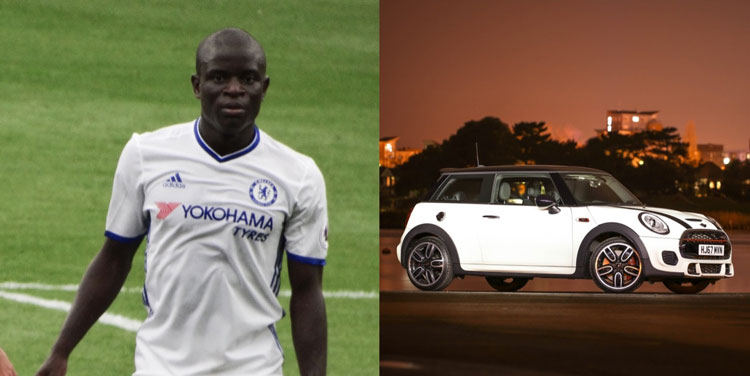 Being a Chelsea player has a bit of a stigma attached to it. After all, Mr Abramovich has shelled out obscene amounts of cash to buy the players he wanted for the club, and that led to Chelsea having a reputation of a rich boy’s playground. Certainly, most of the team seem to live up to the stereotype – but not N’Golo Kante. Rather than choosing a Lamborghini Urus or Bentley Continental like some of the other Chelsea players, the Frenchman opted for 1.6L Mini Cooper to get him from A to B.

The midfielder first picked up his love of the British marque while at Leicester, where he was loaned one of the little hatchbacks as a runaround as he didn’t have a car of his own. Kante’s love of his mini was so apparent, that he even bandaged it up after a bang, as the little car appeared with a duct-taped door mirror and a banged-up wheel arch when he drove it to training in March of 2021. 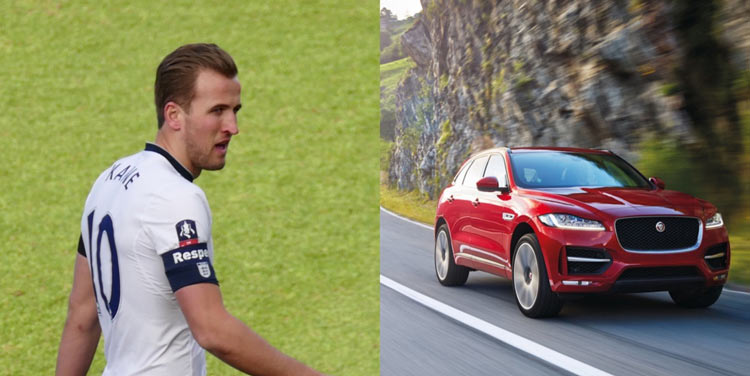 Now, this is a bit more like it. Never let it be said that the England captain has less than impeccable taste in cars, as he’s chosen to step out in the new Jaguar F-Pace SUV. Kane has been making a legend of himself with his performances for Spurs and England, but it’s equally surprising to know that you can lease the same model of car he drives, especially since Jaguar is still considered a high-end kind of car.

Kane is also a bit of a British car collector, with a Bentley Continental SuperSport and Range Rover Sport also gracing his garage. He considers the Jaguar F-Pace as his family runaround, and clearly has a lot of love for the SUV, showing it off on his Instagram account almost as soon as he got his hands on it. The F-Pace already has a luxury reputation as one of Jaguar’s flagship new cars and having the England captain drive around certainly boosts that image. Why not try one out for yourself? 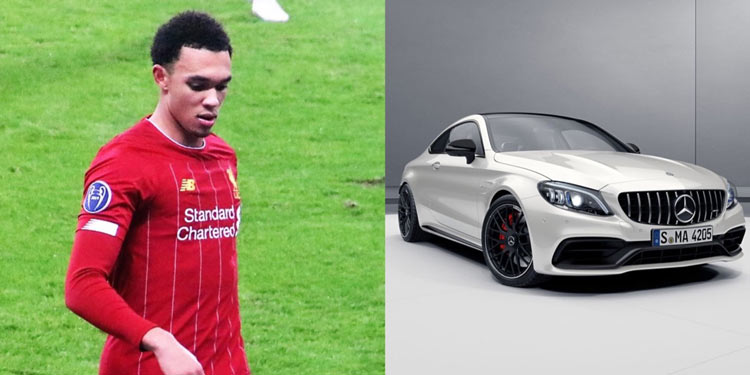 Trent Alexander-Arnold has built a reputation of being fairly quiet off the pitch and is more than happy to keep his energy for his appearances for Liverpool and England. As a local boy made good, the defender was already beloved by his city and teammates before making a rapid rise to the national side. Quiet he may be, but his car choice is anything but, Alexander-Arnold owns a Mercedes-Benz AMG C63 AMG Coupe.

The normally restrained C-Class has been retuned by Mercs AMG tuner division and has let its hair down a bit, with its V8 engine pumping out just over 500BHP for the driver to play with. A car that looks like a luxury businessman’s ride but with the ability to go absolutely crazy seems fitting for the right back. Sample the craziness with a lease. Just don’t turn the traction control off unless you like the sight of the world spinning around you. 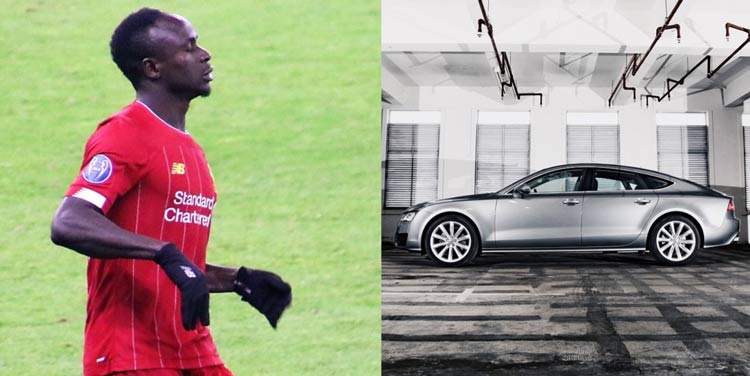 With over 100 goals to his name on the red side of Liverpool, you’d be forgiven for thinking Sadio Mane would drive something a bit flash, especially given his liking of high-intensity play and speedy movement on the pitch. So, it might be a bit surprising to find that he drives a fairly affordable executive saloon.

The Audi A7 is known as a comfy, technically advanced long-range cruiser, suitable for people who are going to be spending a lot of time on the road. It isn’t flash, but when you’re inside, it’s a lovely place to be. It’s even big enough to accommodate five adults in comfort! It seems that Mane likes to keep it nice and calm off the pitch – which explains why he has so much energy on it! 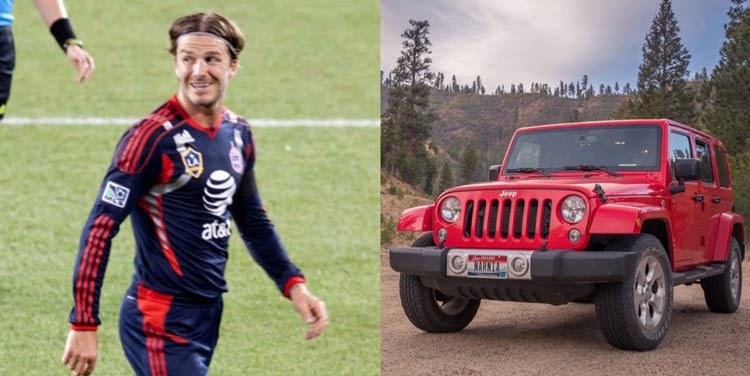 Is there something about current and former England captains that they seem to be attracted to four-wheel drives? Harry Kane with his luxury SUV, and now David Beckham is all about his Jeep Wrangler. Living in the USA, its understandable why Beckham has gone for one of the more local brands, but while most people might have gone for a Cadillac or a Chevrolet, Beckham has decided to go with a rugged off-roader that can trace its heritage all the way back to the second world war.

The Wrangler might not be the ideal car for everyday usage and certainly a bit big for the inner city but get it onto open road and you’ll have a blast!

Yes, the 3-time premier-league winner and architect of Manchester City’s ongoing success has gone electric on us and can often be spotted going to and from training in a Nissan Leaf – trading in his Bentley Flying Spur for the EV hatchback. With a range of over 200 miles and a charging time that seems to be dropping year on year, the Leaf is a perfect way to get into the EV market – and if Pep is happy with one, who are we to argue?

So, there you have it, a range of cars driven by some of the best footballers in the world that you can lease for yourself. Head over to our car leasing deals page to choose your next ride.