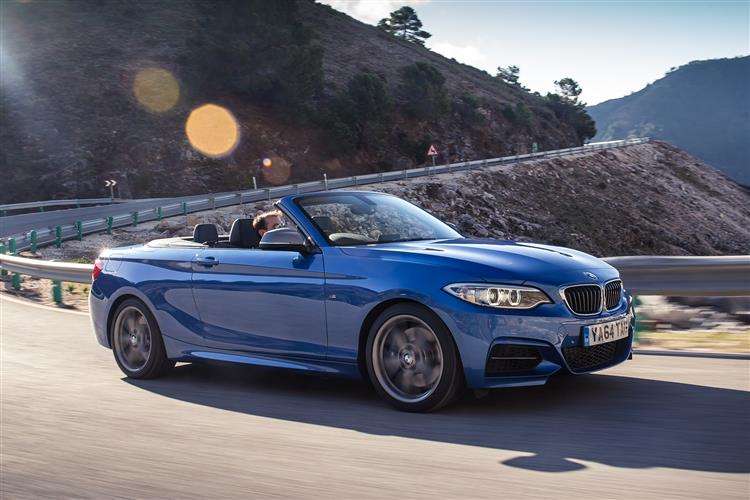 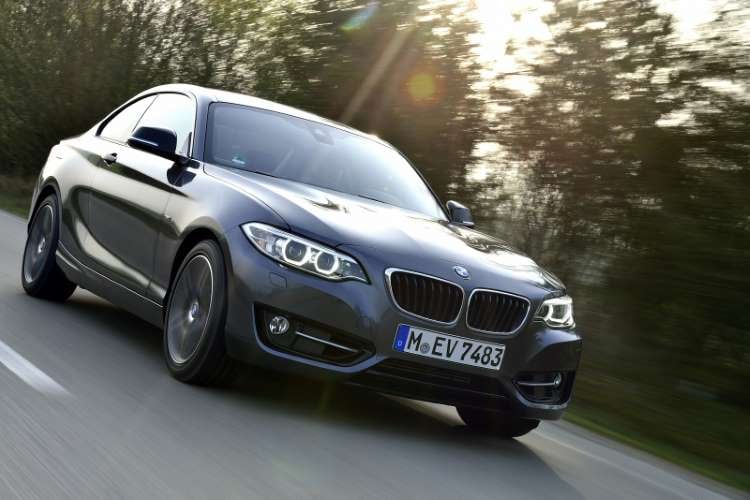 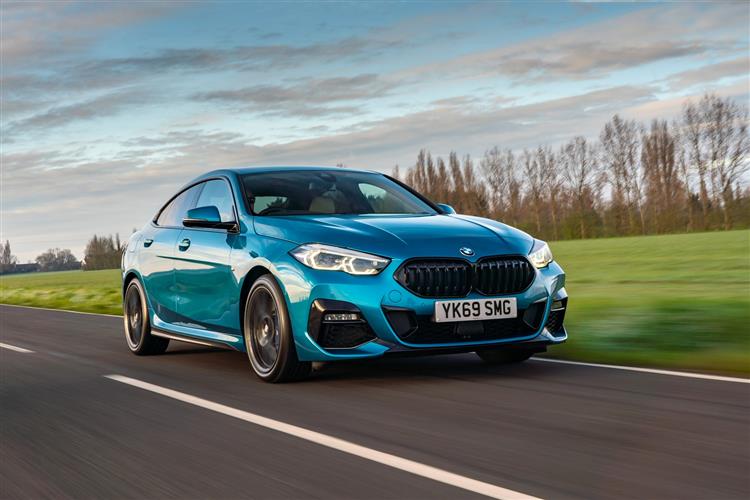 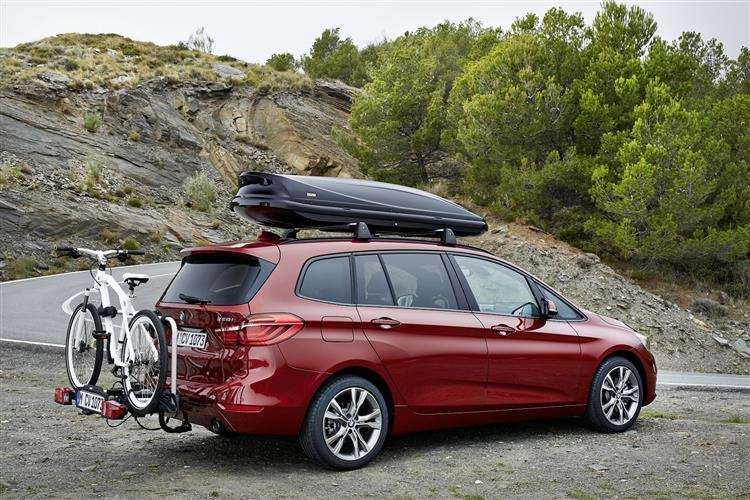 Why Lease the BMW 2 Series? 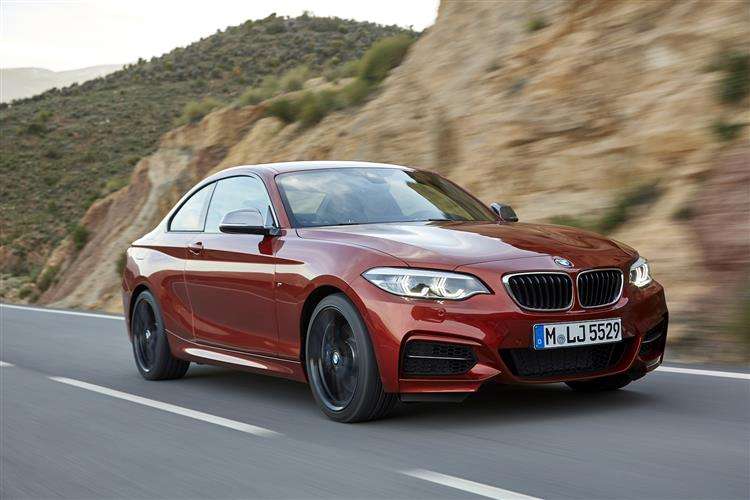 BMW harks back to historic heroes with the M2 Competition. Jonathan Crouch takes a look.

BMW's M2 is descended from a distinguished line of small, high performance two-door saloons. A stylish alternative to the market's highest-performing hot-hatches, the M2 aims to be both a luxury coupe on the road and an accomplished racer on track. Especially in this 410hp 'Competition'-spec form.

The performance model that most stands out in BMW's history is the M3. In its original mid-1980s form, this car was fun, ferociously quick and relatively understated, while proving to be highly competitive on track. Over the years though, as this model line grew larger, safer, more refined and more expensive, it began to lose some of the character that made those early cars so special. When, in 2010, BMW's entry level model, the 1-series coupe, was given a light sprinkling of M enhancements, the company seemed to be on the verge of launching a worthy 'back to basics' successor to earlier M3s. That 1 series M Coupe was well received and this car, the M2, launched in 2015, was its direct successor, now offered here only in uprated 410hp 'Competition' form. In many ways, it's what an M3 really should be. Will it take its place in BMW's heritage?

Putting a turbocharged 3.0-litre six cylinder engine into a small rear wheel drive coupe will always grab a driver's attention. The engine is basically the same as that used in the lesser 340hp M240i model but the 410bhp 'Competition' state of tune here is bespoke to the M2 and delivers monumental performance, charging to 62mph in just 4.4 seconds in manual form (0.4s faster than the M240i). That challenges the Porsche 911. There's a choice of a six-speed manual gearbox or a seven-speed M DCT paddleshift auto that gets to 62mph 0.2s quicker. 'M,' essentially, stands for 'Motorsport', so the M2 has to be capable of performing on track and to enable that, some ruthless weight shedding has had to take place. Many steel components, particularly in the steering assembly and chassis, have been replaced with aluminium parts in an attempt to make the M2 much more responsive. Boy racers will be delighted to hear that there is even a 'Smokey Burnout' function when some gratuitous show-boating is required. M Sport brakes, an M Sport exhaust system and M specific suspension with the brand's Active M differential all come included with 'Competition' spec. If you want to go even faster, there's a rare limited edition M2 CS variant available with 450hp.

'M' could just as easily stand for 'Muscle' as the clean lines of the 2-series are here bulked up and pumped out to give the M2 the look of an athlete. The front end carries the low gaping front bumper and splitter assembly that immediately sets this model apart as an M car, while at the back four exhaust pipes give the game away if the distinctive M badges aren't enough. The M2 has a far more aggressive style than its predecessor the 1-series M Coupe, which reinforces how much more seriously BMW's M division have taken this project. You get the sense that this is a thoroughly well thought out car, thanks to the attention to detail that has been paid to the little things. Engineers have spent time making sure the M2 sounds like a high performance model, incorporating an electronically controlled exhaust flap that acts like the reed in a carefully tuned musical instrument to deliver the distinctive BMW engine note. Inside, there is even a knee-pad on the side of the centre console to keep you comfortable during quick changes of direction and 'M' logos litter the leather interior, should you need reminding that this is no ordinary 2-series. For something even more exclusive, try the M2 CS, which is distinguished by a carbonfibre roof and bonnet, plus further carbon elements for the rear spoiler, the mirror caps, the rear diffuser and the front splitter.

The BMW M2 costs around £52,500 in the only version that's now on offer, the M2 Competition. That's for a manual: you'll pay another £2,000 more for the M Double Clutch auto version most customers choose. Which seems a lot when you consider that the M240i is just 0.4s slower to 62mph, has basically the same engine and costs around £11,000 less. Still, you could also argue that you're getting the same performance here as you would from a £83,000 Porsche 911 Carrera: it's all a question of perspective. You'd certainly need M2 money to get yourself a decently specified version of a uber-hot hatch like, say, the Mercedes-AMG A45. The M2 Competition comes with BMW's signature Xenon headlights as standard. Sat Nav is included along with BMW's 'Professional Media Package' which is, in essence, an enhanced infotainment system with the kinds of apps and travel related services you might find on your smart-phone. One app that stands out, is the M Laptimer, letting you benchmark your performance on track. These details remind you that this competent road car is also a pocket racer.

BMW have found innovative engineering solutions to deliver outstanding performance while keeping a check on the fuel economy and emissions. By using four specially designed exhaust pipes to help the exhaust gas escape more easily and by clever positioning of the turbochargers inside the exhaust system, the engine is able to run more smoothly and efficiently. The manual version of the car returns 28.2mpg and emits 226g/km CO2 (about the same as an M240i), while the M DCT automatic is more frugal, returning 28.8mpg and emitting just 220g/km. All figures are WLTP-rated. BMW offers a 12-year bodywork warranty, a three-year paint warranty and two years for parts and accessories, so new car buyers will have reasonable peace of mind. Servicing, as with any premium brand, will be expensive at main dealerships and approved body-shops, but BMW's reputation for quality means mechanical failures should be very rare. If the Munich maker has got its mix right, and it looks like it has, the M2 has the potential to remain a desirable car for a very long time, so residuals should be strong. The previous model, the 1-series M kept its value well.

BMW may make a little bit of history with the M2. A well built, rear-wheel drive four-seat coupe with a powerful, efficient engine and lightweight engineering makes a compelling case, even at well over £50,000. It features just enough luxury to merit the premium price, but is focused completely on its role and an ultra-involving performance car. It looks aggressive, is breathtakingly quick and handles like it belongs on a circuit. With online connectivity, a 'Smokey Burnout' feature and a specially tuned engine sound, driving the M2 will never be less than entertaining. While BMW are targeting a generation who may not remember the original M3, the ingredients that made that car such a hit back in the 80's are the same ingredients that should make the M2 sell well today. Whether or not it will ever be considered a classic only time will tell.