Small, nimble and packed with performance, the choice of small electric cars continues to increase. With even the smallest battery packs offering range in excess of 100 miles and many now coming capable of delivering more than 200 miles from a single charge, these little machines are the ideal urban runabouts.

And given the Government’s recent decision to restrict the £2500 plug-in car grant to cars that cost less than £35,000, the best small electric cars will also offer the best subsidies to lower the cost of your lease.

What Are The Best Small Electric Cars? 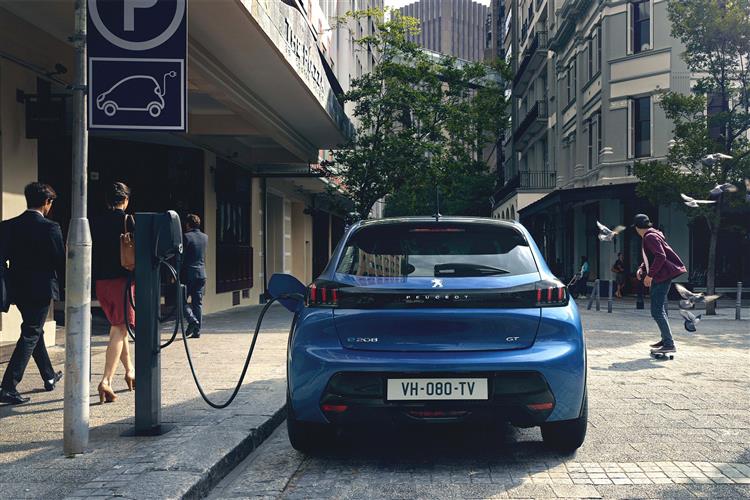 The all-electric version of Peugeot’s 208 supermini is one of the best priced and most visually appealing of all the small electric cars available.

We think it’s one of the best designed EVs around – both outside and in the cabin – and it’s an impressively refined machine when on the move; perhaps the best all-rounder in its class?

With a quoted WLTP range of up to 217 miles, it’s a long way ahead of cars like the Honda E and Mini Electric when it comes to miles per charge. It’s got a decently roomy cabin and plenty of bootspace – only the Renault Zoe and Corsa E can match it for overall load-carrying ability and practicality.

And it drives well, too, with nicely weighted steering and plenty of acceleration from its all-electric powertrain. It may not have the range or practicality of some of the other rivals in its class but there’s no doubting the appeal of the Mini Electric.

Britain fell in love with the reimagined Mini when BMW brought it back in 2002. Now, nearly 20 years on, we still have as much affection for the most iconic car ever to be made on these shores.

In 2021, the Mini continues to stay on trend, with the same standout looks and an all-electric motor that has a surprising amount of power – 181bhp – which means it drives and handles just like you expect a nippy little Mini to do.

Its small size means the Mini can’t hold the biggest battery and its punchy power output means you can use up its electricity pretty quickly if you’ve got a heavy right foot, so the Mini’s quoted range is lower than some others at 144 miles.

Find out more about how the EV MINI stacks up against the ICE MINI in our head-to-head.

If Apple made cars – and one day they well might – then we reckon an Apple car would look and feel a lot like the amazing little Honda E.

Even though they’ve become a reality electric cars are often still cited as machines of the future and in the supermini class it’s the Honda E that comes closest to matching that claim. Its innovative design makes it feel like something from a sci-fi movie and its interior doesn’t disappoint either, with an incredible screen that runs the full width of the cabin and even cameras for wing mirrors.

The E is available in 134bhp and 152bhp forms, but it has a relatively small battery which means a claimed range of 137 miles.

Its petiteness makes it an absolutely brilliant little city car, with an insanely tight turning circle making navigating city streets as easy as anything. 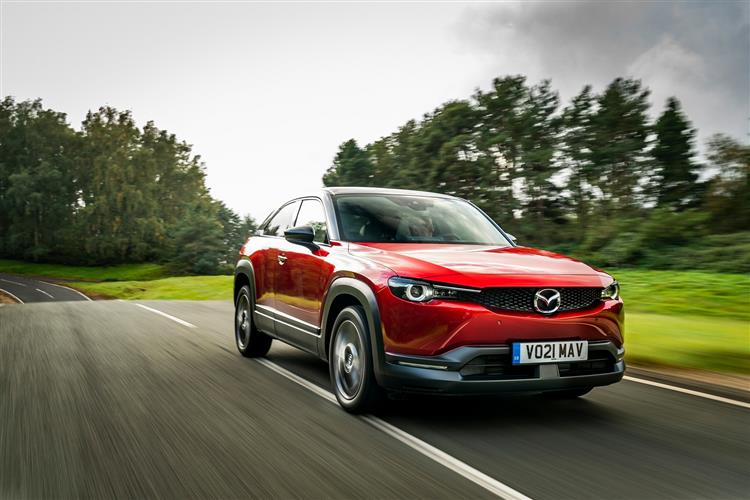 Like the Honda E, the new Mazda MX-30 has opted for a small 35kWh battery pack. Mazda says that installing less batteries helps keep costs down and that it expects its users to easily work within the quoted 124-mile range.

The MX-30 is, indeed, a well-thought through car: the ‘mini SUV’ design means you sit nice and high and even though the cabin is still ‘supermini’ sized it has a distinctive charm to it. There’s plenty of loadspace to work with, too.

Where the Mazda can really surprise, though, is out on the road. Many superminis are ideally suited to city driving. The Mazda actually feels like a car that is at home on all roads. Some reviewers have even said it reminds them of Mazda’s brilliant little MX-5 convertible from behind the wheel. 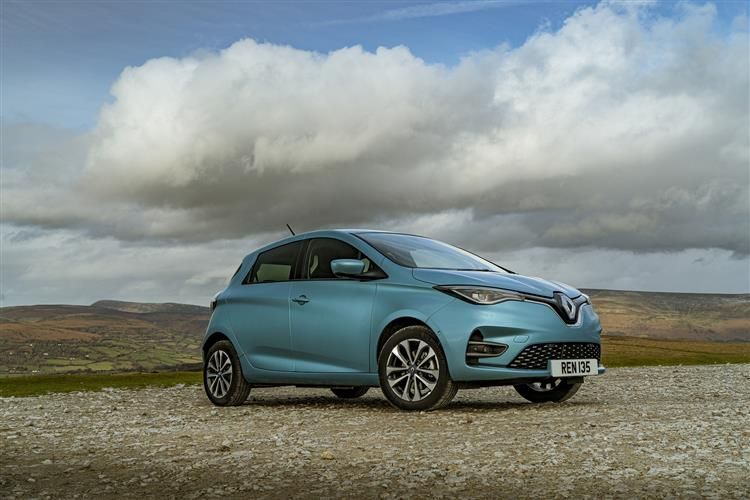 Renault’s little Zoe was one of the very first electric contenders in the ‘supermini’ ring. First launched in 2012, it has built an army of loyal followers over the last decade.

The first Zoe had a tiny battery and a tiny range to match it but, as newer models have replaced the pioneering first cars, its uprated technology has made it a class leader in maximum range. The new Zoe – sporting a fresh new look – also carries a sizeable 52kWh battery pack, which means it can deliver a whacking 245 miles on its official WLTP test.

It’s one of the best entry-level EVs on the market, being fun to drive, suitably quick for a city car and good ride and refinement. Check out our full Renault Zoe review for more details on this class-leading EV.

These 5 brilliant small electric cars are just some of our favourites from a wide range of EVs that are now available to lease. Check out our our Electric Car lease deals today

More On EVs
Which Cars Are The Most Fun To Drive?
Our pick of the 10 most fun cars to drive in 2021...Read More
How Much Are Electric Cars?
The biggest question when it comes to EV is cost - so just how much are they to get and run? Read More
Renault Clio v Renault Zoe
It’s a French face-off as the Renaults Clio and Zoe go tête-à-tête to see if petrol or electric is the right choice for you.Read More
This website stores cookies on your computer. These cookies will allow us to remember you and your preferences.
We use this information to improve your browsing experience.
To find out more, please read our
cookie policy.