What Teslas Are Available To Lease Right Now?

Tesla’s four current models - the S, 3, X are some of the most sought after EVs in the world. Find out why...

It’s the most famous name in the world of electric cars and has blazed a trail that for years the world’s more recognised car makers didn’t dare to head down.

We’re talking, of course, about Tesla, the American car builder that was launched by the one-man PR machine that is Elon Musk less than 20 years ago.

So meteoric has been the firm’s rise, by the end of 2020 it was worth more than the next 9 biggest carmakers on the planet combined! Yes, you read that right: if the world’s investors have got it right, the upstart Tesla brand is now so powerful that its value is more than 10 times greater than firms like Ford, General Motors and Volkswagen.

And all that value has been generated by one thing: Musk’s single-minded focus on bringing electrification to the world. At a time when nearly every other car maker was too scared to bet big on going electric, Musk bet his house, everything in it and probably a few things he didn’t own as well… And his gamble paid off – handsomely.

Today Tesla is by far the number 1 most recognised brand inthe world of electrification and across the globe a growing band of disciples are preaching the company’s gospel – namely that the best electric cars in the world have a Tesla badge on the nose.

Starting With The Model S Those loyal Tesla fans began to really make themselves heard in 2012, when Tesla launched the ground-breaking Model S – a performance-oriented saloon that made existing electric cars look rather like the ‘milk floats’ they were criticised as copying.

The Model S, in comparison, was a revelation. It was beautiful to look at, with flowing curves and head-turning stance, and it boasted incomparable driver technologies including a huge touchscreen interface that looked like it had been invented by Apple. Don’t forget the iPad had only been invented just a couple of years earlier and now Musk was dropping his own into a Tesla. He simply wouldn’t take his foot off the accelerator.

Model X: Next Came The X-Factor 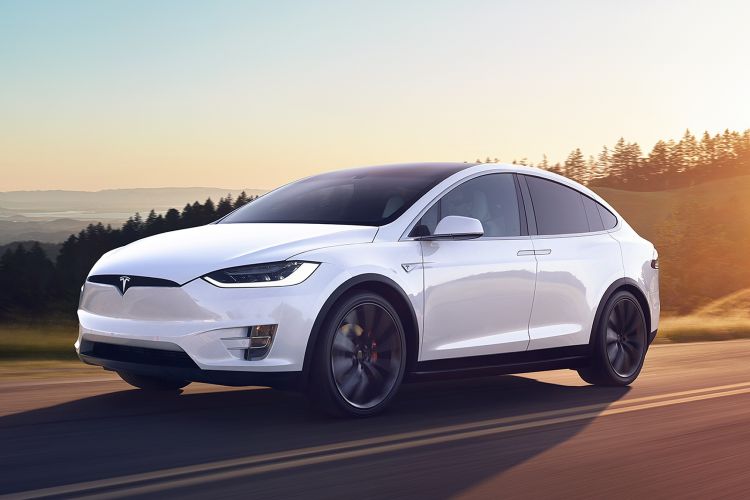 As the Model S’s popularity grew, so Tesla began to show it wasn’t a one-trick pony. Bold new tech like self-driving Autopilots and ‘over-the-air’ software updates kept their cars at the cutting-edge. And not too far behind the Model S came the equally futuristic Model X – a sort of SUV meets people carrier with crazy, double-hinged ‘falcon wing’ doors and room for 7 adults.

And while he was busy launching cars, Musk also took on the early complaints of a lack of charging infrastructure. So in typical Musk style he decided he’d just build his own, creating a string of dedicated Tesla Supercharging stations across continents. There are now nearly 700 Tesla Superchargers across the UK alone, which allow Tesla drivers – and only Tesla drivers – to enjoy rapid charging on major UK motorways and other trunk roads.

And it is rapid charging. Never one to settle for ‘good enough’, Tesla’s ultra-rapid chargers operate from 120 to 150kW – significantly higher than standard 50-100kW chargers at many stations – meaning you’ll spend less time charging and more time on the road.

And the network doesn’t end there, with a second Destination system installed at, well ‘Destinations’, where drivers are likely to have parked up for some time. So think pub car parks, hotels, shopping centres and places like that. These will be ‘fast’ 7kW chargers rather than rapid but are still a great way to top up over a few hours when you’re shopping or having a meal.

Tesla Goes Mainstream With The Model 3 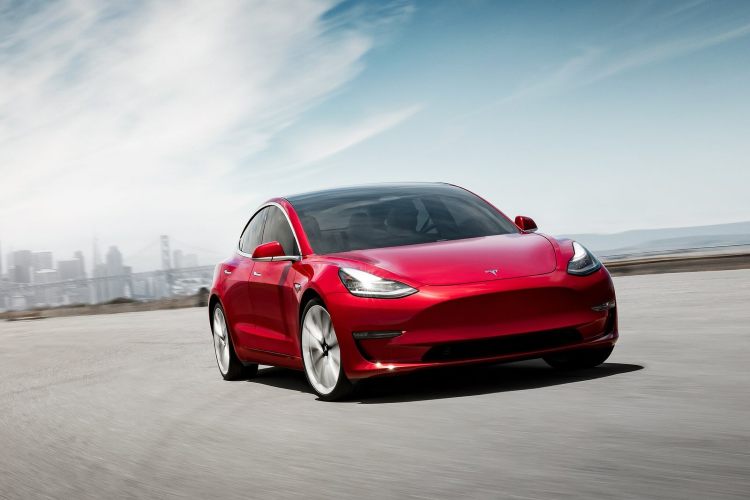 Next in the Tesla product line-up comes the Model 3 – the car that opened up the possibility of Tesla ownership to an even wider audience. This mid-sized 4-door family saloon offers all the technical prowess of the larger Tesla models – including stunning performance and outstanding range – but at a significantly lower price entry point.

Launched just 3 years ago, the Model 3 has quickly become the world’s most popular electric car, topping the charts globally in 2018, 2019 and 2020.

The Model 3 rounds out the current Tesla line-up. A fourth Tesla, the Model Y, is expected to arrive in the UK in 2022. This will be a scaled-down version of the Model X, so a compact SUV but still with an optional third row of seating for the ability to carry 7 passengers when necessary.

What's Next For Tesla?

2022 brings the launch of the Tesla Roadster Spacex, and when we say it'll be fast - we mean it! Take a look at how quickly this new model is capable of hitting 60mph against some of the fastest cars in history.

And You Can Lease Them All With Vanarama

Every Tesla is currently available to lease through us so why not head over to our dedicated Tesla leasing section and see what great deals we can find for you?

More On Tesla
Latest Tesla Lease Deals
Find unbeatable offers on the Model 3, Model X and Model S.Find Out More
Tesla Model 3 Vs Polestar 2
Is the Tesla Model 3 still the king of EV, or does the Polestar 2 stake a claim for top billing?Read More
Everything You Need To Know About Charging Electric Cars
Find out how to charge your car where to do it, what you need & what it costsFind Out More
We use cookies to improve your experience. Find out more in our cookie policy.