The Formentor was the first standalone model from Cupra, an offshoot of SEAT that deals exclusively in high-performance or innately sporty cars. Now, you’ll notice that this is a crossover SUV. Granted, it’s an especially rakish-looking crossover SUV, but that’s not a type of car generally associated with innate sportiness. Crossover SUVs are made to be family runabouts, right?

Don’t worry though, because all at once the Formentor is both a comfy and spacious family SUV and a genuinely fun-to-drive performance car. Those qualities shouldn’t really co-exist, but the Formentor really is that good. 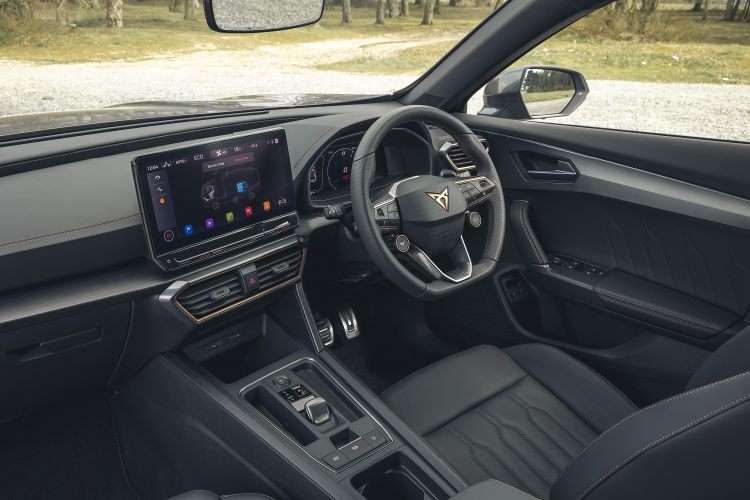 Aside from the true dual-character nature of the thing, which we’ll come back to, just look at it. On the road, the Formentor exudes the sort of sporty visual appeal that very few SUV-style cars can match. It's available in 9 stylish colours with various interior choices for those who like to customise, check out our Formentor colour guide for details. It’s often compared to so-called ‘coupe-SUV’ cars like the Audi Q3 Sportback or BMW X4, but it avoids the dramatic downward slope of their rooflines in favour of a much more coherent, squat design – and without making big rear space sacrifices. This is a practical 5-seat family car with a big boot.

The dashboard is made of some truly top-quality and incredibly stylish materials, and the standard sports seats are proper comfortable and form part of a driving position that’s very non-SUV. You sink into the Formentor as you would in a sportscar, almost, which aids the feeling that you’re not in your average big family wagon. 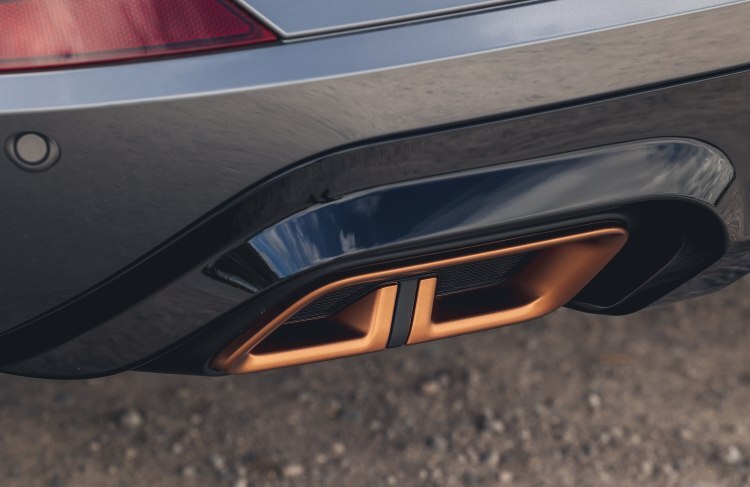 The user experience in the Formentor could be a bit better because it arguably relies too heavily on the touchscreen. There are no physical buttons for the main controls, and even the haptic sliders for the heating and volume – lifted directly from the Volkswagen Golf – would undoubtedly feel better if they were just plain old knobs. Still, the infotainment software is designed well and generally easy to get to grips with.

And although all versions of the Formentor are well equipped and drive remarkably well, you will find a bit of difference in the way they feel from model to model, and the range setup can seem a bit confusing. See, if your Formentor has 204hp precisely or less, then there are two trim levels called V1 and V2, whereas higher powered models are split VZ1 to VZ3, and they include stuff specific to high-performance driving, like proper bucket seats, stiffer suspension and, crucially, adaptive ride quality control – with 15 different settings. The top 310hp model has 4-wheel drive too. Basically, more so than most cars you need to think carefully about which Formentor you want, and what your chosen specification will mean. 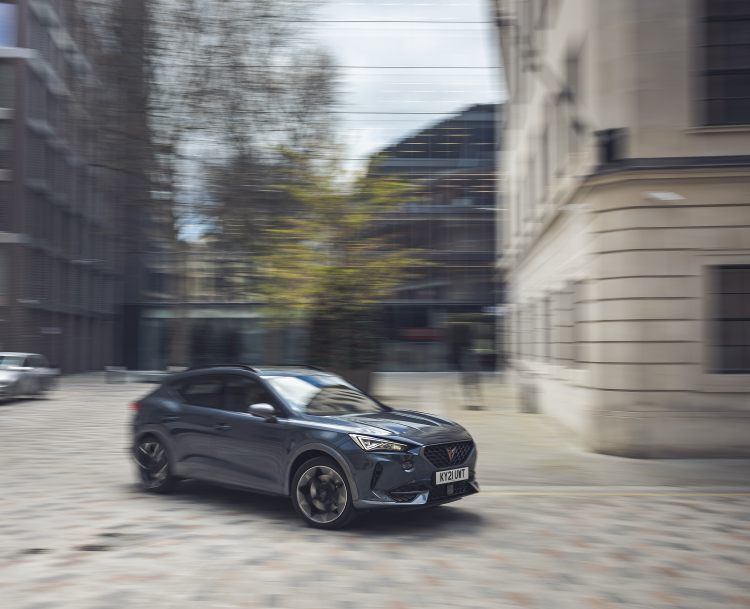 The Formentor is a truly brilliant sports SUV to drive, arguably better than any other high-riding vehicle this side of a (much more expensive) Porsche Macan. What’s amazing about that is that it’s made from the same basic parts as the Volkswagen Tiguan and T-Roc, the Skoda Karoq and Kodiaq, and various Audi SUVs. It’s actually quite amazing how different to those things the Cupra feels from behind the wheel.

Whether you pick the 150hp base model, one of the hybrids, or the 310hp range-topper, the Formentor has lovely steering, with real feel and bite to it. There’s an abundance of grip, but the really impressive thing is how well balanced the body control is, doing a great job of soaking up the road while keeping the body nice and stable around corners if you’re driving the Formentor in enthusiastic fashion.

That’s actually the case when the car has standard damping, but when equipped with the adjustable suspension (Dynamic Chassis Control) it’s even better, because you can adapt the ride quality between softer, for better comfort, and firmer, for improved feel and cornering stability. Granted, its 15 settings are probably a bit much (will you really tell the difference between stage 7 and stage 8?) but the system nonetheless works a treat. As does the active exhaust, which uses sound enhancement through the stereo speakers to make the car sound proper aggressive when you switch the car into Dynamic mode. It’s one of the best systems of its type. All of a sudden you have this mega responsive, super loud beast of a car. The steering weights up, the suspension tightens like you’ve pulled back on the catapult and it somehow seems like you’ve gained twice the power, because the throttle and the gearbox are working to give you everything. It just wants to be driven hard.

Yet the Formentor will function perfectly civilly as a family SUV, which is what – underneath all the sports-car-like decoration – the basic premise of the Formentor is. The ride comfort is excellent on motorways and A-roads, and even the models on larger 19-inch alloys float gracefully around town. Perhaps the least impressive versions from a pure driving point of view are the eHybrids, which feel heavier in the corners and can sometimes have a firmer edge to their low-speed ride manners. But even then they’re not out-and-out uncomfortable and they compensate by having up to 37 miles of hushed zero-emission electric power available. Assuming you keep the battery charged up. 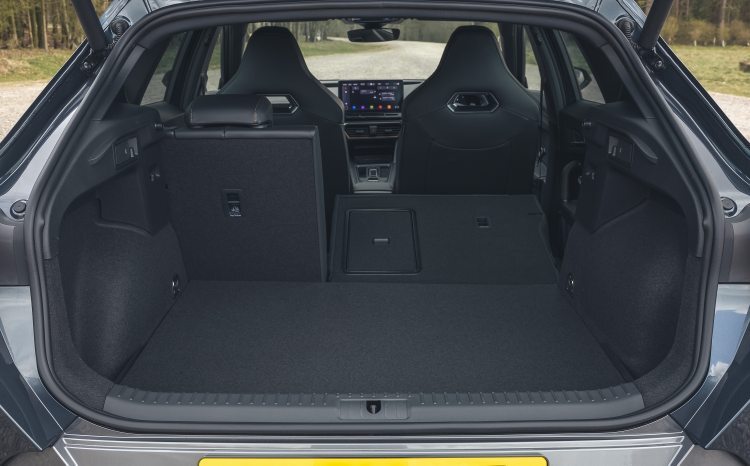 Passenger space in both rows of the cabin is generous and the visibility is fine in most directions, although it’s a little compromised rearwards due to the Formentor’s sloping tailgate. The driving position is excellent, though, with enough height to give you a better view out over the road, yet low enough relative to the Cupra’s body that it still feels sporty and ensconcing. Storage cubbies and solutions throughout the cabin are plentiful, while the Formentor’s relatively compact exterior dimensions for an SUV make it easier to park in towns than some of its contemporaries.

In pure boot space terms, there’s a difference to how much stuff you can put in the back of the Formentor according to which drivetrain you have. Models with just a petrol engine under the bonnet and front-wheel drive have the biggest boots, standing at 450 litres and rising to 1505 litres with the second row folded away. That should be big enough for any family of five. Cars with 4Drive all-wheel drive see those numbers reduced to 420 and 1475 litres respectively. But it’s the eHybrids that lose the most because the extra electric running gear under the boot floor leaves 345 litres – a decent enough space, but less than you’ll find in a Volkswagen Polo. 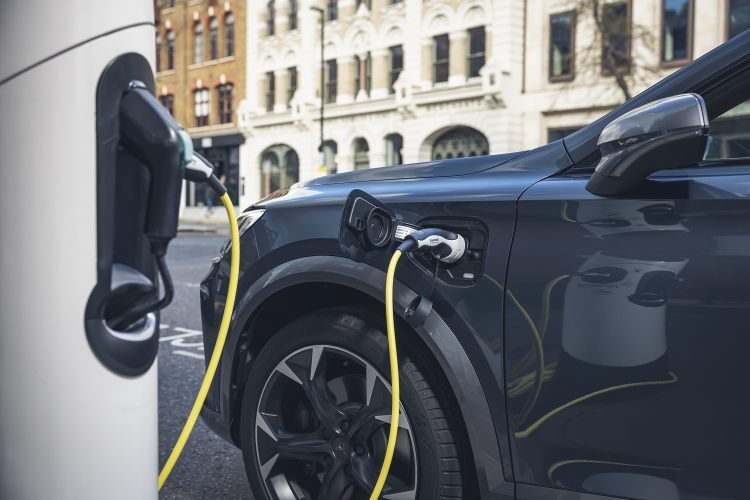 The TSI 150 is the most frugal and tax-friendly petrol powered Formentor, officially offering 41.5mpg as a manual and 39.2mpg as an auto, on average. Compare that to the 31.4mpg of the 310hp 4Drive model - albeit that’s a very quick car, and certainly the most fun Formentor in the range.

If you want the best eco stats there are a couple of hybrids to choose from. The 204hp model delivers 201.8mpg with 29g/km of CO2 emissions and an all-electric (EV) driving range of up to 37 miles. The 245hp model is a little less efficient but still impressive, with 176.6mpg, 33g/km of CO2, and a 34-mile EV driving range. The usual PHEV caveat applies to both though, which is that if you want to see such extraordinary economy numbers in regular usage, you’ll need to be charging these Formentors at least once daily and driving them for the vast majority of the time in electric-only mode like a lot of hybrid cars.

Lease rates are very alluring for what is, in essence, a performance car. Check out our latest deals here, 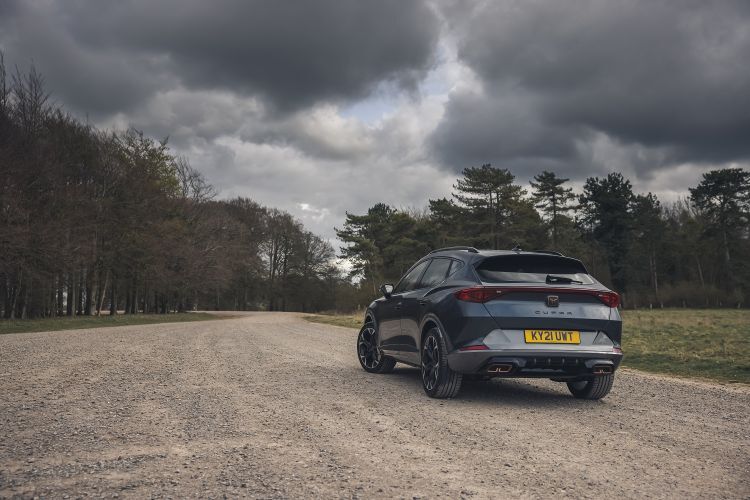 We’ve spoken about the slightly confusing trim hierarchy but regardless this is a well-equipped car from the base. The minimum you get in any Formentor is wireless phone charging, 3-zone climate control, adaptive cruise control, sports seats, 18-inch alloy wheels, keyless entry, parking sensors and a whole lot more. Safety is excellent too. This is a five-star safe car according to Euro NCAP and it comes with things like automatic emergency braking, predictive cruise control and lane keeping assist as standard.

What Are The Alternatives To The Formentor?

Sharp looking, comfy and brilliant to drive, but doesn’t have the outright sporty appeal of the Formentor.

The Macan being here tells you just how good the Formentor is. There’s plenty of overlap in terms of character, quality and sheer driving ability.

Not as sharp as the Formentor, visually or dynamically, but the Tiguan is still a benchmark for a family crossover.

"The Formentor is a winner. A true dual character car that’s both family friendly and great to drive; an SUV with coupe-like stying yet no real practicality sacrifice. If this is what we can expect from Cupra going forward, SEAT’s high-performance offshoot is going to do okay."

3 Things To Remember About The Cupra Formentor:

More On The Formentor