It’s a segment that began with the first Nissan Juke in 2010, which combined the dimensions of a small hatchback with the height and styling of an SUV. It’s hard to believe that this idea was fairly radical a mere decade or so ago.

The First Juke? That Must Make This Juke The Second One Then?

It does. The first Juke started the compact crossover trend but, honestly, it wasn’t great. It was unique, but it was also cramped, its media system was clunky, and the driving experience dull. It all just felt a bit style-before-substance. So time around Nissan has added the substance. The Juke is now a very practical small crossover. That's not to say it doesn't have style too however, being available in 26 colours and 15 duo-tone matches, check out our Juke colour guide for all of your options. 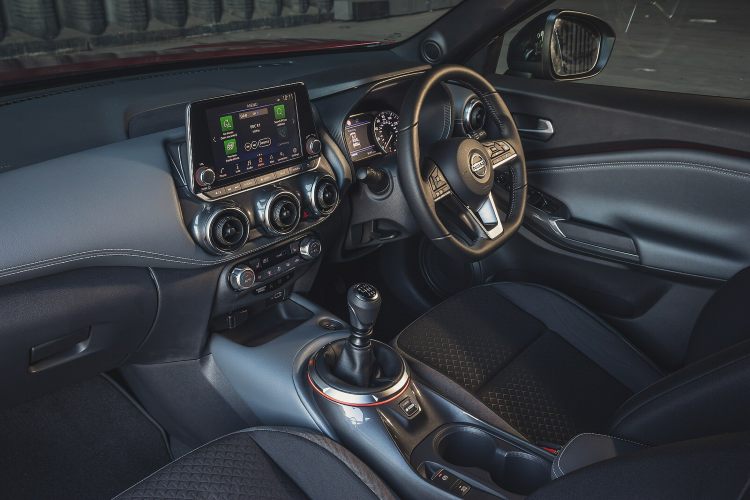 What About The Ford Puma?

Good point. The Ford Puma, then. The easiest way to think about the Puma is as a crossover Fiesta. Everybody knows what a Fiesta is, right? But just in case: great value, really good fun to drive and, therefore, wildly common. The Puma is so much more than just a Fiesta with SUV styling, though. It also comes in several colour choices (not quite as many as the Juke) so be sure to check our Puma colour guide if you're looking to customise. 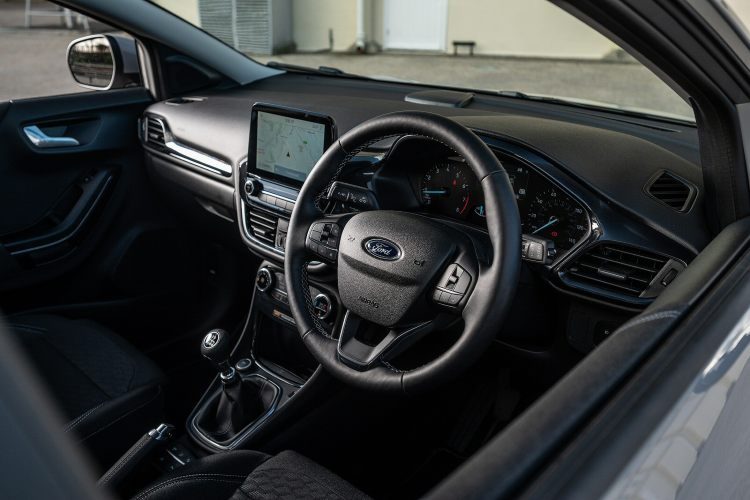 Go On Then...How Much More?

Most obviously it’s how cleverly packaged the Puma is, mainly its amazing rear end, because under the boot floor there’s a waterproof box, a big square bucket of joy. It’s basically there to chuck your ‘lifestyle’ things into to stop them soiling your lovely boot carpet. We’re talking sandy wellies, dog leads...you name it. As long as it’s less than 80 litres big, which is the capacity of the so-called Mega Box. Using “so-called” there sounded sarcastic. It isn’t. It really is a mega box. It even has a drainage plug in it.

Above the box the boot itself is large and fully featured, including a twin floor that lifts high for ease of loading, a 12V socket, bag hooks and a luggage cover that’s attached to the tailgate so it lifts out of the way.

Right Then, This Seems Cut And Dried. The Puma Is Great To Drive And Practical. Why Should I Look At A Juke?

Well, for a start there’s no denying that the Ford Puma looks...challenging. We love it - and it really does look better in real life than its slightly bug-eyed look in photographs - but it’s probably fair to say that the Juke has a cleaner, more appealing aesthetic. Subjective, of course, but the Juke’s styling manages to be sharp and coherent while at the same time standing out from the crowd. A difficult trick to pull off.

The Juke isn’t all about its looks though. Nissan clearly listened to customer feedback and sorted out the first car’s fundamental practicality issues. The boot is much bigger than before, up from a paltry 251 litres to 422, which is bigger than the 400-litre space you get in a SEAT Arona, say. And like the Puma it too is furnished with a twin-level loading bay and a couple of bag hooks. No waterproof box though, for shame, although Ford’s 468-litre boot space quote for the Puma includes the Mega Box, meaning the main bulk of it is smaller than the Juke’s.

But what’s highly impressive about Nissan’s work on Juke 2 is that it’s really not that much physically bigger than the first one. Instead, Nissan pushed the wheels right out to the corners of the car, extending the wheelbase, and packaged the interior in a better way. The result is a car with space enough for four adults, including a decent amount of rear legroom and plenty of headspace, but that feels like one of the smallest on the road. Which is to say easiest to place and park.

So Broadly Both The Same For Practicality Then. Is The Puma Really That Much Better To Drive?

It is, but that only really becomes apparent if you’re driving...erm...enthusiastically. Which of course you won’t be most of the time. The Puma truly is brilliant, much more cheerful to steer than most front-wheel drive hatchbacks, which is rare and remarkable for a car with crossover proportions. You can read a bit more about how it handles in our in-depth Puma review. It has that uniquely ‘Ford’ character, shared with the Fiesta and the Focus, of being comfortable, of avoiding harshness, while also serving up an acute sense of road feel through the steering wheel and your backside. That’s a very hard balance to get right.

The Juke just doesn’t do that stuff, the ‘being dynamic’ bit, as assuredly. But, again, these are cars for the everyday grind. And actually, the Juke also does a good job of balancing relatively sharp steering and good body control with day-to-day ride comfort. If anything, the Juke is a little on the firm side (in order to feel sporty), but that at least means it doesn’t lollop and roll about. And as well as being easy to park proportionally, it has great visibility all around and a widely adjustable driving position - two traits its predecessor just didn’t have. At this point it’s worth mentioning that the Puma loses quite a lot of headroom if it has a sunroof. Taller people beware.

Okay, What Are The Engines Like? I Assume Neither Is Going To Cost A Fortune To Run?

You assume correctly. The Juke is available with just the one engine, a 1.0-litre three-cylinder turbo petrol with 114 horsepower called DIG-T. It never feels quick, and it responds best to being revved, which is to say you’ll have to work it quite hard to get the best from it. You can mitigate a lot of the effort by choosing the twin-clutch automatic though, which replaced the frankly awful, whiny CVT option that the last Juke had.

The Juke’s 200Nm torque peak comes at 3000rpm, whereas although the similarly powered 125hp Puma EcoBoost has a little less torque, 170Nm, it all comes much earlier down at 1400rpm. That makes the Puma feel a little more responsive to your throttle inputs, and means you aren’t necessarily working the gearbox as much either. In both cases you’re looking at similar fuel economy: a 47.9mpg quoted average in the Juke with a manual gearbox, and 46.3mpg from the 125hp Ford 1.0-litre EcoBoost petrol. No difference IRL, basically.

Ford does a higher powered version of its engine, with 155hp, which we’d suggest is worth going for if your Puma is going to be fuller for longer. There’s a high performance ST model with 200hp too, which tells you how confident Ford is in the dynamics of its small crossover.

Is There Much Difference In Cabin Quality?

Quality, no. Usability, sort of. Neither has the intuitive simplicity of something from the Volkswagen Group - a SEAT Arona or Skoda Kamiq, say - but nor do they have the idiosyncratic personality of a Citroen C3 Aircross. Ergonomically they’re both spot-on, but also suffer a little from slightly small and unintuitive touchscreens, and a little too much grey plastic. Still, they each have the requisite slab of soft touch stuff across the top of the dashboard, each have a reasonable amount of junk storage up front - because let’s be honest, door bins are just that, right - and each feel well put together.

If you were forcing us to choose one cabin over the other, we’d say that the Puma has slightly better touchpoints, including a lovely spongy and tactile steering wheel rim, as well as a more satisfying gear change action.

What If We Were Forcing You To Choose One Car Over The Other?

Probably also the Puma, just because it offers so much more during those occasions you might, say, find yourself on an epic b-road. The Juke’s a great choice too though, especially if you want something that sits you a little bit higher, feels a little smaller, and isn’t as polarising to look at while still being stylish.

Oh, footnote. Spec your Juke with the Bose stereo and you’ll have a sublime audio experience too, including speakers in the headrest. If music is more a part of your commute experience than on-the-limit tyre grip, that’s definitely something to think about.

You can Lease a Ford Puma or a Nissan Juke here

More On The Puma