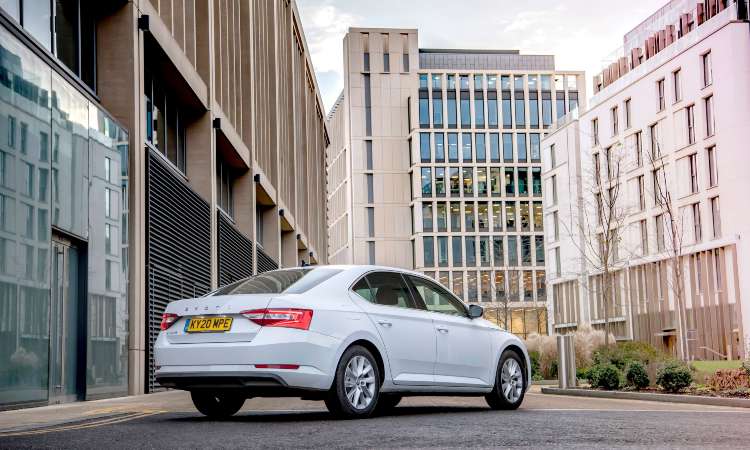 Using a superlative adjective like ‘superb’ as the model name for one of your products is asking for trouble – just ask Mitsubishi about such a thing, what with its poorly spelled Carisma, a dour vehicle which lacked for any sort of trace of the stuff. However, in similar circumstances Skoda has managed to avoid such a pratfall because this 3rd-generation Superb is, well, superb. Really.

It launched in 2015 in this shape, and you can have the Czech company’s biggest car (save for the Kodiaq SUV) in either 5-door Hatch format or as a classy wagon. Called, pragmatically enough, the Skoda Superb Estate. Bearing in mind the Superb is considered to be a D-segment car and priced accordingly, meaning it is ranged up against the likes of the Vauxhall Insignia, Ford Mondeo, Peugeot 508 and the very car it shares so much with, Volkswagen’s Passat, the way Skoda has executed the formula makes it feel grand enough to stand shoulder-to-shoulder with cars from 2 classes up – things like Mercedes’ E-Class and the Audi A6. So, let’s find out why the Skoda Superb is so blinkin’ su-… sorry, we mean, excellent. 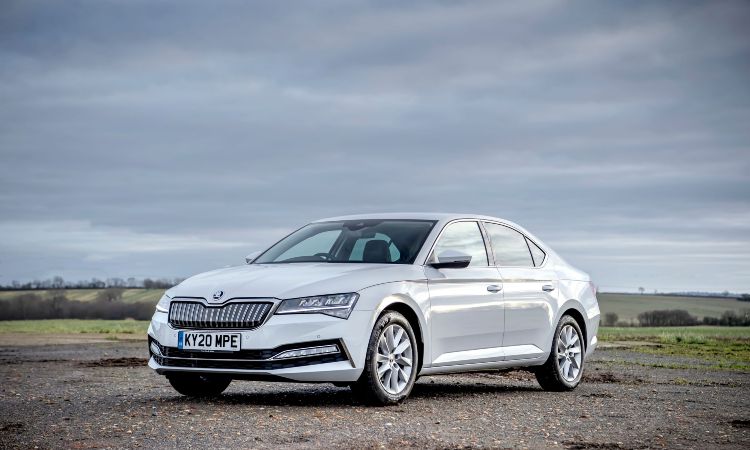 Pretty much everything. For starters, the previous 2 generations of Skoda Superb were always a bit gawky and disproportionate, but no such accusation could be levelled at the Mk3. It’s lean, crisp and angular on the outside, it looks equally magnificent whether it’s a Hatch or an Estate, and inside is a cabin which is utterly vast. We’ll come back to practicality later on in the piece, but it’s safe to say that if you need a car which can carry an awful lot of clobber, you will not find much better than the Superb Mk3 at any price point.

It’s not just that you get a lot of space for your reasonable amount of monthly leasing money, though. It’s that the Superb’s cabin is generally lovely. The quality of the fixtures and fittings is first-class and up with anything parent company Volkswagen equips in its own vehicles, while the ergonomics are spot-on. You won’t find yourself lamenting a slightly crooked driving position, for instance, or bemoaning an over-reliance on a central touchscreen.

True, the Superb does have a large, 9.2-inch digital display for most of the infotainment on the higher-spec models, but it still has plenty of buttons and knobs (steady…) to control other functions, like climate control and so on. In short, the Superb’s cabin makes life inside as simple and painless as it could possibly be, all while bolstering a feeling of contentment in its occupants. And that is what makes it so, er, splendid as a daily driver or family chariot. 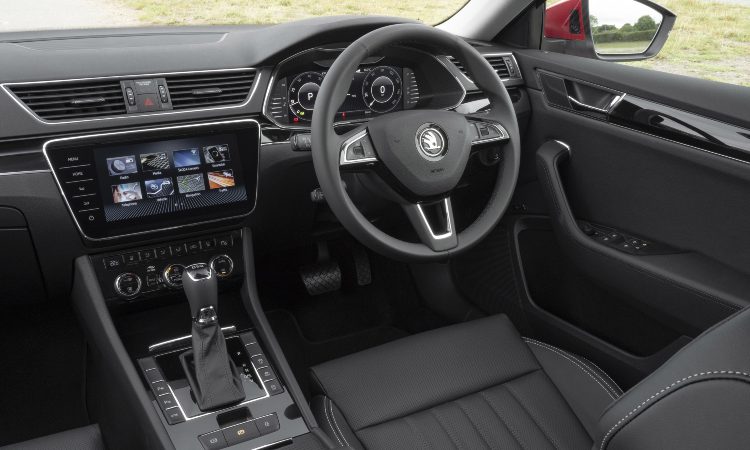 Um. OK. Hang on, we’ll try and think of something… well, the interior design isn’t particularly flashy, if that bothers you. As in, the dash is very pragmatic and dark, and there’s not much in the way of zany design-pads on the fascia nor 1000-colour interior ambient lighting to play with (although you can cycle through 10 different hues for the cabin illumination, so that’s something). But the Skoda’s reserved layout suits this class of car; in truth, few of its rivals do things any differently inside. 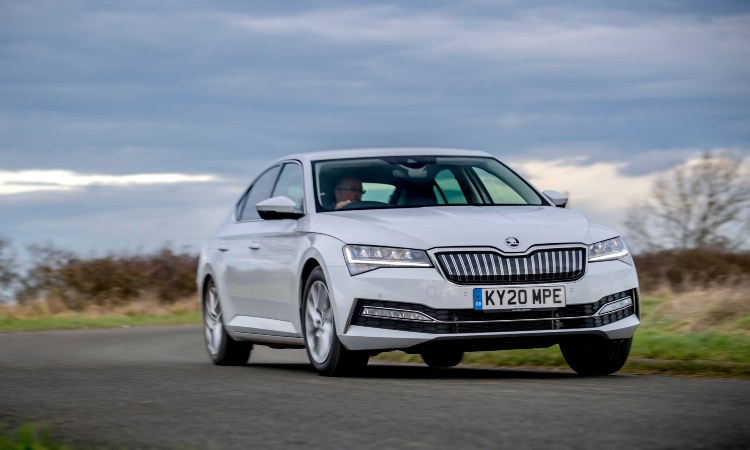 Skoda offers a range of smooth, efficient and powerful engines in the Superb line-up, and you can’t really pick a bad one out of the lot of them. There’s a good spread of TSI turbocharged petrols, starting with a 150hp 1.5-litre unit with either a 6-speed manual or a 7-speed DSG dual-clutch auto transmission. This sweet little engine drives the front wheels of the Superb only but it has Active Cylinder Technology (ACT), which means it can run on just 2 cylinders to save fuel when engine loads are light (when you’re coasting on the motorway, for instance). There’s a 190hp 2.0-litre TSI above it, which is paired to the DSG auto only, and then the range-topper is a mighty 280hp DSG 4x4 TSI, which is basically a stealth version of an Audi S4 if you want to think of it that way. The 280 is great fun to drive, too, as well as being comically fast.

The diesels are all 2.0-litre TDI units, either with 150hp (again, manual or automatic and front-wheel drive only) or rising to 200hp, which comes only with the DSG transmission but has the option of 4-wheel drive if you want it. The final piece of the Superb jigsaw is the new iV plug-in hybrid model, which joined the range around the time of the midlife facelift in 2019. This has a 1.4-litre TSI petrol engine plus an 85kW electric motor and 13kWh battery pack, which means it can do 38 miles in saintly zero-emissions style, only it also has 218hp and the ability to hit 62mph from rest in 7.7 seconds. That makes it the fastest model bar the 280hp TSI flagship.

In truth, aside from the relatively-expensive-to-lease-and-run 280 4x4, no Superb is exactly thrilling to drive. They all have good body control, slick gearboxes (that counts for both manual and the auto) and responsive steering, but they’re not set up to excite the person sitting behind the wheel. Instead, a Superb’s dynamic forte is to ease away the miles in supreme comfort. And for that, there are few finer cars.

The Skoda’s long wheelbase, coupled to top-notch sound suppression around the passenger compartment and a high degree of mechanical refinement, means that you can go hundreds of miles in one hit in the Superb and you’ll get out the car at the other end of the journey feeling like you’ve done nothing more arduous than popping to the shops. Sportline models can induce a tad too much tyre roar on their wider, sportier rubber, but frankly any other spec of Superb is one of the finest motorway mile-munchers you could possibly find yourself in. 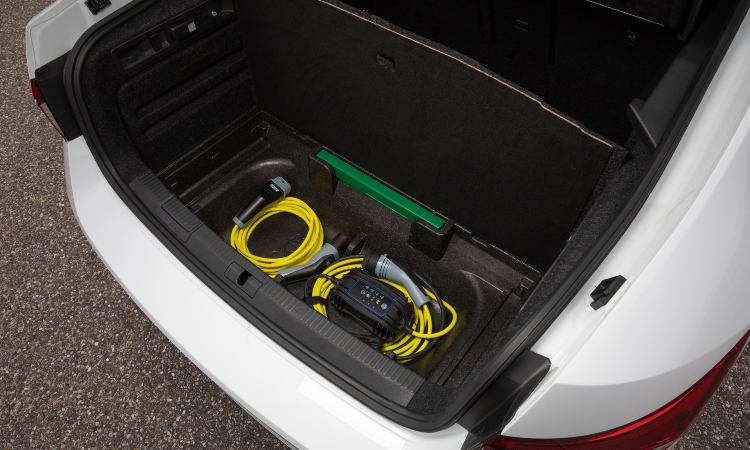 Aside from some of the most massive SUVs, which bring their own problems in terms of their gigantic road footprint and huge weight, you will not find a more practical car than the Skoda Superb. Leg- and headroom in the 2nd row of seating is generous to a fault, no matter which body style you go for, and a full complement of 5 tall adults should be more than capable of getting comfortable in the vehicle.

And then you’ve got the boot space. Which is ginormous. Even the Hatch packs a whopping 625 litres with all seats in play – that’s bigger than most other estate cars, by the way; for reference, the related Audi A6 Avant, which is ostensibly 2 classes up from the Skoda, has just 565 litres in its cargo area – and if you fold the Superb’s back seats down then that figure rises to 1760 litres. The Superb Estate, however, is essentially a 5-seater car with a cavern tacked onto the back of it. Capacity in the wagon’s boot starts at 660 litres and rises to an immense 1950 litres with the rear seats folded away. Honestly, that is a van-like figure.

Quite aside from all this, there are loads of useful cubby holes and storage places dotted around the cabin, a plethora of Skoda’s ‘Simply Clever’ touches – like a card-holding clip on the A-pillar, cupholders which have moulded bases that allow you to open a PET drinks bottle 1-handed, and complimentary umbrellas stashed in both front doors, for instance – huge door pockets to play with, and also the ergonomic correctness of the cabin layout/operation that we’ve already talked about. The Superb does everything it can to make your life easy. That’s practicality in a nutshell. 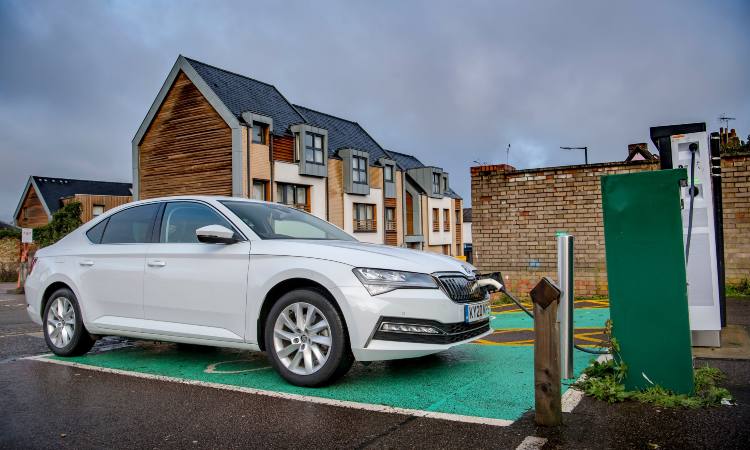 If you’re looking for the most tax-efficient model, the Superb iV is the one to aim at. Due to its CO2 emissions peaking at 33g/km on the WLTP weighted cycle for all variants, it’ll sit in the 11% benefit-in-kind (BIK) tax bracket. Skoda can also quote fuel economy in excess of 200mpg for all models of the iV, with the lower-spec Hatch versions on smaller wheels returning up to 256.8mpg. You need to regularly plug it in and drive only on electric to see such numbers yourself, mind.

That said, any Superb will be reasonably easy on the wallet in terms of fuel. Only the 190 TSI DSG and the 280hp 4x4 dip below the 40mpg marker for official economy, while the diesels will typically give you 50mpg and more on the combined cycle. Bear in mind the Estate is a little heavier on juice, model-for-model, when compared to the sleeker, lighter Hatch.

Pricing is also ultra-competitive. With specs running SE, SE L, Sportline Plus and then Laurin & Klement (L&K), only a few Sportline and L&K Hatch models drift beyond the £40,000 barrier, and an Estate is around £1280 more expensive than its equivalent Hatch, but the range starts at £26,000. You can spend that much on a Ford Fiesta these days, never mind a car which can rival a Mercedes E-Class for feels. Of course, it’s going to be much more cost-effective and sensible to lease a Skoda Superb through Vanarama, because we can get you in one for around £250pcm as a starting figure. Bargain. 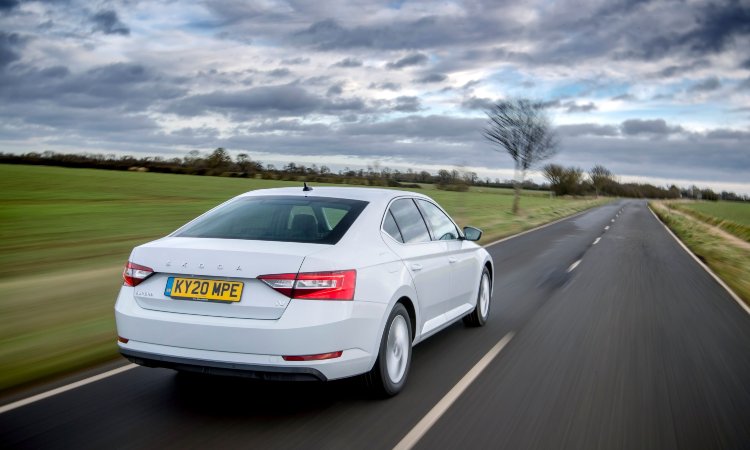 Skoda began making the modern-day Superb models, under Volkswagen’s auspices, in 2001. But the nameplate actually dates back to a car the Czech company (then Czechoslovakian, obviously) made between 1934 and 1949. That old-timer had the distinction of being Skoda’s first-ever car with 4-wheel drive, and also its first to pack a V8 engine.

What Alternatives Should I Look aA?

Sharp looks and some strong plug-in hybrid options, but not all will get on with the Peugeot’s unusual, if striking interior.

Copies the Superb pattern of being big and comfy, but there’s no hybrid option and no estate version either.

The same car underneath as the Superb. Yet, for some strange reason, the Skoda is the more likeable machine…

Three Things To Remember About The Skoda Superb: