The i30 is Hyundai’s rival to the Volkswagen Golf. This Korean hatchback is in its 3rd generation now and is still available as a regular 5-door, with an upright rear hatch, as well as the swoopier Fastback with a less steeply sloped tailgate – the carmaker refers to this second body type as a ‘coupe’, although with 5 doors it’s pushing the very definition of that word to the verge of breaking point. Anyway, if a hatchback version isn’t practical enough for you, then know that Hyundai has your needs covered with a handsome estate version called the i30 Tourer.

Updated for the 2021 model year, the most obvious visual changes made by Hyundai saw the front and rear lamp clusters of the i30 take on V-shaped signatures, while a digital instrument panel was added inside. However, one all-new drivetrain introduced was a 1.5-litre turbocharged petrol with mild-hybrid (MHEV) technology. Developing almost 160hp, we’ve sampled it here as a Fastback in racy N Line specification. Tasked with taking on the likes of the Golf, as well as the Ford Focus, Vauxhall Astra, Toyota Corolla, Kia Ceed, SEAT Leon, Skoda Octavia and more, is the updated i30 any good? 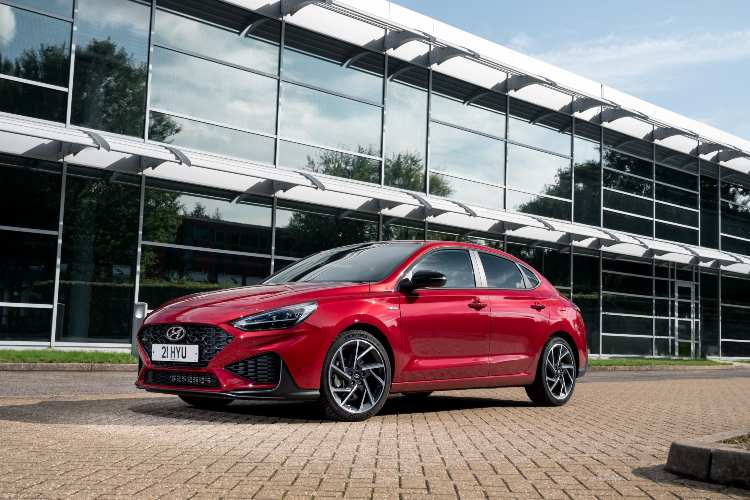 It does look rather smart, outside and in. The Fastback in particular is visually appealing, as there are fewer obvious rivals for it than there are for the standard i30 hatchback – which, in turn, is a car which a few observers have said is a touch too generic in its styling. However, the Fastback’s sweeping roofline does give it more of an identity of its own. Picking the N Line specification on any i30 adds beefier bumpers, side skirts, a bespoke design of 18-inch alloy wheels and a larger radiator grille up front, complete with a technical mesh pattern for the grille’s insert.

Inside, the new 7-inch TFT instrument cluster is a big improvement on the plain analogue dials that went before, although it must be said that in the updated i30 the central, configurable display is still flanked by an array of physical gauges for revs, fuel and the engine’s coolant temperature. Nevertheless, with its 10.25-inch infotainment screen and intelligent switchgear layout, the Hyundai’s cabin functions just as good as it looks. Material quality is generally excellent throughout, while both the steering wheel and the new shifter for the 7-speed dual-clutch automatic transmission feel good to the touch. We’re also big fans of the deeply sculpted, supportive bucket seats in the N Line. 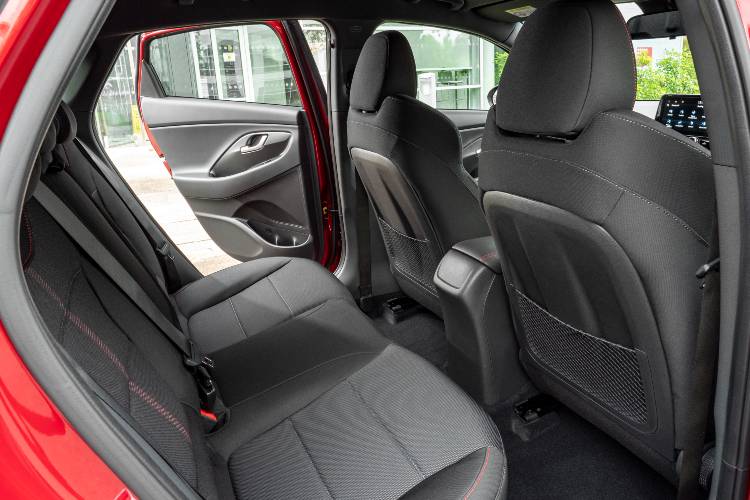 Try as Hyundai’s engineers might, they have not quite been able to eradicate the feeling of reduced headroom in the 2nd row of the car. If you carry 3 tall passengers on a regular basis, you’ll need the regular hatch or the Tourer, rather than the i30 Fastback. Also, there’s the danger that if you spec it up like our test car, the interior will end up feeling rather… grey. All the surfaces you look at are in a variety of dark charcoals and black, so it’s not very uplifting inside in terms of light and shade.

How Does It Drive? 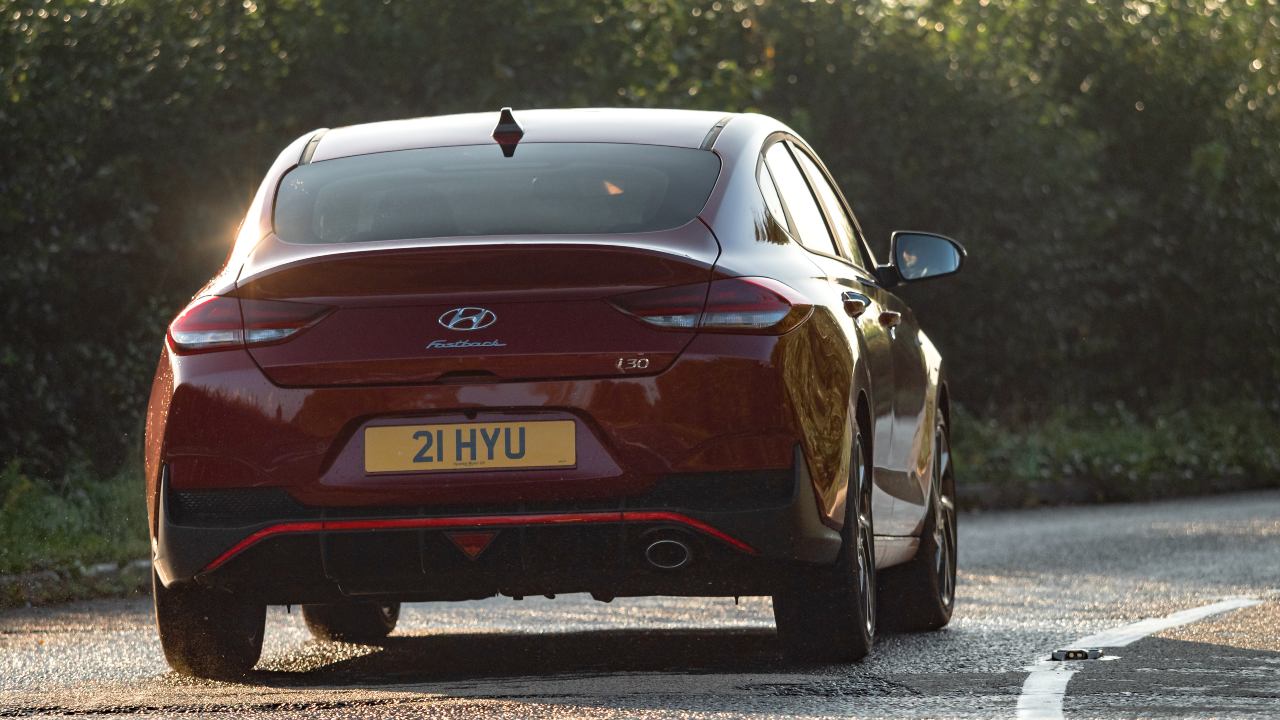 The new 159hp 1.5-litre MHEV drivetrain is suitably impressive. It neatly bridges the gap between the pre-existing 120hp 1.0-litre 3-cylinder petrol and 136hp 1.6-litre 4-cylinder diesel models lower down the i30 Line (both of which now have the 48-volt MHEV technology themselves), and then the 280hp N hot hatch at the top of the tree. Hyundai claims 0-62mph in a swift 8.8 seconds for this DCT model – slightly slower than the 1.5 manual, which runs the sprint in 8.6 seconds – and that is a performance stat that feels entirely believable.

With a healthy 253Nm of torque hitting from just 1500rpm, the i30 N Line always gives the impression it is as sporty in a straight line as its enhanced bodywork would have you believe. The engine also stays nice and quiet almost all the way around the rev counter, while it’s smooth in operation too and not possessed of any notable turbo lag.

The handling is OK, although it’s not anything like as engaging – naturally – as the ‘proper’ N performance model. A tougher suspension set-up does give the N Line an extra degree of sharpness when compared to the regular i30 models, but it also gives in an extra degree of discomfort when it comes to ride quality.

On the bigger alloys and firmer suspension, the Hyundai struggles for composure on rougher road surfaces, amplifying thumps in the cabin more than is strictly necessary. It becomes more comfortable and calmer at higher speeds, or on better-quality roads, where you’ll be impressed by its mechanical refinement, but it’s a shame the low-speed ride is so gritty.

Then there’s the DCT ‘box. It’s not bad, but it’s by no means a shining example of its type and it can occasionally react in a dim-witted, dopey fashion. There aren’t even paddle shifts on the wheel that would allow a driver to bypass its hesitance, which is a particularly odd omission on a sporty-looking model like this N Line.

How Practical Is it? 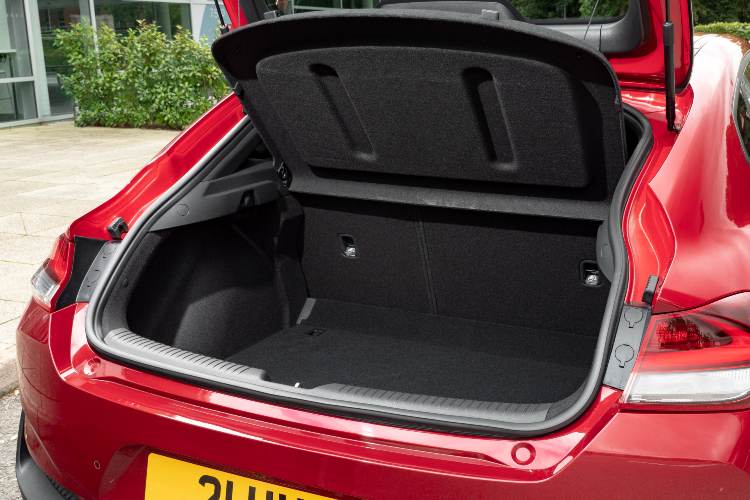 If you’re imagining that the i30 Fastback is somehow less practical than the hatchback model, think again. Save for reduced rear headroom, it is every bit as practical as the regular Hyundai – and perhaps more so, as it actually has a 55-litre larger boot than the normal hatch. The Fastback boasts 450 litres as standard, rising to 1351 litres with the rear seats folded down. Shame they’re only 60/40 split, rather than the more useful 40/20/40 configuration you’d find in some of the Hyundai’s competitors.

Storage is OK, with a large glovebox and a central cubby underneath a flip-lid on the front armrest, but the door pockets aren’t massive. The front ones might be able to accommodate larger bottles, but the rear items are quite titchy in comparison. Further, there are no USB nor 12-volt sockets in the rear, so kids are likely to get bored on long journeys when their electronic devices run out of power, while the N Line is supposed to have a wireless smartphone charging pad but – for the life of us – we couldn’t find it. A rubberised tray ahead of the gear lever at least allows for the storage of coins and other bits-and-bobs, while there are 4 cupholders in the car: 2 in the front transmission tunnel and 2 in a fold-down rear armrest.

Good news for centre-rear passengers – the Hyundai’s front-drive nature means that the floor is almost as flat in the middle of the i30 Fastback as it is in the outer two rear footwells, so if you have to sit in the central seat for short journeys then it shouldn’t be too painful an experience.

How Much Will It Cost? 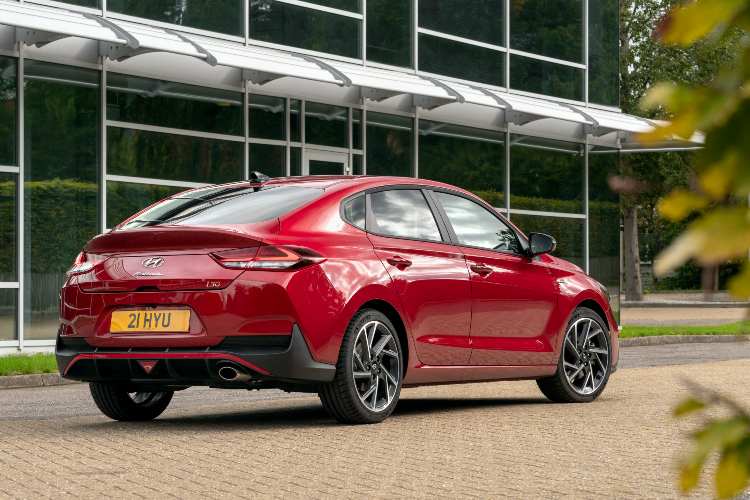 Any Hyundai should be generously equipped as standard and the i30 is no exception. Even base SE Connect models have 16-inch alloy wheels, automatic headlights with LED daytime running lamps, 8-inch touchscreen infotainment with Apple CarPlay and Android Auto, a reversing camera with rear parking sensors, electric windows all round and air conditioning, among more. The N Line benefits from the 7-inch TFT instrument cluster, upgraded 10.25-inch infotainment, dual-zone climate control, 18-inch wheels, keyless entry and go, and further desirable items too.

We also saw an average economy of approaching 50mpg across more than 500 miles of mixed-roads testing, while the mild-hybrid gear will allow the car to easily achieve 54-55mpg on a steady motorway cruise. Set that against the official manufacturer’s claim of 47.1mpg combined on the WLTP cycle and you can see the MHEV powertrain genuinely does save a bit of extra fuel in normal usage. The CO2 output is pegged at 136g/km, which makes the i30 reasonable yet not exactly outstanding for taxation purposes. All Hyundais come with the 5-year, unlimited mileage warranty that is one of the automotive industry’s best levels of cover. 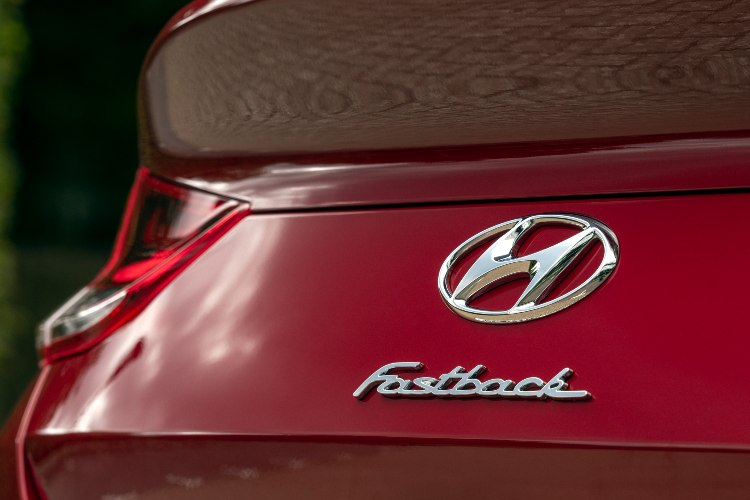 If you fancy the flashy Fastback, bear in mind it doesn’t have access to as many engines and trims as the hatchback. In fact, it is only available as this 1.5 MHEV N Line or as the full 280hp N performance variant. Well, it is supposed to be the sportier ‘coupe’ model, after all…

This has a more fluid and supple chassis than the i30 N Line, although there is no Fastback analogue in Ford’s range.

Distinctive styling and a top-notch interior, but the Mazda3 has some unusual engine choices.

About the only other fastback in the class, the Octavia maximises interior space with its cleverly packaged body.

Three Things To Remember About The Hyundai i30

Top Cars For Safety
Find out our top picks of the safest cars...Read More
Best Small Crossover SUVS
Looking for a small SUV? Here's our top picks...Read More
Car Body Types: The Ultimate Guide
Today we have a wide variety of car styles, but what do they all mean and which is best for you?Read Guide