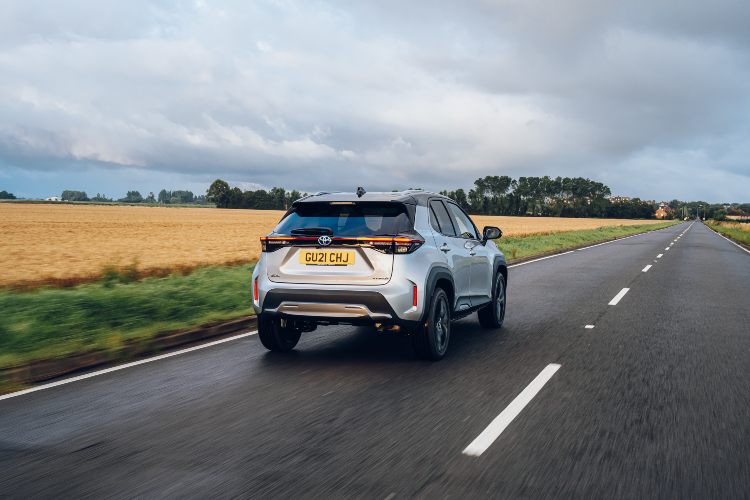 Considering Toyota started making the RAV4 as a 3-door compact crossover way back in 1994, what you’re looking at here is something that has been a mighty long time coming. This vehicle is called the Yaris Cross and it is the Japanese giant’s first serious attempt at a B-segment crossover – the oft-forgotten (and rightly so) Urban Cruiser, which was sold in the UK from 2009 to 2012 only, being the exception to the rule here.

The thing is, tiny crossovers are big business now. This Yaris Cross competes in a segment which contains all manner of talented VW Group offerings – such as the Volkswagen T-Cross, Skoda Kamiq and SEAT Arona, and even the Audi Q2 if you’re feeling flush – alongside rivals from nearly every major manufacturer you can think of. Heck, Vauxhall even has 2 of the things in the segment presently, bafflingly selling both the Crossland and the Mokka in this space.

As for Toyota, it is expanding its crossover and SUV portfolio massively right now, in order to catch up with competitors who were quicker on the ball when it came to cottoning on to what a cash cow these high-riding machines are. So while the RAV4 continues to this day, currently into its 5th generation, the Yaris Cross is one of 5 crossovers and SUVs the company provides – 3 of which launched after the C-HR came along in 2016 to join the RAV4 – and that number doesn’t even include its tougher Land Cruiser and Hilux 4x4 and pick-up models. 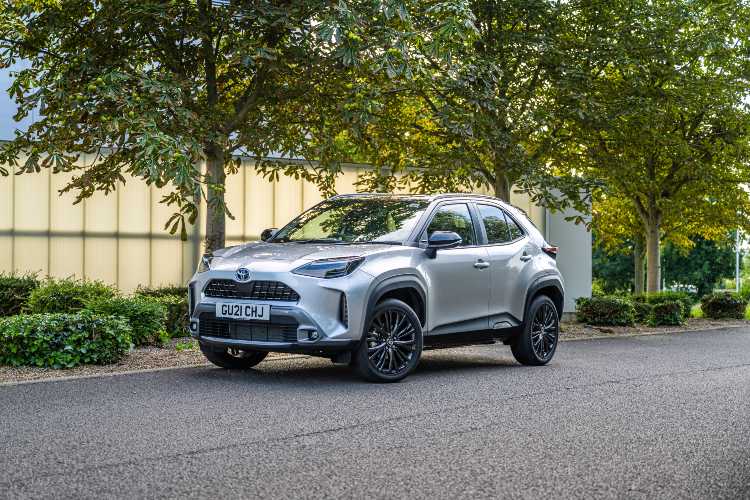 The Yaris Cross, which – as its name suggests – shares much with the Yaris supermini – is almost effortlessly good-looking. Without resorting to wacky detailing or needlessly garish colour schemes, the Cross manages to stand out through clean lines, just the right amount of off-roader-type styling touches and a general smoothed-off appeal that all coalesces into a coherent whole. In essence, what we’re saying is that it’s visually arresting without being needlessly fussy or ‘look at me!’. It should therefore not be a crossover which dates badly in terms of the aesthetics, as some other more outlandish automotive designs tend to do, and yet it’s not boring to behold in the slightest. 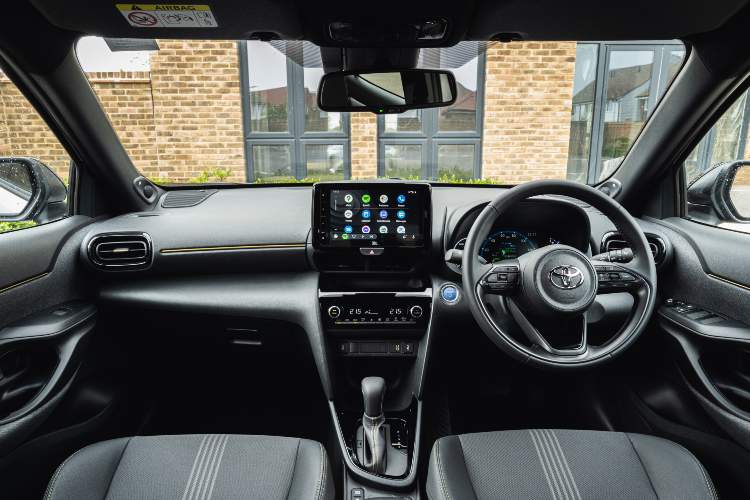 We’re struggling to think of things, in truth, but if we’re going to be honest then we’d say the interior lacks for much in the way of visual flair. However, this doesn’t mean the cabin is bad – sharing so much with the Yaris supermini, it is well built and has some very nice material finishing. It’s just that the digital display in the cluster isn’t the most cutting-edge bit of tech in the world, while it can be pretty sombre and dark in the Yaris Cross’ interior; you essentially get black cloth seats and charcoal plastics everywhere.

There’s also just 1 drivetrain choice for the Yaris Cross, which might put some customers off, but as we shall see below, the Toyota’s propulsion system is one of its strongest points… 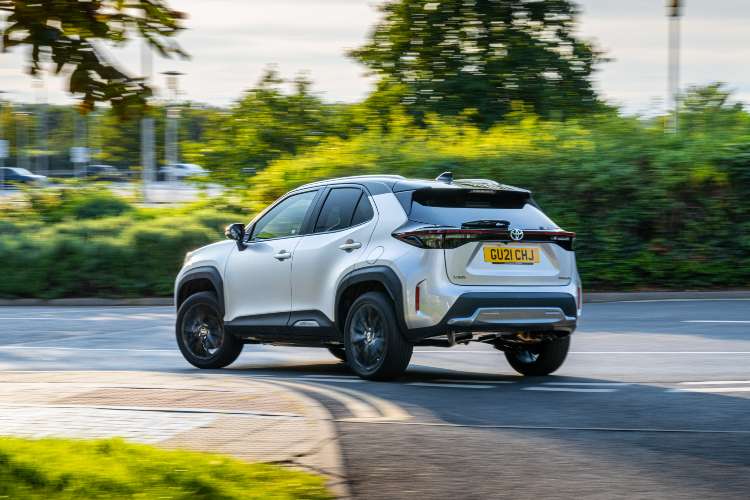 Under the skin of the Yaris Cross is the same 1.5-litre Atkinson-cycle 3-cylinder petrol engine plus 59kW electric motor and 0.76kWh lithium-ion battery pack as you’d find in the lower, lighter Yaris. This develops 116hp overall (91hp from the petrol plus 80hp from the e-motor, but obviously not the 171hp these 2 total on the face of it), which is backed up by 120Nm of torque from the 1.5 and another 141N from the electric unit – Toyota doesn’t quote a combined peak torque output for the Yaris Cross. All this drives the front wheels only through an electric continuously variable transmission (CVT).

With a 0-62mph time of 11.2 seconds and a top speed of 106mph, it’s a little way behind a Yaris with the same engine in terms of performance (0-62mph 9.7 seconds, 109mph), but not by enough that you’d really notice it. And, as Toyota has been working on hybrid systems for donkey’s years, we can tell you this is one of the best small petrol-electrics on the market.

The engine is smooth and full of character, while the integration of electric and petrol power is truly seamless too. And all of this is even allied to an e-CVT that isn’t unbearable to listen to in operation. In fact, the automated transmission is arguably the very best of its type, as it limits the sort of ‘high-revs screaming’ behaviour that is so typical of these gearboxes. Occasionally, the e-CVT will let the 3-cylinder motor rev out, if you need absolutely maximum power, but even when it does such a thing then the accompanying soundtrack is pleasingly snarly, instead of tortured and harsh. Better yet, because the Yaris Cross weighs less than 1.3 tonnes in this Design-spec format, the acceleration and real-world speed of the Toyota crossover is more than adequate for most everyday needs; you never feel like this is too small (or weedy) an engine in too big a car.

Underpinning all this is the Toyota New Global Architecture (TNGA) chassis. This one is a TNGA-B, shared with the Yaris and the smaller Aygo X, but any TNGA platform has revitalised the way Toyotas drive. Instead of dull dynamics and inert steering, as you’d find on the manufacturer’s mainstream cars of only 5 or 6 years ago, nowadays you get crisp handling and a lovely, clean steering set-up on pretty much anything Toyota makes. The Yaris Cross is no exception, which means that although it is no road rocket and is not in any way set up to try and thrill its owner behind the wheel, it actually has surprisingly adept and enjoyable handling.

Yet the suspension calibration deserves even higher praise. You might imagine that because it is more than half-decent in the corners, the Yaris Cross will ride in a fidgety fashion. But it doesn’t. Even on the 17-inch alloys of our Design test car, it’s comfortable and smooth at lower speeds around towns, which is where it most often ‘drops’ its petrol engine and runs on electric power only, and then its damping manages to provide superb body control once it is up to national speed limits on A-roads. Or, put another way, the Yaris Cross is just as impressive holding 60mph for miles on end as it is crawling around urban areas at near-walking pace.

Overall, it’s marvellous engineering to pull off this balance of good ride, top-notch refinement and sharp handling, but Toyota’s team has managed it quite brilliantly in the Yaris Cross. 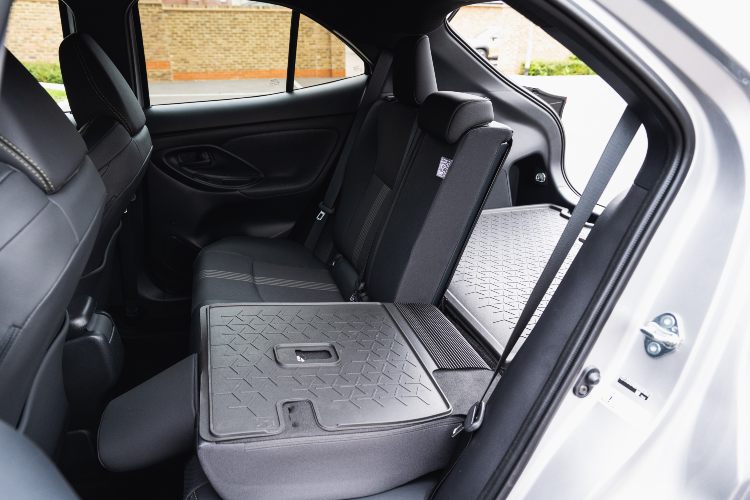 Although the Cross has the same wheelbase and mechanicals as the Yaris, it’s physically longer and wider on the outside, as well as (obviously) taller too. This manifests into an interior with greater rear passenger space than in the regular Yaris hatchback, as well as a bigger boot – the Cross has a 397-litre cargo bay, whereas the normal Yaris measures more than 100 litres smaller at 286 litres.

Elsewhere, the usual assortment of stowage cubbies, door pockets capable of swallowing drinks bottles and cupholders ensures the Yaris Cross will suit the lifestyles of the young families which lease it down to a tee. Add in the higher seating position, which makes both ingress/egress easier and also improves visibility when driving, and it’s fair to say the Yaris Cross makes a strong case for its existence, considering the fabulous Yaris is already present in Toyota showrooms. 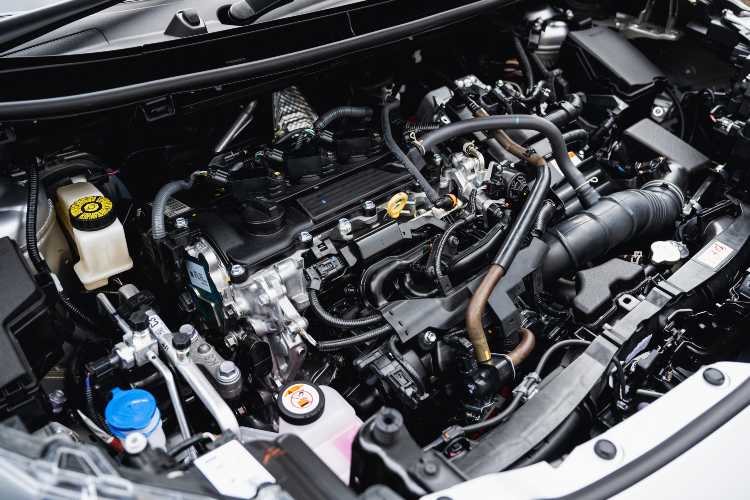 We spent 223 miles in the Yaris Cross and never once took it near a motorway or dual carriageway for an economy-boosting cruise over distance. And yet it returned 58.7mpg overall without us even trying to preserve fuel; surely more than validation enough for the Toyota hybrid system’s efficiency. Officially, Toyota claims 54.6-62.8mpg for the Cross, depending on which specification you go for, as well as CO2 figures of between 100- and 110g/km. These are clearly not pie-in-the-sky ‘on-paper’ figures only.

A Design, like our test car, enlarges the alloys to 17-inch items, as well as equipping LED rear clusters with direction-sweep indicators, ambient cabin lighting, privacy glass, LED headlights and aluminium roof rails, among more. However, perhaps one slight black mark here is that you need to have the top-spec Excel to have parking sensors front and rear – whereas many cars in this class offer at least rear sensors on specifications other than the flagship. That said, a Yaris Cross Excel also comes with a larger 9-inch infotainment system enabled with connected satnav, plus 18-inch alloys, a heated steering wheel and front seats, a kick-activated tailgate and enhanced ADAS including Blind Spot Monitor, all ways of mitigating its increased price tag and associated monthly lease costs. 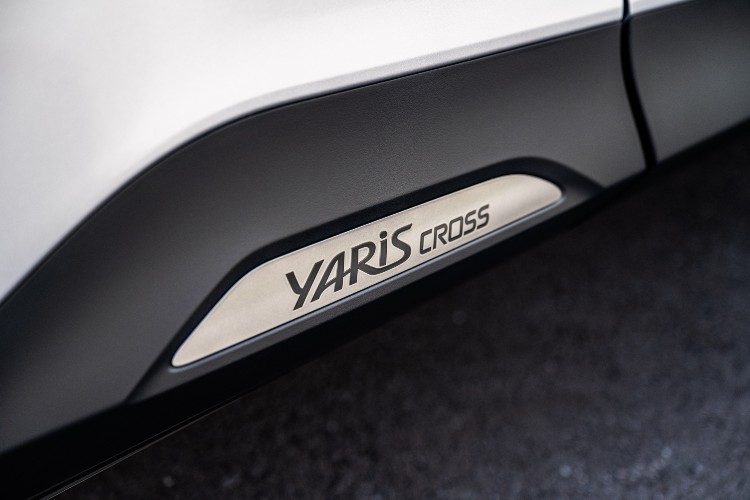 The Toyota Yaris Cross slots into the gap between the company’s tiniest crossover, the deeply appealing Aygo X, and its coupe-like C-HR. And, when it comes to the former of these, despite the fact its name is written with an ‘X’ you pronounce it ‘Aygo Cross’ – just like this bigger Yaris model.

Aims at comfort primarily and succeeds, to the detriment of handling. Has oddball exterior styling, too.

Superb chassis and the benefit of a 200hp ST performance model, although the Yaris is more frugal.

Standard B-segment fare, the Mk2 Juke is a lot better than the Mk1… but we prefer the Toyota.

"Overall, it’s marvellous engineering to pull off this balance of good ride, top-notch refinement and sharp handling, but Toyota’s team has managed it quite brilliantly in the Yaris Cross."

3 Things To Remember About The Toyota Yaris Cross:

How Does Car Leasing Work?
Learn more about the simple steps to leasing your dream car with fixed monthly rentals.How Does Car Leasing Work?
Top 10 Most Fun To Drive Crossover-SUVs
Here are 10 crossover-SUV models that you should try if you value your car for more than just its ability to carry stuff...Read More
Best Small Crossover SUVS
Looking for a small SUV? Here's our top picks...Read More