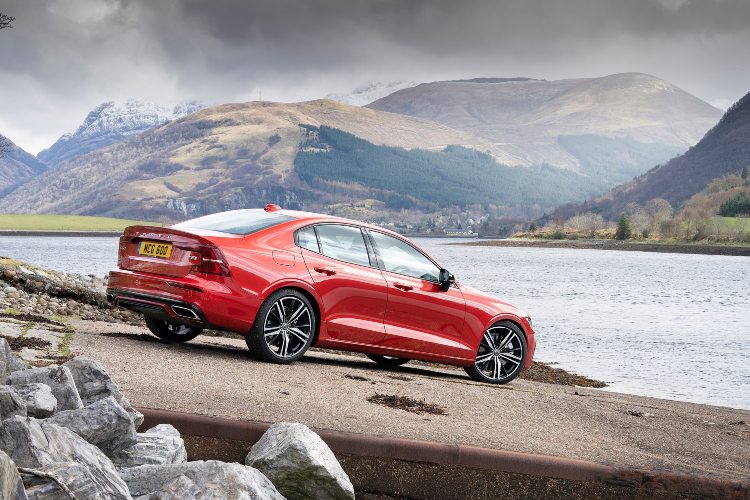 One of those striking new Volvos we’ve all been enjoying since 2015 and onwards. This one is the S60 B5, which uses a 2.0-litre turbocharged 4-cylinder petrol engine plus a 48-volt mild-hybrid system to save some fuel when compared to the preceding T5 model on which it is based. You still get the same 250hp and 350Nm on the B5 as you did on the T5, but these are healthy enough outputs that can see the front-wheel-drive S60 run from 0-62mph in just 6.7 seconds. Like any Volvo from the 2021 model year onwards, its top speed is limited to 112mph for safety reasons.

Launching a compact executive saloon car these days is always a risky business, and in this class that’s down to 2 primary reasons. The 1st is that the S60 competes in the sector of the market which is populated by the BMW 3 Series. Nuff said, really, although the Audi A4, Mercedes C-Class, Jaguar XE and even something like the Skoda Superb also serve to give the S60 a headache. But then, the 2nd point is that people these days want crossovers and SUVs, much more so than they want traditional premium cars like the Volvo. So can the B5 model do enough to persuade consumers that an SUV isn’t actually necessary? 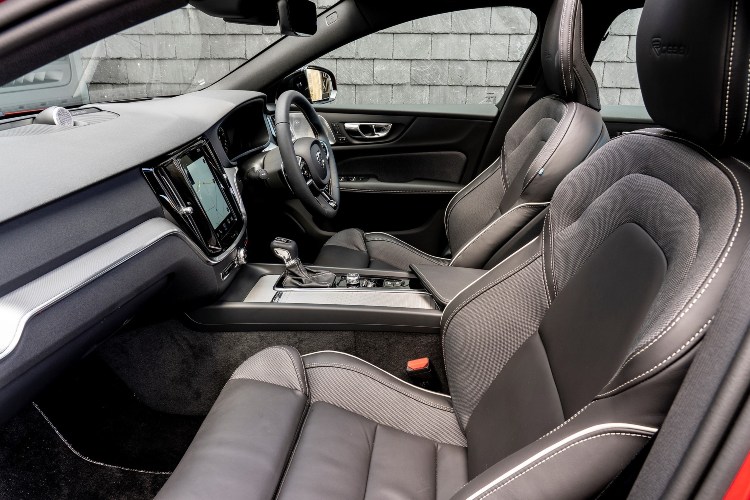 In terms of its showroom appeal – as in, what it looks like inside and out – the Volvo S60 is right up there with the best-in-class, if not leading the way among its rivals. There’s an estate equivalent of the S60 called the V60, which is equally lovely to look at, but if you’ve always wanted a smart, tautly styled 3-box saloon, you can do a lot, lot worse than the S60. Brilliantly, it looks as good in more sedate Inscription trim as it does in the sporty R-Design format.

Inside, the Volvo eschews showy soft-touch plastics but replaces that widely accepted barometer of cabin quality with beautiful metal and wood trims instead, plus a standard of fit and finish that’s second-to-none in the class. Everything you operate and touch has a solidity and deep sense of tactile goodness to it, while the ergonomics are spot-on too. Even the touchscreen, a 9-inch portrait affair which runs Volvo’s Sensus infotainment, is one of the more intuitive set-ups of its type to use. 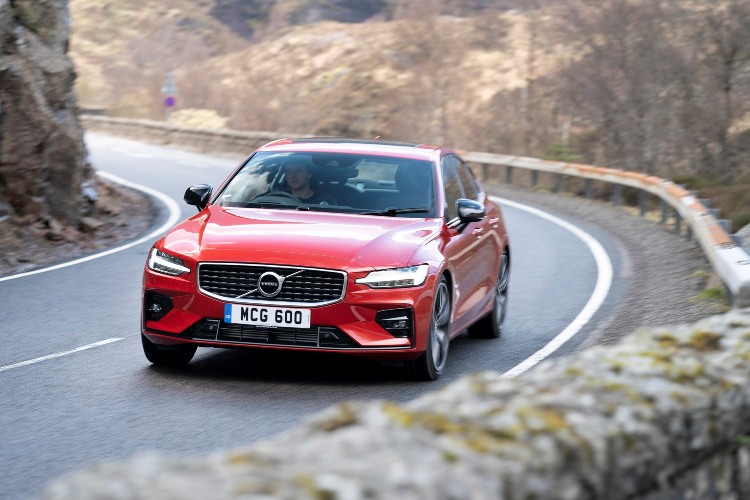 As we’ll outline in the driving section below, there are really only 2 engine choices for the S60 – this petrol mild-hybrid model, and then a petrol-electric plug-in hybrid above that. Many of its rivals offer far more drivetrain options for reference, while Volvo also only has a 3-trim line-up… and for some of these trims, there’s only 1 engine available. Therefore, the S60 has a very narrow model range when compared to much of the competition.

It’s also not the most exciting car to drive in class. Again, we’ll expand more on the dynamics below, but the Volvo isn’t going to make you want to switch from your BMW 3 Series if you enjoy time behind the wheel on quieter roads. It’s fine enough, the S60, but nothing more. 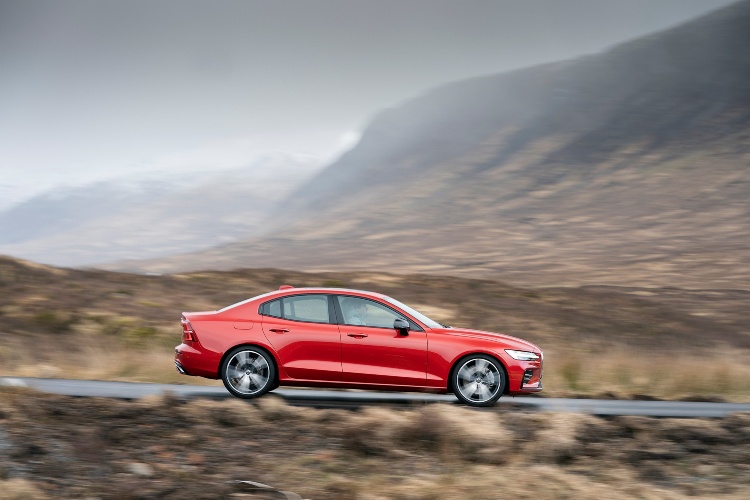 With this B5 drivetrain fitted, this is the slowest Volvo S60 model you can buy. The other 2 options are both T8 Twin Engine plug-in hybrids, with either 390hp if you go for the ‘standard’ one or 405hp for the version breathed upon by Volvo’s upmarket electric/performance arm, Polestar.

But obviously, in this instance, ‘slowest’ is a relative term because you will never lament the performance the B5 can offer. With that 2.0-litre turbo engine teamed to a smooth-acting 8-speed automatic transmission and also the torque-filling capabilities of the mild-hybrid tech, the S60 always feels really quick and urgent, and it even sounds pretty nice too. Not the greatest soundtrack of all, granted, but sporty enough to back up the robust performance.

Where the 3rd-generation S60 has already been finessed since its launch in 2018 is in terms of ride quality. On 19-inch wheels, the B5 now smothers out lumps and bumps in the road better than it did before, with less of a sharp-edged gait to the rolling refinement. There’s still slightly too much tyre roar at higher speeds on poorer road surfaces, but overall travelling long distances in the Volvo is a pleasure, not a chore.

You’ll get something like 40mpg or thereabouts out of it on motorways, which is not bad for a lightly augmented 250hp petrol car, but expect more like 35mpg if you do a lot of driving around the doors. 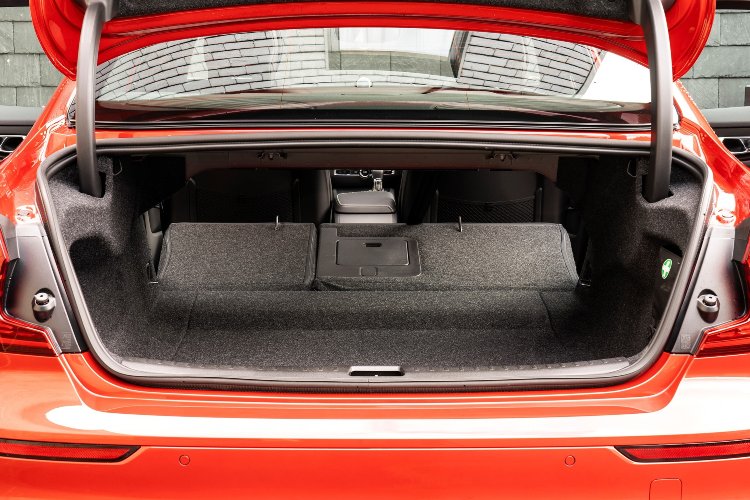 Not bad at all, for a saloon car. Space in the back of the S60 is impressive, and it’s light and airy back there as well, thanks to a well-shaped glasshouse. There is still quite a large transmission tunnel in the floorpan that means sitting in the centre-rear seat is not as comfortable as being 1 of the occupants of the 2 outer chairs, but generally the S60 stands comparison to its rivals in this class.

The boot is not quite as big, but again the B5 holds an advantage over its T8 siblings. They lose 36 litres of space due to the placement of their battery packs, with only 391 litres available, whereas the B5 can swallow 427 litres of stuff. However, that latter figure is a long way down on the 480 litres of the Audi A4 and BMW 3 Series, and even the 455 litres of the latest Mercedes C-Class.

In mitigation, there are good-sized door bins, front and rear, while 2 cupholders are neatly integrated into a storage area beneath a sliding cover in the centre console. Further storage for odds and ends can be found around the Volvo’s cabin. 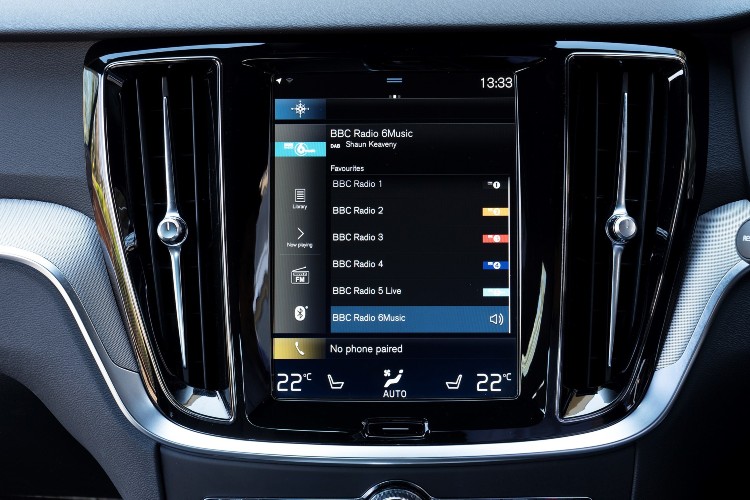 Volvo has positioned itself as a proper prestige brand in recent years, no longer lagging behind the German 3 of Audi, BMW and Mercedes, but now capable of standing proper comparison to them all. As a result, there’s a generous level of kit on every Volvo model and the S60 is no exception.

Options on our test car included a £1600 Driver Assist pack which incorporated adaptive cruise control and Volvo’s Pilot Assist system (plus more safety kit), a £1975 Lounge bundle including 4-zone climate control, a 360-degree parking camera, and a tilt-and-slide panoramic sunroof, an £850 Tech kit with uprated Harman Kardon and the integration of Apple CarPlay/Android Auto, the £450 Climate pack (with heating elements for the front windscreen, outer 2 rear seats and the steering wheel, to go with the standard front heated seats), 19-inch uprated alloy wheels (£550) and metallic paint (£675).

It’s a shame, however, that Android Auto and Apple CarPlay are part of the cost-options list, while also a wireless smartphone charging pad is another £225 upgrade.

Volvo claims up to 41.5mpg combined on the official cycle and CO2 emissions as low as 151g/km, although on larger wheels you’ll be pushing more towards the 170g/km figure at the upper end of the company’s official eco-stats. The Swedish company also offers a pretty standard 3-year/60,000-mile warranty, so aftersales cover is fine, but not outstanding. 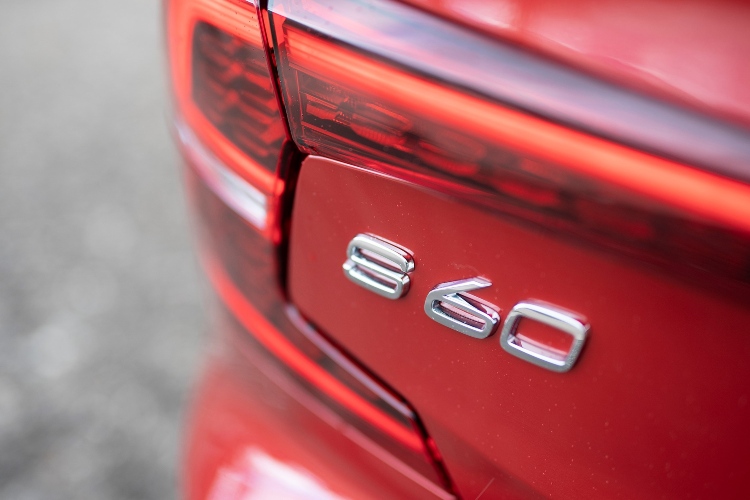 Similarly stylish to look at, but also not hugely exciting to drive. Lots of drivetrain choice, though.

Still the defining force in this part of the market. Brilliant in many regards, weak in none.

Sporty to drive and the interior has been improved during the facelift, although the Volvo is more polished.

"In terms of its showroom appeal – as in, what it looks like inside and out – the Volvo S60 is right up there with the best-in-class."

3 Things To Remember About The Volvo S60:

More On Cars
Volvo XC40 Lease Deals
Drive an XC40 for less with our unbeatable offersRead More
Volvo XC40 Vs Volvo XC60
Volvo has a range of some of the most desirable premium SUVs going right now - but which is best, the XC40 or XC60?Read More
Skoda Superb Review
Motoring expert Matt Robinson sees how Superb this Skoda really is...Read Review
This website stores cookies on your computer. These cookies will allow us to remember you and your preferences.
We use this information to improve your browsing experience.
To find out more, please read our
cookie policy.