Volvo has a range of some of the most desirable premium SUVs going right now, but in the battle of its pair of 5-seater models, which is best – the overtly stylish XC40, or the larger, more pragmatic XC60? Time to put them head-to-head to find out.

Which is the newest model of these 2? 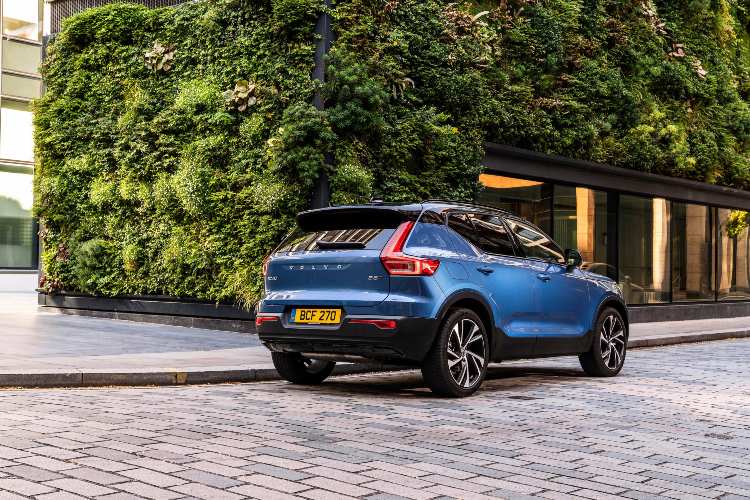 It’s the XC40. The current XC60 is the 2nd generation of the Swedish company’s midsized SUV, with the original launching in 2008 – being the 2nd SUV ever to issue forth from the marque, after the XC90 first appeared in 2002. XC, by the way, originally meant ‘Cross Country’ and was appended to various off-roading versions of the V70 estate through the 1990s and 2000s… although, confusingly, nowadays there are Cross Country-badged models of the V60 and V90 cars, and then these XC SUVs to go with them.

Anyway, the XC40 didn’t arrive until 2018 in any form, so it’s a brand-new model whereas the XC60 has been around for more than a decade. Don’t let that put you off the bigger SUV, though; the Mk2 XC60 is a cracking machine.

What are the main rivals for these 2 Volvos? 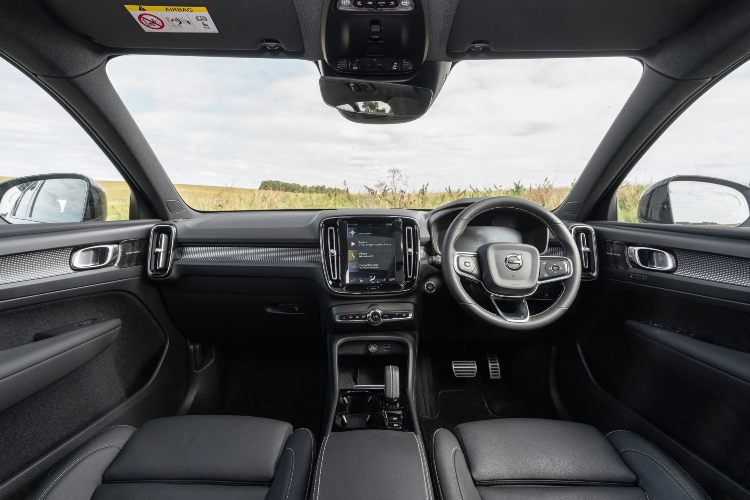 The XC40 competes in the compact premium crossover-SUV marketplace, alongside the likes of the Audi Q3/Q3 Sportback, the BMW X1/X2, the Jaguar E-Pace, the Lexus UX and the Mercedes GLA/GLB. There are rumours that Volvo is planning an even smaller model called the XC20, which would pit itself against the Audi Q2 in a niche sub-sector of premium SUVs, but the XC20 has not been 100% confirmed as yet.

The XC60, meanwhile, is your classic midsized premium SUV. It takes on vehicles including the Audi Q5/Q5 Sportback, the BMW X3/X4, the Jaguar F-Pace and the Mercedes GLC/GLC Coupe, as well as more exotic rivals such as the Alfa Romeo Stelvio, Maserati Levante, the Porsche Macan and the Range Rover Evoque.

Can I have either of these as a 7-seater? 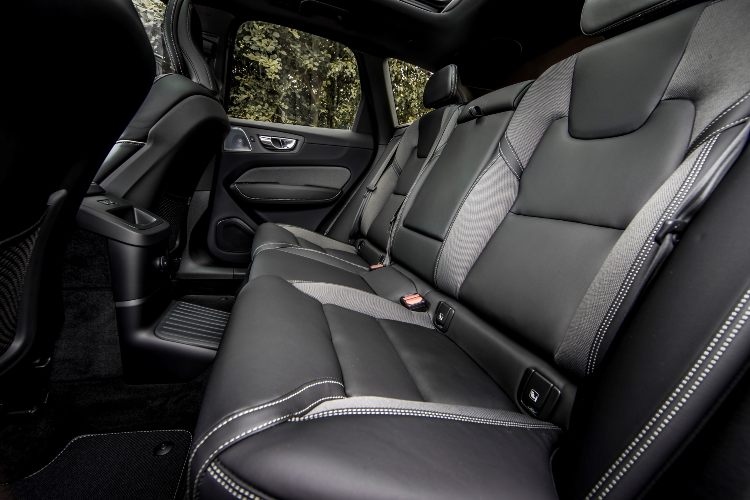 No, but then very few of their rivals come with 7 seats, to be fair. The XC40 is in a class where cramming 7 chairs into a relatively small body becomes a bizarre spatial-awareness challenge, although Mercedes has somehow managed it with the GLB. The XC60’s marketplace is also notably bereft of much in the way of 7-seat opposition, barring the Land Rover Discovery Sport, although for the price of these premium vehicles you could buy something like a top-spec Hyundai Santa Fe or Kia Sorento – both of which come with 7 seats as standard.

What are my engine choices in the XC40 and XC60 families? 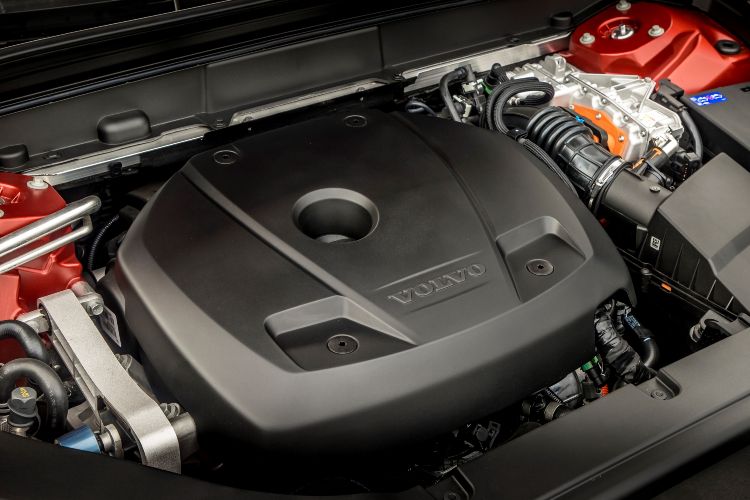 Well, if you want a diesel engine of some sort, you’ll need to lease the XC60. The smaller XC40 does not come with any form of turbodiesel engine, and that counts for versions either with or without mild-hybrid (MHEV) technology, instead making do with a series of turbocharged petrols and petrol MHEVs with either 3- or 4-cylinder engines of 1.5 and 2.0 litres’ capacity respectively. The range starts with a 129hp T2 and culminates with a 250hp B5 (‘T’ means pure petrol and ‘B’ means an MHEV), with most models utilising front-wheel drive. Only the more potent B4 and B5 models come with all-wheel drive (AWD), as it’s an option on the B4 and standard-fit on the B5.

If that’s not enough for you, there are 2 plug-in hybrid (PHEV) models to choose from as well. More confusion here: these go under ‘T’ badging, like the petrol variants, and are known as the T4 (211hp total) and T5 (262hp total), although they are also called ‘Recharge’ as part of Volvo’s wider electric-car-naming policy. Both the PHEVs are front-wheel drive and either will give you an all-electric driving range of getting on for 30 miles.

The XC60 is too large to use 3-cylinder engines, so all combustion units are 2.0-litre, 4-cylinder jobs. Be aware here, though, that while ‘B’ still means MHEV, it can mean either petrol or diesel propulsion for the XC60. The 197hp B4, for instance, is a diesel MHEV, while the 250hp B5 and 300hp B6 variants both use petrol MHEV drivetrains. Every XC60 has an automatic gearbox and almost all models are AWD, with only the B5 able to be specified in front-wheel-drive format.

Like the XC40, the XC60 has a couple of Recharge PHEVs to go at, these being the 350hp T6 model and then a high-performance T8 Polestar Engineered version, which has fully 455hp at its disposal. They also have much larger battery packs than the T4 and T5 XC40s, so your PHEV XC60 will go up to between 43 and 49 miles on electric power alone.

The XC40 lands one final blow on its big brother, though, as it has a couple of fully electric versions. There’s a 231hp single-motor derivative, as well as a powerful 408hp twin-motor set-up called the P8 Recharge, both of which are essentially the same vehicles underneath as the luxurious Polestar 2 models. The claimed electric range is in the region of 250-260 miles on both, so it’s a usable electric SUV, no doubt about it. 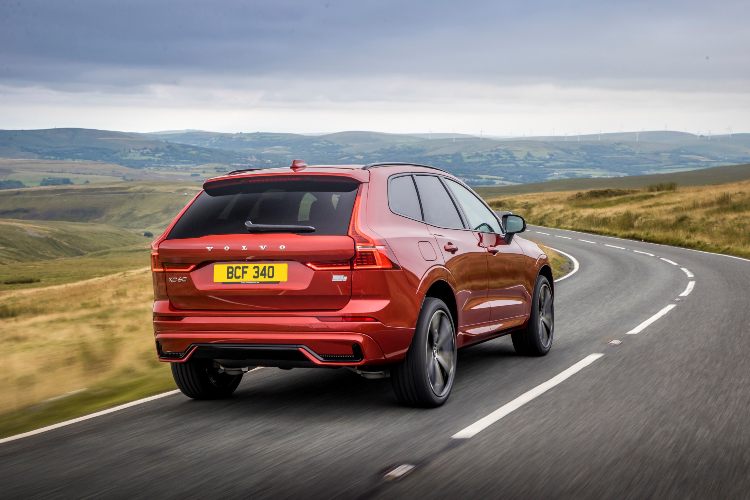 Volvo has had some interesting performance cars over the years but it isn’t, as a rule, known for making the sharpest chassis. And so it proves to be the case with these XC SUVs. If you really want a lot of steering feel, mechanical grip and the belief you can take on Porsche Macans with disdain, the only model which is going to satisfy is that XC60 T8 Polestar Engineered PHEV. All the others are perfectly fine for handling, but not spectacular.

However, do family SUVs need to be sports cars in disguise? No, they don’t, and so the Volvos’ immense mechanical refinement is what will be your lasting memory. The bigger, heavier, longer-wheelbase XC60 naturally feels a touch more assured and composed on the motorway, but the gap between the outright comfort levels of the 2 of them is quite small here. Meanwhile, being almost 300mm shorter than its relation, the XC40 is the better vehicle for town work, as it feels wieldier and easier to park in smaller bays.

Both Volvos have smooth automatic transmissions but some users would prefer to have a 6-cylinder (or bigger) engine in the XC60’s class, so its use of 4-cylinder motors alone is seen as an impediment to a minority. The XC40, by contrast, can get away with 3- and 4-cylinder engines as it competes in a lower market segment.

Is the XC60 massively more practical than the XC40? 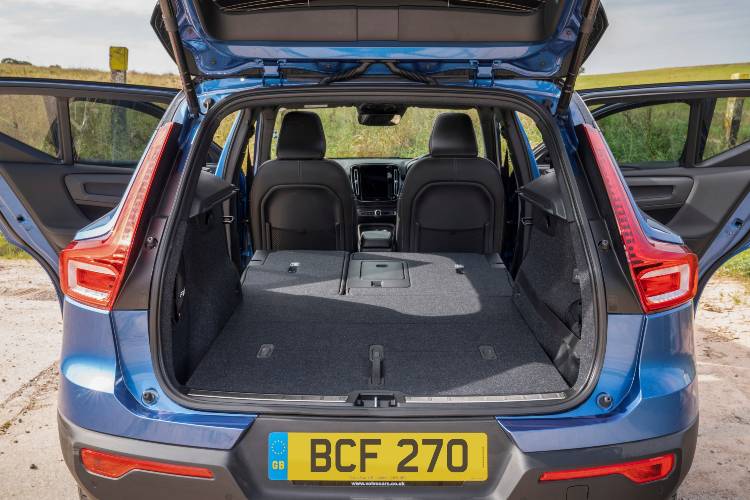 Again, any difference between these Volvos here is not huge. Despite being physically almost a foot longer than the XC40, the XC60’s wheelbase is only 163mm greater, while height-wise there’s a single millimetre in it, in favour of the 60. That results in not much more interior space in the bigger Volvo – it offers 1037mm of headroom and 1055mm legroom for front-seat occupants, with 988mm headroom and 965mm legroom in the rear, compared to the XC40’s admirable 1030mm front headroom and 1040mm front legroom, with MORE headroom in the rear (994mm) and a still-sizeable 917mm of legroom.

Even their boots are within a whisker of each other, the XC40’s measuring anything between 452 and 1328 litres, while the XC60 clocks in at 468-1410 litres. Realistically, you’re going to sacrifice nothing by going for the smaller Scandinavian SUV, if space is a key determining leasing factor.

Go on, then – which one should I choose? 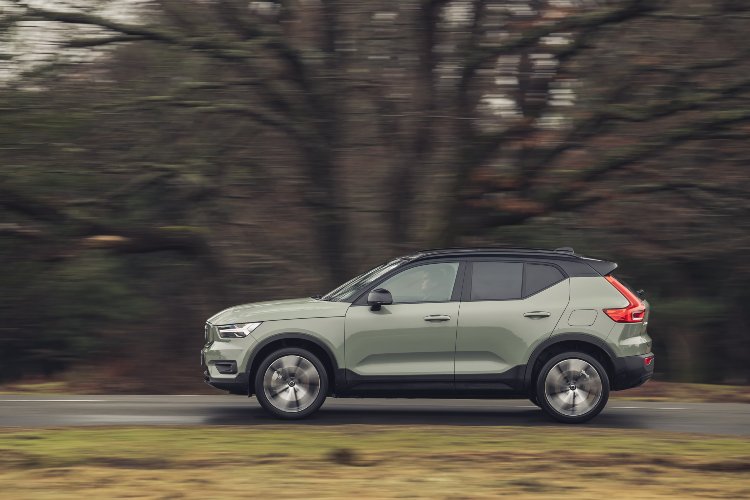 You cannot go wrong with either model of Volvo SUV. Granted, there are more enjoyable competitor products to drive if throwing your big family machine around on quiet roads on a regular basis is your thing, but in every other respect these Volvos are among the class-leading stars in their respective market segments. Top-notch interiors, plenty of practicality, reasonable running costs and superb rolling refinement make them both very easy to like and to live with.

Having said all that, though, we’d be inclined to go for the XC40 first and foremost. As magnificent as the XC60 is, in terms of its exterior styling it simply looks like a shrunken XC90, whereas the XC40 cuts its own distinctive aesthetic path. That the XC40 is cheaper to lease and run, yet feels just as prestigious and capacious within as the XC60, further tips us in favour of the smaller Volvo SUV. Pick a T3 Momentum with the charismatic 3-cylinder 1.5 engine and you’ve got one of the best all-round SUVs – of any size, from any manufacturer – that you can possibly choose.