Imagine you ask a car reviewer what is the best new car you can buy or lease today? Standard question, right? Now imagine the reviewer says "Volvo XC40".

But stick with this, because that's not as infeasible as it probably sounds. You can actually make a case for the Volvo XC40 being that car, pound-for-pound. It's not the cheapest or most exciting small crossover on the market, and it's not perfect, but arguably nothing has a combination of qualities as attractive as the XC40.

It's very practical, very comfortable, very high quality, can be four-wheel drive, can be part-electric or all-electric, and is very reasonably priced, all those things considered. All-in-all, not much gets close. 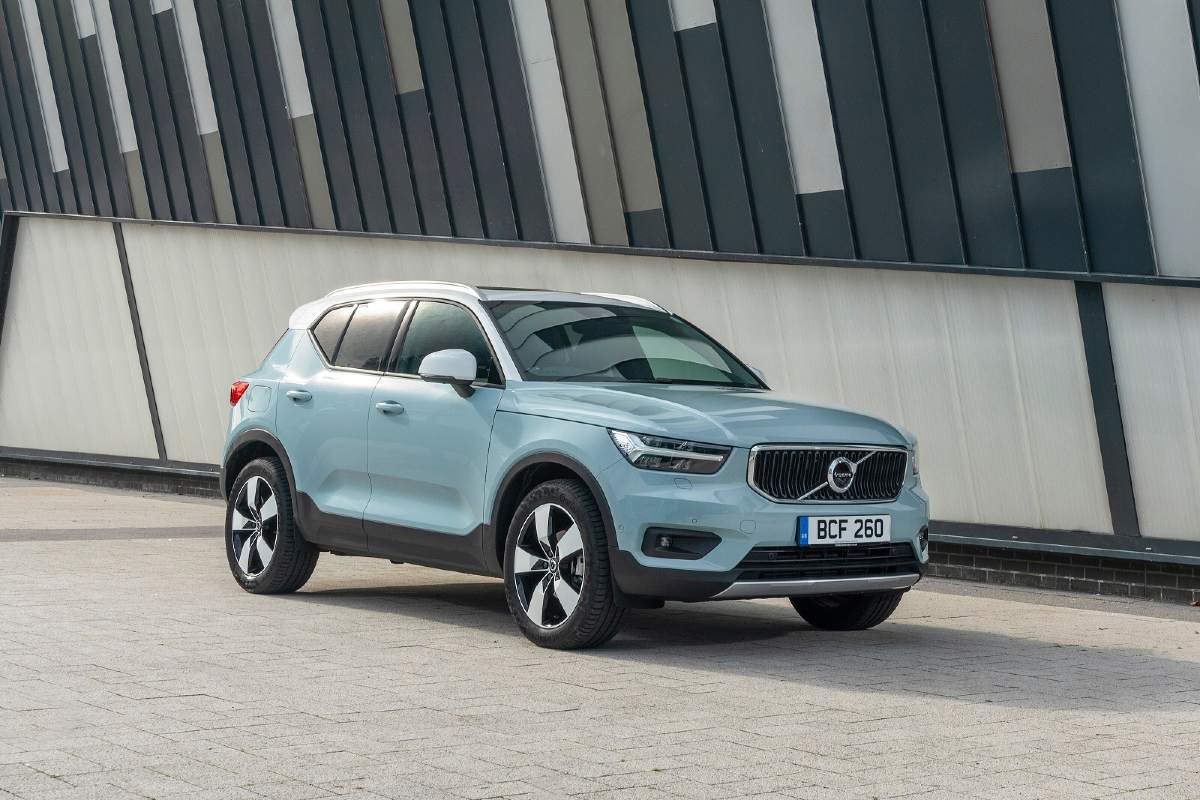 The XC40 is arguably as visually arresting as it's possible for a small crossover SUV to be. That's subjective, obviously, but the styling works because Volvo has kept the shape quite simple while giving it just enough detailing to be interesting, without going mad.  It's not boring, but nobody will find it offensive either. The headlamps are a good example of the XC40's classy detailing – Volvo calls them 'Thor's Hammer lights' and they really do help give the car a strong visual identity.

Occasionally the details are a hindrance, though. Really thick pillars cause a significant over-the-shoulder blind spot, which isn't ideal, and the minimalistic cabin puts some of the major controls on the touchscreen – some drivers prefer actual dials, and with good reason. Still, it all looks great. 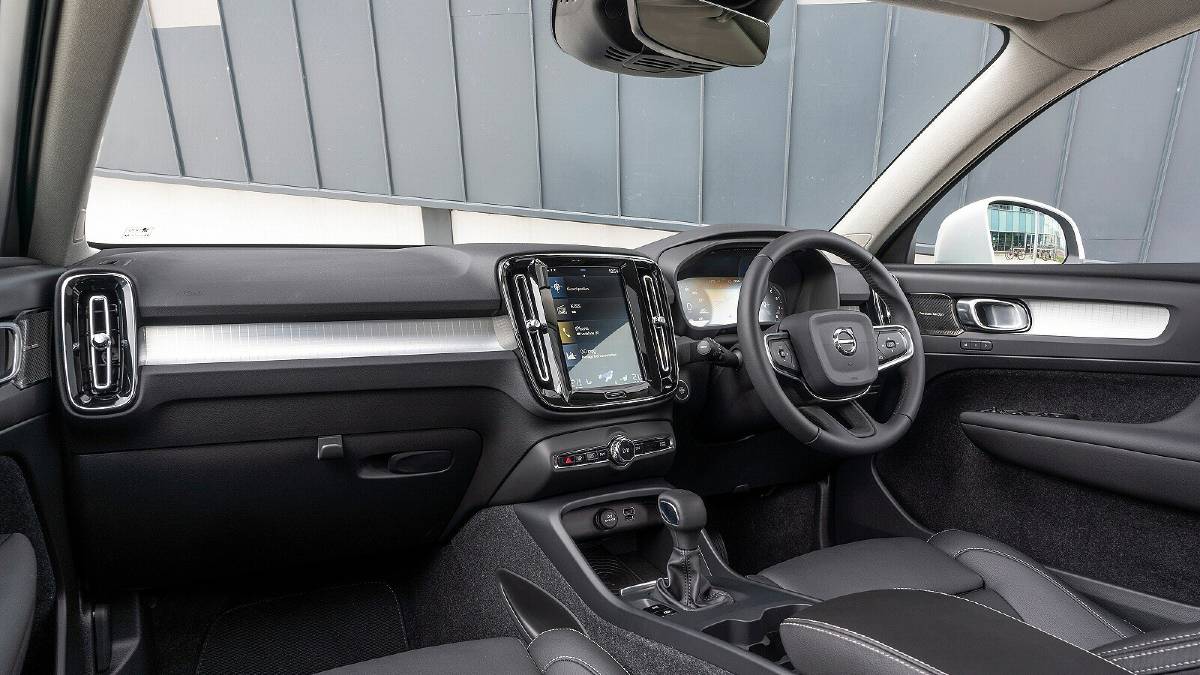 The cabin has the same feel as the exterior, mixing premium detailing and ostensible quality with a generally minimalist vibe. The dashboard is focused around a nine-inch portrait orientation touchscreen whose software was evidently designed by someone familiar with an iPad, which is good.

It's true that some people don't like using a screen to control the main stuff – air temperature, mainly – but Volvo has got its software mostly spot on: you'll spend five minutes figuring it out then it becomes actually pleasant to use, like a decent smartphone. It's the little things you notice, like how there's a clear mute button on the navigation map screen so you can turn off the annoying voice announcements (assuming they annoy you). Often that feature is buried in layers of sub-menus with car infotainment software.

All cars come with a 12.3-inch digital instrument display in place of traditional analogue dials too, which adds to a sense of high-tech quality. 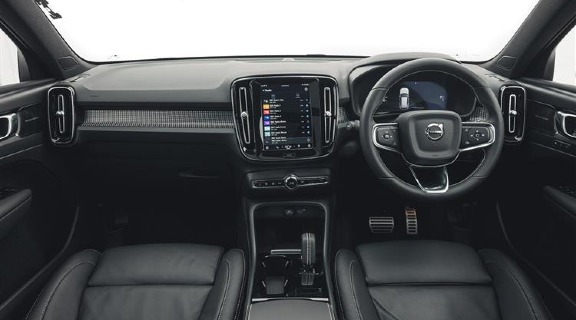 The XC40 is well-equipped across the board, with all cars getting alloy wheels, climate control, the nine-inch touchscreen and roof rails. And it's awash with safety kit, like lane departure warning, speed limit recognition, blind spot monitoring, automatic emergency braking and many, many airbags. Oh, and 'moose detection' (true story), because…plan for every eventuality, eh? It almost goes without saying, but the XC40 is of course rated five-star safe by Euro NCAP.

The Practicality And Storage 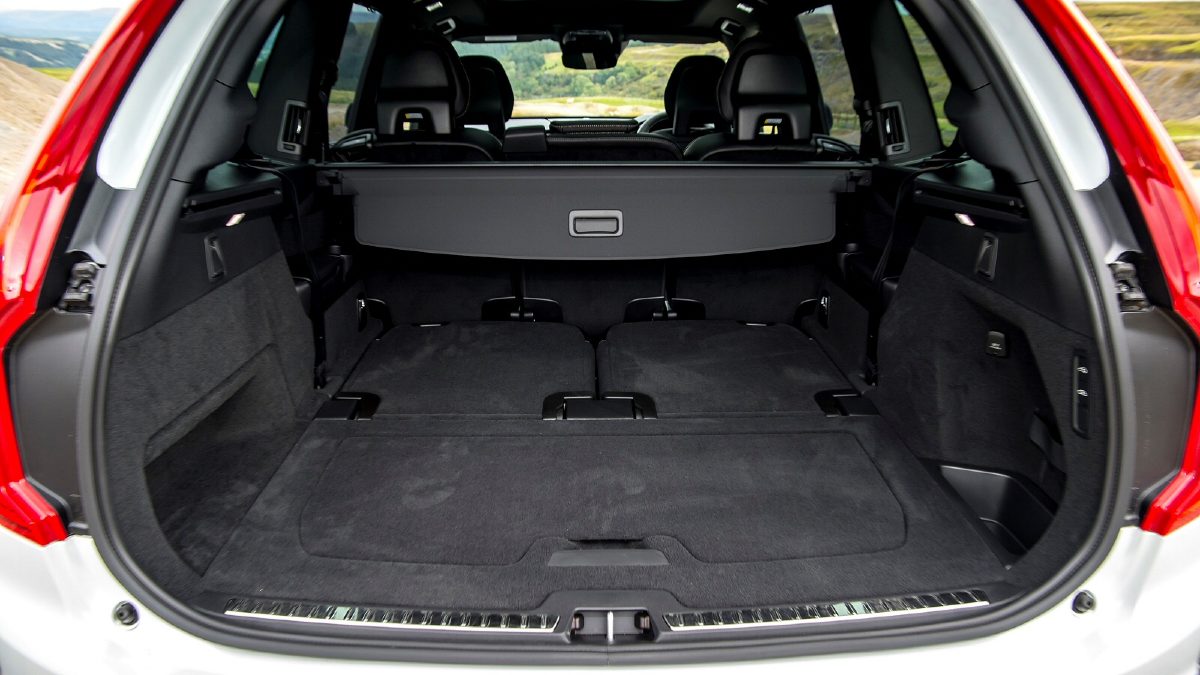 A major strength of this Volvo is that it's just so thoughtful. The XC40's boot space isn't the biggest in the class at 460 litres, rising to 1336 litres with the rear seats folded, but it's probably the most well-considered luggage space you'll find in any car; practicality is a traditional Volvo trait and the XC40 sticks with it.

A twin-level boot floor allows you to fold the seats completely flat, making loading large items easier, while the movable floor itself folds up to create a deep crevice for your shopping bags, to stop them rolling around the boot. A simple but clever solution. And it has bag hooks and a ski hatch.

That theme continues in the front of the cabin – it's almost aggressively cubby-holed. The only thing you could criticise, really, is that the glove box is a bit small, but other than that there are containment spaces of all shapes and sizes everywhere, including slits for two credit cards. 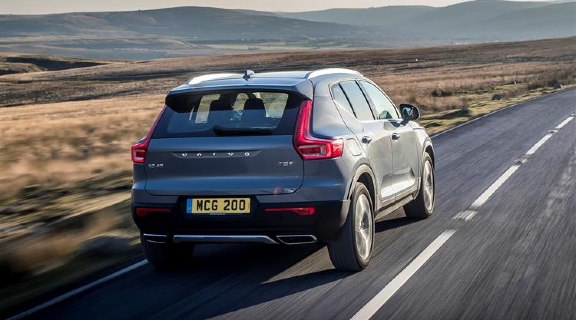 When the XC40 first came out the base model cost around £28,000, putting it very much in 'premium' territory, but since then Volvo has released a £25,000 base model, which actually prices this closer to a 'standard' mid-range crossover SUV – stuff like the Peugeot 3008, Nissan Qashqai, Mazda CX-30, and Renault Captur. In leasing terms that means it starts at well below the £300 mark, which feels like great value.

The choice of powertrains in the XC40 is extensive, comprising petrol, diesel, mild hybrid petrol, plug-in hybrid and full electric – so it can be a bit of a minefield negotiating it all. Basically, a D badge means diesel, T means petrol, B means petrol with a mild hybrid setup, and 'Recharge' denotes a proper plug-in hybrid or full electric model.

Volvo is phasing out diesel engines across its range in general, but you can still get a 2.0-litre diesel called D3 or D4, with 150hp or 190hp respectively. They're the best bet for outright economy if you're planning on doing plenty of miles: Volvo claims a 47.6mpg average for the D3 using the stricter new WLTP fuel test, compared to a base model 127hp T2 petrol, which returns 40.4mpg.

All the petrol engines are four-cylinder turbocharged units, and while they all return WLTP economy ratings in the high 30s, you can generally expect economy in the low-30mpg range.

If low running costs are really important to you there are plug-in hybrid and full electric versions of the XC40, but the plug-in is expensive at £42,000 and the electric one, called Recharge, costs a £53,000. That means they're probably better for company car drivers because of the tax breaks – private buyers might find that they're better off going for a standard petrol or diesel model with a lower lease price.

How Does The XC40 Drive? 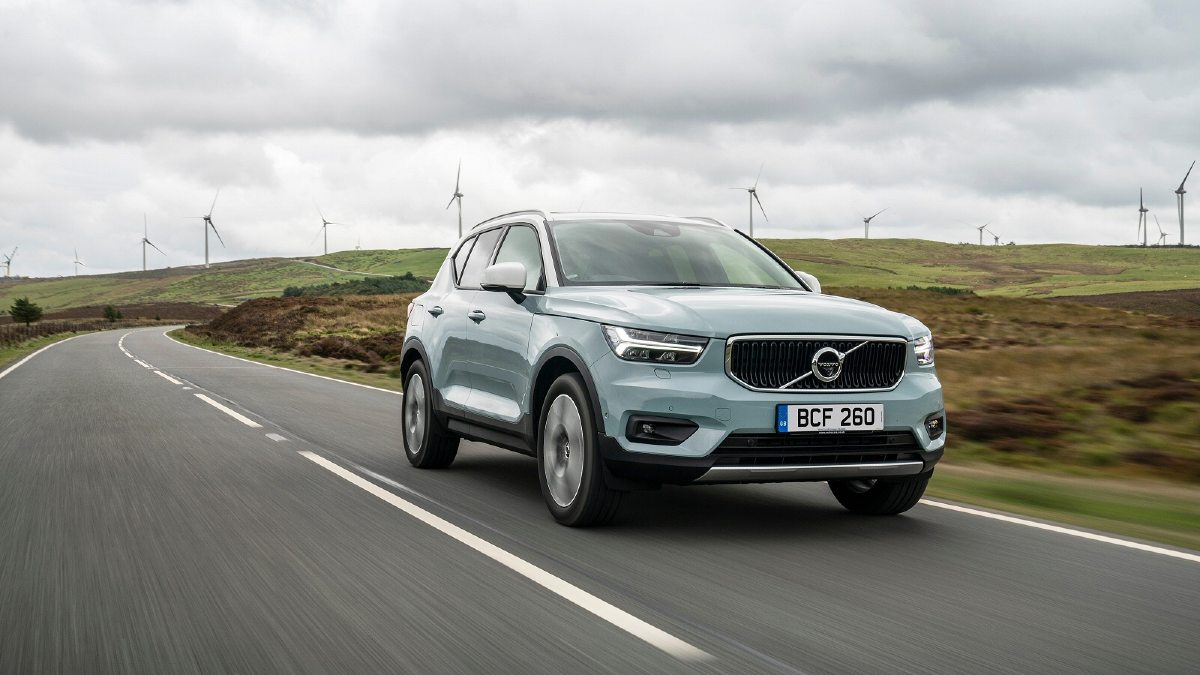 A huge part of the XC40's appeal lies in it being a 'little' car (relatively) that feels like a big one. It does that SUV thing of sitting you high up – good visibility, dominating driving position – but at the same time it feels compact and agile. A win-win, because the small footprint makes parking and moving it in and out of traffic around town relatively easy.

The ride quality is judged very well indeed, too. It might be a little bit on the firm side, just a bit, but even on 21-inch wheels – the biggest you can specify – it still rides with comfort. You get very little of the underlying judder that cars generally suffer with bigger wheels.

Overarching is the sense that Volvo has made the XC40 feel like how it looks – like a smaller XC90. That's a good move, because the XC90 really does feel like a proper luxury car: almost…almost…like a Range Rover. And what that means is that the XC40 drives like a rival to the smallest Range Rover, the Evoque, as well as the smaller German SUV-type stuff: BMW X1, Audi Q3, Mercedes-Benz GLA.

And even though the non-premium crossovers are very good – especially the Peugeot one – they just don't feel as classy as this Swede. Each of them is more 'engaging' to drive, but that's in the loosest sense because, let's be honest, if you're buying something to fling into a corner then you shouldn't be buying a crossover.

Having said that, while the XC40 does lean and roll quite a lot because of its innate comfort, it's not actually as messy as you think it might be when being driven a little more enthusiastically.

The XC40 isn't perfect though. The design of the C-pillar means the blind spot over your shoulder is so big that you can lose a van in it. There's just a little more wind and tyre noise than you'd get in an actual luxury car, too – albeit the latter of those is problems can be ameliorated by choosing smaller wheels. And the engines aren't that great, they're only okay. They're a bit noisy across the board, and none of them that quick or economical. We're testing a mid-range T4 petrol here, which performs nicely on paper (0-62mph in 8.5 seconds) but seems to strain at higher revs. Plus, we're only just returning 30mpg from it.

Other crossovers do have better individual qualities than this – the Peugeot 3008 more fun to drive, if dynamics are in fact really important to you, and lots of crossovers are cheaper. And the VW Group cars have better engines, generally. And the German stuff has more prestige.

But nothing has as attractive a combination of qualities as this: between the lovely cabin, the luxury vibe on-the-road, and the proposition generally, it feels almost flawless.

More On The XC40
Volvo XC40 Colour Guide
Looking to lease the XC40 but can't choose which colour? Our in-depth guide runs through all available options.Read More
Volvo XC40 Lease Deals
Drive an XC40 for less with our unbeatable offersRead More
Top 10 Best Company Cars
Our picks of the best company cars for you, for the 2021/22 tax year and beyondRead More
This website stores cookies on your computer. These cookies will allow us to remember you and your preferences.
We use this information to improve your browsing experience.
To find out more, please read our
cookie policy.