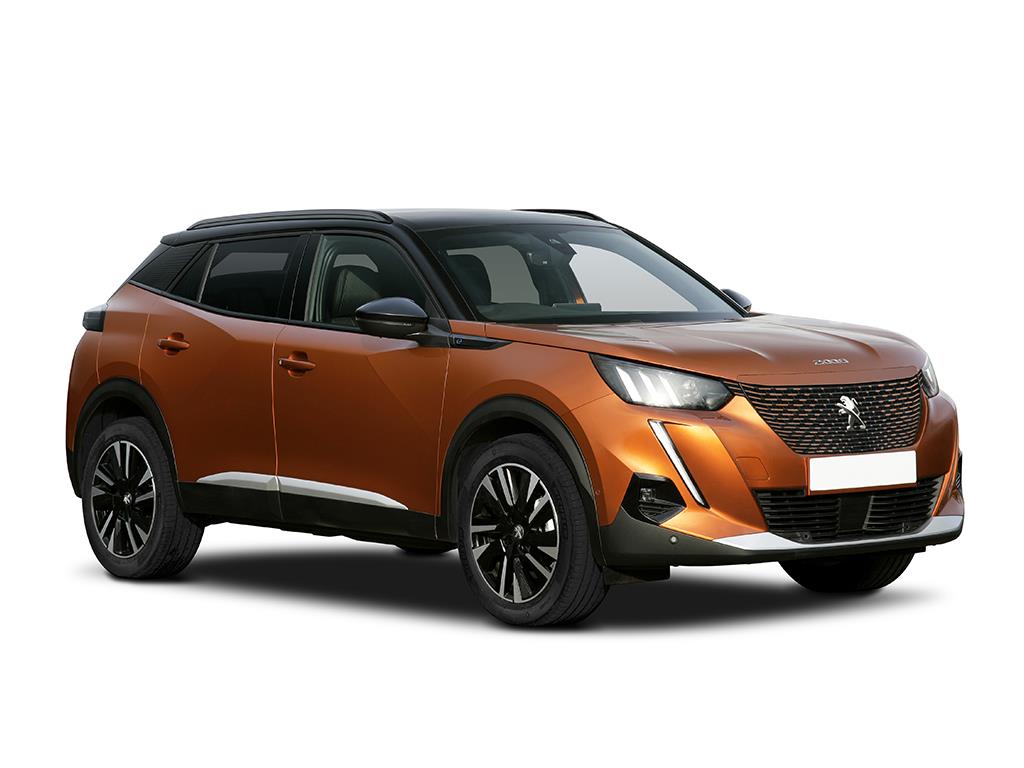 Jonathan Crouch takes a look at the e-2008, the all-electric version of Peugeot's 2008 small SUV

Peugeot's e-2008 delivers the full-EV formula to the smallest segment of the SUV market - and in a trendy, very lifestyle-orientated package. It looks snappy, does 193 miles between charges, has no practicality downsides over the combustion-engined version and comes with monthly payment finance you could justify. In short, there's plenty to like?

The e-2008 small SUV is Peugeot's second full electric model, introduced as the brand implements its strategy of providing an electrified derivative of every one of its cars by 2023. It's all apparently part of the company's philosophy of 'Unboring the Future' by offering customers the option of switching to a full-electric powertrain without compromising on space, technology, looks or driving sensation. It shares all the same engineering we've already also seen in the PSA Group's other small battery-powered lifestyle SUV, the DS 3 Crossback E-TENSE, a design that, like this one, shares this Peugeot's sophisticated CMP ('Common Modular Platform'). Plus those same underpinnings allow for a new generation of 'big car'-style camera safety systems. It all sounds promising: let's take a look.

The tech spec here is, predictably, the same as you get in an e-208, so (as there) a 100kW electric motor putting out 136bhp works through the usual single-speed auto transmission you get with EVs. As usual with a battery-powered model, all of the available torque is pretty much developed at once (there's 260Nm of it) and this car simply hurls itself away from rest (it takes just a couple of seconds to crest the 30mph mark and 62mph is reached in only 8.1s), disguising the fact that (also like all EVs) this Zero Emissions variant has a bit of a weight problem - that drivetrain adds over 300kgs of bulk. On top of that, this model's 50kWh lithium-ion battery is significantly smaller than the 64kWh one you'll find in, say, a Kia e-Niro or a Hyundai Kona Electric, which accounts for the fact that this French EV crossover can't travel quite as far on a single charge as those two rivals. Still, just under 200 miles of electrified drive capability will probably be ample for most likely family buyers. Of course, you certainly won't achieve anything like that kind of operating capability if you get anywhere near this EV's quoted 93mph top speed. Or if you habitually drive your e-2008 in the 'Sport' setting that'll be necessary to release to full 136bhp power output just mentioned. The quoted range figure will only be distantly possible if you instead engage a somewhat restrictive 'Eco' mode that drops power output right down to 83bhp. That's the setting you'll use in an e-2008 around town, an environment in which it makes a strange polyphonic sound at low speeds to warn unwary pedestrians of its impending approach. Above 18mph, all you can hear is a bit of tyre roar from the eco-moulded Michelin rubber.

The all-electric e-2008 is pretty difficult to distinguish from what Peugeot calls its 'thermic'-powered models, though brand loyalists might spot this EV variant's colour-coded front grille, subtle 'e'-badging and a more unusual 'Dichroic' finish for the lion badge that appears to change colour, depending on your viewing angle. Many versions of this model will be ordered in either 'GT-Line' or top 'GT'-spec, these two top variants recognisable by 'diamond black' roof colouring and glossy black wheel arch flares, which streamline the body, making the wheel diameter of the 18-inch wheel rims appear larger. On these premium versions, those rims are adorned with screw-in customisable inserts which improve the aerodynamics and apparently reduce kerb weight by 3.6kgs. Inside, there's the usual 2008 'i-Cockpit' driving position format, where you view the instrument binnacle over the upper rim of a tiny steering wheel rather than conventionally through the wheel spokes. Plus, as with other versions of this model, the concept's been further developed with the addition of a clever 3D instrument binnacle display. What else? Well rear passenger space is much better than in an e-208 but still slightly compromised by the need to place the powertrain's battery pack beneath that back seat. Still, even with a six-foot tall driver up-front, someone of similar height could sit behind comfortably. The EV drive layout doesn't compromise boot space, which is 434-litres in capacity just like any other 2008 and extendable to 1,467-litres with the back seat folded.

Peugeot obviously thinks it's going to sell quite a few e-2008s (the prediction is 20% of total model mix) because this powertrain is available with every trim level - there are six - 'Active', 'Active Premium', 'Allure', 'Allure Premium', 'GT Line' and top 'GT'. Prices (including deduction of the available £3,000 government plug-in grant towards purchase) start at just under £29,000 and run up to around £35,000. That puts this Peugeot in exactly the same ballpark as direct comparably-sized rivals like the Kia e-Niro and the Hyundai Kona Electric. Even the entry-level 'Active' variant comes pretty well equipped, with 16-inch alloy wheels, rear parking sensors, a Thatcham category 1 alarm and a reasonable tally of camera safety kit. Inside in an 'Active'-spec variant, there's air conditioning, a leather-stitched steering wheel, a trip computer and programmable cruise control with a speed limiter. Infotainment is taken care of by a 7-inch high definition HD capacitive colour centre-dash touchscreen featuring 'Apple CarPlay'/'Android Auto' smartphone-mirroring, Bluetooth and a decent quality 6-speaker DAB audio system. You'll need to stretch at least as far as mid-range 'Allure' trim to get the innovative 3D i-Cockpit instrument cluster: From 'Premium' spec, you get Connected 3D navigation too. The top 'Gt Line' and 'GT' variants get unique styling and a contrast-coloured roof.

Peugeot's aim was for this all-electric SUV to have a total ownership cost roughly equivalent to what you'd pay to buy and run an automatic version of the petrol model: well it's some way of that right at present. Its drivetrain claims to be state-of-the-art for a small crossover, though its WLTP-certified range of 193 miles is 18 miles down on an e-208 and is easily bettered by popular EV class choices like the BMW i3 and the Renault ZOE. Bear in mind that as with all EVs, the quoted range figure will drop considerably in winter weather or over long motorway journeys - in the case of the e-2008 to around 135 miles. If you're an e-2008 owner, you'll need to know that getting anywhere near the quoted range figure will necessitate staying in the powertrain's provided 'Eco' mode - activating its 'Sport' mode setting will reduce your range by around 10%. What about charging your e-2008? With a wallbox in place in your garage, a full charge from empty will take seven and-a-half hours. With a public 50kW Rapid Charger, the replenishment time to charge from 15 to 80% is 45 minutes. If you're fortunate enough to find a 100kW Rapid Charger, that falls to 30 minutes. At the other extreme, if you happen to be somewhere you can only charge from a domestic supply using an ordinary 3-pin plug (and the optional 3-pin plug lead that costs extra with this car), the charging replenishment time would be a yawning 20 hours. As an e-2008 buyer, your dealer will also give you the option to pay a subscription for a so-called 'Mobility Pass'. That'll enable you to borrow a conventional petrol or diesel-powered car from the brand for those times when you might need to undertake a longer or more complex journey - holiday times for instance.

You can see why someone might really like the idea of an e-2008. It has all the style of Peugeot's e-208 supermini but with a significant amount of extra practicality. It's considerably more stylish than similarly-sized EV Crossover rivals from Kia and Hyundai. And it's quite a lot cheaper than a BMW i3. But you've still really got to be bought into the whole idea of having an EV to want one. Even if you are, you've still got to like quirky Peugeot innovations like the unusual 'i-Cockpit' steering wheel and the 3D instrument set-up, but we think cars like this one need design touches of that sort. Models of this kind ought to be fashionable, forward-thinking and just a little controversial. The e-2008 is: if you are too and you can afford to make the price jump to a full-EV, we think you'll like it a lot.