Why Lease the Porsche Boxster Roadster? 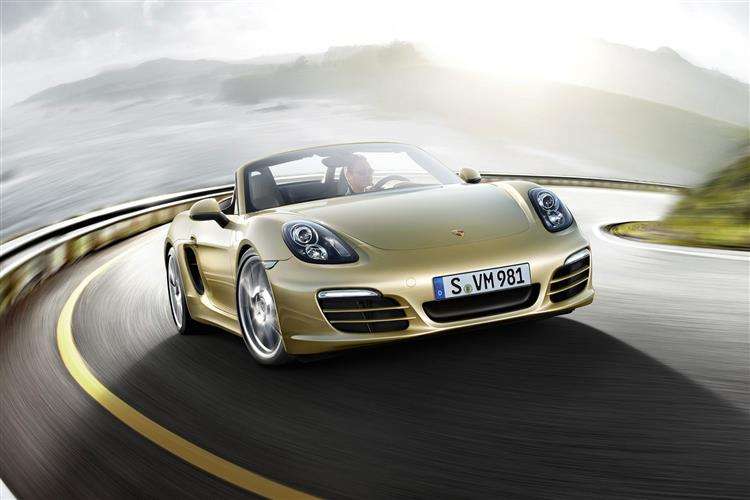 Porsche have created the most desirable Boxster yet in the shape of their sleek Spyder roadster. Like the standard Boxster, the Spyder is a mid-engined two seat sports car, but here, there's a much greater emphasis on driver involvement, along with extra performance. Is that worth the extra outlay? Car & Driving's experts analyse what's on offer.

Porsche are the masters of charging more for less. Less, that is, in terms of weight. The Boxster Spyder may be the lightest model in its current generation but costs around £8,000 more than the fantastic GTS variant. So where does the money go? Well the 400cc-larger flat six motor accounts for a fair chunk of that, as does the sleeker bodywork. Essentially, what's on offer here is an open-topped version of the brand's fixed roof Cayman GT4 model. And that makes it very desirable indeed.

This is not the first time Porsche has attached the Spyder name to its two seat Boxster roadster. The company did the same thing back in 2010, but this time round, there's a greater depth to the changes being offered. Rather than squeezing a little more power out of the existing engine and shaving off some weight, Porsche has plundered its parts bin and used some choice componentry from other models in its range. Although a much more serious proposition than the GTS, the Spyder is not a full Porsche Motorsport car like the 911 GT3 or Cayman GT4. Instead, it's the work of the road car division with a few Motorsport parts added for good measure. With the only transmission available a six speed manual operated with a clutch pedal (remember those?), it's definitely a purist's Porsche.

The big news here is the adoption of the larger 3.8-litre flat six from the larger 911 Carrera S model. The similarly-sized fixed-top Cayman GT4 model uses this unit too, but here you get a tad less power - 375PS. Still, that's easily enough to make this comfortably the most powerful Boxster ever. When combined with the weight savings the engineers have also achieved, it makes for an exceedingly rapid sports car - 4.5 seconds to 62mph and 180mph top speed rapid. Uprated brakes are thankfully standard, courtesy again of the 911. Under the skin, some of the other mechanicals are rather different to those used in the Cayman GT4 model we just mentioned. GT4 buyers get bespoke rear suspension, plus a front suspension system and front brakes borrowed from the fearsome 911 GT3. In contrast, with this Boxster Spyder, all these items are merely borrowed from a more standard 911 Carrera S model. That's not to say this car's chassis hasn't been substantially altered over that of a standard Boxster: it very definitely has. The ride height is 20mm lower thanks to sports suspension and a limited slip differential is standard to help get the power down through the corners.

Porsche are claiming a weight of 1,315kg for the Spyder - which means a 55kg saving over the Boxster GTS model, despite this car's larger 3.8-litre engine. Sports seats save 11kg on their own, while the manual roof saves another 11kg. Buyers should note that the lack of air-conditioning saves another 9kg, so adding this back in along with a stereo will negate some of the weight savings the boffins at Porsche came up with. The question is, do you value ultimate performance over a little luxury? We don't think they'll be many 1,315kg Spyders. Unlike the previous Spyder's fiddly and ineffective tent-like canvas roof, this model has a much more practical arrangement that folds easily behind the rear seats. There is though, a nod to the old version with the fabric 'flying buttresses' - a nice touch. Speaking of referencing other models, the distinctive humps behind the headrests reference Porsche's 1960s 718 Spyder model - and we see elements of Carrera GT and 918 Spyder too. Visuals are also helped by front and rear bumpers lifted from the Cayman GT4 and stunning ten-spoke alloy wheels.

You'll need just over £60,000 to purchase a Boxster Spyder. In terms of rivals, it's the gorgeous Alfa Romeo 4C Spider that seems the most obvious alternative choice. Like the Porsche, it focuses on reducing weight in the pursuit of driver involvement. However, the 4C is a little unruly in comparison, without this German contender's beautifully finessed handling. There's no doubting that Porsche's flat six has a sweeter soundtrack too. Air conditioning and a stereo are deleted from the basic Spyder package, but are both available as no cost options. Climate control is another £500, while you can spend over £2,500 more for the high-end Burmester surround sound stereo. More in keeping with the character of the car are the lightweight bucket seats at nearly £1,000 - and ceramic brakes for £5,000. While Porsche may have binned plenty of equipment to save weight, they have kept all the usual airbags, traction control and Porsche Stability Management to keep things safe.

Reducing weight may be a great way to improving economy: fitting a large 3.8-litre engine is not. Combined cycle fuel economy here is 28.5mpg, with carbon emissions of 230g/km. While those figures would probably make eco-conscious motorists faint, you have to remind yourself that this is a car capable of 62mph in 4.5 seconds. Those set on this Stuttgart product won't want to look at the fuel consumption and carbon emissions of the rival Alfa 4C Spider, which are significantly better. Porsche gives you a three year unlimited mileage warranty with the Spyder, with main service intervals at two years or 20,000 miles. Residuals are likely to be very strong: limited run Porsche models have a habit of initially losing some value, before then gaining it all back and more. In the long run, masochists who take the Spyder as it comes and don't get tempted to add luxuries will have a very collectable car that could make a tidy investment.

In creating this Boxster Spyder, Porsche has arguably answered questions that weren't really being asked. After all, there's nothing wrong with the way a standard Boxster GTS gets down a country road. Nevertheless, it seems that the company's engineers wanted to go further. By dropping the larger 911 motor into the Boxster, performance has been taken to the next level. We think this variant's better looking too: potential buyers will love the 'GT4'-style bumpers and the evocative speed humps on the rear deck. Don't get too carried away though - or too disappointed if you can't get your hands on one of the few Spyder models being offered for sale here. In almost every situation, the average Boxster buyer will just as happy with the standard, more affordable 3.4-litre GTS model. After all, with its PDK auto transmission, electric roof and air conditioning, the GTS is a much more usable daily driving machine which can still deliver plenty of thrills. True enthusiasts won't care though and for these people, the Spyder's increased power and uprated chassis will make it unique. A future classic? Undoubtedly.