Why Lease the Suzuki Swift? 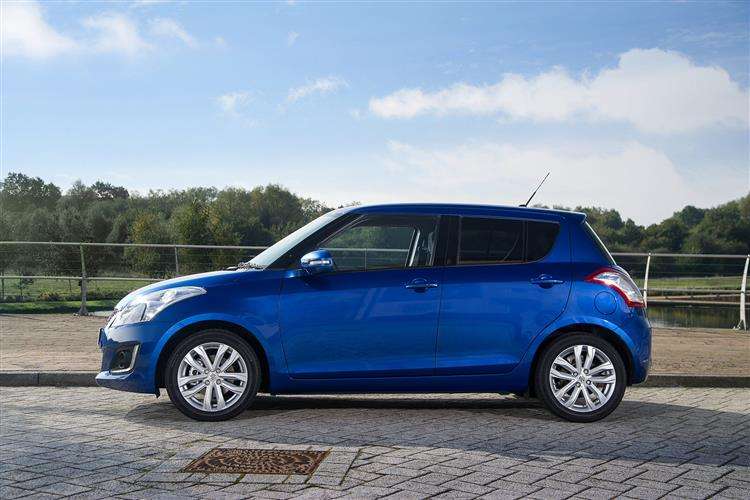 The Swift went into production in 1983, although it was known as Cultus in its home market of Japan. It was first called the SA310 in the UK before adopting the more recognisable name later that year. While there are fewer and fewer cheap and cheerful new cars on sale as the years go by, a few models are hanging in there as the market shifts towards SUVs. One such model is the Swift. Instantly recognisable, the hatch is alive and well and 2020 sees it in its fourth generation.

The switch is a hatchback and while rivals have grown significantly over the years, the Swift retains its compact dimensions. It sits alongside other small-car offerings from Suzuki, such as the Jimny and Ignis SUV.

Sure, some rivals feel more special inside (we’re looking at you, Volkswagen Polo), while others look sportier, such as the Kia Rio or are more affordable such as the Toyota Yaris. But what’s for sure is that Swift’s charm cannot be denied. It does well due to its value for money proposition, undercutting comparable alternatives such as Ford Fiesta and VW Polo and being closer in price to the Skoda Fabia.

“The Swift has always had style by the bucket load, and this model is no exception. With expertly designed muscular curves and interior and exterior personalisation options to enhance every journey, all eyes will be on you. Take a look at the Swift in action.”