Due to the coronavirus pandemic, many UK families will be opting to go on a staycation this summer rather than a holiday abroad. With some choosing to visit the seaside towns of Brighton, Bournemouth and the like, which tend to get extremely busy, sun worshippers have another option when considering their staycation destination.

The UK is lucky enough to be home to an array of beautiful national parks up and down the country. If you choose to visit one of them, once you've done your mountain climbing, you might be tempted to sit back and watch the sunset. But where are the best places to go to watch it?

Vanarama sifted through over 1,000 sunset Instagram posts to reveal the best places to watch the sunset in the UK's national parks during your holiday. 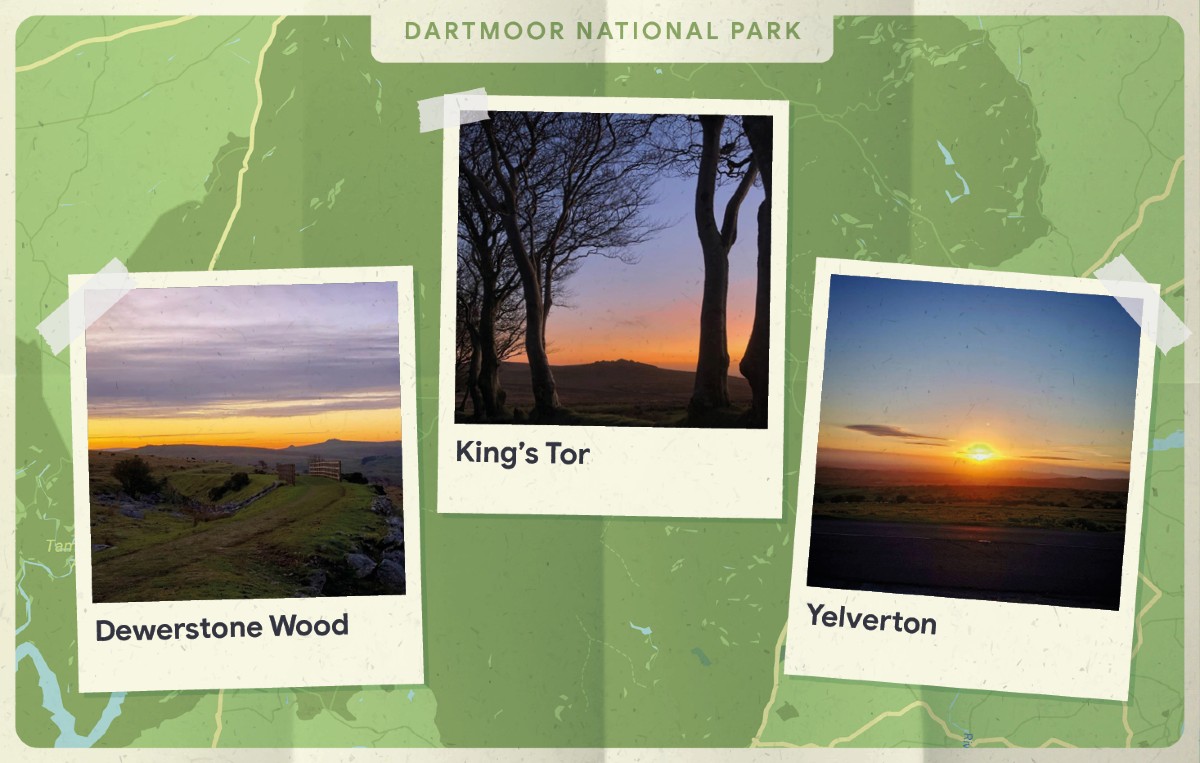 Dartmoor National Park, located in the county of Devon, tops our list of the most instagrammed national park sunsets. With a grand total of 448 posts, the area boasts wild, open moorlands and deep river valleys, with an intriguing history and rare wildlife.

The national park can also boast some of the most beautiful architecture in the country, with 2,800 listed buildings and 1,078 scheduled monuments on its diverse landscape. Be sure to add Dartmoor to your list if you're in the market for a picturesque sunset snap. Use our map above to locate the best places in the national park to view the sunset. 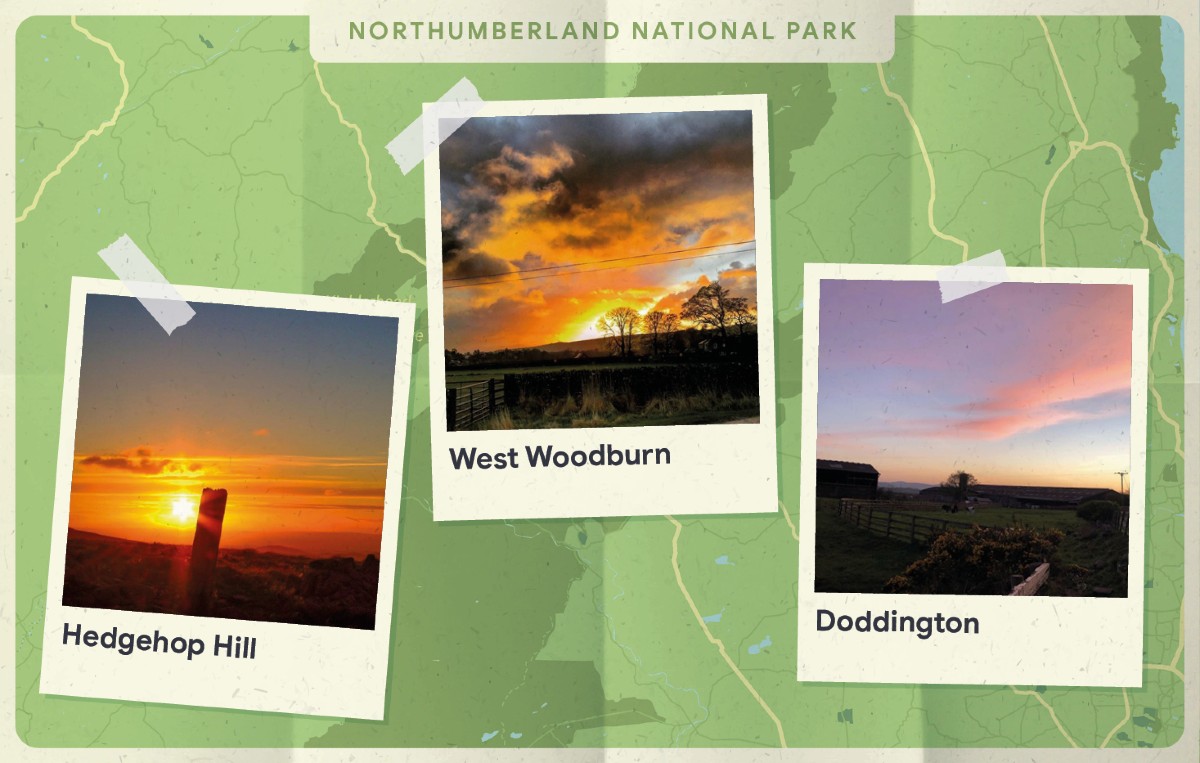 The most northern national park in England, Northumberland boasts a total of 293 sunset posts on Instagram. The area covers a distance of more than 400 square miles, between the Scottish border and Hadrian's Wall, meaning there is plenty of vantage points to get the perfect shot.

Although the national park comes second on our list, it could be argued that it has the most perfect conditions to view a sunset. Northumberland is the least populated national park in the country, meaning clear air, clean waters and dark skies at night. 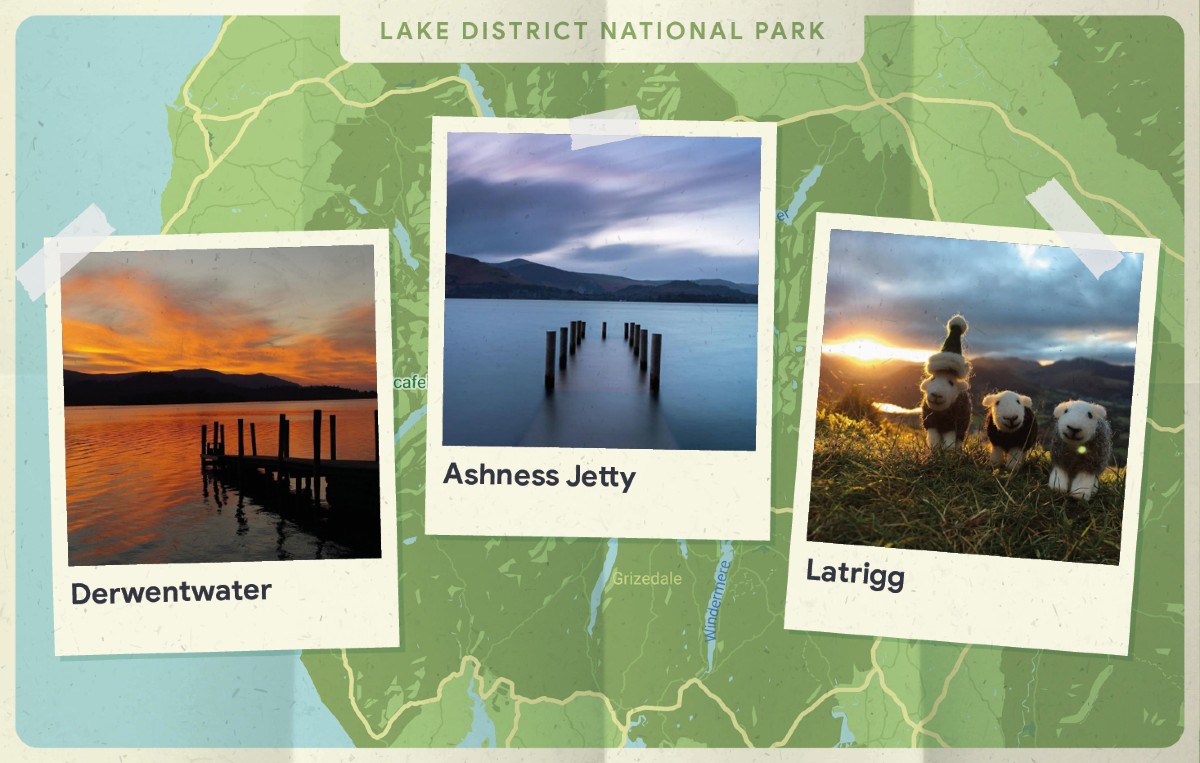 Third on our list is the Lake District, located in Cumbria in North West England. The Lake District is an extremely popular staycation destination, with a recent study showing that 15.8m visitors holiday in the region every year. Most visit to enjoy the scenery, peace and quiet but many others visit specific attractions or take part in an outdoor activity.

The national park boasts the deepest and longest lakes in England as some of its many picturesque attractions, perfect for viewing a radiant sunset. Lake Wastwater is 74 metres deep, while Lake Windermere is a staggering 10.5 miles long. 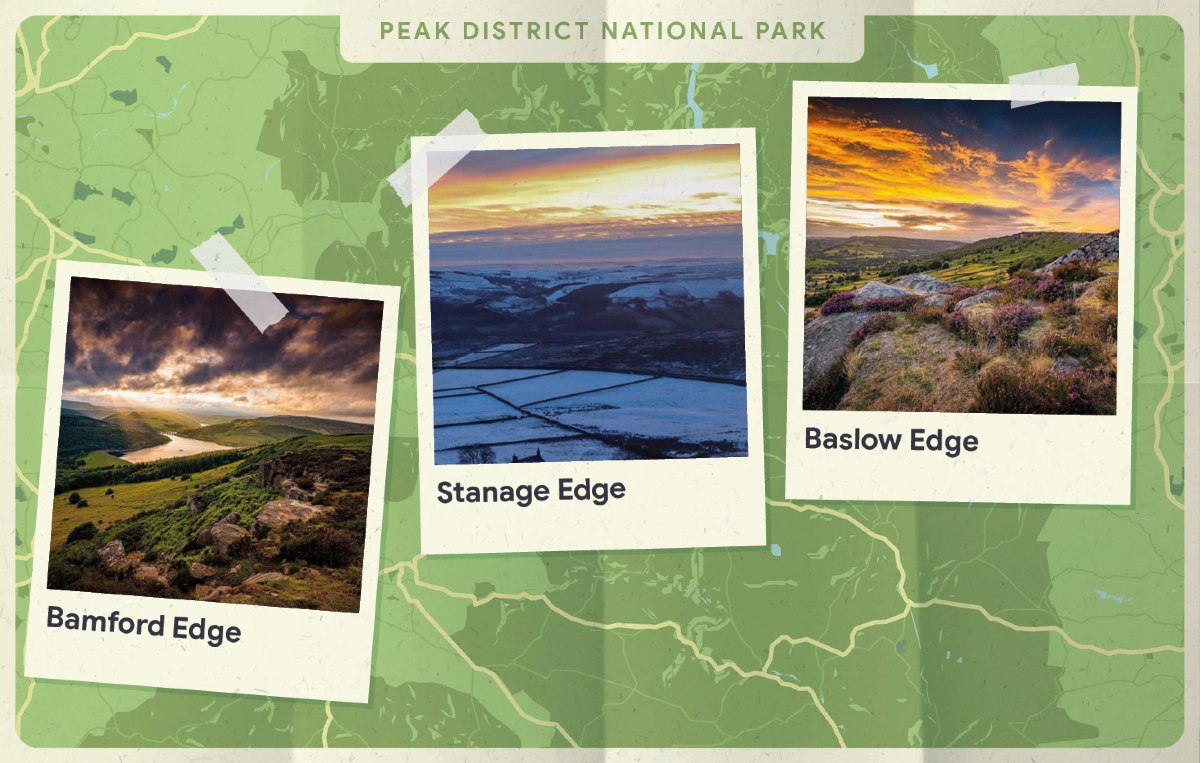 The Peak District features 233 sunset posts on Instagram, as people flock to the region to see its diverse terrain. The national park is split into the Dark Peak, containing mostly moorland and gritstone, while the White Peak is predominantly limestone.

The Peak District was the first national park to be recognised as such in 1951. At over 555 square miles, the area is the length and breadth of five counties: Cheshire, Staffordshire, Yorkshire, Derbyshire and Greater Manchester. Despite the name, there are no actual mountains in the Peak District, however the highest point is Kinder Scout at 636 meters. 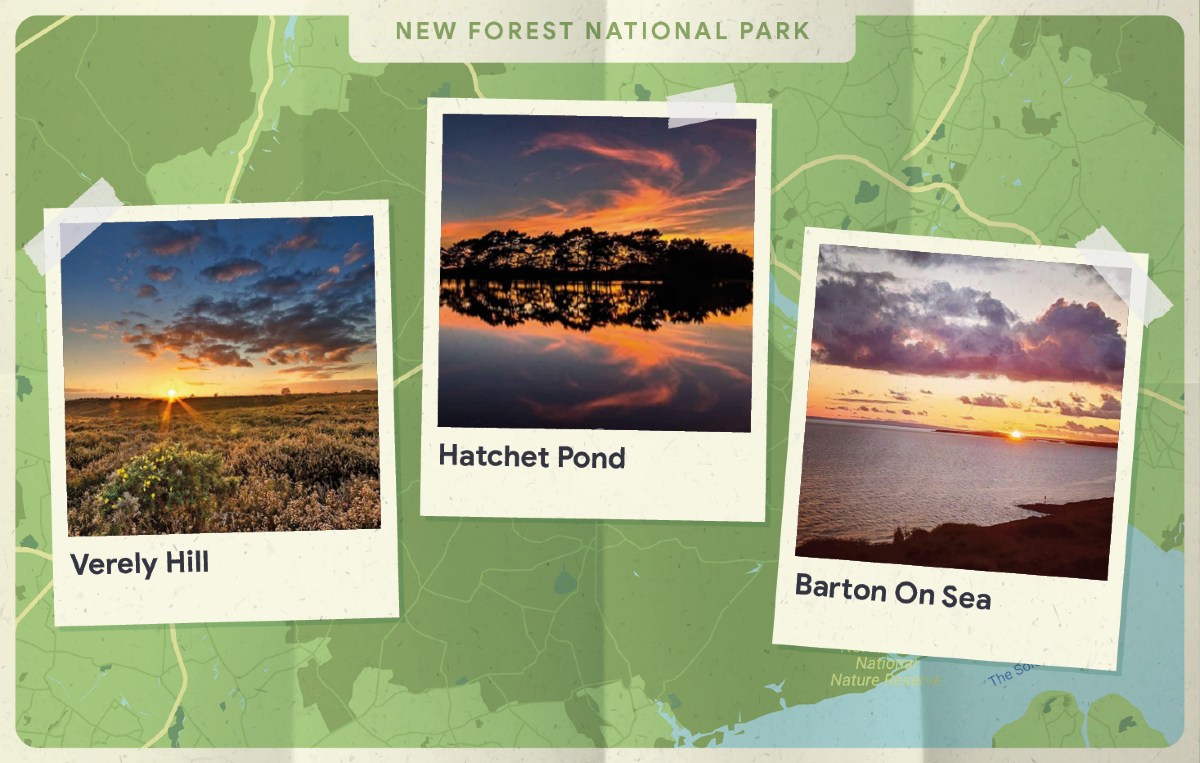 Next up it's New Forest, located in the south east of England. The area is surrounded by the popular coastal cities of Southampton, Portsmouth and Bournemouth. The national park forms the backdrop of some of the most beautiful sunset snaps on our list. The area was only designated a national park in 2005, making it Britain's youngest protected reserve.

Compared to the vast size of others on our list, the national park is the smallest of them all, covering an area of only 218 square miles. However, as the saying goes, the best things often come in small packages, and New Forest is the perfect example of this. 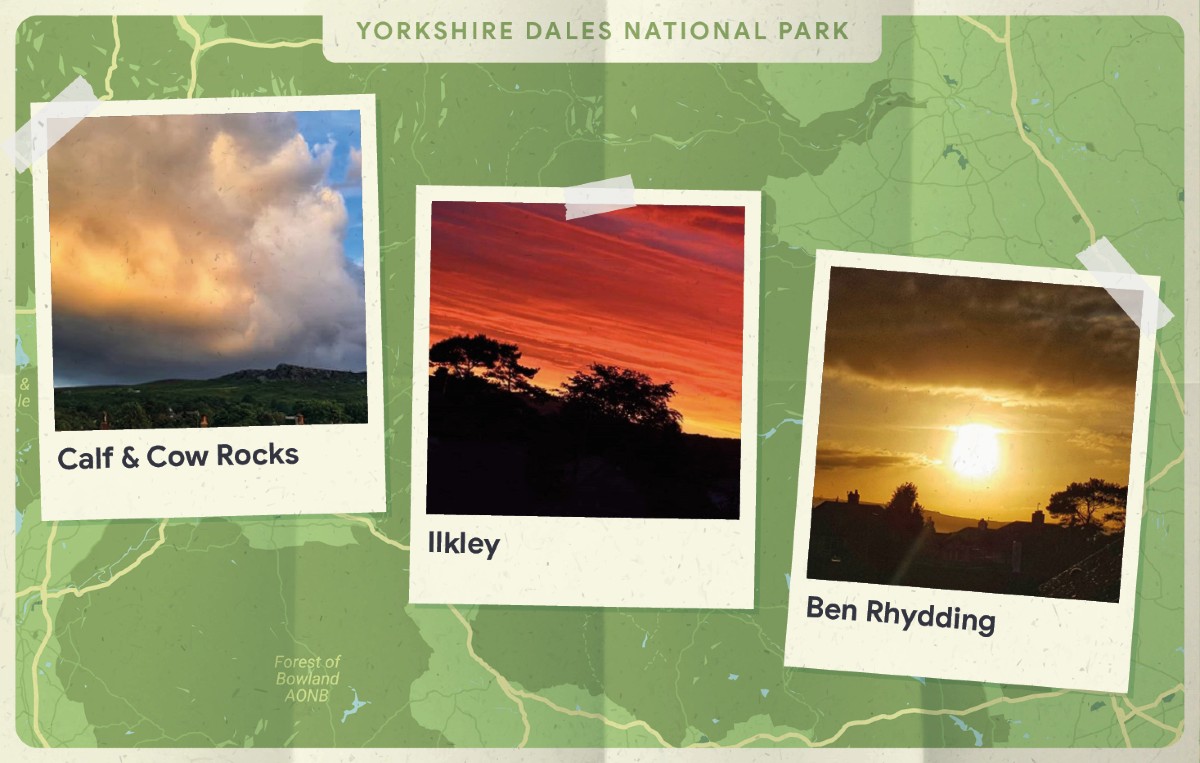 With 156 Instagram posts of its glorious sunsets, the Yorkshire Dales is perhaps one of the best known national parks on our list. The area is an upland area of the Pennines in the historic county of Yorkshire and was designated a national park in 1954.

The national park encompasses thousands of square miles of moors, valleys, hills and villages, making it a great location to get the perfect sunset photo. A land of natural and man-made beauty, the Bolton Abbey Estate includes the ruins of a 12th-century monastery. 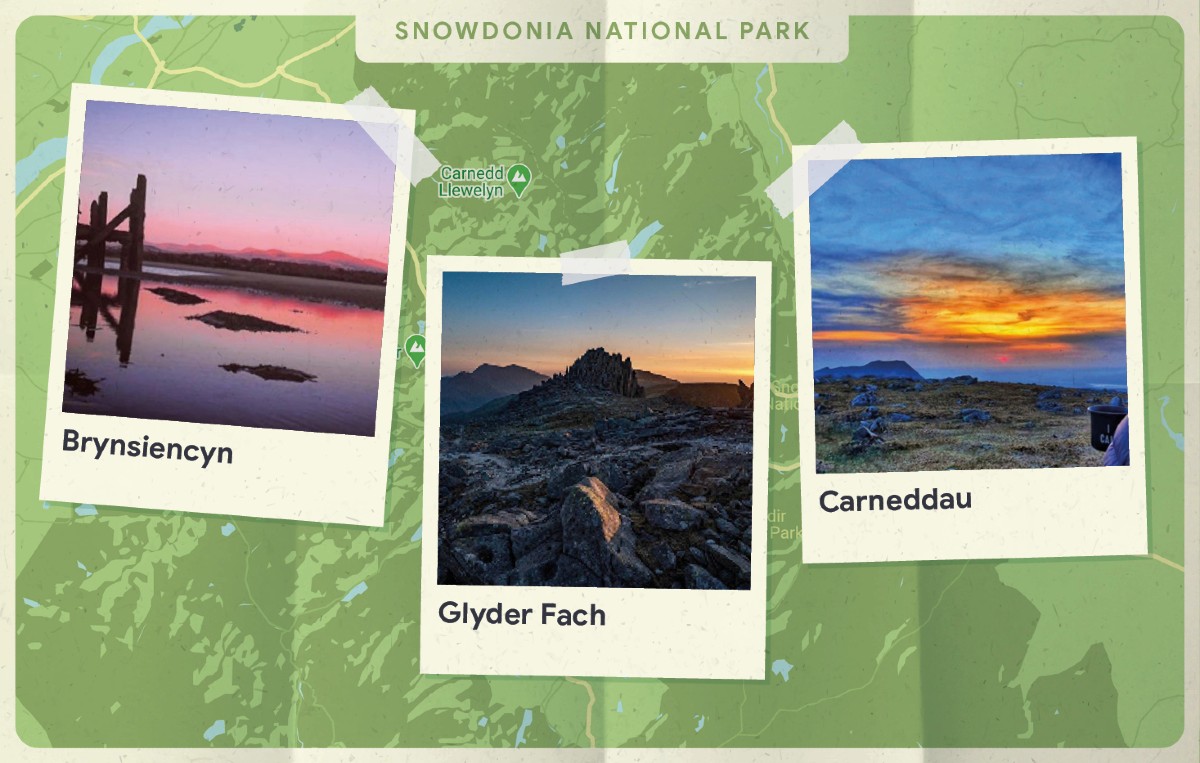 With 79 sunset posts, Snowdonia comes in at number seven on our list. Snowdonia is located in North West Wales and is concentrated around the mountains and glacial landforms throughout the area. The region boasts a large network of walkways, lakes and craggy peaks.

It's this diverse landscape which makes this national park one of the best destinations to view a mesmeric sunset. The park's famous Snowdon Mountain Railway follows Wales's highest mountain, Mount Snowdon, all the way to the summit, offering views across the sea to Ireland. 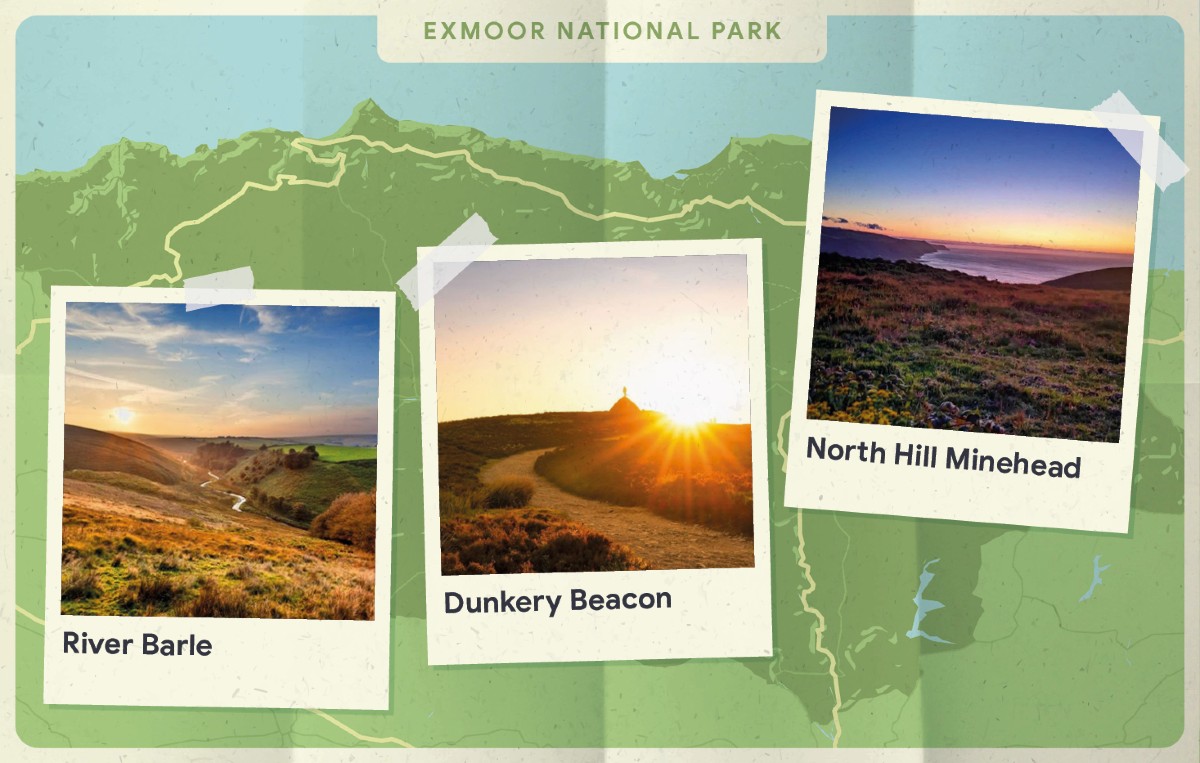 With 42 Instagram posts focusing solely on the national park's beaming sunsets, Exmoor is yet another location that shows off the natural beauty of Britain. The area is made up of a beautiful landscape combining moorland, woodland, coast and rivers that have been shaped by both people and nature over millennia.

The region is known for having the highest sea cliffs on the British mainland, a perfect spot for a sunset snap. Not only that, Exmoor also has the lowest and highest tides in all of Europe, meaning the landscape can look vastly different from one moment to the next. 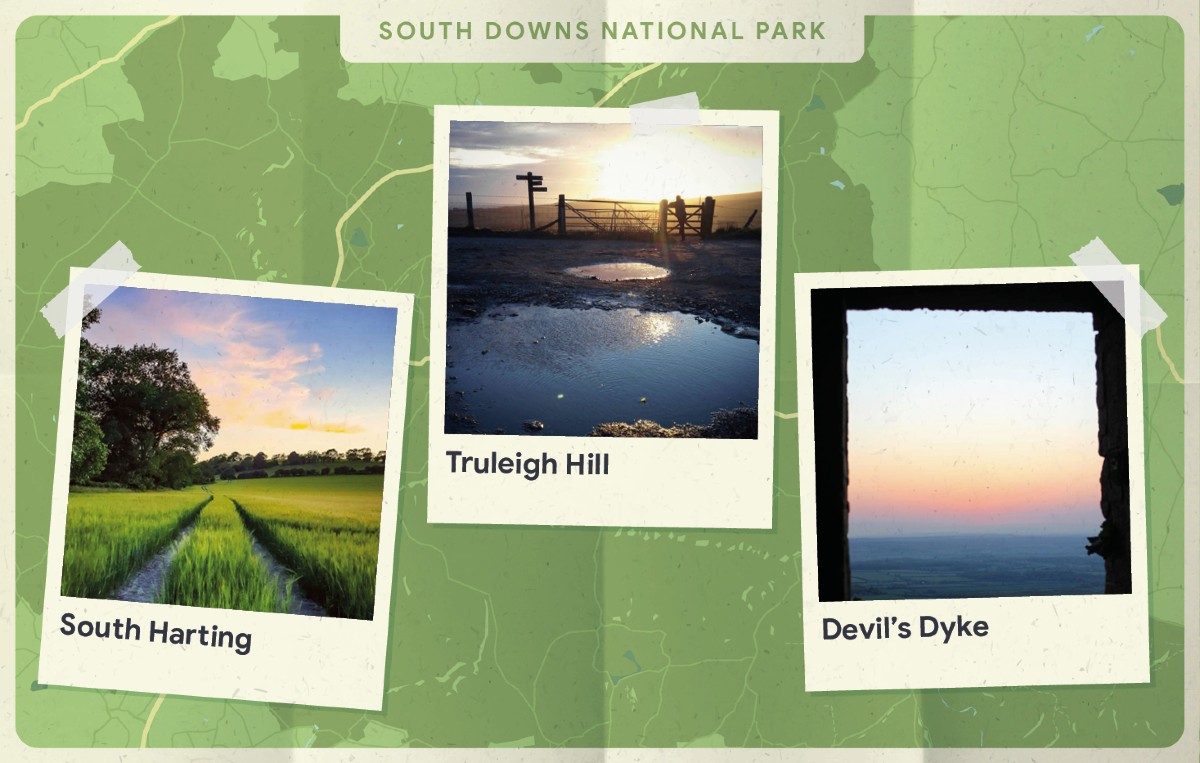 With a total of 42 golden sunset posts, South Downs is another must-visit if you're searching for the perfect sunset. The South Downs consist of a range of chalk hills that stretch for 260 square miles across several coastal counties. The area benefits from amazing weather, being closer to France than it is to Scotland, which contributes to the national park's mesmeric sunsets.

This is one of the reasons why the area is the UK's most popular national park, welcoming approximately 39 million visitors per year. But watch out for the sheep! The national park is home to over 110,000. 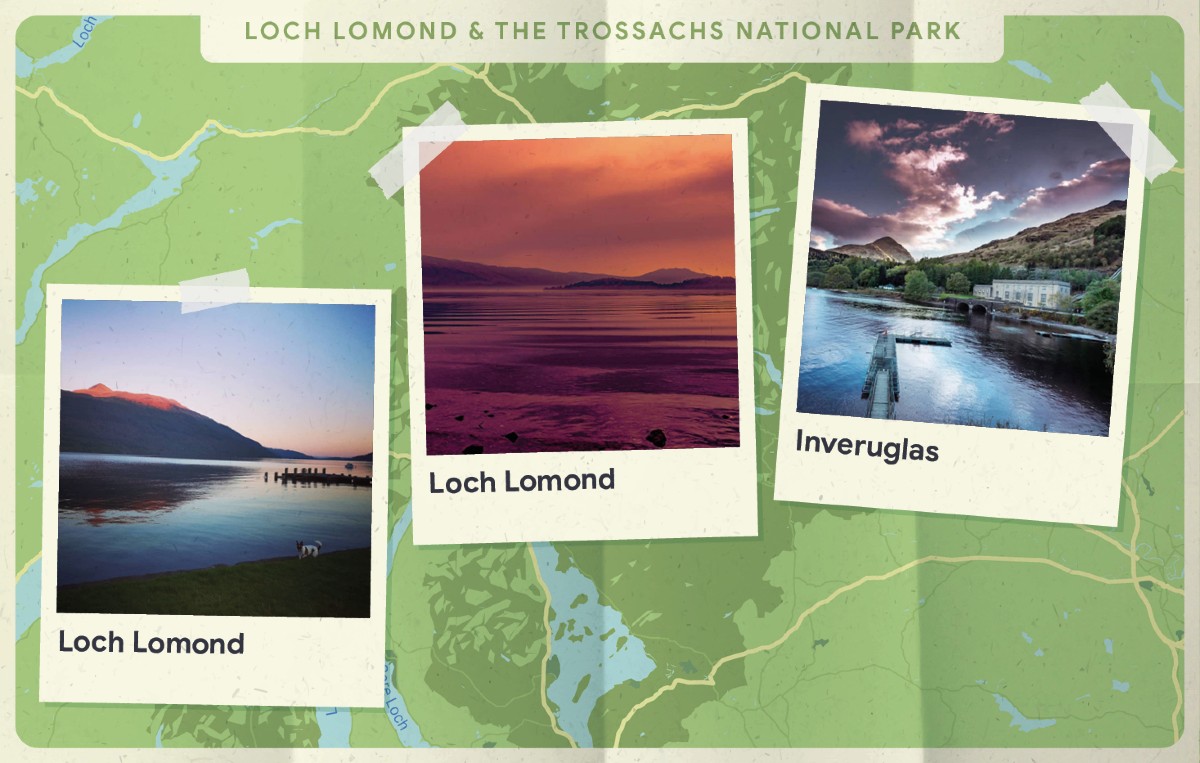 Encompassing 720 square miles of Scottish countryside, Loch Lomond & The Trossachs is located to the northwest of Glasgow. The national park is formed around Loch Lomond and the hills and glens of the Trossachs.

The location is an extremely popular tourist destination, with many often pausing to watch the sunset over the loch. Due to the geography of Scotland as a whole, 50% of the country is within an hour's drive away, meaning it's extremely accessible to most. The area was the first of two national parks established by the Scottish government in 2002.

If you're planning a trip to a national park this summer, be sure to check out our car leasing page to find the perfect ride for your staycation.