Ford Freshens Up Focus With New Looks And Tech

Ford’s popular Focus-mid-sized hatchback has come in for its midlife ‘nip-and-tuck’, with a redesigned front end, better in-car technology and a new dual-clutch transmission introduced as part of a round of updates.

The Focus, now into its 4th-generation, has been freshened up to bring it into line with tech-heavy rivals in its sector, most notably the offerings from the Volkswagen Group in the shape of the VW Golf, the Skoda Octavia and the SEAT Leon.

Ford’s update of its C-segment contender also comes hot on the heels of a similar round of revisions for the smaller Fiesta supermini, announced in September. 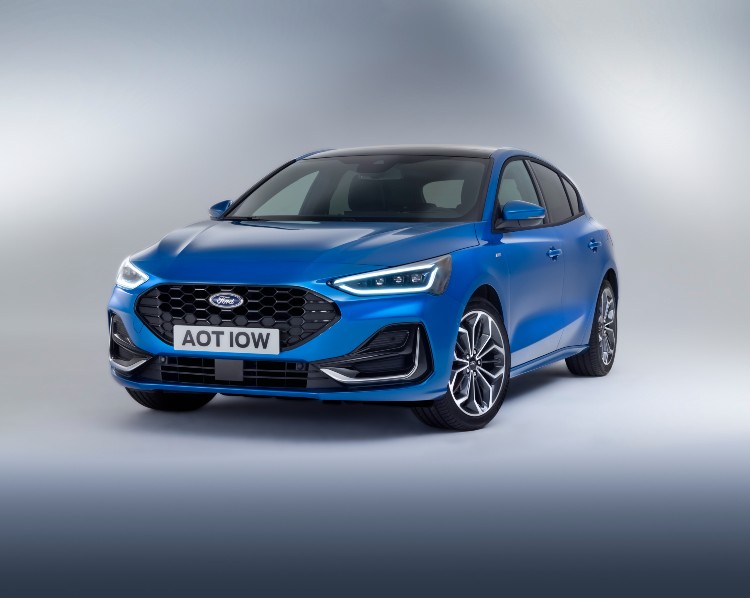 On the outside, the new Focus is easy to spot. The bonnet has been reprofiled and the Ford logo has moved into a larger radiator grille, which itself comes in a variety of different designs depending on whether you pick Titanium, ST-Line or Active trims.

Either side of this, new LED headlight clusters feature signature daytime running lamps, while at the back are further LED clusters, darkened and also sporting a new light pattern. Beyond this, the front bumper is resculpted, too. 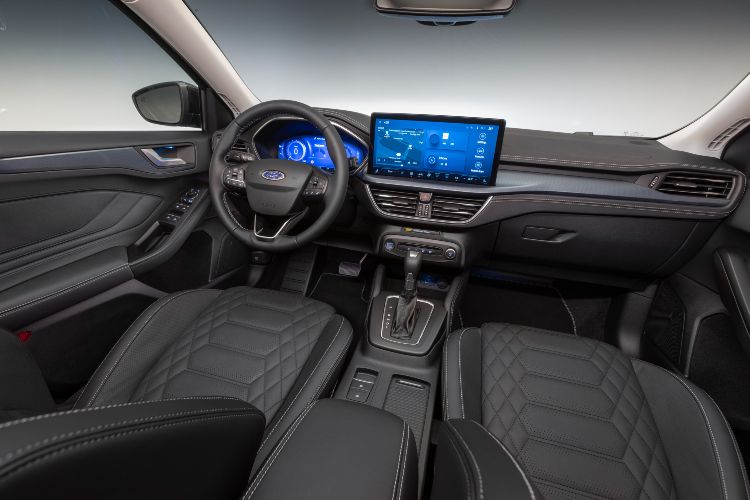 Arguably, it’s inside where you’ll spot the biggest change, as you’re unlikely to miss the whopping 13.2-inch centre-mounted touchscreen of the Focus’ upgraded SYNC 4 infotainment.

Admittedly, it’s not quite as big as the 15.5-inch portrait affair you’d find in a Mustang Mach-E, but for the Focus it’s still a huge increase on the pre-facelift car’s 8-inch SYNC 3 set-up. And the new software also incorporates better wireless smartphone connectivity plus wireless charging, as well. 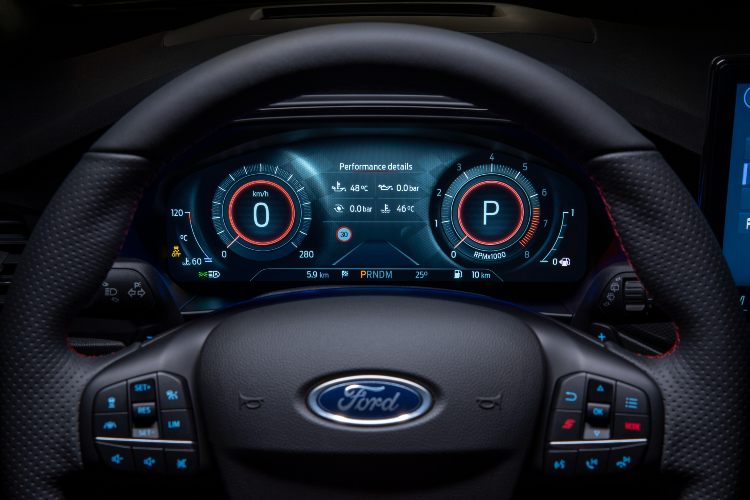 Further tech goodies include Blind Spot Assist on the Focus for the first time, which not only monitors a driver’s blind spot for vehicles approaching from behind, but can also apply counter-steering to warn the driver and prevent a lane-change manoeuvre if a potential collision is detected.

Powertrains continue broadly as they were before, although Ford has added a 7-speed dual-clutch Powershift automatic gearbox to the 155hp mild-hybrid model of the Focus. Thus equipped, the 1.0-litre 3-cylinder engine will deliver up to 47.9mpg and CO2 emissions of just 119g/km.

Beyond this, the company has not been shy in showing off the revised high-performance derivative, in the form of the Focus ST. This retains its monster 2.3-litre 280hp/420Nm turbocharged petrol engine but can now be specified in the striking Mean Green paint that made its debut on the Puma ST crossover.

The Active lifestyle model of the Focus also continues, and on that note it’s worth pointing out that Ford has revised the 1653-litre loadspace of all the Focus Estate variants for greater practicality. The company has included a new ‘wet zone’ rubberised floor at the back of the boot, as well as easy-clean carpet and side trims, and a vertical divider for simple organisation of the cargo area. Mark WILL be pleased…! 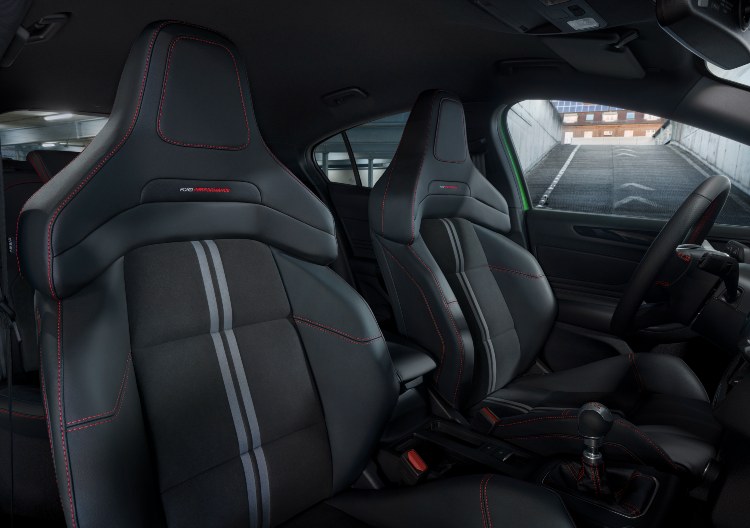 Roelant de Waard, general manager for passenger vehicles for Ford of Europe, said of the updates: “The Ford Focus is a success story more than 20 years in the making, and its appeal has always been grounded in delivering an attractive design and 1st-class driving dynamics. With next-generation SYNC 4 adding connected navigation with the largest screen in the segment, new Focus customers will enjoy an enhanced digital experience that fits seamlessly into their lives.”

The new Focus is available to order from Ford dealerships now, with prices starting from around £22,500.