All new cars registered after 1st April 2017 will be taxed at new rates because the way Vehicle Excise Duty (VED) is calculated is changing. Vanarama is here to explain how.

First thing's first, let's bust the myths flying around: the change in VED won't affect any vehicles registered before April 2017.

However, VED for the first year is now to be based on CO2 emissions. After the first year, the amount of VED that drivers will need to pay depends on the type of vehicle they drive. In brief, the key facts are as follows:

A full breakdown of the costs and VED rates is presented in the table below: 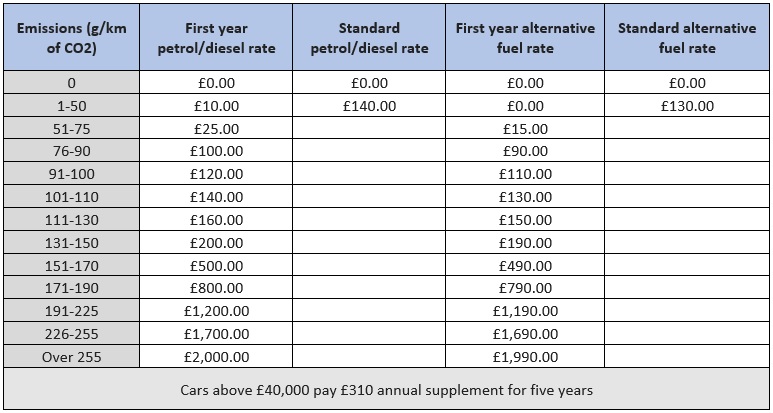 What about more expensive cars?

Vehicles with a list price of more than £40,000 face something a little different. If a vehicle has a list price (the published price before any discounts) of more than £40,000 (including any factory OR dealer accessories), the rate of tax is based on CO2 for the first year. Then, after the first year, the rate depends on the type of vehicle (petrol, diesel, alternative fuel or zero emissions) and an additional rate of £310 a year for the next 5 years.

So, there's never been a better time to register a new vehicle than before the end of March 2017!

What do you think about the new car VED rates? Let us know in the comments below.