The Most Electrifying Car Brands That Aren’t Tesla

With the British Government pushing through policies to back them up, and more manufacturers than ever choosing to switch from petrol power to batteries, it’s perhaps time for all of us to accept that electric cars are the future of motoring. What started as an outlier with Tesla has become a key part of many carmakers’ catalogue, and with the push to improve both performance and the supporting infrastructure for all-electric vehicles, going electric has never been more of a viable option for the roadgoing public.

However, while Tesla may be grabbing the headlines as the biggest kid on the electric block, the high-end Model 3 isn’t necessarily what everyone is looking for in a car. Thankfully, other manufacturers have been stepping up to the plate and quietly increasing their electric ranges to provide customers with the wide selection of cars they expect. With some of the UK’s most popular automotive brands starting to ride the electric rollercoaster, the time has come to see where they stack up on their electric ranges and how they’re providing new eco-friendly options to customers. 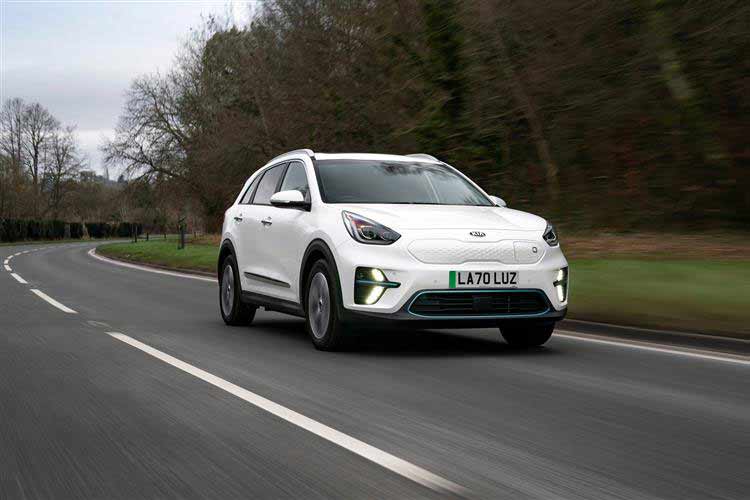 Kia has spent a long time slipping under the radar when it comes to publicity, while quietly building a reputation for making good, solid cars that can be driven by everyone from a driver who’s just passed their test to an elderly relative. The Korean brand is built on affordable, everyday cars that are decidedly likeable in their looks, handling and pricing.

Their e-Niro has received great reviews from car publications and, as a later model (having launched in 2018), offers up an impressive 280 miles of range before needing a recharge. The Soul EV offers a more compact option with bold styling and maintaining Kia’s Tardis-like ability to have a large amount of space on the inside, while the newer Ev6 received a Car Of The Year award from What Car as one of the best new electric SUVs to hit the market. The sky seems to be the limit for Kia in the electric era. 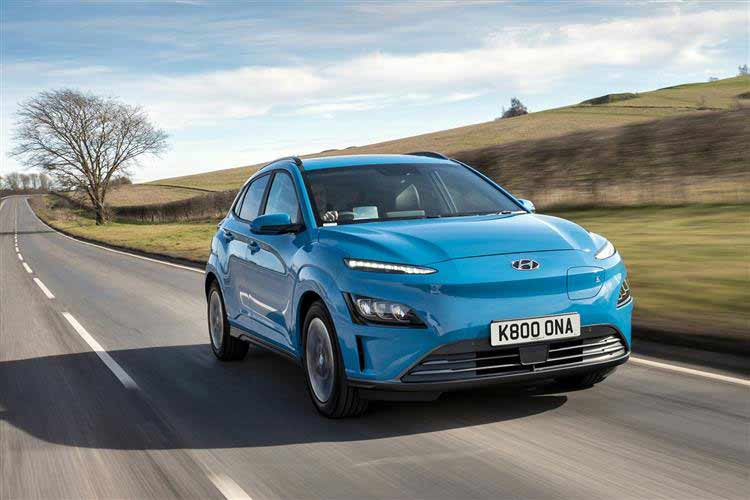 Hyundai has made no bones about their entry into the electric marketplace, and with their range of hatchbacks and SUVs rapidly becoming a byword for quality cars with excellent handling, its little surprise that Hyundai makes it into the list as one of the best electric brands currently on the market.

With a firm basis already in place in the form of their hybrid range, the Korean automaker has made the leap to fully electric by building two of its most popular cars – the Ioniq hatchback and the Kona SUV, while also releasing an all-electric crossover in the Ioniq 5. Given that the Ioniq 5 managed to scoop the honours for Car Of The year with Auto Express, choosing to lease one of Hyundai’s electric models is far from a bad decision. 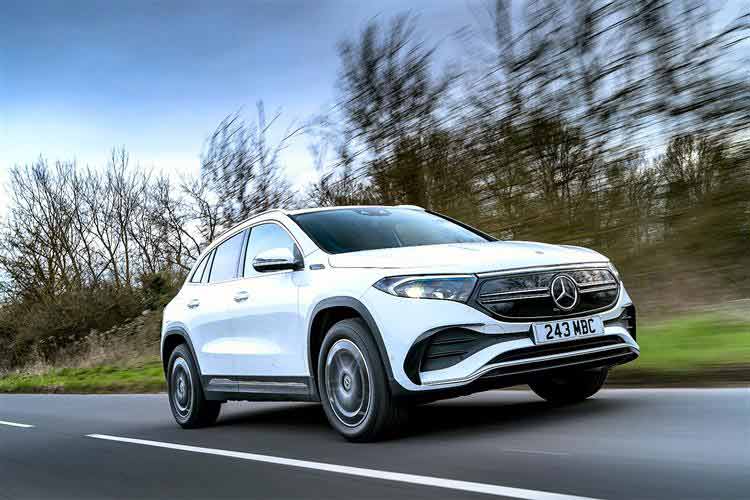 Mercedes-Benz has come to the electric party relatively late on, but that delay in their entry has allowed them to benefit from all the advancements that have taken place in electric powertrains over the last ten years or so with a three-car range. As one of the top names in luxury executive saloons, as well as a top name in motorsport, Mercedes-Benz brings a level of credibility to the table that few others can match – especially as they’re the reigning Formula E Electric racing champions.

Mercedes-Benz has cast their net wide when it comes to their electric range, with a couple of innovative SUVs and the seven-seater EQV MPV providing a variety of options for the higher end of the electric market. 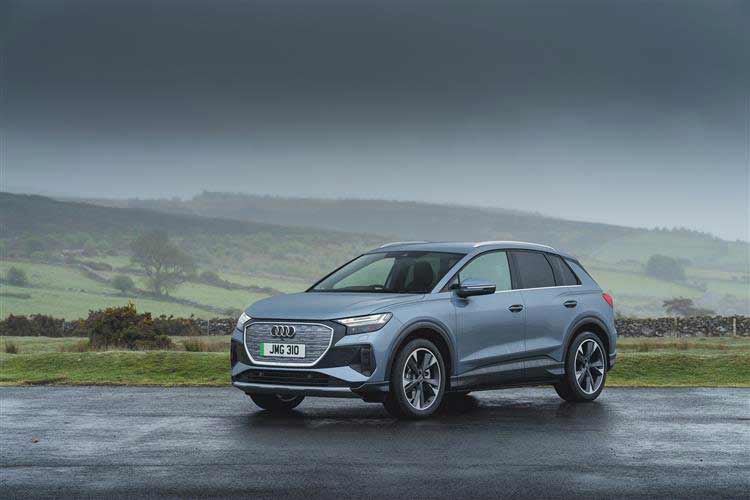 Like their rivals over at Mercedes-Benz, Audi has launched a three-pronged attack into the electric car market, while retaining all the features and performance that their loyal customers would expect from them. With three cars in the electric field, each with their own variants, loyalists to the four rings are spoilt for choice when it comes to ways to get on the road in an electric vehicle

Audi competes directly with the Tesla Model 3 with their E-Tron GT and its even sportier version, the E-Tron GT RS. The RS offers an impressive 0-60 time of 3.3 seconds, while the Q4 E-Tron, E-Tron and their Sportback variants provide high-end quality in SUV packages. Like Mercedes-Benz, Audi draws on a long history of top-level engineering in both road-going and motorsport disciplines to give their electric cars top-level performance. 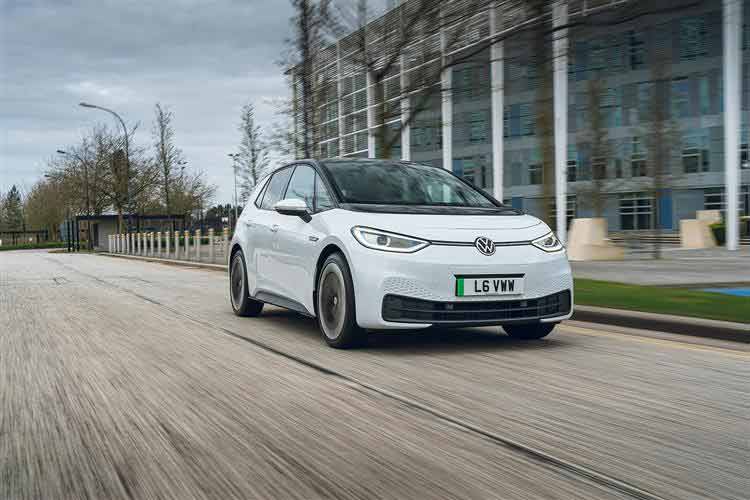 While brands they own, such as Audi, may be targeted at the executive and high-end markets, Volkswagen continues to live up to their name by manufacturing a range of electric hatchbacks and city cars to suit all walks of life. Even the legendary Golf has gotten in on the act and gone electric!

Volkswagen’s current range has four electric cars, ranging from the smaller e-up! to the ID.5 SUV. After the difficulties for the brand in 2015, the German automaker has committed to rebuilding its environmental image moving forward, and adopters of their electric vehicles are reaping the rewards of the commitment with some of the best family-car EVs available on the market today. 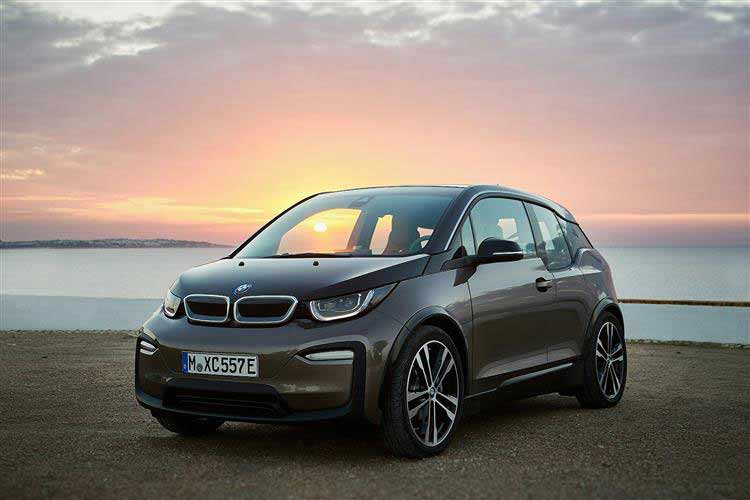 With a range covering hatchbacks, crossover SUVs and their speciality, the executive saloon, BMW’s electric cars truly offer an alternative to Elon Musk’s electric empire. The BMW i4 has somehow managed to make the classic styling of the traditional M-Series look futuristic, while the i3 and i3s models offer nippy run-arounds with cost-efficient energy savings.

In this list, we’ve looked at the car manufacturers who are offering the widest range of electric cars on the market, and there’s certainly a lot of choices out there – but it’s important to remember that there are other car makers who are also banging the drum for electric.

Nissan continues to lead the charge with the Leaf, Renault has been winning praise with the Zoe city car, while Mini, Fiat and Honda have all brought electric entries to market. Wherever the technology goes, the future of electric cars is certainly looking bright.