Why Lease the Citroen C5 Aircross? 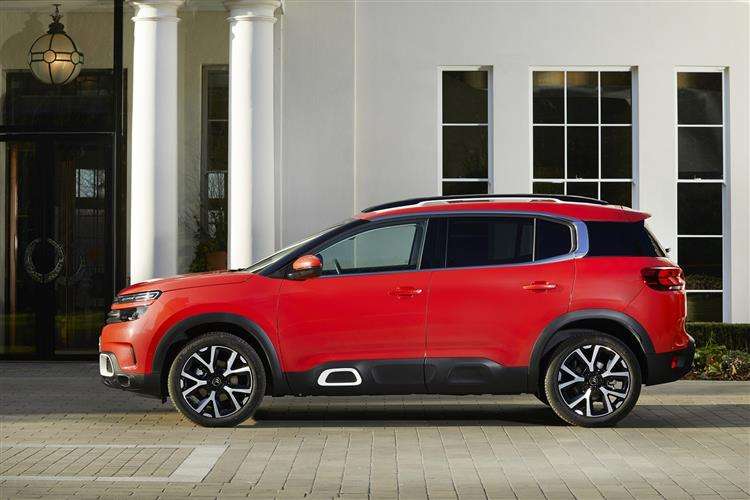 The Citroen C5 name has been around since the year 2000 but until quite recently had only been used on saloons and estates. To keep up with the SUV trend, Citroen decided to morph the C5 name into the Citroen C5 Aircross, a bold SUV based on the Peugeot 5008.

Distinctive in its appearance and styling, this SUV drives well and is comfortable too. The C5 Aircross’ quirky looks could only really come from the company that arguably knows more than any other carmaker about avant-garde design. For those craving the bigger car lifestyle, there's certainly a lot of appeal - especially as the £24k asking price is rather reasonable.

While this car is a sibling to the Peugeot 3008, that doesn’t mean this compact SUV can’t be different. With both comfort and practicality hailed to be at the core of its strengths, the C5 Aircross innovates from its seat design to its suspension specification. With a boot that’s almost 600 litres at its smallest and fully removable individual back seats, it is very practical.

The large SUV class contains everything from premium cars, such as the Audi Q5, 7-seaters and proper off-roaders such as the Land Rover Discovery Sport. The C5 Aircross is available only as a 5-seater and doesn’t really do the ruff and tumble stuff because there’s no option to have 4-wheel drive. Instead, it tries to tempt you by undercutting its 5008 cousin and competing at the more affordable end of the class with cars like the Mazda CX-5 and MG HS.

“Discover C5 Aircross - the most versatile SUV in its segment. Its unique personality and strong style choices such as its Airbump inspired lower door and wheel arch protectors, roof bars, and a broad range of personalisation options make it 100% Citroën in its design and character.”