In this article we’re looking at 2 of the longest standing and best-selling executive saloons - the Audi A4 and the BMW 3 Series, to help you figure out which one you should lease. Spoiler alert: they’re both great, but in slightly different ways.

The family car market has changed almost beyond recognition over the last decade or so; the trend for SUV-shaped family crossovers has all-but killed off the mid-level family saloon.  And yet, the ‘executive’ end of the market - the fancier end, usually German - has proved immune to the changes. There’s still something special about a saloon with a premium badge on it.

How Practical Are The A4 And The 3 Series? 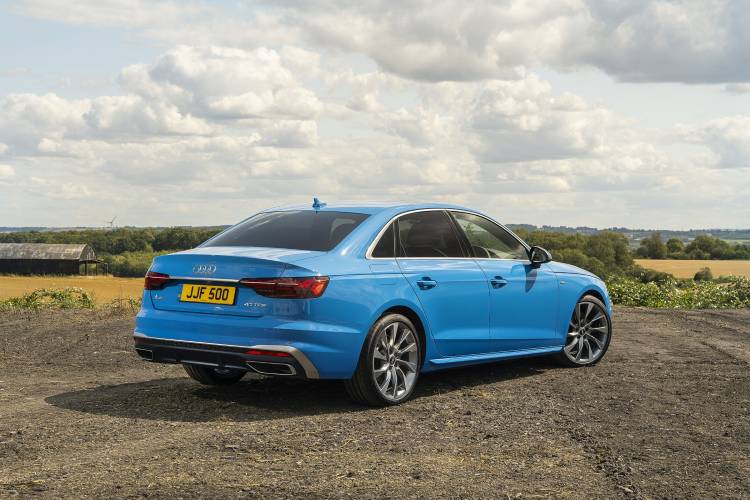 So if we’re talking about the saloons, then you’re looking at identical boot volumes: 480 litres apiece. The issue, as always, is that the boots are accessed via relatively small openings, which means they’re not too IKEA-friendly. Also, in the case of the 3 Series you’ll lose 105 litres of that space should you choose the plug-in hybrid version, lost to the electrics. 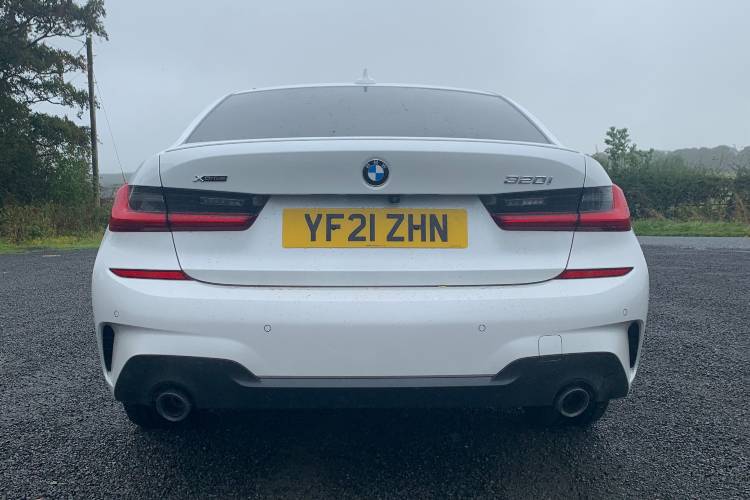 If it’s really outright practicality you need, the estates are the way to go. The A4 Avant’s boot volume isn’t actually that much greater than the saloon’s, just 10 litres more, but it’s a much more accommodating shape, is accessed via a massive tailgate, and if you fold the rear seats down you’ve got a huge 1430-litre oblong of air. The 3 Series Touring has a little more space again (500-1510 litres) and the rear screen opens separately from the tailgate, a neat touch that allows you to drop small items into the boot with very little effort.

Should I Get A Crossover Instead? 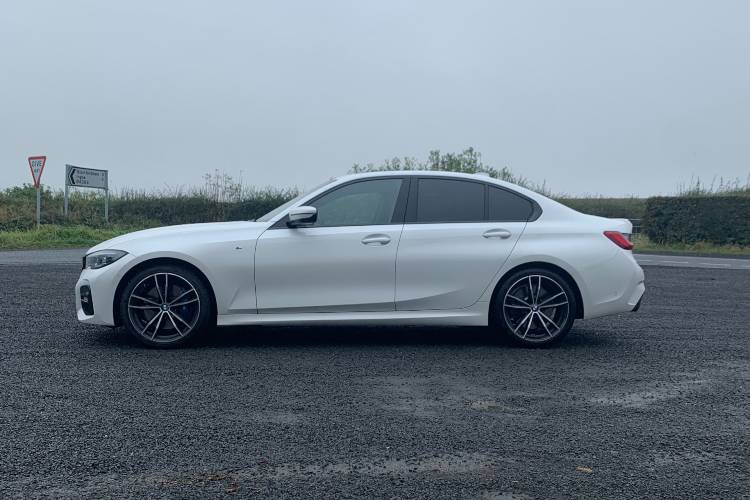 Well, it’s true that the crossover gives you the sort of practicality and flexibility that a saloon just can’t match, because a crossover will almost certainly have a bigger boot, and one more easily accessed via a large hatchback. It’s also true that you can basically get crossover versions of both the Audi A4 and the BMW 3 Series, in the Audi Q5 and BMW X3 respectively. The thing is though, neither of those things drive as sweetly as their saloon counterparts, and to say that an A4 or a 3 Series is innately impractical is unfair. Plus, you can get them both as estates in any event - the A4 Avant and the 3 Series Touring - which instantly changes the debate.

Which Is More Fun To Drive? 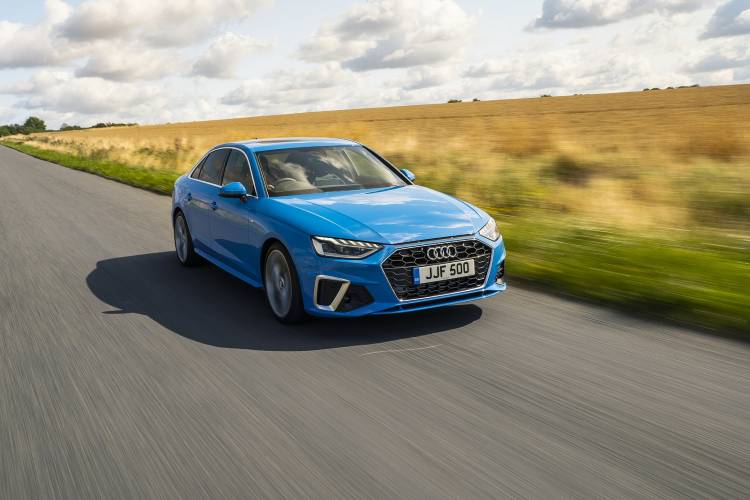 That depends on what's most important to you. As the A4 is front-wheel drive by default (you can get quattro 4-wheel drive versions too), it’s always been viewed as the less ‘dynamic’, less fun to drive, particularly in the context of the 3 Series. The BMW is not only rear-wheel drive as standard (it too is available with 4-wheel drive, called xDrive), but it’s always been viewed as a benchmark for driving dynamics. So, if you get your kicks from the usual metrics of what makes a car fun - the way the steering feels, a sense that the car is being pushed from the back wheels - then the 3 Series will make you feel better.

However, the majority of executive saloons are sold as 2.0-litre diesels with automatic gearboxes and spend most of their time going from house door to office door. Very few people are taking their cars to the limits of mechanical grip, and the brilliance of the A4 is that it’s packaged perfectly for the day-to-day, which brings its own genuine sense of enjoyment.

For a start, the A4 is built with the sort of majestic solidity that’s normally reserved for the foundations of very tall buildings. You’ll rarely find a cabin this detailed, and whose materials feel so robust, whose glove box lowers in such a smooth, controlled fashion, and whose buttons and dials click with such exquisite tactility. Even the door pockets are soft touch plastic. But actually the sense of heft goes beyond that in this car. It’s like it’s been engineered into the way it drives. Everything from the weight and feel and chunkiness of the gear selector, to the assured resistance of the steering, and the way it blocks out road and wind noise, it all just feels like a masterclass in precision carmaking.

Is The A4 Better Engineered Than The 3 Series? 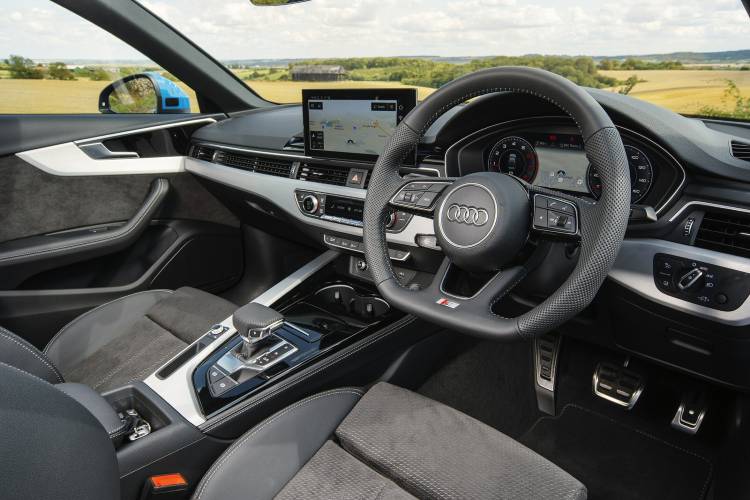 The best way to describe it is that the A4 feels heftier, although that’s not to say the 3 Series feels poor quality by comparison, not at all. BMW has, smartly, not leaned too heavily on screens in the 3 Series. Its cabin has a great balance of pleasant design, ergonomics, outstanding build quality and, most importantly, fuss-free ease-of-use. BMW has perfected its iDrive multimedia setup now so it’s non-distracting to use, and the infotainment display is also touchscreen if you prefer that. Plus this is a touchscreen, if you prefer that. The heating and volume controls are on separate dials for ease of use, and the standard digital instrument panel is one of the biggest, most high definition you’ll ever see.

But where the 3 Series really shines, aside from feeling the more lively of the 2 to drive, is with a huge engine range with something for everyone. From a 50mpg-plus four-cylinder diesel engine that’s genuinely class-leading in terms of refinement and low-end punch – honestly, 318d and 320d are brilliant – to 6-cylinder petrols and diesels that sound great and cover ground properly quickly.

One major blow against the A4 is that it’s not available as a plug-in hybrid, so if you’re using your executive saloon as a company car and want the tax breaks of a ridiculously low CO2 rating, there’s really only 1 winner: the 330e plug-in boasts 217.3mpg and 30g/km efficiency ratings.

Which Car Is The Best Equipped? 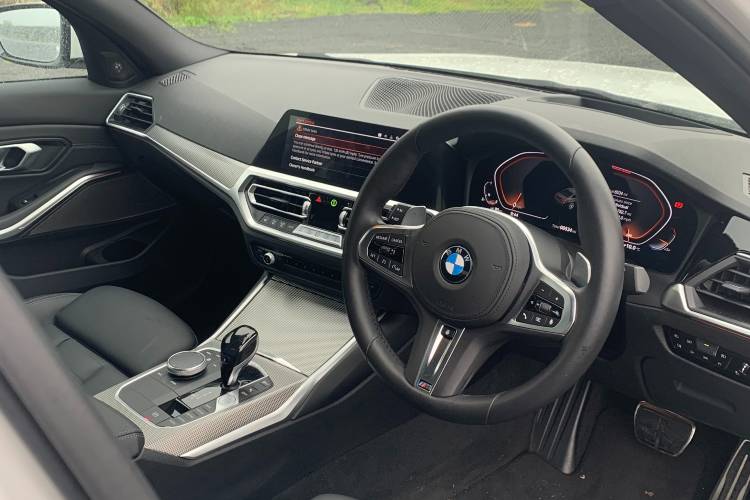 Both do the same sort of thing when it comes to trim levels and equipment. No surprise really. The days of these sorts of cars coming with “nothing as standard” are long gone, and in both cases you’re looking at climate control, digital instrument displays, rear parking cameras, cruise control and fancy LED headlamps at the base of the range. But both are at their best when specified with their ‘sportier’ trim lines, called S Line in the Audi and M Sport in the BMW. Again, the upgrades are similar, giving you bigger alloy wheels, sports suspension (firmer and lower), sports chairs (firmer and grippier), more leather in the cabin, an aesthetic-enhancing body kit and a few more nice options besides. In the Audi you’ll get ‘dynamic’ indicators, for instance - they're those sweeping ones that you’ve probably noticed.

Is The Sporty Trim Less Comfortable? 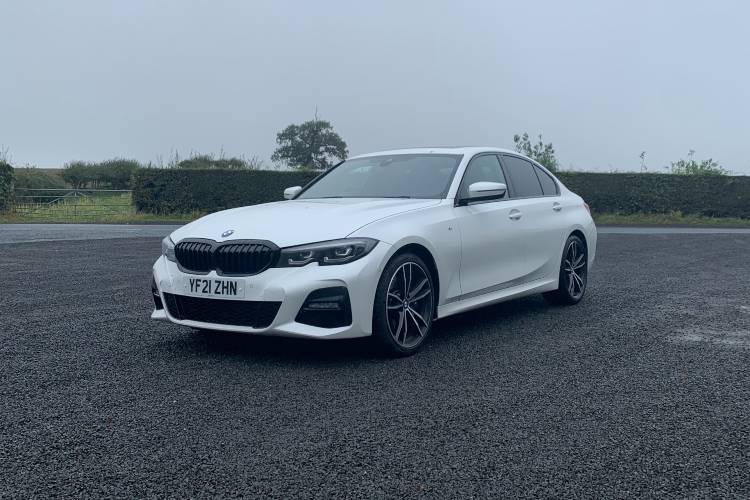 Bigger wheels and stiffer suspension does, in both cases, make the ride quality a little harsher, a little bumper, but the latest versions of the 3 Series and the A4 are both more comfortable than they’ve ever been; there was a time that S Line and M Sport version of these cars rode quite poorly, but that’s just no longer the case.

On top of that, they both have drivetrains that are just so plainly refined in every way. Audi’s 7-speed automatic gearbox (called S Tronic) is very quick to shift and seems to have a second sense for what gear you’d like the car to be in, while BMW’s 8-speed automatic is one of the smoothest around. The diesel engines in both cases don’t rattle or chug and you’ll get 50mpg from them, but actually, the lower capacity 2.0 turbo petrol engines are very easy to recommend too. Audi’s 40 TFSI returns 44mpg, gets to 62mph in 7.1 seconds (pretty quick) and is very quiet. If it's the character you want though, BMW’s 320i is the one. It’s just a lovely, free-revving engine. It’s not quite as efficient or quick as the Audi on paper, but it sounds a bit nicer and is a little more refined at town speeds.

Which Car Is The Best?

The 3 Series probably edges it because it’s just that bit more fun to drive. It has a spring in its step that the Audi feels like it’s missing. It looks a bit sharper too, inside and out. It’s also a little longer between the wheels, meaning it has more rear legroom. All that said, it really is a very close thing, and the A4’s outstanding build quality, classy design, awesome refinement (even with a diesel engine) and exceptional comfort make it a great choice.

Top 10 Best Company Cars
Our picks of the best company cars for you, for the 2021/22 tax year and beyondRead More
The Best Cars For Motorway Driving
In a new car market increasingly dominated by SUVs, it’s tempting to wonder whether there’s really still a place for the classic estate body shape. Here, we’re going to guide you through your best options.Read More
How Does Car Leasing Work?
Learn more about the simple steps to leasing your dream car with fixed monthly rentals.How Does Car Leasing Work?