Everything You Need To Know About Car Insurance Groups

What Are Car Insurance Groups And What Do They Mean?

Understanding car insurance groups and how they affect your premiums is quite useful to know when choosing and insuring a car. With thousands of makes and models of cars on the roads, every car belongs to an insurance group that goes from cheapest to the most expensive to insure. It’s not just the value of a car that defines which car should go into a specific group, it's how they are considered to be driven and other factors too. A luxury sports car is likely to be driven very differently to that of a small city car, for example, therefore it is classified as a higher risk and a higher insurance group than the smaller car.

How Many Groups Are There?

The insurance group system was established about 40 years ago. There were only 9 groups which your car could fall into. In the early 1990s, this was increased to 20 when more varied cars appeared on the roads. In 2006, the system changed again to reflect even more car types and technologies that manufacturers were introducing, bringing the total to 50 groups. All new cars are now classified using the 1-50 scale.

How Are They Calculated?

Now, these insurance groups aren’t calculated by the manufacturers themselves and are instead assessed by the Group Rating Panel. This panel is a board of representatives from Thatcham Research which establishes the insurance group of every private car in the UK. We’ve broken down the things the panel looks at when placing a car into an insurance group.

It's no surprise that the value of the car is taken into account when placing it in an insurance group. The value is usually a good indicator of how much it’ll cost to repair if the car has substantial damage.

The top speed and acceleration of the car are an important part of putting it into a suitable insurance group. High-performance cars often result in more frequent claims than those of cheap runarounds and therefore end up in higher insurance groups.

Does this vehicle get broken into more than other vehicles? Or does it have preventative security features included as standard by manufacturers? Such features include visible VIN numbers, locking devices for alloy wheels and high-security door locks.

The panel also looks at how the car is safe while out on the roads. If it's fitted with an Autonomous Emergency Braking (AEB) system, then you are less likely to be involved in low-speed front-to-rear accidents and this will reduce the car’s insurance ranking.

If your car does get into an accident or damage is caused to the vehicle, the panel looks at how much it would cost to return the car to its pre-accident condition. Not only does the panel consider how much repair parts will cost, but also the labour involved. Or, in other words, how long it’ll take to repair the vehicle.

Another way of qualifying for lower insurance ratings is by having a car with bumpers that are compatible with the insurers’ criteria.

I Understand The Numbers, But What Do The Letters Mean?

A: Car meets all security requirements for its group.

E: Car has exceeded security requirements and is placed in a lower insurance group.

P: This is used when the data for the rating system was incomplete when the car was launched.

U: In some cases, the level of security for the car is regarded as unacceptable. This doesn’t mean the car is uninsurable, but drivers must be made aware that some insurers may insist on upgraded security before providing cover.

G: Insurance group ratings are only allocated to vehicles built for the UK market. But the panel will list vehicles that are classed as imports under this letter.

Which Cars Are The Cheapest To Insure?

You’d expect that the cheapest cars to insure would be those which are the cheapest to purchase and you are correct. So if you’re looking for a car that isn’t expensive to insure, look at low-spec models and cars with small engines, such as the Ford Ka, Fiat 500, Hyundai i10 or similar. 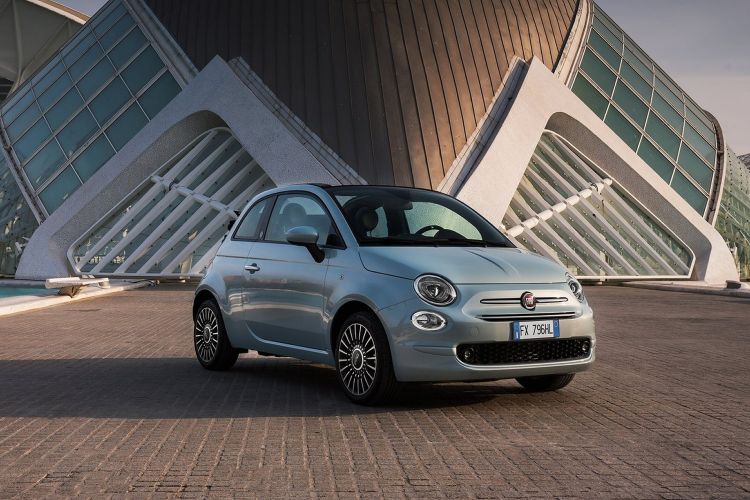 How Can I Cut The Cost Of My Car Insurance?

Enhance Your Security: Reduce the risk of theft or keep it off the road and parked in a locked garage.

Pay Annually: Insurers often give discounts if you pay annually, rather than monthly.

Excess: Pay a higher excess. This should lower your premiums if you were to claim during your policy.

Add A Named Driver: Add an experienced driver who has no claims or few insurance claims on their record.

No Claims Bonus: If you’ve not claimed on your policy before, you’re in luck as insurers will likely give you a reduction in your premium for a greater no claims bonus!

Black Box: Install a black box in your car, where your insurer monitors your driving. The better your driving, the lower your premiums.

Drive Less: It might seem surprising or a bit daft, but it’s true. You’ll likely be asked for an estimated mileage for a quote when looking for car insurance. If you drive less than intended in the year, it reduces the chances of you and your car being involved in an accident and it’s less likely you’ll make a claim.

Top Cars For Safety
Find out our top picks of the safest cars...Read More
Best Small Crossover SUVS
Looking for a small SUV? Here's our top picks...Read More
Car Body Types: The Ultimate Guide
Today we have a wide variety of car styles, but what do they all mean and which is best for you?Read Guide