It's a massive cliché, but nonetheless… the Ford Fiesta is a British Institution. Starting in 1976 with the first-generation hatchback, we're now onto the eighth in the UK and so far Ford has shifted more than 4,5000,000 of them in the UK alone. So it's fair to say that most people have probably had some experience of a Fiesta at some point. It is consistently in the top three best-selling cars in the UK month-to month, and quite often on top.

All that considered Ford really could have phoned this one in. But actually, some of the ways that Ford tested this to make sure it was real-world appropriate are genuinely impressive. The doors take 20% less effort to close than they did in the last car, and Ford even developed a robot backside to sit on the front chairs 25,000 times to test them for durability. It's all very meticulous and impressive, and it's resulted in one of the very best small hatchbacks ever made.

The Style Of The Ford Fiesta 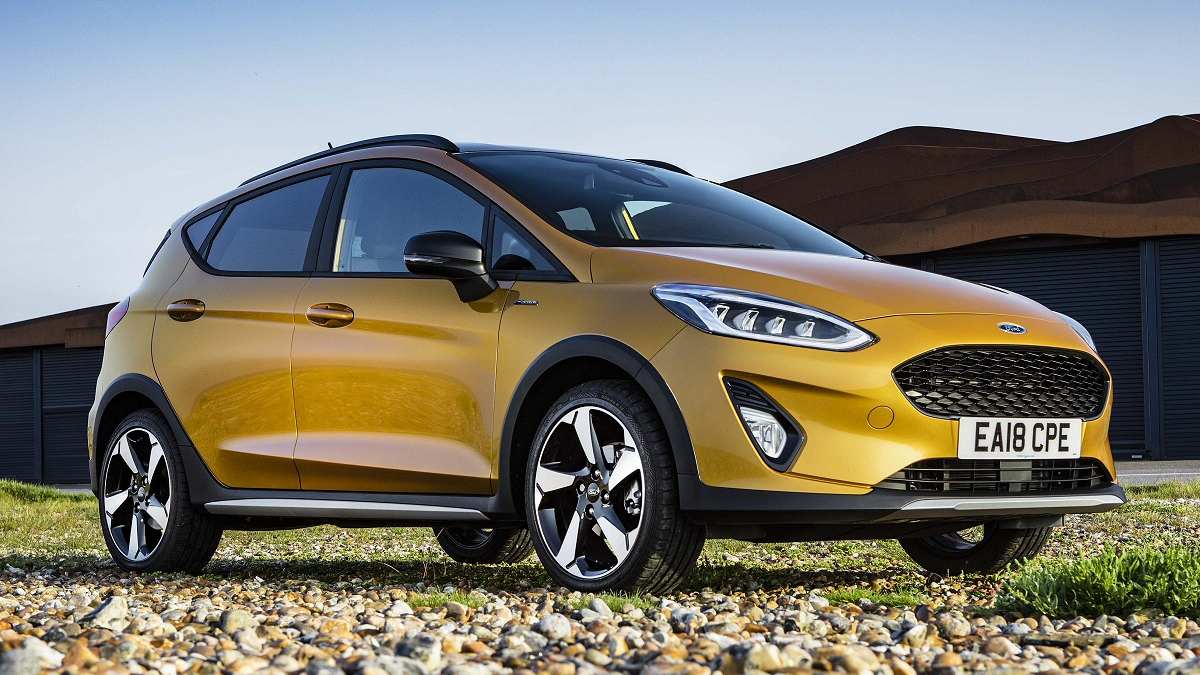 You might notice that the latest Fiesta doesn't look very different to the Fiesta it replaced, but don't be fooled. In the spirit of all good sequels this has more of everything. It's 71mm longer in the wheelbase so you get more rear space, the wheels are pushed out further so it handles better, and the chassis is 15% stiffer for the same reason. That helps make it safer too. It's five-star safe according to Euro NCAP, and comes with lots of safety kit as standard.

As before it's available as a three-door or a five door, with a trim structure that includes an 'Active' model which basically means it's dressed up a little like a 4x4 – plastic panels around the bottom, and ride height raised by 18mm for improved ground clearance.

The cabin sees the biggest change over the outgoing Fiesta, with the previous car's mass of buttons (which was based on the design of a mobile phone at the time and, unsurprisingly, aged badly) replaced by a central touchscreen. The Fiesta interior is far from the most stylish on the market, but it's neat, intuitive and well made. It's available in 11 stylish colours with various interior choices for those who like to customise, check out our Fiesta colour guide for details.

The Interior And Features Of The Ford Fiesta 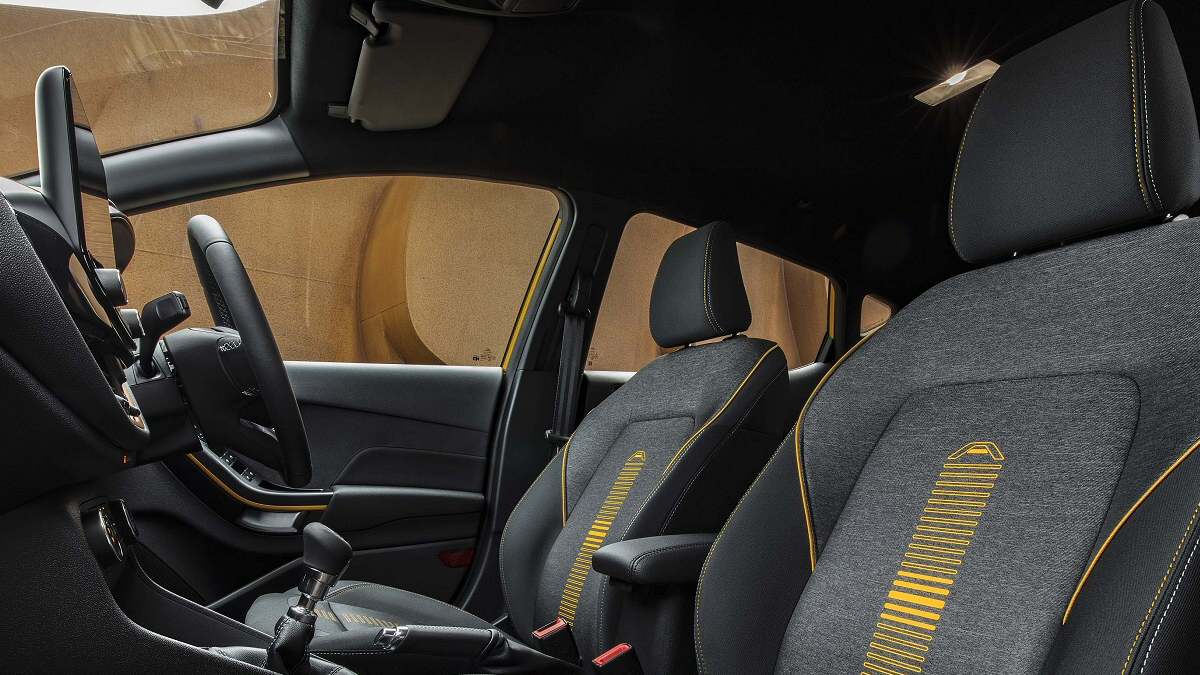 Every single Fiesta comes with the touchscreen media system, air con, LED headlamps, lane keeping assistant, a heated windscreen and front foglamps. Trim levels are many and change quite frequently to keep the car fresh, but very basically ST Line means more sporty, Titanium means less sporty, anything with an X on it means more stuff – better stereo, more leather, stuff like that – and Vignale means full fancy pants spec. Including a stitched leather dashboard. And there's the aforementioned Active trim too.

Regardless of spec the material use is mega: the cabin feels…chunky. It won't win any design awards, but it's highly intuitive to use. The air con controls are separated from the screen, which is generally the way it should be, but the screen software is pleasingly plain and easy to navigate.

Whatever version you choose, the separation between the trim levels will be felt less in terms of having more stuff to play with…more buttons to press…and much more in the overall driving experience you'll get in this thing. More on which later.

The Practicality Of The Ford Fiesta 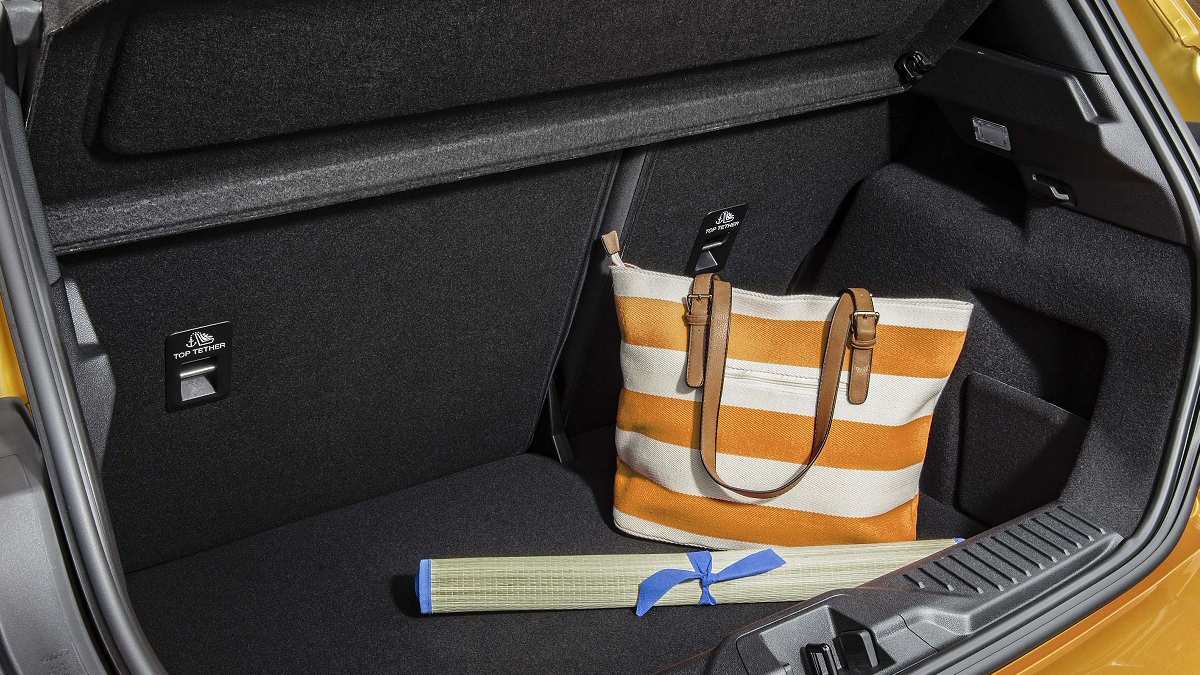 The wheelbase is the same whether you get a three-door or a five-door Fiesta, so either way you get a decent amount of rear space – the front seatbacks are scooped out, which helps there. There's plenty of headroom and the 292-litre boot that stacks up well with other stuff of this size. You can criticise the loading bay because it's not flush, and although the rear bench splits 60/40 as standard, the seats don't fold flat with the boot floor, so that's not flush either. That really does make a massive difference when you're sliding heavy stuff into the car and it is a miss.

At the front of the cabin it feels a little more well considered. It has a big basic glove box and a deep storage space in the centre console, and from a basic ergonomic perspective the Fiesta feels fantastic. And it's not just the fundamentals of a good, roomy driving position, which this has, it's the little things: the pedal feel is great, the steering wheel itself is spongy and just a lovely rim to grasp. And the top of this storage box is level with the armrest in the door, so you can rest your elbows evenly on them like an armchair. That was always the hallmark of an executive car, not a car like this.

As per the trims you have a fairly broad selection of drivetrains to choose from, and it's not as simple as one version being quicker than another. There's a basic non-turbo 1.1-litre 75hp petrol whose function is tootling around while using as little fuel as possible – it's slow but it returns 53.3mpg. It's the same sort of thing with the 85hp diesel, which is even more economical (65.7mpg) but a little on the noisy side.

Really the 1.0-litre Ecoboost engine is what you want because it is an absolute highlight, whichever power variant of it you get, and there are a few: 85hp, 125hp and 155hp at the moment, but as with the trims that changes fairly frequently too. Ford calls some of these models 'hybrid', but don't get this system confused with a standard hybrid or plug-in hybrid. It's actually a 'mild hybrid' system, which is basically has a fat starter motor that can ease load on the engine and improve fuel economy a bit, as well as giving a bit of a speed boost on occasion.

Despite that, with or without the system the 1.0-litre three-cylinder Ecoboost engine returns a claimed 54.3mpg WLTP fuel economy rating, which means that you're looking at mid-40s in reality, which isn't half bad. 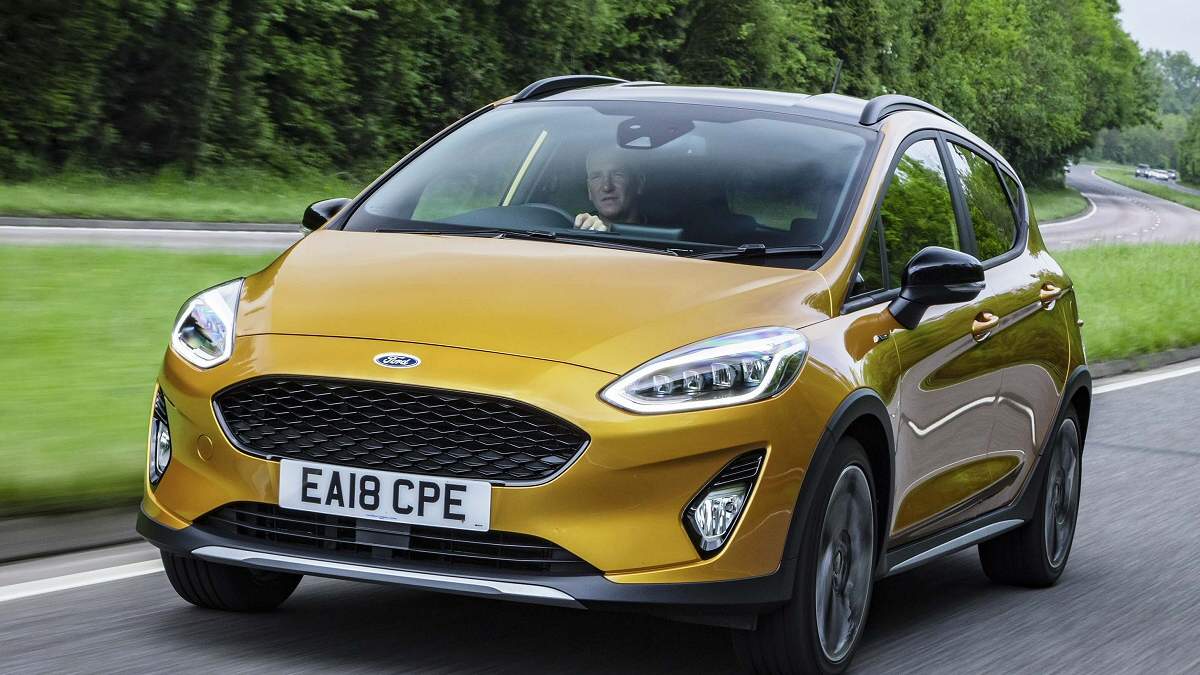 Regardless of that, or power, the 1.0-litre Ecoboost turbo is one of the great small engines – it has an almost diesel-y low end punchiness, and yet – very unlike a diesel – you can rev it hard and it sounds absolutely mega. It's like running your old runabout through Kurt Cobain's distortion pedal, in the best possible way. And actually the '90s grunge theme applies further because it gives the Fiesta the same quiet-loud-quiet dynamic that those songs had.

At low speeds, the Fiesta's refinement really isn't very small car at all. Mechanical noise, engine noise, tyre noise – they're all very low. But put your foot down and you get this big throaty chorus.

The last Fiesta was really the benchmark for ride/handling compromise for the entirety of its life – it got the balance of the two near enough perfect, and nothing ever really toppled it. At its core this feels basically the same, typified by a steering rack which is one of the best there is in any car. It manages to be light, for ease of use door to door, but it's not over-assisted. It weights up with speed, is just sharp enough without getting twitchy, and has that ever-more-mythical of qualities through the wheel – feel.

To go back to what we were saying earlier about spec determining the experience you'll have, ST-Line cars have lower, stiffer suspension. And while it's fantastic for that small percentage of the time you'll be driving the car for pure enjoyment, for the majority of the time it is a bit harsh. In fact it really does feel at times like it has a track car suspension setup. The dampers have very little travel, and sometimes when you hit an especially pronounced road imperfection the car takes a few short sharp bounces before it settles down again.

You might find that when you're buying this as a door-to-door thing it's needlessly firm. No doubt many buyers will feel that the ST Line setup adds to this car's overtly dynamic character, but other versions ride much more amicably – with much more comfort, that is.

The Ford Fiesta is middle aged now – it came out in 2017 – and yet it's better in virtually every way than its arch nemesis, the Vauxhall Corsa. The brand new Vauxhall Corsa, that is.  It's more fun to drive than the Volkswagen Group stuff too, including the SEAT Ibiza.

There are many, many of these small hatchbacks to choose from, most of them great, but the shorthand conclusion is that none of them give you a single compelling reason to buy one over and above a Fiesta. It's still the benchmark.