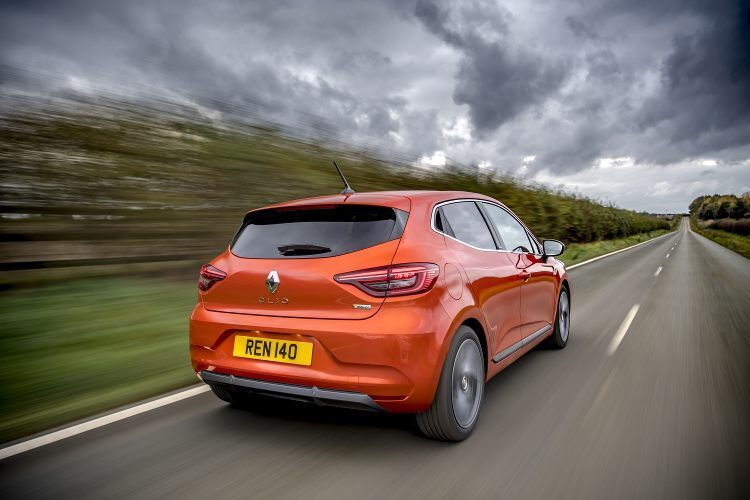 Renault’s seemingly evergreen Clio, a supermini runaround that – while not quite as long-lived as sector titans such as the Ford Fiesta and Volkswagen Polo, which can trace their respective lineages back to the 1970s – has nevertheless been on the scene since 1990. This car is the 5th-generation model, which launched in 2019, and it continues to compete with the talented opposition in this sector – including the Volkswagen Polo, the Vauxhall Corsa, the Ford Fiesta, the Toyota Yaris, the SEAT Ibiza, the Peugeot 208… and, oh, we could go on for hours here, without even listing any of the crossovers that you might also reasonably consider as alternatives.

Sold purely as a 5-door hatchback and with a choice of just 2 powertrains at the time of writing, the Clio Mk5 embodies parent company Renault’s desire to push upmarket, as despite this being an affordable small hatchback, the French firm has designed the car to be comfortable on the motorway and to feel top quality within. It comes in 7 colours in a variety of paint choices, with interior options too, see our Clio colour guide for details.

So is the Clio the market leader in this segment these days? 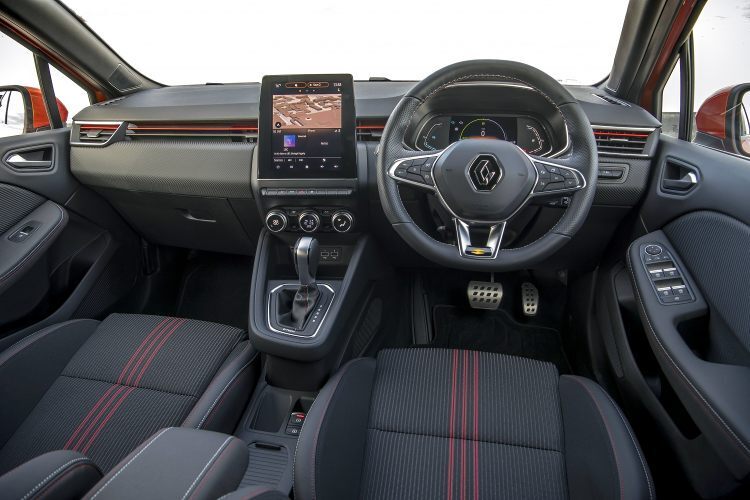 Although the exterior styling isn’t a huge, dramatic leap away from the old Clio Mk4 (2012-2019), the Renault still has a chic, stylish appearance – just like all of its predecessors. And then you step inside the car, to be greeted by a cabin which might not be the epitome of design flair – it’s all very dark and prosaic within – but it proves to be a cabin which feels as well put-together as anything else in this class. The quality and texture of most of the materials employed in the Clio’s passenger compartment is truly first-rate for this size of vehicle. 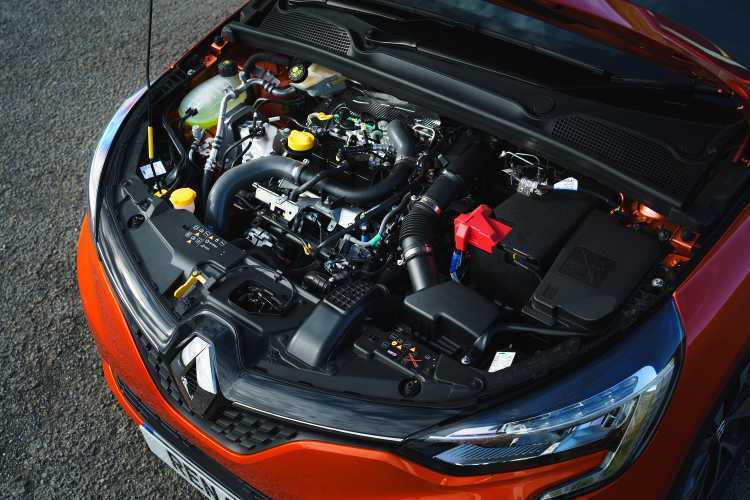 There’s not much drivetrain choice – and no diesels whatsoever. Renault did launch the Clio Mk5 with a turbodiesel unit at first, as well as a slightly wider array of petrol engines, but by 2022 you’ve got a simple 50:50 decision to make: do you want a petrol or hybrid car?

If you're looking for a Renault but want to go with a pure EV, take a look at our Zoe leasing deals. You can see how the Clio matches up against the Zoe in our dedicated article. 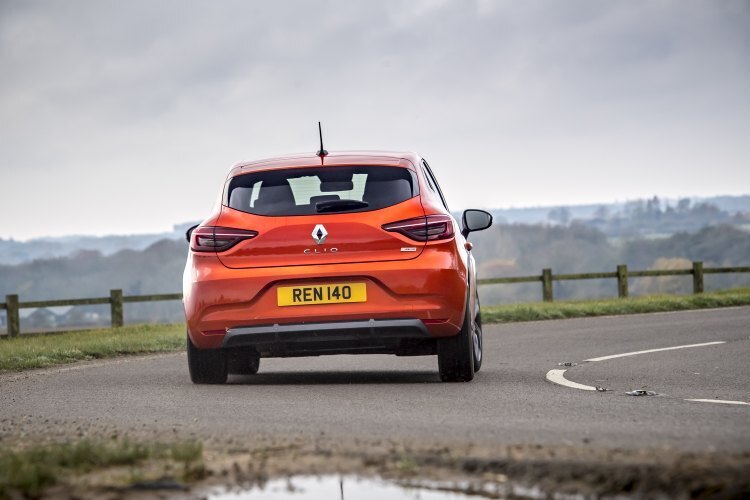 Go into the Renault Clio Mk5 driving experience expecting some of this company’s legendary chassis flair and sportiness, and you might be disappointed. However, approach the fifth-gen Clio differently, and you realise it’s an incredibly refined and grown-up vehicle. This makes it as supreme at city driving as it is at cruising along a motorway at 70mph. Few rivals, save for possibly the Volkswagen Polo, feel as accomplished as the Clio does in this regard.

In terms of the handling, the Renault is by no means bad. The steering’s a bit light and lacking feel, although it is direct and body control is well contained. It’s just that, considering some of the Clio models which have been seen in the past, and given the F1 connection of the E-Tech Hybrid model (more on that in a sec), it’s a shame the latest version gives the impression that it is largely inert in the corners. There’s not much joy to had by driving the Renault any faster or harder than you’d need to in order to keep up with regular traffic flow. And that, we think, is a shame, particularly from this concern.

One slight issue also relates to the E-Tech Hybrid. It has a technically clever ‘dog’ clutchless automated manual gearbox, that is related to the transmissions found in Formula 1. And it works OK with the hybrid model’s unusual petrol-electric powertrain, although there are times the 6-speed ‘box feels clunky and slow-witted. Also, when the 1.6-litre engine has to rev out, it sounds coarse and noisy. Again, both the 4-cylinder’s lack of mechanical refinement and the occasional hiccup from the ‘dog gearbox will rarely present themselves if you’re a careful driver, but it’s a pity they are present at all, really. 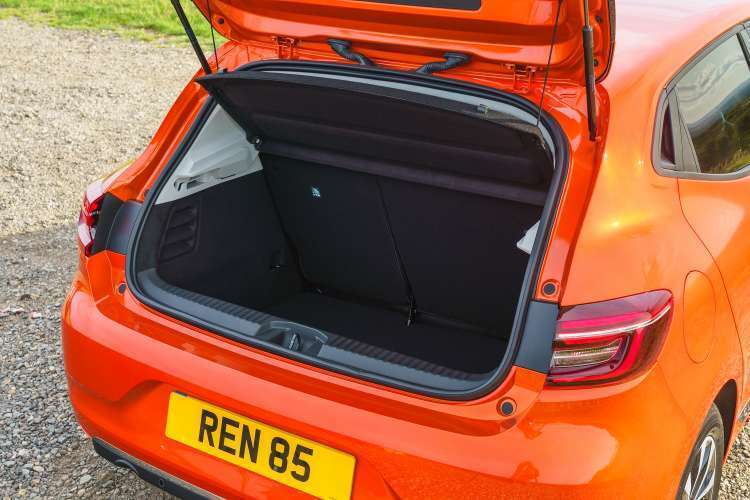 For a car which is only 50mm longer than 4 metres from nose to tail, the Renault Clio is a triumph of packaging. The interior space for passengers is impressive, while interior storage compartments are fine enough – albeit, like so many right-hand-drive French cars, the glovebox is rendered hopeless by the inclusion of a massive fusebox within.

No, it’s at the back where the main practicality benefit comes to the fore. Opt for the Clio E-Tech Hybrid and you get 301 litres of boot space, which is about average for this class of car these days. But junk the electrical magubbins, which resides beneath the Clio’s boot floor, and go for the TCe 90, and then the cargo capacity increases to 391 litres, which is more than you get in the Volkswagen Golf Mk8 (381 litres) – that’s a car from the sector above the Renault’s place in the market, remember. Fold down the Clio’s back seats and the total load volume rises to a helpful 1069 litres. 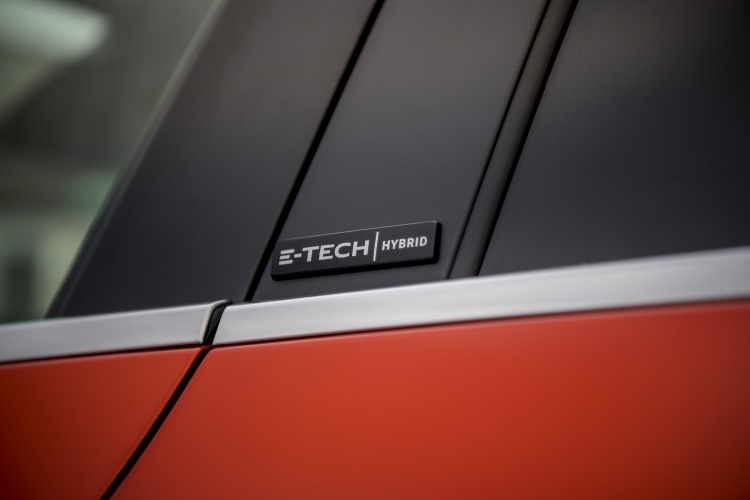 Dealing with running costs first, the obvious champ is the E-Tech Hybrid. Officially, it puts out just 96-97g/km of CO2, making it highly tax-efficient, and it’ll only consume petrol at a rate of between 62.8- and 64.2mpg, depending on specification. Realistically, you’ll get more like 50mpg from it all the time, bearing in mind that the E-Tech is only designed to drive on its electric power for very short distances at a time and, even then, only at lower speeds. But those numbers are still decent returns from a petrol supermini.

The TCe 90 is not going to break the bank for you, however, coming in at 119-120g/km for CO2 and with fuel economy hovering around 54mpg on the WLTP combined cycle. The Clio is therefore competitive in its market segment when it comes to ongoing expenditure.

Techno models upgrade the alloys to a set of 17s, while owners will also enjoy electric windows all round (they’re only in the front on the Evolution cars), Multisense ambient lighting and drive modes, automatic wipers, front parking sensors and a reversing camera, and front LED foglamps.

R.S. Line is the sporty-looking one, even though there’s no Clio R.S. hot hatch to inspire its aesthetic any longer. Anyway, this has R.S. Line-specific 17-inch alloys, more aggressive exterior styling, extra interior finishing and design flourishes, a larger 9.3-inch infotainment system and 10-inch TFT instrument cluster, leather for the steering wheel, gearlever and handbrake (perforated in the case of the wheel) with grey-and-red stitching, and a racy red border to the seatbelts, among more. 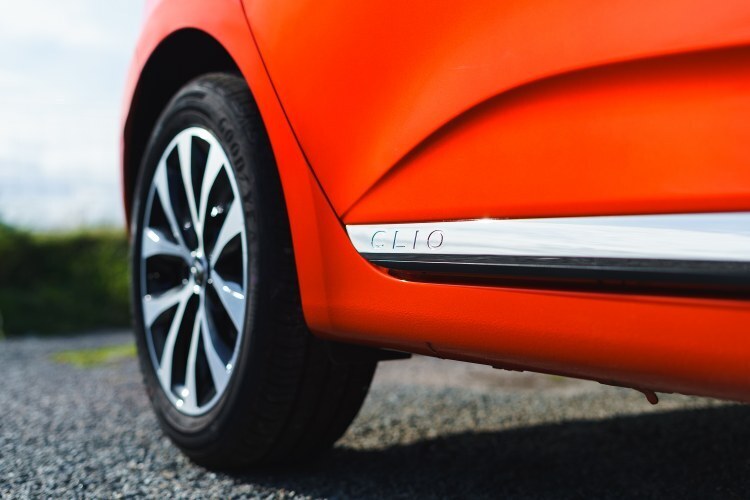 The Clio has, for all its 5 generations, been sold as such all over the world… except in Japan, where it is known as the Renault Lutecia. The reason for that is a slight snafu with resident manufacturer Honda, which had a sales channel in its homeland called ‘Clio’, so Renault had to change the car’s name to Lutecia, which is the name of a Roman city that was the forerunner to Paris. Bit of history for you, there.

Sharper to drive and possibly more interesting to look at, with a hot ST model as a range-topper.

The practical VW Group offering is not flashy, but very likeable in its latest Mk4 variant.

Massively, massively improved in its current generation, the Yaris Hybrid has the Clio’s measure.

"A more modern and refined Clio than it's forerunners, with a quality cabin that edges beyond others in this class."

3 Things To Remember About The Renault Clio Mk5:

More On The Clio

Renault Clio Colour Guide
Here’s a detailed look at the paint palette available on the Renault Clio 5-seater supermini, which we hope will help you choose your perfect new car colour.Read Guide
Renault Clio v Renault Zoe
It’s a French face-off as the Renaults Clio and Zoe go tête-à-tête to see if petrol or electric is the right choice for you.Read More
How Does Car Leasing Work?
Learn more about the simple steps to leasing your dream car with fixed monthly rentals.How Does Car Leasing Work?