Suzuki and MG are two manufacturers that very much reflect the current appetite for crossover SUVs. Not too long ago, MG was a bastion of the affordable British sports car, and Suzuki was known for making mostly small, cost-effective runabouts. But today they sell 5 sizable crossover SUVs between them. The 2 we’re putting together today are the most popular from each brand: the Suzuki Vitara and the MG ZS. They both do basically the same thing, offering plenty of space and equipment for a very reasonable price, albeit they feel distinct in doing so. Let’s unpack this, then. 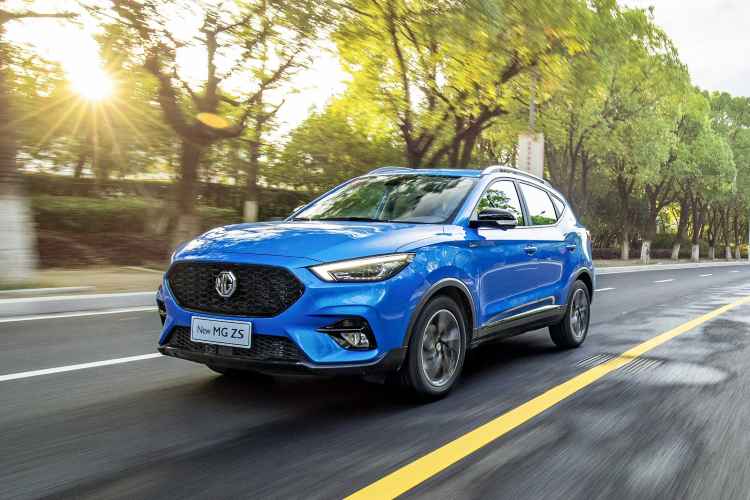 The MG ZS is. With a starting price of around £17,000 it way undercuts the £24,000 opening figure that Suzuki puts on a Vitara. In leasing terms that of course means the Suzuki will cost more per month, but actually the gulf isn’t as wide as you might think. The fact is though, if your main priority is keeping your monthly costs as low as possible, the ZS is the one to go for. Having said that, the Vitara offers a couple of things that the ZS just doesn’t.

What Does The Vitara Offer That The ZS Doesn’t? 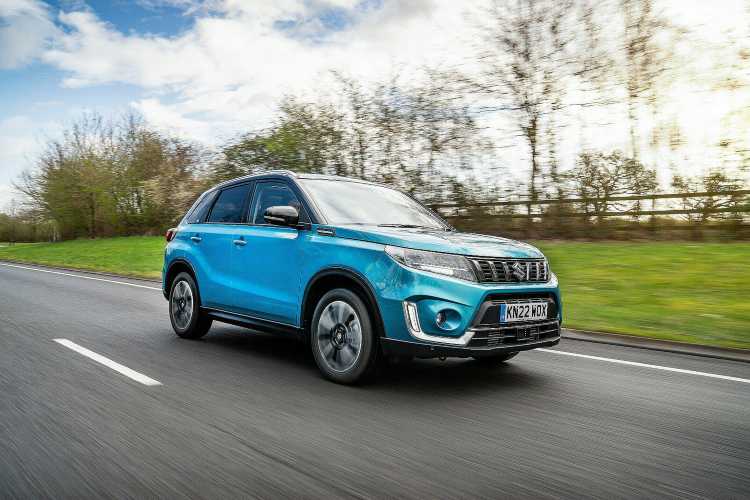 Electrification, firstly. The Vitara comes with a couple of drivetrain choices: a 1.4-litre turbo with mild hybrid tech (which basically means a small electric motor assists the petrol engine to reduce fuel consumption), and a 1.5-litre petrol-electric hybrid, which is the more ‘conventional’ sort whereby the electric motor is powerful enough to drive the wheels for brief periods, without the petrol engine. The MG has 2 engine options, neither of which are electrified, and neither of which can match the Suzuki for claimed fuel consumption.

Secondly, the Vitara can be specified with ‘Allgrip’ 4-wheel drive, whereas the ZS is always front-wheel drive, despite looking like an SUV. Allgrip doesn’t make the Vitara a hardcore off-roader, but it is useful if you live in a place where a little extra traction and off-road ability would be useful. Both the ZS and the Vitara are available with automatic gearboxes, too.

It’s worth noting at this point that there’s a full electric version of the MG ZS which we’re going to overlook here for the sake of fairness and simplicity. If that’s what you’re interested in, click here for a full review of the MG ZS EV. 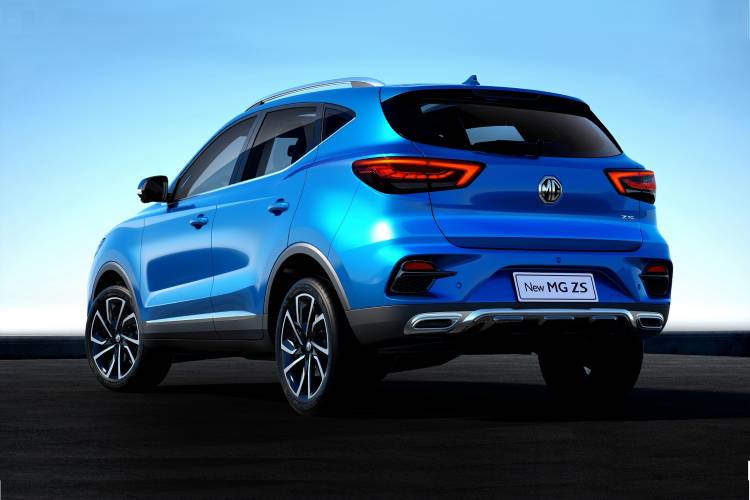 To expand on the engines, the ZS comes with a 1.5-litre petrol engine with 106hp and a 42.7mpg WLTP average consumption rating, as well as a 1.0-litre turbo petrol engine with 111hp and, coincidentally, the same mpg figure. The big difference is the torque between the two. The turbo engine not only has more (140Nm plays 121Nm), but it peaks at 1800rpm as opposed to 4500rpm in the 1.5-litre engine. That makes a huge difference - the 1.0-litre ZS feels far quicker and more flexible in-gear. For that reason, the £1500 premium for the turbo feels worth it.

Ironically, the Vitara’s full hybrid drivetrain is the only real weak spot in what is an otherwise pleasant car. The 33bhp electric motor does allow for very brief zero-emissions driving at town speed and while gently coasting the motorway, but in reality it’s no more efficient than the 1.4 turbo petrol version; 4x4 versions of the 1.4-litre turbo and the 1.5-litre hybrid post 48.3mpg and 48.4mpg respectively. That’s better than a ZS can muster, but only just.

Which Is The Best Equipped? 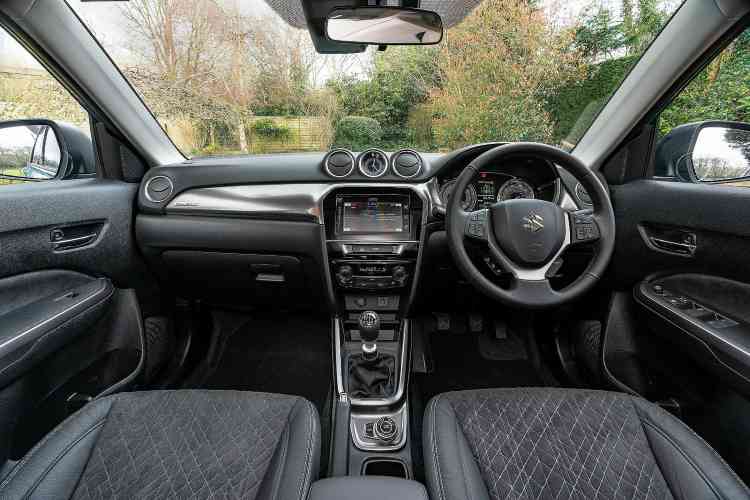 Unsurprisingly you’re looking at 2 remarkably similar cars in base specification terms. Both offer a simple 2-tier trim setup - Excite then Exclusive in the ZS, and SZ-T then SZ5 in the Vitara - and both come with good stuff at the base level. In each you’re looking at a set of 17-inch alloy wheels, air conditioning, a touchscreen infotainment panel, smartphone mirroring with Apple and Android connectivity, heated and electrically adjustable door mirrors and a leather multi-function steering wheel. You’d probably say that the MG pulls away at the upper end of the range though, because a ZS Excite car comes with leather upholstery, a 360 parking camera, a digital instrument panel and heated front seats - none of which the Vitara can offer. Bear in mind that an Excite spec car is priced lower than a basic Vitara SZ-T, and you have to make the MG the clear winner here.

Which Is The Most Practical? 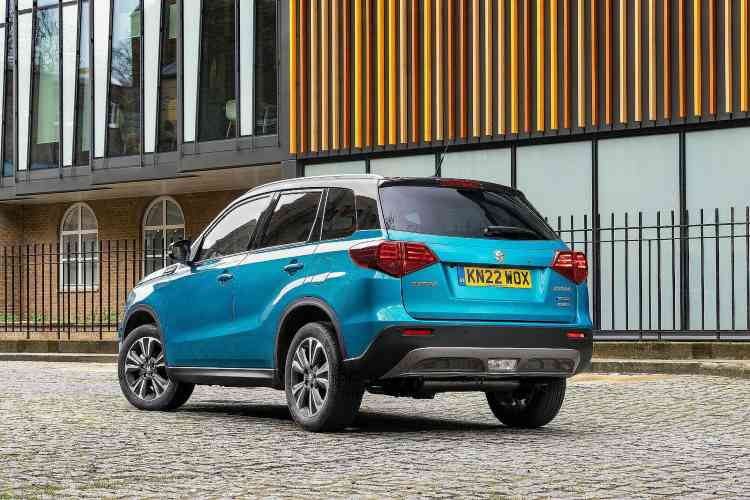 It’s another win for the MG here, which is bigger in every direction and, it follows, has more boot capacity. Granted, we’re not talking huge differences, and the two feel broadly similar in size on the road and will seat 5 adults, but there’s no doubt that the ZS is the more accommodating family car. It’s a little longer between the wheels, which means more rear knee room, and because it’s wider the shoulders of 3 passengers in the back will be pressed together more lightly. In boot volume terms, the Vitara has a 375 litre space, dropping to 289 in the hybrid, which is small for a family crossover; for context, a Volkswagen Golf (a family hatchback) has a 381-litre boot space. On the other hand, the MG ZS has a 448-litre max capacity regardless of engine choice.

In terms of cabin flexibility, both have similar benefits and drawbacks. They both come with a 60/40 split-folding rear bench as standard as well as a twin floor, meaning the base of the boot can be lifted to make loading easier. However, the boots of both are hampered by large suspension covers that make the loading floor itself relatively thin. Up at the front of their cabins there’s nothing especially groundbreaking, although both have usefully large door pockets and voluminous gloveboxes, but the MG wins the battle of the centre consoles. Both feature central storage boxes, but the MG features covered cup holders and slightly more storage beyond the gear lever for your phone or whatever, whereas the Vitara’s squared cup holders are an unusual shape. This might seem trivial, but a sturdy cup holder is a day-to-day essential.

Which One Has The Best Interior? 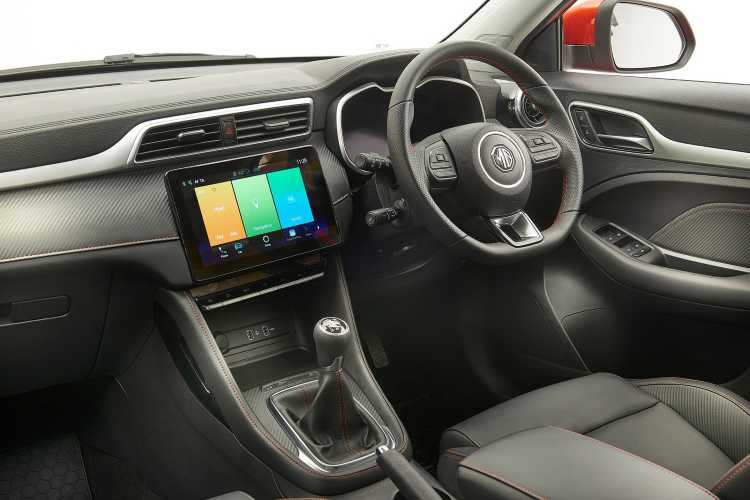 Both of these are crossovers at the ‘good value’ end of the spectrum, so neither will give you the aesthetic fireworks of, say, a Peugeot 3008, nor the sheer sense of class you get from an Audi Q3. However, they’re both very sturdy and pleasant in their own ways - albeit both hampered a little by infotainment systems that just don’t feel as modern or intuitive as the class leading systems. But you’ll get by.

Certainly the Vitara has a more ‘built to a price’ feel, with the only soft touch surface being the elbow pad on top of the centre console box. It’s all very shiny and quite monotone, but some would say that gives it a hardwearing, robust sort of feel, and all the basic ergonomics are admirable. The driving position is highly adjustable and, a few infotainment screen quirks aside, it’s easy to get to grips with the way the cabin works. The controls are all clear.

The MG just feels that bit more comforting. Arguably that’s partly because there’s more than a hint of last-generation Mercedes-Benz in there though, visually. The air vents and the dual-layer dashboard owe much to the 2013 model A-Class. But it does have more soft-touch plastic than the Suzuki, its infotainment software is a little easier to use, and even though the the driver’s seat is set high and the steering wheel doesn’t adjust for reach - the latter a classic cost-cutting measure - most will find it very easy to get comfy.

Which Is Better To Drive? 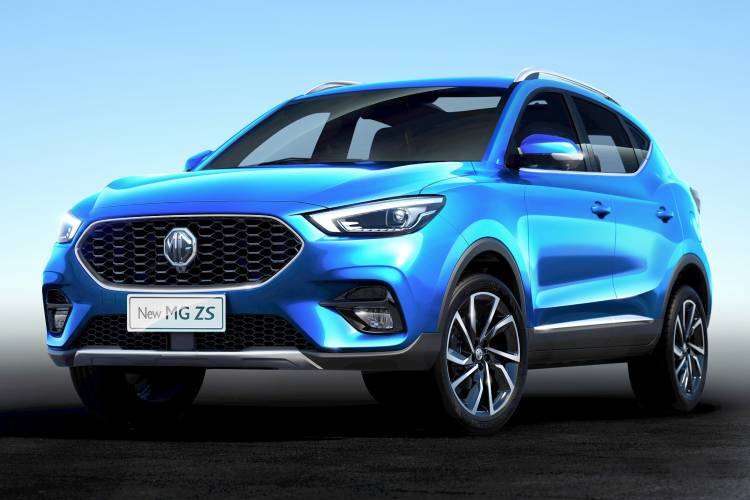 You wouldn’t call either of these especially fun in the truest sense, which is slightly ironic given that both companies have a history of producing engaging little cars. They both have a similar sort of high-riding, ‘detached’ feel to a greater or lesser extent, but that does mean they each do a sound job at the fundamentals of being quiet and comfortable. Which is of course exactly what you’ll want them to do. The ZS is certainly the softer of the 2, but it still feels like MG has tried to imbue it with a bit of character, and while it feels softly sprung beneath you, it also suffers from surprisingly little body roll around the corners. That said, if you assumed the MG would sit in the sportier end of the crossover class - it does exist, see the Ford Puma for details - then you’ll be disappointed. The steering is light and vague, even though it weighs up in the car’s switchable ‘dynamic’ mode, and the 1.5-litre engine feels quite ashtmatic. The 1.0-litre turbo fares better - it needs a little less work to get the car moving - but it’s still never quick or especially fun to wring out. Also, avoid the 6-speed automatic if you do ever want to drive more enthusiastically. It’s not very good at that stuff. It’s smooth enough at low- to mid speed changes with a light throttle, but ask any more of it and it can often seem to be confused about which gear it’s supposed to be in.

Similarly, the Vitara offers a basically well sorted out driving experience, save for some refinement issues with the full hybrid version - again, the automatic gearbox in particular. The hybrid’s auto gearbox is a “clutchless manual” type, which essentially means it’s a manual transmission but with a computer managing the gearchanges for you. The idea is that it  behaves like an automatic (no clutch pedal etc), but it’s lighter and less complicated. Win-win. Sadly, it’s quite a jerky thing, often instigating quite a jolt through the cabin during gear changes. Couple that to a drivetrain with very little power and torque (115hp and 138Nm) and you have something that, yes, will return a solid 45-50mpg, but does so in fairly joyless fashion.

For that reason you’re better off losing a few miles per gallon and going with the ‘mild hybrid’ turbo petrol version (don’t confuse the 2) and a manual gearbox. It’s still not a quick or especially exciting setup, but it’s a lot more pleasant generally. It’s quiet enough at low revs, and more suited to a crossover whose chassis is often described as “car-like” - as in, Suzuki tried to make it feel more like a small hatchback around the corners than a heavy SUV. Relatively successfully too, regardless of whether it’s equipped with 4-wheel drive or not; Suzuki’s Allgrip setup has the engine driving the front wheels most of the time. The Vitara doesn’t ride in quite as cushioned a way as the ZS, but it controls its body better, steers a little more sharply and does just as good a job at keeping wind and road noise at bay. 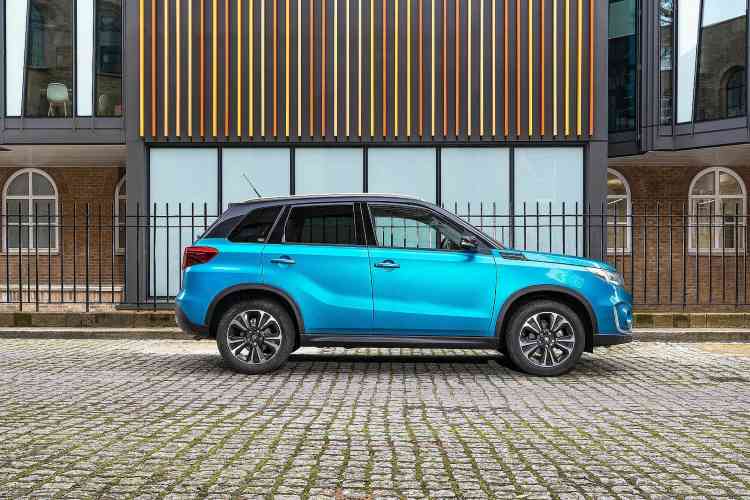 Both of these cars come with reams of safety stuff as standard - albeit without the most modern systems like semi-autonomous driving assistants - but they do have multiple airbags front and rear, as well as systems like lane departure warning, blind spot alert and speed sign recognition. The Vitara was given a 5-star rating from Euro NCAP back in 2015 and performed very well, and although its rating has officially expired, you can still be assured it’s a very safe car. The MG ZS, meanwhile, has a 3-star rating, which doesn’t look as good on the surface but it was awarded using a more stringent test.