The Most Exciting New Electric Cars In 2022

But with the 2030 ban on the sale of new internal-combustion vehicles looming, the amount of electric-car content we’re going to be seeing in the UK’s showrooms and on its roads is only going to increase from this point on. In other words, the electric-car revolution is already well underway.

Here, we look forward to 10 of the most eagerly anticipated EVs due to land in 2022, as well as making honourable mentions of plenty more fresh zero-emission metal heading your way before 2023 arrives. 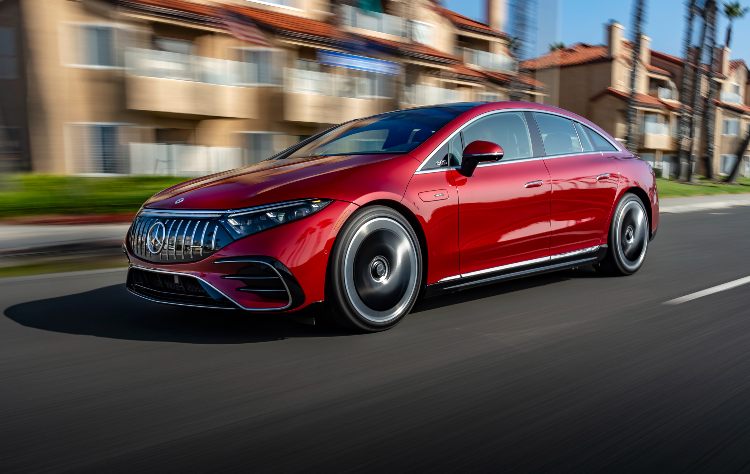 The Mercedes EQS is already with us, but an AMG flagship is an appealing development in the model’s short history. The EQS 53 packs the same huge 107.8kWh battery pack as other models, which means it can do up to 358 miles on a single charge, but with a whopping 761hp available to it (if specified with the Night Package) then the performance is suitably blistering: 0-62mph takes as little as 3.4 seconds, which is a frightening number considering the EQS’ almighty size and bulk. 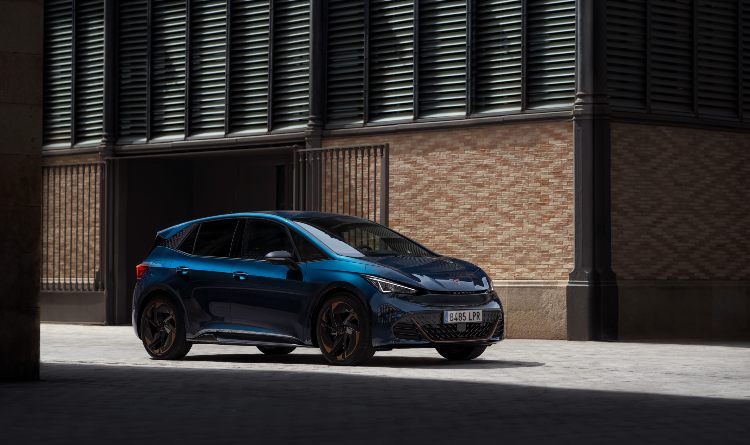 What you’re looking at here is the sexier, spicier, Spanish version of a Volkswagen ID.3. The Born will arrive early this year and will ultimately offer 3 battery pack sizes (45-, 58- and 77kWh), allowing for a driving range of up to 335 miles. Initially, just the 58kWh model with 204hp will be on sale, but a 231hp variant has already been confirmed – and we wouldn’t be surprised if Cupra, a performance marque lest we forget, hasn’t already got plans for an even-hotter Born in the future, with around 300hp. Here’s hoping. 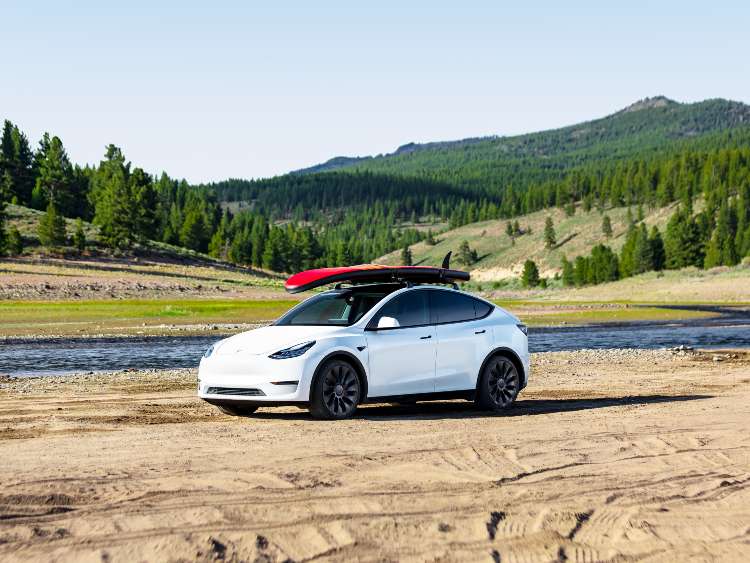 What list of exciting, upcoming electric metal would be complete without a Tesla? The 4th product in the American upstart’s portfolio, the Model Y is basically a higher-riding Model 3 and a smaller SUV counterpart to the dramatic Falcon-Wing-doored Model X. As usual from Tesla, the company is being coy on the exact specifics but it is expected the Model Y will use a circa-82kWh battery pack, with 75kWh usable, allowing for a range of up to 331 miles on the Long Range version. A Performance variant ought to have the same 462hp output as the Model 3 Performance and should be capable of a mid-3s 0-62mph time. 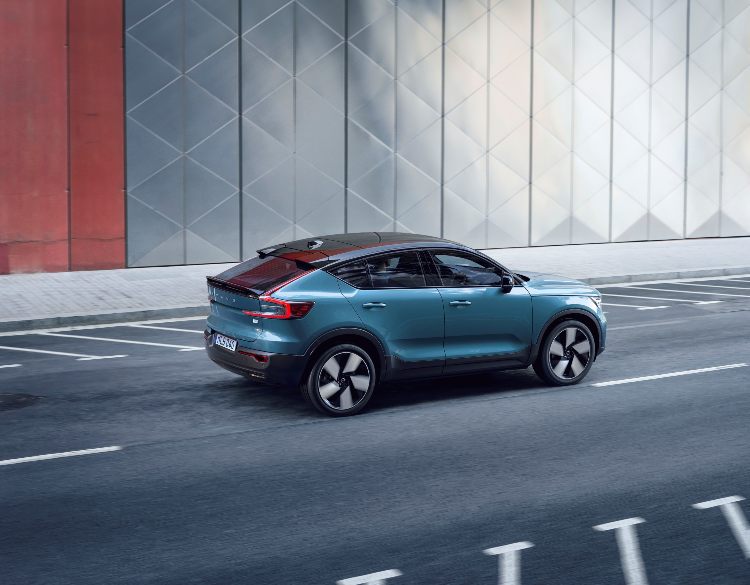 Glorious Scandi style is promised by Volvo’s latest electric vehicle, the C40. It’s kind of a coupe-crossover thing, but the company has avoided calling this an XC40 Coupe and so you should consider it a plain old car more than anything. Under the swoopy bodywork is a twin-motor all-wheel-drive set-up, powered by a 78kWh lithium-ion battery – these are the specs of both the top-dog Polestar 2 and the XC40 P8 Recharge that are both already on sale, in case you’re wondering. That arrangement gives the C40 an impressive output peak of 408hp, although a 261-mile range is slightly less jaw-dropping – however, Volvo says over-the-air software updates available to owners throughout the C40’s life will increase its driving range. Excellent. 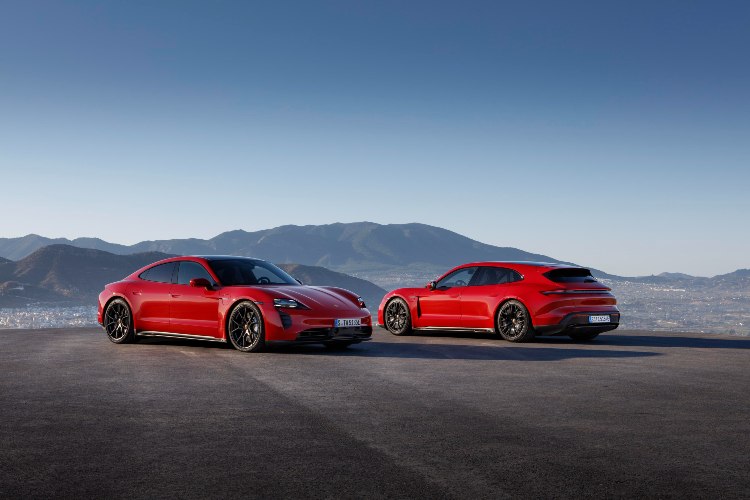 The Taycan is kind of the halo EV for the world at the moment, as nobody really does it better than Porsche. And, having already enjoyed the extensive Saloon range and also the magnificent off-road lifestyle wagon known as the Cross Turismo, 2022 brings us 2 wonderful new Taycan developments: a GTS model, and also the 3rd body style in the form of the Sport Turismo. Given that, in Porsche’s regular sports car ranges, the GTS is usually the sweet spot of the line-up, its arrival in the Taycan family is most welcome – especially as it brings with it the most official driving range yet, of up to 313 miles. The Sport Turismo, meanwhile, just looks glorious, and is available not only in GTS trim but in another 4 powertrain choices, culminating in the outrageous 761hp Turbo S Sport Turismo. 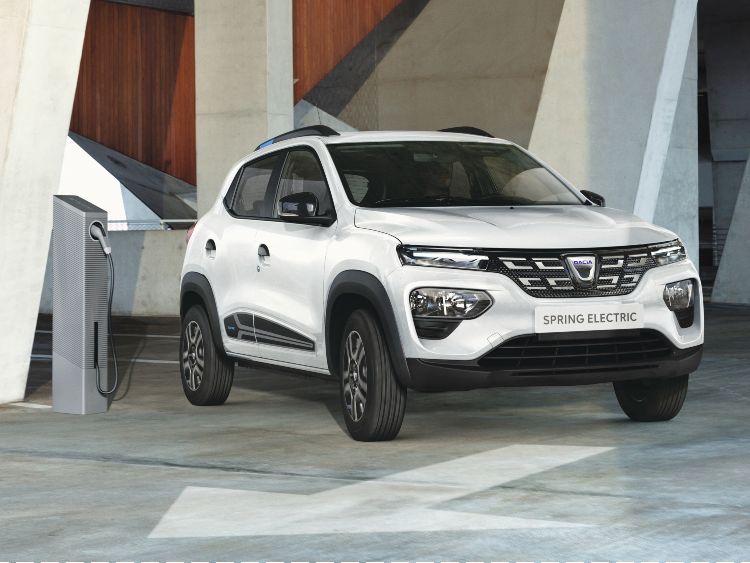 Nope, we’ve not done some typos in the details above – this is a very modest EV from the Romanian outfit. But Dacia is known for its incredible value-for-money and the Spring, if it is confirmed for the UK (it isn’t 100% sure it is coming here… yet), will likely be the cheapest EV on the market by some distance, with an estimated price tag of just £10,000. For that, there are some compromises – a poor 1-star Euro NCAP safety rating being the most alarming of them. You also get a mere 33kW electric motor (that’s 45 raging horses, BTW) and a 26.8kWh battery, allowing for a WLTP 140-mile range. Nevertheless, drive the Spring exclusively in the city and not only should you feel a bit safer in it, but it’ll go up to 183 miles between charges if used gently. Zero-emission motoring has never been this affordable and attainable.

We’ve only got design sketches of this one at the moment, but the regular Enyaq is one of the finest EVs out there right now. The Skoda is a brilliant family SUV that has a decent driving range, acres of interior space and a quality feel to the way it drives. A more rakish roofline is hardly going to dent its appeal and, while we don’t at this stage know the exact specifics of the technical make-up, it’s very likely it will use the same 62- and 82kWh battery packs as the regular Enyaq, with up to 265hp and a maximum range of 331 miles. Not enough for you?

After the Coupe arrives in Q2, Skoda is readying an Enyaq vRS performance model, which should be available in both body styles. It will use the 82kWh battery and could have as much as 306hp, which would make it pretty lively. 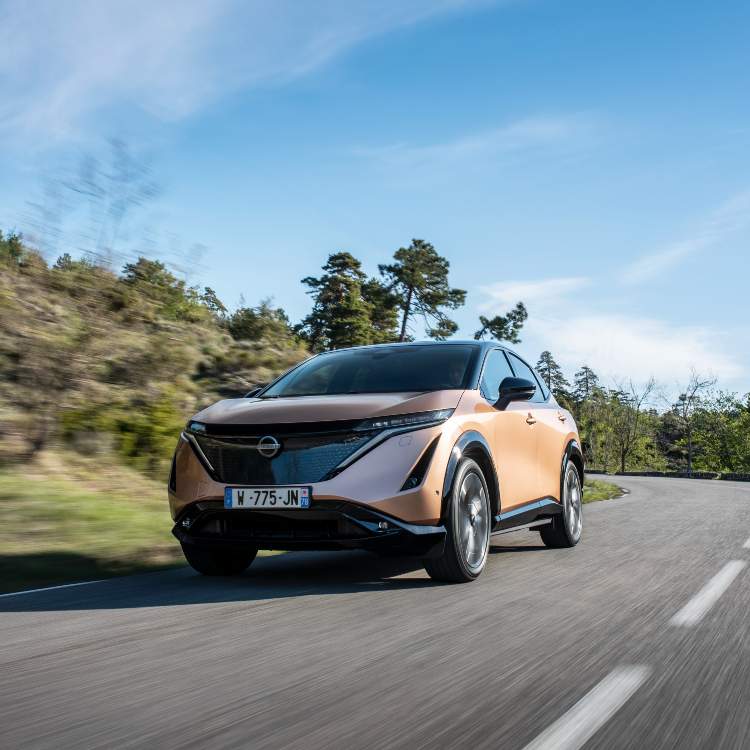 You can consider this one an electric alternative to the all-conquering Nissan Qashqai. The Ariya is going to offer EV buyers plenty of options when it appears in the later half of 2022, with 2 battery pack sizes (63- or 87kWh), the choice between front- or all-wheel drive (the latter bafflingly called ‘E-4orce’ by Nissan, officially), and power outputs ranging from a modest 217hp all the way up to a stonking 394hp in the Ariya E-4orce 87kWh Performance (try typing THAT one correctly over and over again). That model will do 0-62mph in 5.1 seconds, making it the fastest production Nissan this side of an R35 GT-R, but for maximum range you want the front-wheel-drive 87kWh Ariya with 242hp, which will go up to 310 miles on a single charge of its battery. 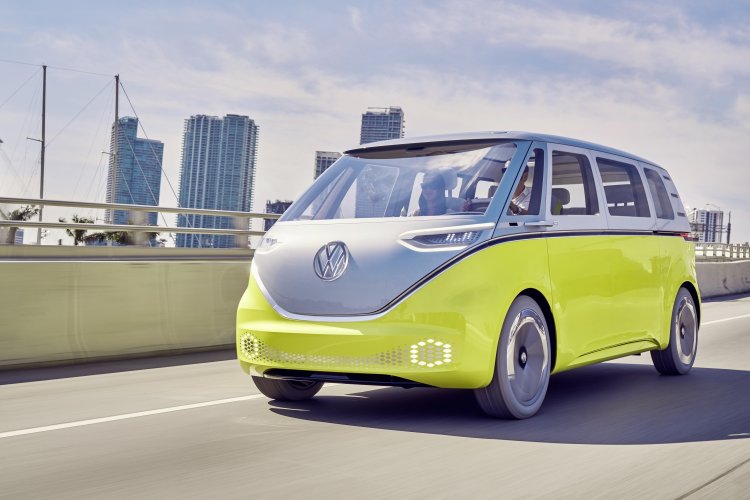 EVs do not get any cooler nor more desirable than the Volkswagen ID.Buzz. This is a modern, zero-emission interpretation of the classic old ‘Type 2’ camper vans of the 1960s, and it’s not to be confused with the similar-looking Multivan – as that’s basically the latest Transporter commercial vehicle, powered by internal-combustion engines. The ID.Buzz, however, will be offered in a variety of formats, including a camper van (natch), but exact specs aren’t known as of yet. The concept models have had either a rear-wheel-drive, 268hp, 83kWh battery powertrain with a range of around 270 miles, or an outlandish all-wheel-drive, 369hp, 111kWh battery set-up capable of 373 miles on a charge. It is likely this latter arrangement would be detuned for production, probably to the 299hp seen in VW’s high-performance ID.4 and ID.5 GTX models. 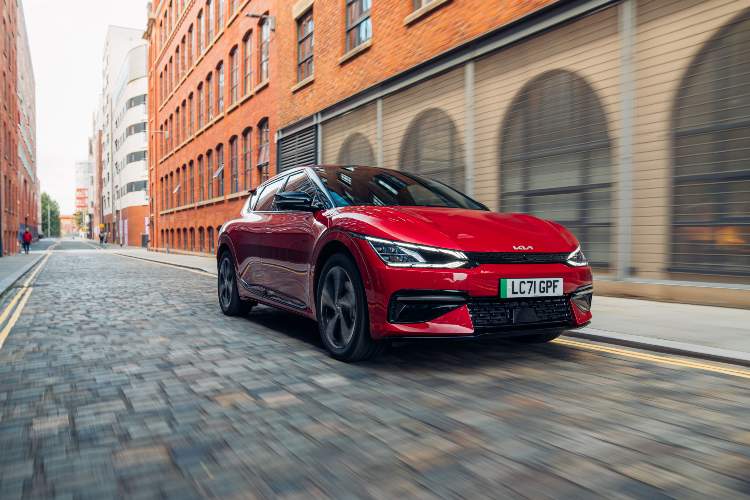 The Kia EV6 is scooping plaudits left, right and centre at the moment for its sheer, all-round EV brilliance, but how do you fancy a version of it with as much horsepower as a twin-turbocharged Mercedes-AMG V8 G-Wagen and the ability to dispatch 0-62mph in just 3.5 seconds? Well, you’re in luck. At the end of 2022, a Neon Green-tinged EV6 will appear known as the GT. It will have a monstrous 585hp output from its twin electric motors and the 77.4kWh lithium-ion battery pack should see it go more than 250 miles on a charge.

Wish Hyundai would do the same with the related Ioniq 5? Even better news: it is expected this near-600hp powertrain will be dropped into Hyundai’s retro-styled EV, resulting in a searing Ioniq 5N model that should also drop before we’re celebrating Christmas and looking forward to 2023.

Honourable Mentions For Other 2022 EVs

Thinking of going electric? Take a look at our electric guides for everything you need to know, and don’t forget to check out our latest EV deals.

More On Cars
12 Cars of 2021
Here's our round-up of the 12 best cars of 2021!Read More
The Top 10 Selling Cars Of 2021
Which car claimed the top spot in 2021? We find out the top 10 most-registered new cars from last year.Read More
Best Cars For Under £150 A Month
Here’s our selection of the top cars for under £150 per month, so you can drive a brand-new car for less cash. Read More
Best 7 Seater Cars For Families
Top 7 Seater for large families and all their needs...Read More
This website stores cookies on your computer. These cookies will allow us to remember you and your preferences.
We use this information to improve your browsing experience.
To find out more, please read our
cookie policy.