Why Lease the MINI Countryman? 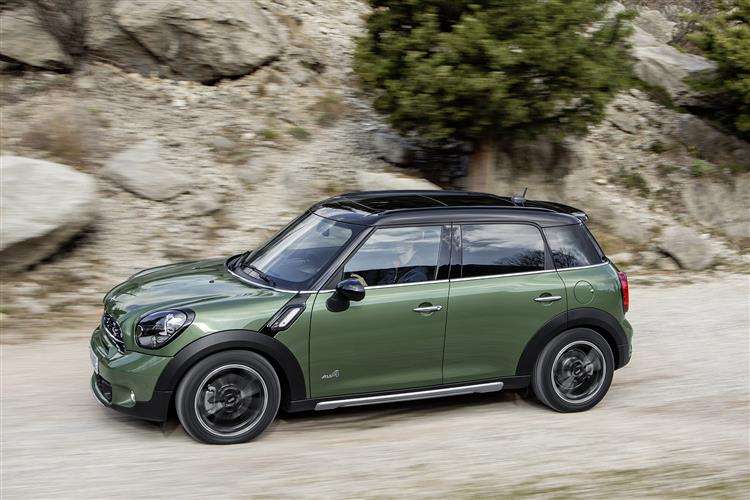 If you're looking for iconic Mini design in a useful crossover shape, you'll like what you find in the Mini Countryman. The compact luxury crossover SUV was the first vehicle of its kind to be launched by Mini back in 2010. The second-generation vehicle came out in 2017 & the car is getting a refresh for 2020. The Countryman shares its architecture with the BMW X1, & that's reflected in its refined road manners & useful back seats.

Unlike the 2-door hatchback from which it’s derived spiritually, the Countryman offers ample space for people & things, comfortably hauling 4 adults & a decent amount of cargo in its boxy body. If you’re after something stylish yet practical for your family with plenty of space in the boot, the Countryman is a good choice for you.

The tall-riding 5-door Countryman is part family hatchback & part crossover. With its recent updates, the design is more coherent, the interior now feels befitting of its premium price & there’s genuine space for 5 inside. But the Countryman isn't cheap, slotting somewhere between mainstream crossovers & luxury models from BMW & Audi. Its closest rival is the BMW X1 but as for other manufacturers, it’d be closest to the Audi Q2 or Volkswagen T-Roc.

“The biggest Mini in the range, built for families who live for adventure. Designed with families in mind there's enough room to seat 5 adults comfortably & plenty of boot space. The optional ALL4 all-wheel-drive system calculates the optimal torque for each wheel, helping you power your way out of tough situations.