Due to high demand, our services may be a little slower than normal - apologies for any inconvenience. The good news is that you can build your own quote online on our vehicle pages & we've extended our opening hours to 9pm.

Why Lease the Toyota Yaris? 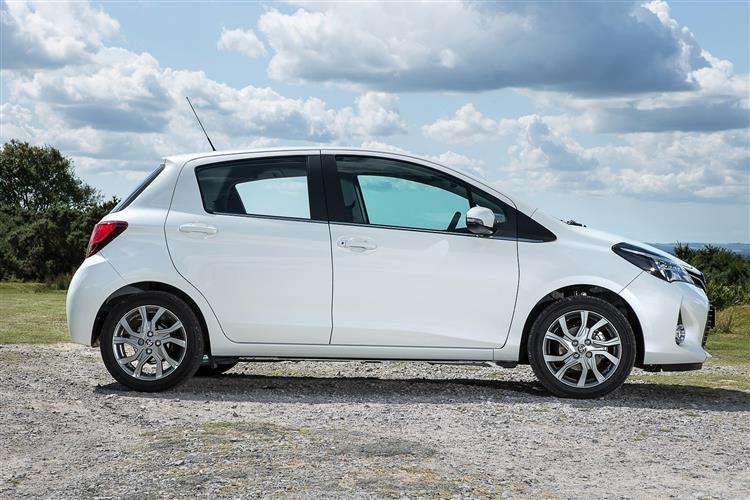 The Toyota Yaris had a tough act to follow in 1999 as the successor to the highly regarded Starlet supermini, so the model was modern in appearance and its application of the latest technologies. Developed for a global audience, the Yaris caused a stir, thanks to its cute looks, spacious cabin and eye-catching interior. A less exciting replacement followed in 2005, but sales peaked again in 2007. Now in its fourth generation for 2020, not too much has when it comes to the Yaris’ mission. It still offers a lot more than you might expect from a budget-priced car and boasts the kind of exceptional fuel economy that can save you money in the long haul.

The Yaris is available in hatchback and sedan body styles and despite previous sales of more than four million units, this could be the first Yaris that ends up on many supermini buyers’ shortlists because, of course, it’s a hybrid. Before you think we’ve missed the boat, we realise the outgoing Yaris had a hybrid version, but the new model looks set to make a much stronger case for itself through an all-new platform, a fresh look, a state-of-the-art powertrain with a different type of battery, and several class firsts on safety equipment.

The supermini races a closely fought contest, with contenders vying for position at the front of the pack. The car it really has to beat is the Ford Fiesta, which is brilliant but costly. Then there’s the Suzuki Swift and the Mazda 2. Although it’s well equipped and has a hybrid engine option, we can’t help but feel the Yaris doesn’t excel in enough areas to stand out in the tough small car class.