Electric car manufacturers usually offer a 5- to 8-year guarantee on their batteries, with mileage cover of up to 100,000 for the same period. It is correct to say that over their long and punishing lives, the performance of an electric car’s battery pack will slowly degrade - much like the battery on a mobile phone becomes weaker as it ages. But that battery degradation is barely noticeable during the kind of periods that our cars are leased for, which means that battery life really shouldn’t be a concern.

Nearly every electric car on sale today uses lithium-ion batteries – much like you’d find in your phone or rechargeable vacuum cleaner. It’s just that an electric vehicle (EV) has far more battery cells than your phone does.

What Are Electric Car Batteries Made Of? 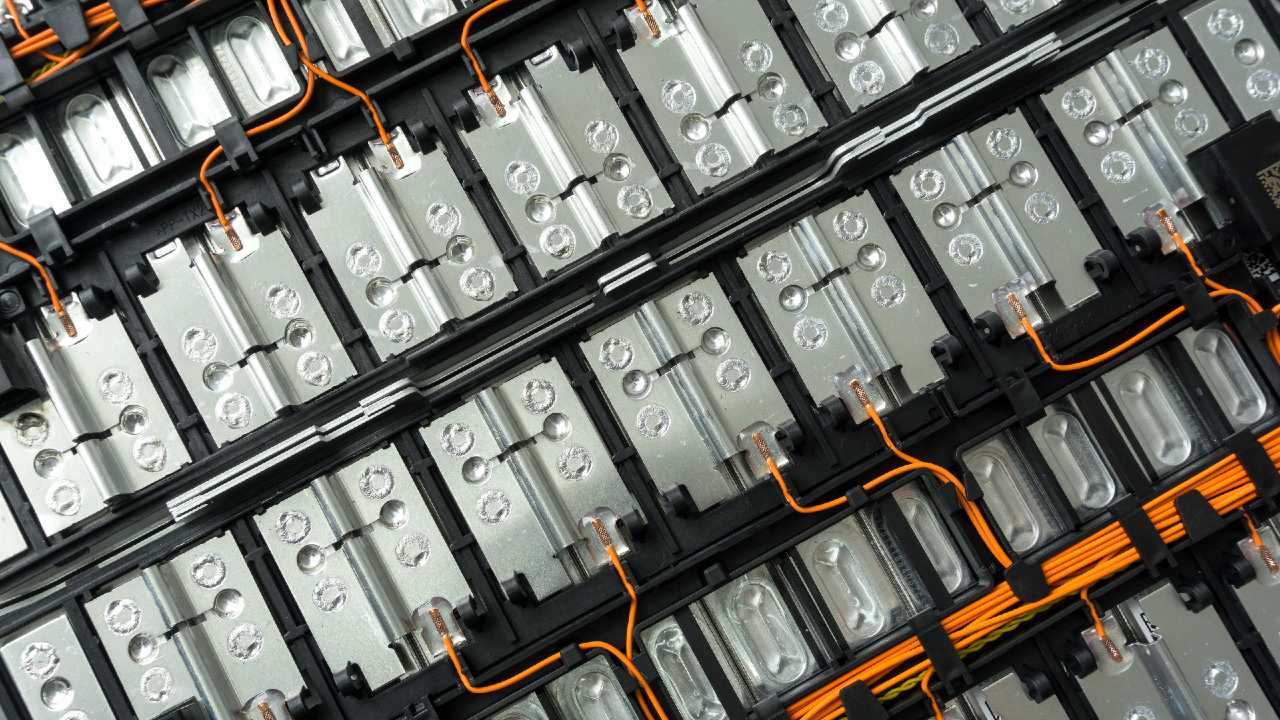 The batteries in an electric car are scaled-up versions of the rechargeable lithium-ion versions found in a smartphone or laptop. Lithium-ion is chosen because it is a good combination of being relatively lightweight, quick to charge, energy-dense and affordable to produce at scale.

The most important elements within a lithium-ion battery are the minerals and metals that are used to make up the cathodes and anodes in the battery cells. These are critical ‘posts’ within each cell that allow the electrical current to flow in and out as required.

So How Is A Battery Put Together?

Each battery cell operates in isolation as the primary provider of electrical charge and energy storage in a rechargeable battery. You’d probably recognise a cell if it was removed from the battery pack. But a single cell simply doesn’t pack enough power to drive an EV along the road, so cells are grouped together into ‘modules’ that allow them to be carefully stacked, to ensure both strength and sufficient cooling.

The full battery pack is then created by connecting multiple modules within an incredibly strong outer case, designed to route a thermal cooling system around the modules and yet still be rigid enough to withstand crash impacts.

The number of cells found in an EV can vary hugely, from hundreds to even thousands of individual cells, depending on the expected range of the vehicle and the designated power output of each cell. But whether you’re going to be driving a Tesla or a Nissan Leaf, the principle of cell-into-module-into-battery-pack is the same.

Like a phone’s battery, an EV’s battery pack can be expected to lose some of its ability to hold a maximum charge over the course of its life. The main reason for that is what is known as the charging cycle.

Too much rapid charging (we’re talking 50kW chargers or above, like you’ll find along the motorway) or too much draining of the battery right down to 0% is not a good thing for lithium ions. They tend to suffer if things get too hot during a charge and their chemistry can be affected, too, if you empty them right down and try to charge them back up to full again.

That’s why carmakers advise that it’s best to keep a battery somewhere between about  20-80% to give it the longest life expectancy you can and to avoid charging to 100% on every charge. That doesn’t mean you can never charge it to full or make journeys when you are near to 0% charge, but the fewer times you can do such things during the EV’s lifespan, the better its battery will perform in the longer term.

It’s worth noting too that slower AC charging - like you’d do at home - doesn’t create as much heat, so filling up to full isn’t so punishing for the batteries in that context.

What Does The Future Hold For EV Battery Tech?

The call for ever-faster charging and ever-greater driving range has led battery makers to explore a range of new technologies for battery development.

Batteries capable of fully charging in 5 minutes (admittedly on very high-powered chargers) have been produced in a factory for the first time. These new lithium-ion batteries, developed by an Israeli company, StoreDot, are unlikely to come to market before 2025, but the developers believe that by then they will be able to offer 100 miles of charge in a handful of minutes using existing charging infrastructure.

Scientists predict that, because of their much higher density, solid-state batteries will be able to hold up to twice the charge of a wet battery. That could, in theory, double the range of EVs to between 400-600 miles on a single charge.

And Remember, Leasing Takes The Stress Out Of Battery Life Worries…

It’s important to note that any new electric car lease will come with a manufacturer’s warranty that is designed to protect you against the worry of things like battery degradation.

Nearly all the cars leased by Vanarama have at least a 7-year and 100,000-mile warranty for the battery and electrical systems. That’s way beyond the length of our car leases. You’ll definitely be handing back the vehicle long before the battery warranty comes to a close.

And even if your car’s battery does begin to experience the very gradual charge loss that all EVs experience over their lives, the likelihood is that it won’t be noticeable before your lease comes to an end, when you can upgrade to a car with even newer technology in the future.

Want to know more? Take a look at our in-depth guides on everything you need to know about charging electric cars and EV charging costs.