If you’re au fait with the Jaguar Land Rover (JLR) product portfolio right now, then you’ll know that this British company has no fewer than 11 SUV lines to choose from, spread across its 3 main marques, these being Jaguar, Land Rover (natch…) and then Range Rover. Indeed, both Land Rover and Range Rover make nothing but SUVs, of course, so here we pit the 2 smallest models offered by each head-to-head, to see which is best.

Which 2 models are we looking at, then? 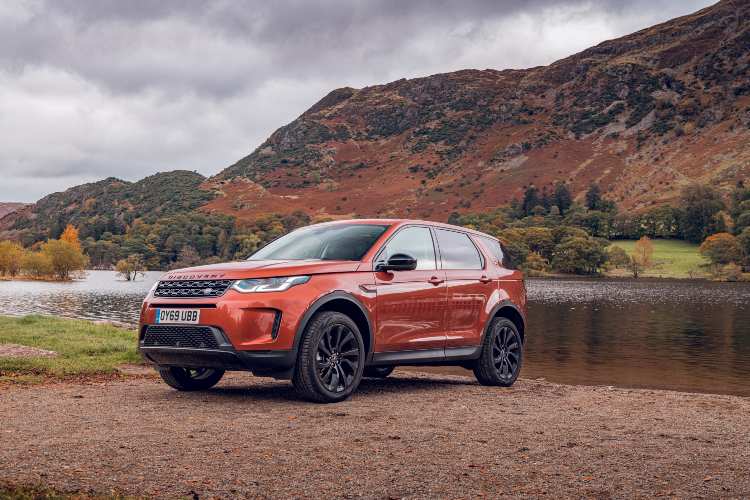 In the red corner, and representing the practical, stoic, off-road-biased sensibleness of the Land Rover line, we have the Discovery Sport. Bizarrely enough, this is one of JLR’s few 7-seat vehicles, despite its placing on the bottom rung of the Land Rover ladder, although even its parent manufacturer itself calls it more of a ‘5+2’. That is to say that the 2 seats in the 3rd row, which when in use take up valuable boot space, are best reserved only for smaller children. No adult is going to thank you for having to sit back there for any great length of time.

The Discovery Sport is currently 2 generations old, the 1st launching in 2014 and replacing the Freelander (which can trace its origins back to 1997), while this present model appeared in 2019. It is a smoothed-off version of the preceding-generation Discovery Sport, with various design features tying it into the larger, and much longer-serving, Discovery model. So there’s a forward-raked C-pillar on the Discovery Sport, for example, while its lights look a lot like its grander Land Rover stablemate. No offset rear number plate on the Disco Sport, though, which is good. 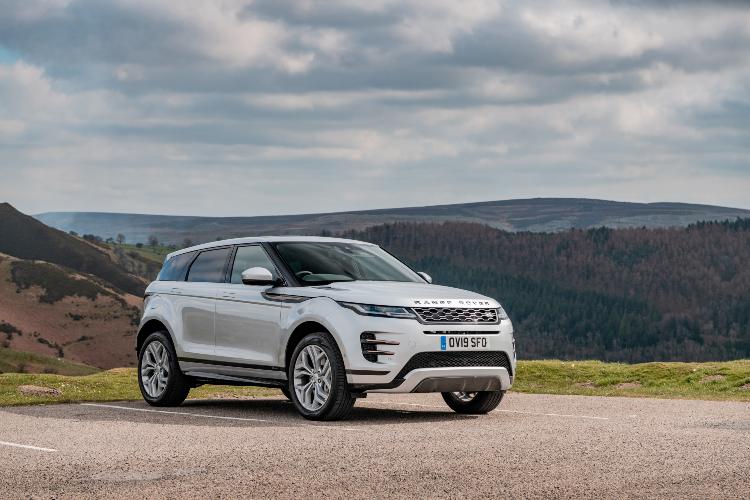 Meanwhile, over in the blue corner, the Range Rover Evoque almost needs no introduction. Since some bright spark at Gaydon, sometime in the late 2000s, went: “Ooh, do you know what’d be a good idea? If we shrunk the big Range Rover right down and sold it at about half the price…”, the Evoque has been little short of a licence to print money. The original went on sale in 2011 and JLR couldn’t build them fast enough to keep up with insatiable demand.

So much so that when the ‘all-new’ 2nd-generation car arrived in 2018, JLR barely changed its looks at all. Sure, it had sleeker headlamps and a full-width light-strip-type-thing going on at the back, but even seasoned car aficionados would struggle to spot a Mk2 Evoque from a Mk1 at a distance of more than 50 yards. Still, you know what they say; ‘if it ain’t broke…’

Right. And do these 2 models share any technology, being from the same outfit?

They share practically everything. As we’ve already said, the Land Rover is the practical, tough, outdoorsy one, while the Range Rover is the luxury, road-oriented model. But there’s obviously some overlap, because you’re unlikely to sit in the Discovery Sport’s cabin and think it somehow down-at-heel in there, while the Evoque is surprisingly capable away from the tarmac if you ask it to venture into the wilderness. Well, it IS a Range Rover, after all.

Beyond that, though, they are essentially the same vehicles underneath. Both use JLR’s Premium Transverse Architecture (PTA) platform, which is shared with the Jaguar E-Pace and designed to accept internal combustion, mild-hybrid and electrified drivetrains alike. Both use the same array of mainly 4-cylinder turbocharged petrol and diesel engines, with both culminating in a range-topping plug-in hybrid (PHEV) version called the P300e. This teams a 1.5-litre 3-cylinder engine to an 80kW electric motor, for a drivetrain peak of 309hp and electric driving range of 38 (Land Rover) or 41 miles (Range Rover).

Yep, they’re very, very similar cars. This is basically a clear-cut case of heart versus head: do you want more style, or more substance?

Before I make that call, can you just outline the engine choices? 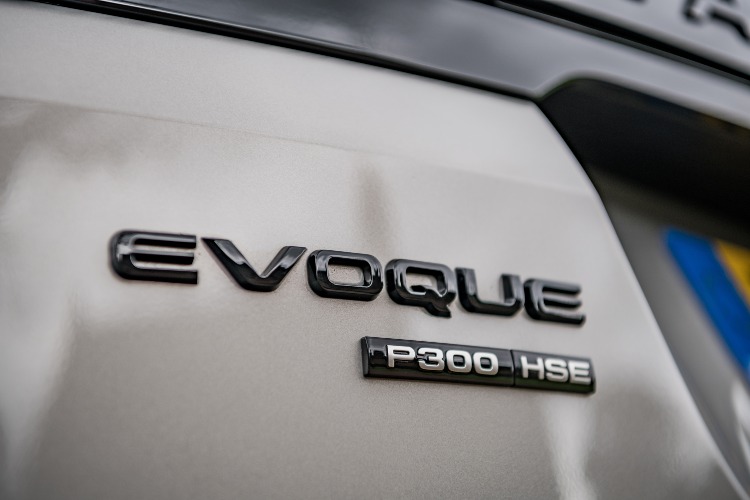 OK, if not using the P300e petrol-electric PHEV set-up, any Discovery Sport or Range Rover Evoque is powered by a 2.0-litre, 4-cylinder turbocharged engine. This can be powered by either petrol or diesel, with JLR’s model nomenclature taking the form of a capital ‘P’ or ‘D’ to determine which type of fuel it uses (we’ll let you fathom out which is which…), then a 3-figure number to denote (roughly) the horsepower.

So both ranges kick off with a D165, a 163hp turbodiesel which can be either front-wheel drive or all-wheel drive. Go for the former and you get a 6-speed manual transmission, whereas the latter is teamed to a 9-speed automatic. The manual, front-wheel-drive D165 is the only model in either the Discovery Sport or Evoque lines which isn’t a mild-hybrid electric vehicle (MHEV), by the way. 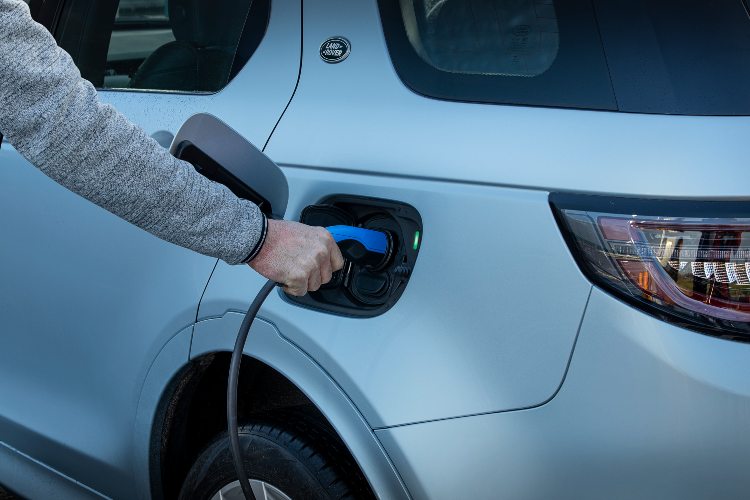 Even the specs are the same. The Discovery Sport is offered in a standard trim, then also Urban Edition, R-Dynamic SE and R-Dynamic HSE grades. The Evoque offers its own standard spec and the last 2 trims of the Disco Sport (but not Urban Edition), as well as S, R-Dynamic S, Autobiography and then HST variants. The final one here is solely reserved for that P300 engine choice.

Cor, they really are similar, aren’t they? How are they to drive? 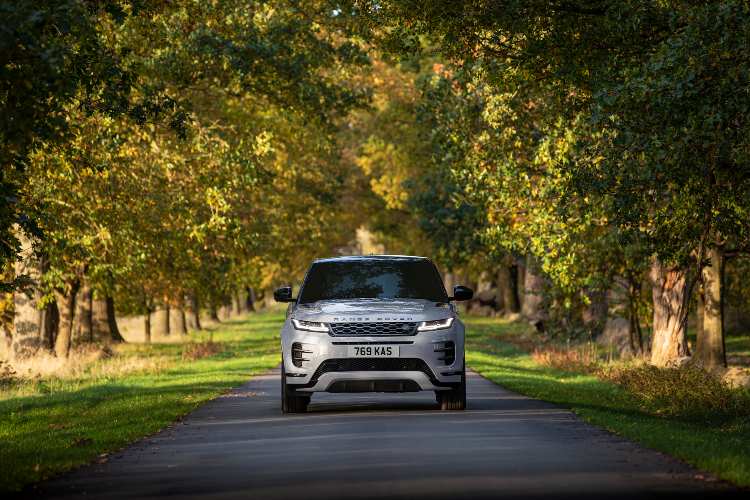 There’s not a lot in it. The Discovery Sport is physically bigger and therefore heavier, so the Evoque is a little more agile and accelerative, and slightly better on fuel as well. However, out on the roads, you’ll be hard-pressed to tell the difference, unless you were driving them back-to-back. 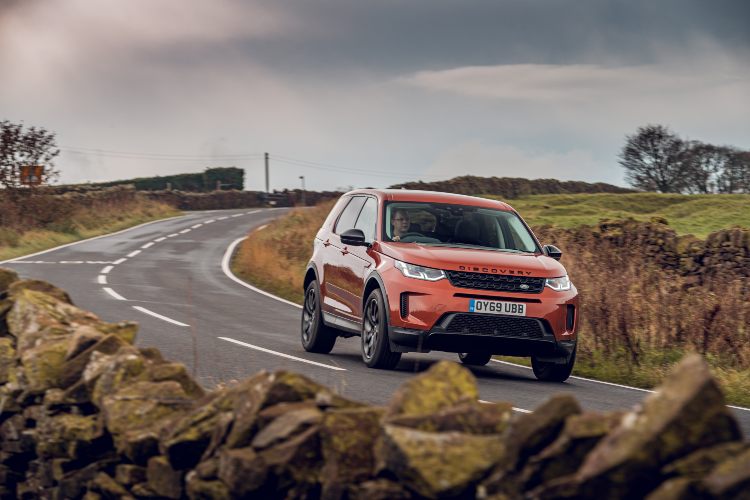 What JLR should be commended for is how sweetly it has made these SUVs drive. Both have excellent ride quality and superb noise suppression, so travelling great distances in them at a stroke is no hardship. They both also have pretty decent steering, although neither the Disco Sport nor the Evoque is going to reset any parameters for sharp-handling SUVs, in the way a Porsche Macan would. Or, weirdly enough, the related (if larger) Jaguar F-Pace, which is genuine fun to throw about.

None of the engine choices struggle to shift the bulk of these 2 JLR family machines, either, with all but the D165 versions well capable of 0-62mph times beneath the 10-second barrier. They’re also pretty cultured units, although the most aurally appealing of the entire bunch is that 3-cylinder engine in the PHEV, which means you need quite a lot of added financial outlay to land it.

You said the Discovery Sport was more off-road-biased. Can you give me more details on that? 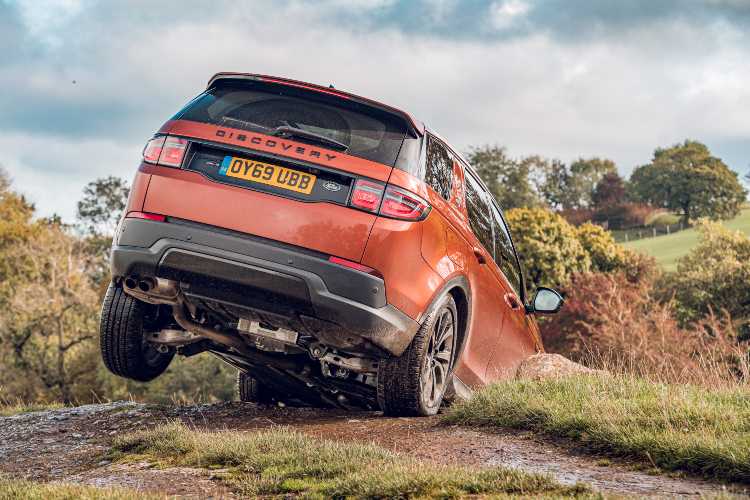 Sure can. Allow us to hit you with a stat attack. The Land Rover is just bigger, in every regard: it is longer by 226mm (4597mm overall), wider by 73mm (2069mm overall), taller by 78mm (1727mm overall) and has a 60mm-stretched wheelbase (2741mm overall) when compared to the Evoque. This does mean it’ll be harder to park in tight urban areas, though, and its turning circle is more sizeable – it takes 11.8 metres kerb-to-kerb and 12.14 metres wall-to-wall in the Discovery Sport, whereas the Range Rover’s comparables are 11.6- and 11.9 metres.

That also leads to a larger boot on the 5+2 Disco Sport, with 840 litres behind 5 of its seats and an ultimate carrying capacity of 1451 litres with all but the front seats folded away. The Range Rover musters up 472 litres with all seats in play and 1156 litres with the back row stashed, deficits of 368 and 295 litres respectively, but bear in mind if you do need to use all 7 of the Land Rover’s seats then its boot drops to a fairly feeble 115 litres. You get more than that in the front boot of a Porsche 911.

Off-road, the Evoque actually has superior breakover (20.7 versus 20.6 degrees) and departure angles (30.6 versus 30.2 degrees) up against the Discovery Sport, with the same 212mm ride height on both models giving useful ground clearance. However, the Land Rover’s much-superior 25-degree approach angle (Range Rover 22.2 degrees) and maximum wading depth (600mm plays 530mm) are what will swing the balance in favour of purchasing, for those that actually ever do take their SUVs away from the tarmac. 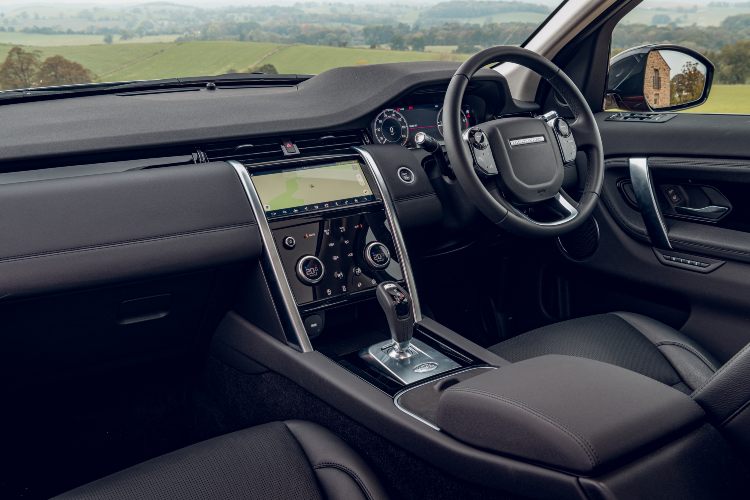 Again, without wishing to sound like a stuck record, like 2 peas from the same pod. There are differences, naturally, as the Range Rover’s door cards have fewer straight-line design swathes on them, while the Land Rover’s centre stack is all of 1 piece – the Evoque, meanwhile, puts its infotainment screen separately in the middle of the dash, with the climate panel sited lower down.

However, the dash architecture is broadly the same, the leather used on the seats is no different and they are both privy to JLR’s excellent Pivi/Pivi Pro infotainment system. They can both also be optioned with the ClearSight rear-view mirror, which switches the internal mirror in the cabin between a piece of reflective glass and a camera view behind the vehicle for greater visibility. It’s a great system, but it can take some getting used to, especially if you glance at the camera feed while you’re in forward motion at higher road speeds.

Which should I choose? 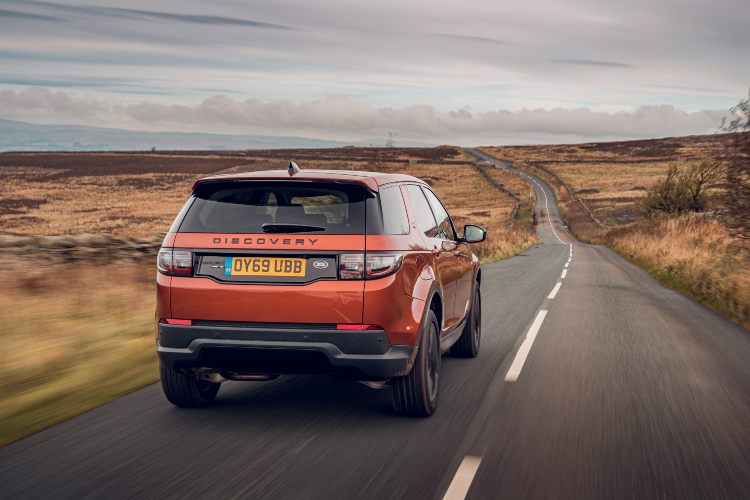 Both are excellent and both are tough competitors in their class, but for us we’d just err on the side of the Discovery Sport. Unless you live in the middle of a congested urban area, the Land Rover is the more versatile vehicle of the 2 SUVs and it’s no more expensive to buy or lease. The Evoque is lovely, undoubtedly, but there are plenty of good 5-seat-only SUVs at this level that you could choose as alternatives. But rivals to the Land Rover for the same money? There are practically none, certainly from the premium manufacturers, apart from the Mercedes GLB. So the Discovery Sport just, and we do mean ‘just’, edges this one as a result.

More On Cars
Skoda Kodiaq vs. Peugeot 5008
Looking for a 7 seater crossover? We put these two to the test...Read More
Renault Clio v Renault Zoe
It’s a French face-off as the Renaults Clio and Zoe go tête-à-tête to see if petrol or electric is the right choice for you.Read More
Volvo XC40 Vs Volvo XC60
Volvo has a range of some of the most desirable premium SUVs going right now - but which is best, the XC40 or XC60?Read More