The 10 Best Alternatives To A Nissan Juke

It could be argued that the Nissan Juke’s big brother, the Qashqai, transformed the automotive industry when it launched in 2008 – as it massively popularised the vehicle type we have now come to know as a ‘crossover’. There’s some argument as to whether the Qashqai was the first crossover or not, of course (both the Toyota RAV4 and Honda CR-V both easily predate it, for starters, seeing as they launched in the 1990s…), but what cannot be in doubt is what the Qashqai and, latterly, the Mk1 Juke (launched in 2010) did for the motoring landscape of Britain. Without these 2, crossovers might not be anything like as utterly widespread as they are now.

A much-improved, 2nd-generation Juke was released into the wild in late 2019 and it has gone on to replicate its predecessor’s showroom success. But what if you don’t like the Nissan’s idiosyncratic styling? Are there any alternatives open to you? Well, in a twist of fate, what the Juke kickstarted has now become a burgeoning B-segment crossover sector full of some seriously talented competition for the Japanese machine (which is built in that far eastern city of Sunderland, by the way), so here are 10 of our favourite alternatives to the Mk2 Nissan Juke. 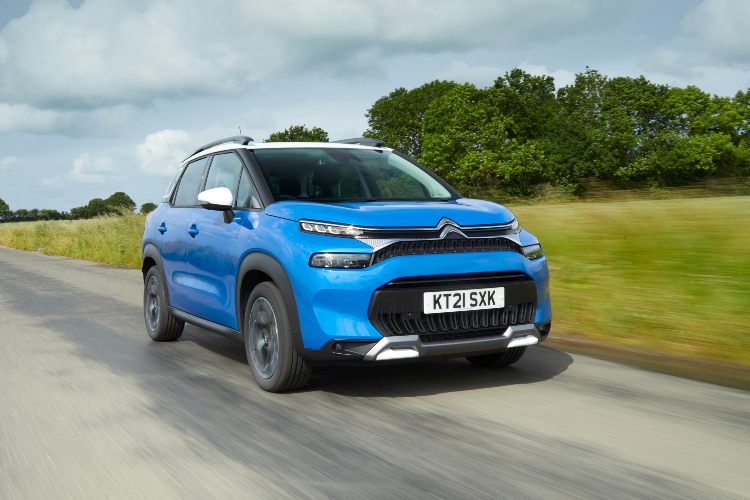 You can’t mistake the Citroen C3 Aircross for anything else in this class, that’s for sure. With its separated lamp clusters, contrast roof, chunky lower body cladding and a riot of busy detailing, this is a crossover designed to stand out and it works. A bonus on top of this is that the C3 Aircross has the comfiest ride quality in the sector, so you won’t only look good but you’ll feel thoroughly relaxed when you’re driving in it. 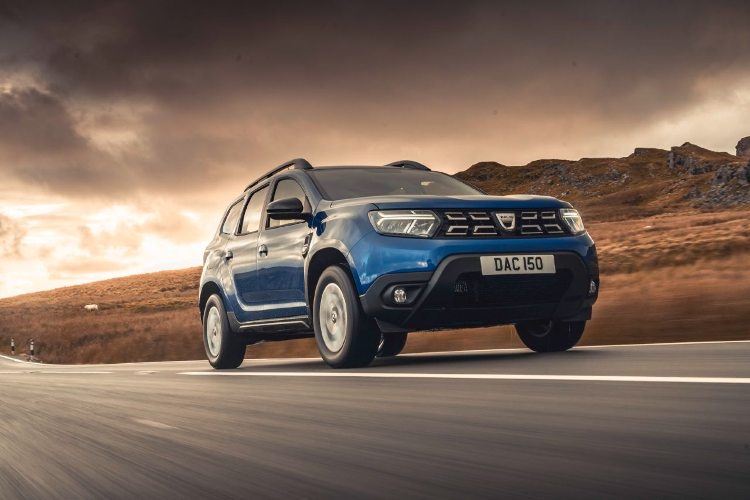 What you’re getting for your money with the Duster is a crossover that feels like it is from the class above a Nissan Juke in terms of interior space and size, yet for leasing costs that appear to be from the class below. Dacia is a simple, no-nonsense company that seeks to offer as much value for minimal financial outlay as it can, so don’t expect the sort of plush interior finishing you’d get on, say, a Peugeot 2008. However, equipment levels on upper models are good and the Duster uses turbocharged engines shared with Renaults, Nissans (yep, including the Juke) and some Mercs – including 130- and 150hp petrols that give surprisingly spry performance. 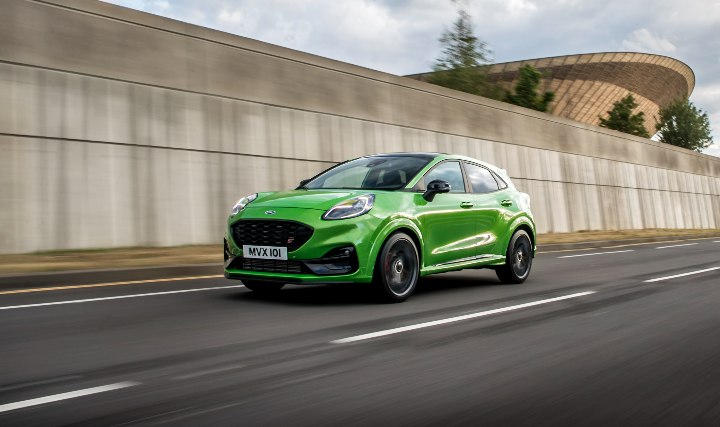 Nothing in this class, not even the SEAT Arona – the previous benchmark – drives as well as the Ford Puma. It’s almost as exciting to drive in its base specification as it is in the range-topping 200hp ST format, which is one of the best-ever crossovers or SUVs of any size and price for handling thrills. But the Puma isn’t just about a feelgood factor at the wheel. It has a high-quality cabin, it looks nice and smart, and naturally it’s practical too – as it includes the brilliant MegaBox in the boot, a rubber-lined underfloor cubby hole measuring 80 litres, which has a drainage plug at the bottom of it. This means you can put muddy boots in there and then hose it out later, without damaging your boot’s carpet, or you can even do weird and wonderful things like filling the MegaBox with crushed ice and keeping bottled drinks cool in there. 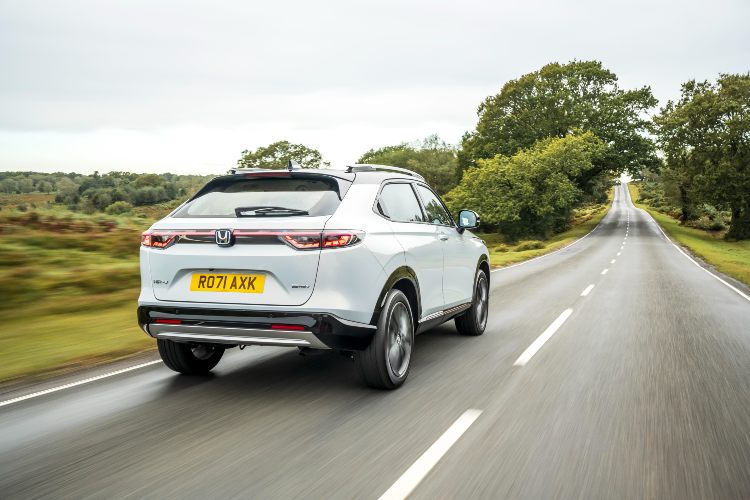 The new Honda HR-V, the 3rd such car to wear the nameplate (although there was a big gap between the Mk1 and Mk2 HR-Vs), looks great on the outside, with a distinctive appearance helped by a full-width rear light array and a sloping tailgate screen too. It’s also powered by Honda’s silky-smooth e:HEV hybrid drivetrain, so it’s easy on your wallet as well, and typically all Hondas tend to be Swiss-clock reliable. However, the HR-V also has the company’s ‘Magic Seats’ in the back, which allow the squabs to tumble forward. This lets you carry taller or bulkier items in the rear of the car, making it as practical a crossover as practical can be. 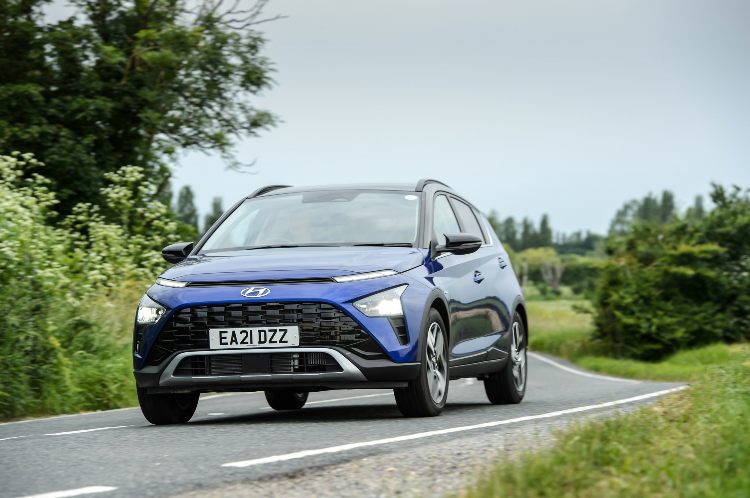 Everyone goes on about Kia’s 7-year warranty but that is actually mileage-limited to a ceiling of 100,000 after 3 years has elapsed. Hyundai’s cover, though, is unlimited mileage for a full 5 years. Better still, the Bayon encapsulates this Korean marque’s recent trend of going from strength to strength in terms of the sheer quality of its products. Having previously put out underwhelming crossovers like the ix20 and ix35, the Bayon has striking exterior looks, a top-notch cabin packed with loads of the latest technology, and a couple of mild-hybrid-enhanced 1.0-litre turbocharged petrol powertrains for cultured driving manners. 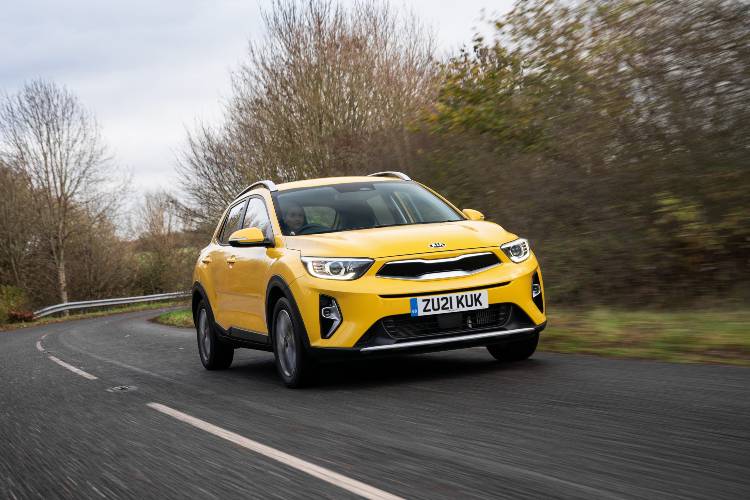 The Kia Stonic is getting on a bit now but it still looks funky and fresh, thanks to the array of visual choices you can make for its exterior. So there are bright, strident blue, red and yellow bodywork options in the colour palette, and then you can choose to pair some of these to either a black roof, or you can even go for a yellow roof (with a grey body) if you’re feeling particularly brave. After that, Kia provides a decals option, which puts various stripes and graphics on parts of the Stonic’s body, so that your crossover can be every inch as individual as you like. 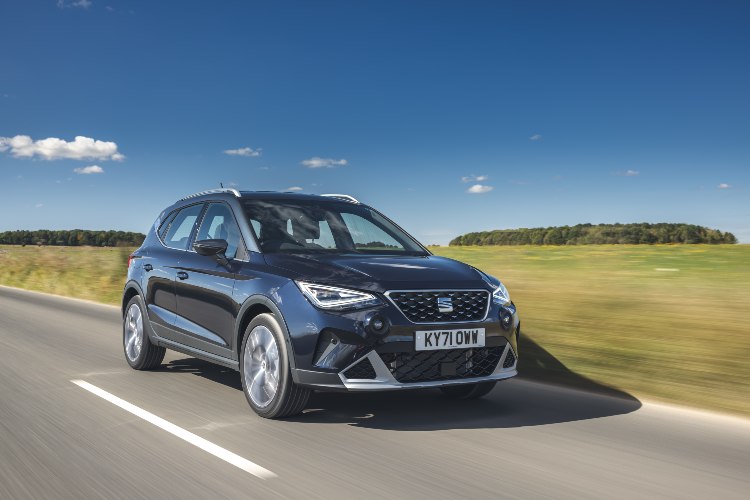 We could have gone with the sensible and highly practical Skoda Kamiq, which is related to this Spanish crossover and the Volkswagen T-Cross lower down on this list, and it would have been a fine alternative to the Nissan Juke. However, the SEAT Arona has just been refreshed for the 2022 model year, which makes what was already a great package even more appealing. The SEAT prioritises sharp driving manners, which makes it great fun in the corners, and it also has access to the refined and powerful VW Group turbocharged engines. With 2-tone paint options and those big, sporty round lamps embedded in the front of the car, this is the raciest B-segment crossover you can choose. 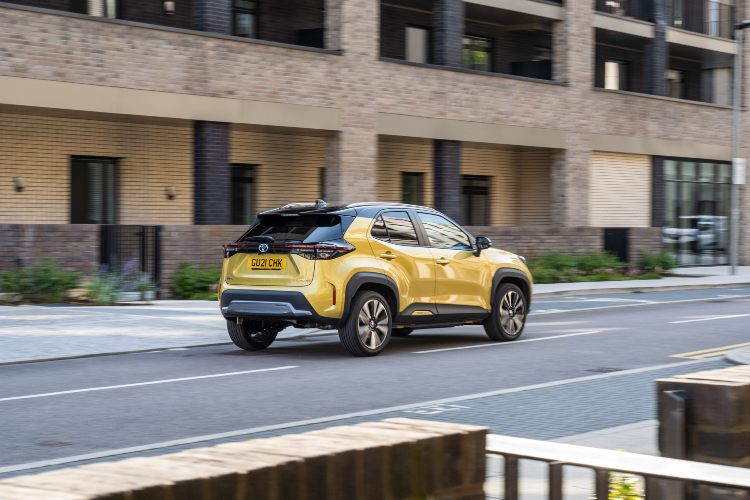 As its name suggests, the all-new Toyota Yaris Cross is based on the existing 4th-generation Yaris hatchback. And that, we can tell you, is an Extremely Good Thing Indeed, because the Mk4 Yaris is one of the best superminis you can buy right now. Chief among its armoury is a 1.5-litre petrol-electric hybrid drivetrain, which is transposed into the Yaris Cross. So what you’re getting here is frugal, small-hatchback running costs with the chunkier stance and styling of a crossover. It’s a winning combination, all helped by Toyota’s reputation for near-unimpeachable reliability. 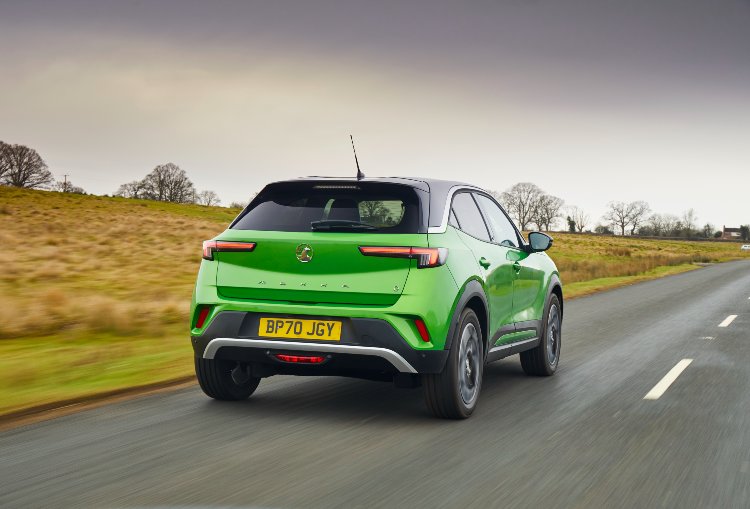 We’ve said it elsewhere on this site a few times but we’ll say it again here: the difference between this angular, handsome Mokka Mk2 and its Mk1 Mokka/Mokka X predecessor is night and day. Where the previous-generation car was worthy and dull and uninspiring, this new one looks terrific on the outside – courtesy of the first use of Vauxhall’s ‘Vizor’ front-end design, which will filter onto all of its models after the Mokka – and then it has a magnificent twin-screen infotainment system inside that’s one of the best in the business.

Factor in a choice of smooth Stellantis petrol and diesel turbocharged engines, and even the option of an all-electric version called the Mokka-E, and this British crossover has gone from also-ran to one of the strongest things in its segment. If there’s any higher praise we could pay the Mokka, it’s that it has usurped the very car it is based upon – the excellent Peugeot 2008 – in our top 10 list of Nissan Juke alternatives. 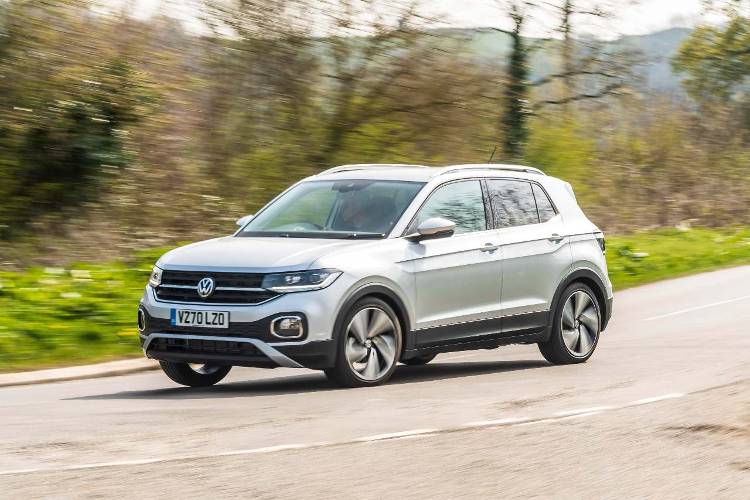 The Volkswagen Group, incorporating VW, SEAT, Skoda and Audi, has an absolute multitude of crossovers and SUVs, so it can become confusing choosing which one you want. So let us point you straight at the T-Cross. It’s the condensed version of all that makes a VW Group crossover/SUV good: punchy and refined turbocharged engines, impeccable cruising manners and ride quality, and just a smidgen of the necessary visual pizzazz to make it interesting – there’s even a ‘lots of orange’ option with the T-Cross, which paints the body, the alloy wheels and even bits of the dashboard in the colour! That said, what you also get with the T-Cross is excellent build quality, so it’s a solid and desirable choice in the compact crossover segment.

More on Cars
5 Best Alternatives To The Volvo XC90
What if a Volvo just isn’t you? What else could you look at? Well, you could look at these 5 alternatives… Read More
Best 7-Seater Cars
Whether you need a little more room for your ever-growing family, or just need a bit more room and a big old boot, we’ve taken a look at the best 7-seater cars on the market.Read More
Best Cars For Dog Owners
Looking for a car that can accommodate every member of your family? Here’s our round-up of the best cars to transport your beloved dog(s) in.Read More