The Vauxhall Corsa is a mainstay on British roads, this much is obvious; even in 2019, back when the fourth generation model was old and about to be replaced, it remained one of Britain’s biggest selling cars.

This latest one has an especially interesting development story. It could actually have ended up being completely different. A few years back Vauxhall had spent all the requisite years and millions of pounds developing a new Corsa and had pretty much finished it. Then in 2017, the PSA Group (Peugeot-Citroen, now Stellantis) came along and bought Vauxhall, scrapped the completed Corsa, gave its engineers the chassis of the latest Peugeot 208 and a box full of parts and said “do it again, but use this stuff... and you’ve only got 2 years to do it.”

So on the one hand the new Corsa here is the figurative Roman town built in just a day, but on the other, the Romans were supplied with prefabricated buildings and very clear instructions. It bodes well because the new Peugeot 208 is brilliant; despite the short timeframe, it would arguably have been difficult for Vauxhall to get this new Corsa wrong. So, has it? 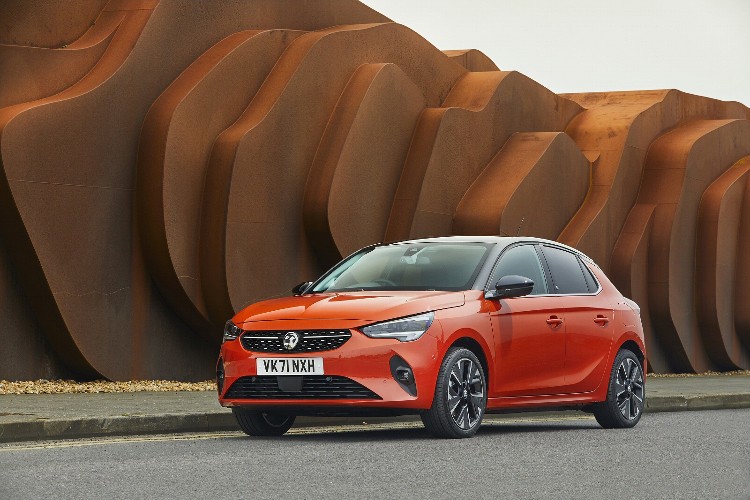 Clap your eyes on the new Corsa and there’s definite improvement over the last model. It’s 5-door only for now and it definitely looks bigger, while features like the shark fin C-pillar, contrasting roof colours, fancy looking alloy wheels, and pointy daytime running lights (DRLs) are undoubtedly attractive. This looks more like a big car than it ever has, which is a deliberate ploy by Vauxhall to make it look more spacious and accommodating than the last one. Which it is.

Inside the design is uncontroversial, a step up in class from the outgoing car for sure, but without much to draw your eye. It’s multi-layered and neat, but it’s clearly been designed for ease of use, as opposed to the visual fireworks of the Peugeot 208. 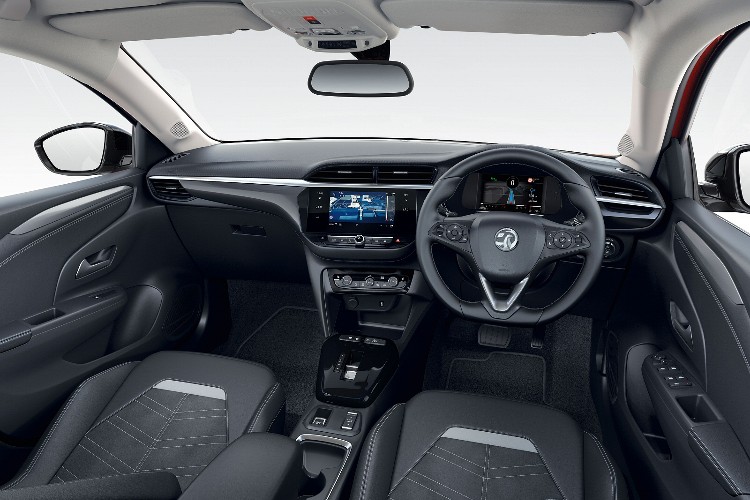 The Corsa’s new infotainment system, which forms the focus of the dashboard, is taken directly from Citroen. And while Citroen’s infotainment setups are notoriously clunky and not up to the intuitive standard of those in Volkswagen Group’s smaller cars - the VW Polo and Skoda Fabia, for instance - in the Vauxhall here it’s not so big a deal. That’s mainly because the heating controls are on a separate panel, so there’s no need to use the screen for those, and you can bypass the proprietary Citroen software with Apple CarPlay or Android Auto anyway. Problem swerved.

Another issue shared with Citroen is at the opposite side of the cabin to the driver, namely a glovebox whose door opens to reveal a tiny storage space next to a big slab of plastic, which covers a circuit board. It’s a hindrance to practicality that’s worth mentioning, albeit there’s a good chance it won't concern you. You’ll just have to throw your rubbish into the door pockets instead. They’re usefully big, as it goes. 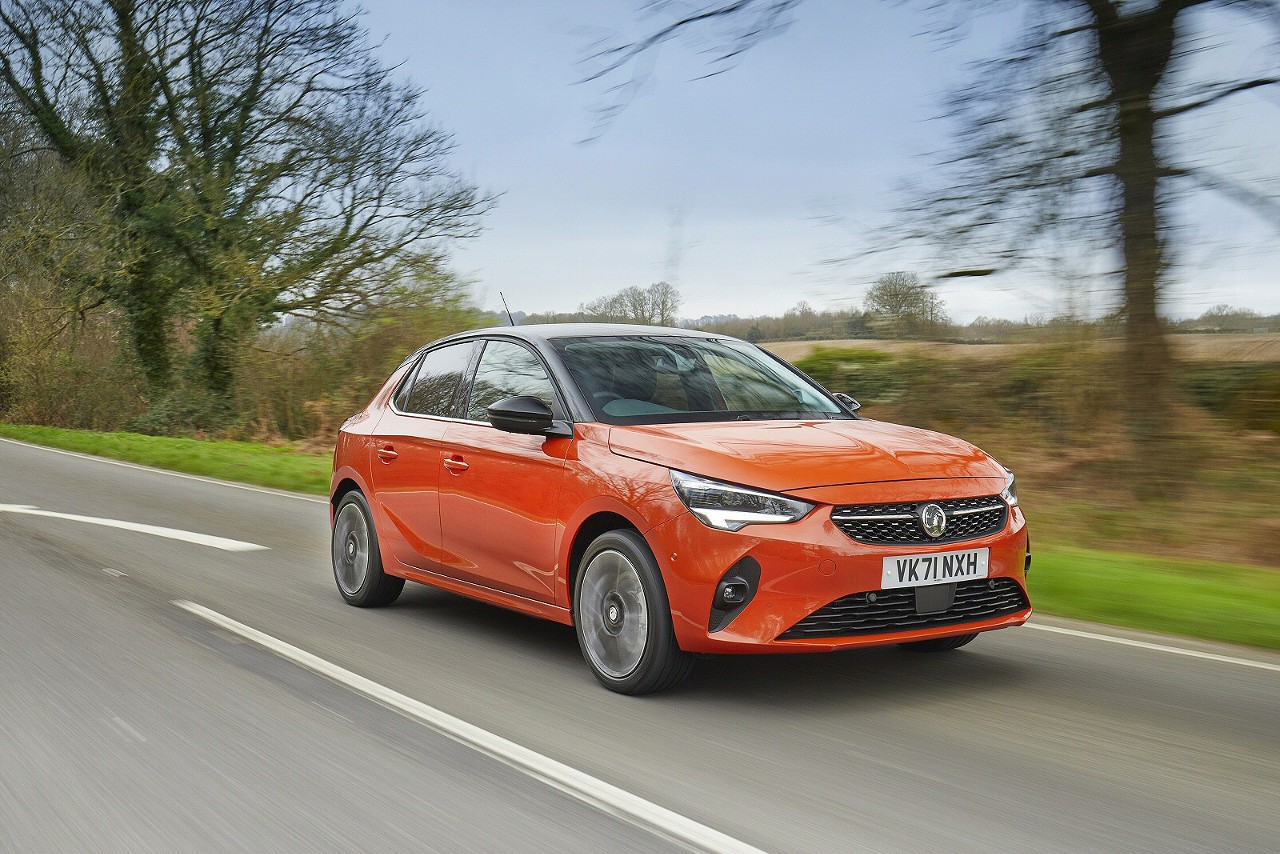 From the first few yards it’s clear that Vauxhall has designed the Corsa for a lightness of touch, which means it’s easy to drive and basically very comfy. There’s plenty of steering wheel movement, seat adjustment and head space for the driver, and the ride quality is on the softer side.

Around town the general refinement is good. The 3-cylinder engine is quiet at idle and low speeds - regardless of  whether it’s a turbo or not - and there’s not much mechanical noise. You don’t hear the suspension thumping over potholes, nor the tyres roaring against the surface of the road, nor much wind bluster. That said, as with most small hatchbacks, the more the Corsa’s speed rises, the more it starts feeling like a smaller class of car. No big deal - it actually is a smaller car, after all - but you will notice that the ride quality becomes slightly more unsettled and the external noise rises noticeably at motorway speed.

Ultimately, the Corsa feels like a car designed to oppose the characteristics of the Peugeot 208 that it shares a chassis with. A smart move, really. So where the 208 feels lively - sharp to turn in and a little more ‘attached to the road’ - the Corsa has a light, floaty quality. It makes the Corsa an easier runabout to live with day-to-day because the pedals are non-resistant, the gearbox moves delicately through the gate, the steering is non-resistant, and the driving position hems you in less than the 208’s does. But it also means that the Corsa isn’t as outright fun to drive as the majority of other small hatchbacks; the Ford Fiesta, Hyundai i20, MINI and SEAT Ibiza all feel more frisky on a b-road than the Corsa.

The 1.0-litre turbo engine is a real highlight though. It sounds throaty, it’s keen to be revved, punchy when you’ve got it in the powerband and, again, economical. 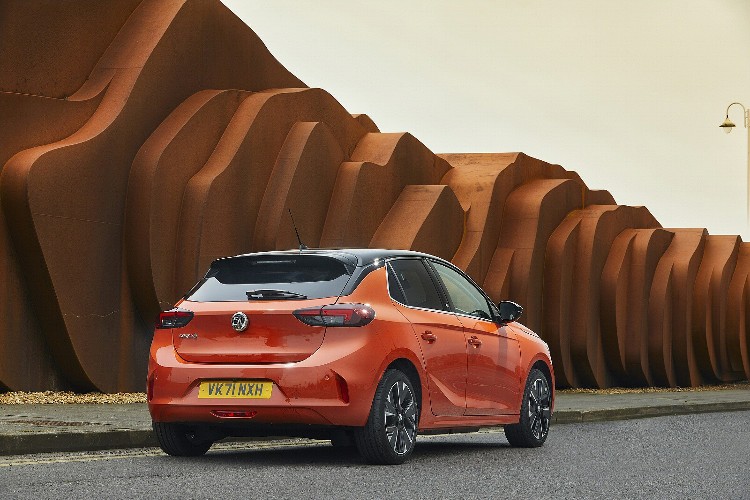 The Corsa’s 309-litre boot is a little on the small side by volume compared to other similarly sized hatchbacks - albeit it’s a few litres larger than a Ford Fiesta’s - and it’s lacking features like a twin floor, bag hooks and hidden storage. But it’ll easily be big enough for most, and a split-folding rear bench is standard fit.

Compared to the outgoing Corsa, this one has grown slightly so there’s been an improvement in general spaciousness and rear leg space specifically. There are 3 rear seatbelts and although a trio of grown-ups in the back will feel pinched at the shoulders, this is a proper 5-seat car that doesn’t take up too much space on the road. 2 rear ISOFIX points are standard too, which means it’s suitable for young family buyers using child seats. 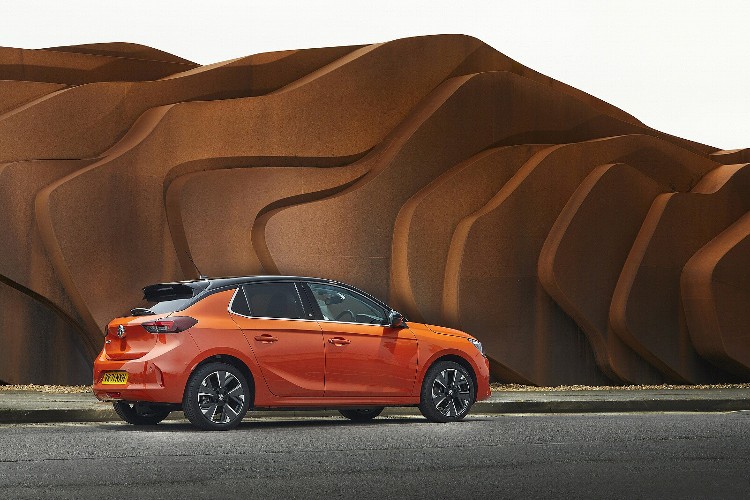 The Corsa comes with a 75hp 3-cylinder 1.2-litre petrol engine at the base, then 2 more turbocharged versions of the same thing, developing 100hp or 130hp. The most powerful is only available with an 8-speed automatic gearbox, while a manual gearbox is standard with the other 2. Fuel efficiency is broadly the same regardless which you choose, with the basic 75hp unit posting 53.3mpg, the 100hp one 52.3mpg, and the 130hp automatic 50.4mpg. In reality, around the doors, that means fuel economy in the mid 40s in all cases.

So, given that you’re not going to get big fuel gains from the basic 75hp model, as you might assume, we’d suggest that the turbo models are the pick, largely because they have a huge torque advantage: 205Nm at 1750rpm versus 118Nm at 2750rpm. And because it’s torque that determines how quick a car feels, you’ll find yourself having to work the lowest powered Corsa harder, which means it’ll likely prove less efficient in reality.

There are no hybrid versions of the Corsa, because instead Vauxhall has jumped straight to a full electric model. That’s the one to go for if you want the lowest possible running costs from the car because, smartly, Vauxhall has made the Corsa-e feel very similar to the petrol models in every way. It has a 222-mile claimed battery range (brilliant for a small hatchback), it loses nothing of the practicality of the petrol versions, and it’s better to drive because it’s the quickest and quietest of the lot.

Move up to a GS Line or an Ultimate (top spec) car and the Corsa really starts to feel lavishly appointed. For us, smart money goes on a GS line, which looks better thanks to its bigger wheels and splashes of contrasting colour for the interior and roof. An Ultimate car comes with luxuries like keyless entry, heated front seats, a bigger infotainment screen and cutting edge matrix LED headlights, but you might argue that you don’t need to spend the extra on those things.

Ford’s iconic hatchback is more fun to drive than the Corsa but a little less comfy.

"Anyone wanting to lease a new, cost-effective runabout with 5-doors, plenty of space, a touchscreen as standard, a sense of overall comfort and sharp looks should consider a Corsa. It’s a big improvement on the very popular Corsa that went before it, and few small hatchbacks have the ‘grown up’ feel that it does, while being so light and easy to operate."

Vauxhall Corsa Colour Guide: Which Should You Choose?
Here’s a detailed look at the paint palette available on the Vauxhall Corsa 5-seater supermini, and its all-electric derivative in the form of the Corsa-e, which we hope will help you choose your perfect new car colour. Read Guide
Vauxhall Corsa-e Review
Have Vauxhall nailed an the electric version of a classic...?Read Review
Fiat 500 Vs Vauxhall Corsa
Looking for a small car but can't choose between the Fiat 500 and Vauxhall Corsa? We put the two head-to-head...Read More
How Does Car Leasing Work?
Learn more about the simple steps to leasing your dream car with fixed monthly rentals.How Does Car Leasing Work?
This website stores cookies on your computer. These cookies will allow us to remember you and your preferences.
We use this information to improve your browsing experience.
To find out more, please read our
cookie policy.