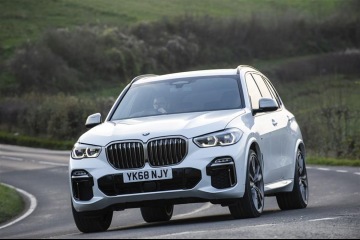 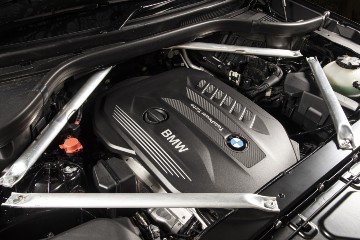 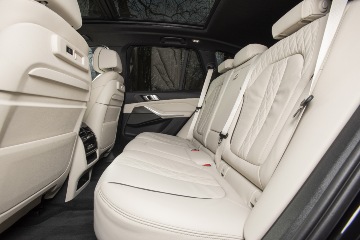 The BMW X5 sticks to a traditional SUV template – 5 doors, including a split tailgate, both sections of which can be operated remotely if you choose to lease a car with the Comfort Access pack.

The flagship model in the X5 range is the X5 M. This is given its own separate designation, much like the BMW M3 is to its 3-Series siblings, and in the UK we only get the range-topping Competition variant. This retains the same basic body and structure as the regular X5, but it has been heavily reworked under the skin to provide electrifying performance that totally belies its size.

All versions of the X5 are good to drive, and all are potent performers by the standards of their class. Opt for the X5 M50i, or its diesel counterpart the M50d, and you get features like a sports exhaust, stiffer suspension and an electronically controlled limited-slip differential at the back.It’s the X5 M Competition that really ratchets things up, however. Powered by the same 625hp twin-turbo V8 that you’ll find in the BMW M5 supersaloon, it rockets from 0-62mph in just 3.8 seconds and on to 180mph when fitted with the optional M Driver’s Package.

The BMW X5 Vs Competitors

Several competitors offer more space inside – notably the [Volvo XC90](https://www.vanarama.com/volvo-car-leasing/xc90.html with its cavernous 775-litre boot. Likewise, the Porsche Cayenne offers a more overtly sporty look and drive than the standard X5.But the beauty of the regular X5 is that it scores highly in so many areas. From long distance motorway cruising to spirited drives on the backroads, it can do just about anything.
We use cookies to improve your experience. Find out more in our cookie policy.