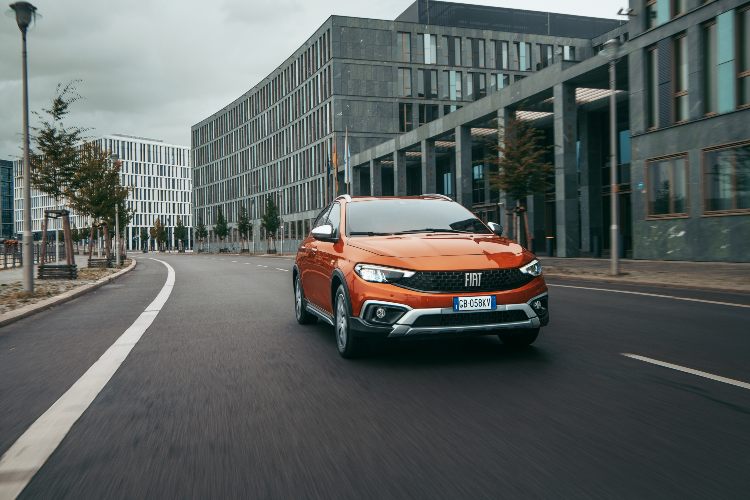 A car you could be forgiven for thinking didn’t exist. Fiat’s current model portfolio is very heavily centred on the evergreen 500 – you’ve got the all-new electric 500, which is brilliant, then there’s the ‘500 Classic’, which is… slightly less brilliant and powered by internal combustion, yet it is still soldiering on alongside the electric model. If you want an off-roader from Fiat, you need a 500X, which is a jacked-up 5-door variant of the 500 which looks as if someone has over-inflated the regular car like a massive balloon, and then there’s the people carrier… which is another 500, this time the 500L. Which has looks only a mother could love, but then so do some MINI models and they seem to sell OK. Having said that, the 500L is being phased out as we speak, thankfully, so you can probably discount it in the main.

Want a fast Fiat? You want an Abarth. Great, no 500s here, surely? And, on a preliminary investigation, it all looks good: there are choices between the 595 and the 695 models. However, you will pretty quickly notice that both the 595 and the 695 are simply 500s that have been on anabolic steroids. So, 6 (or 5, forgetting that 500L) model lines across 2 different companies, and all of them 500s of one form or another.

However, if you don’t fancy a 500 but you do want a Fiat, there are a couple of other choices, one of which is the car you’re looking at here. The ancient Panda is still doddering along in Fiat’s showrooms, so swerve that and take a look at the Tipo. It’s a C-segment hatchback and estate, the latter known as a Station Wagon, and it aims to offer a more pragmatic, value approach to family motoring in a class that includes the likes of the Volkswagen Golf, Ford Focus, Toyota Corolla, Peugeot 308, Vauxhall Astra and SEAT Leon, among many more. What we’re trying here is the Cross model, which has faux off-roader looks and forms a kind of default flagship for the Tipo family. 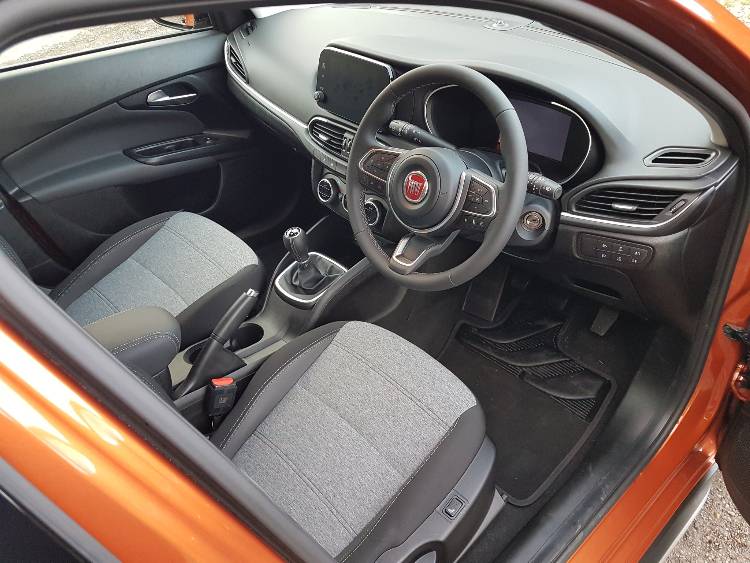 Simplicity is key for the Tipo. This is the 2nd Fiat to wear the Tipo badge, the original being between 1989 and 1995, and the newer model launched in 2016 in Europe. It was updated towards the end of 2020 for the 2021 model year with a better infotainment system, a larger 7-inch digital instrument cluster, revised looks and a smattering of new body colours – one being the Paprika Orange you can see in the pictures. 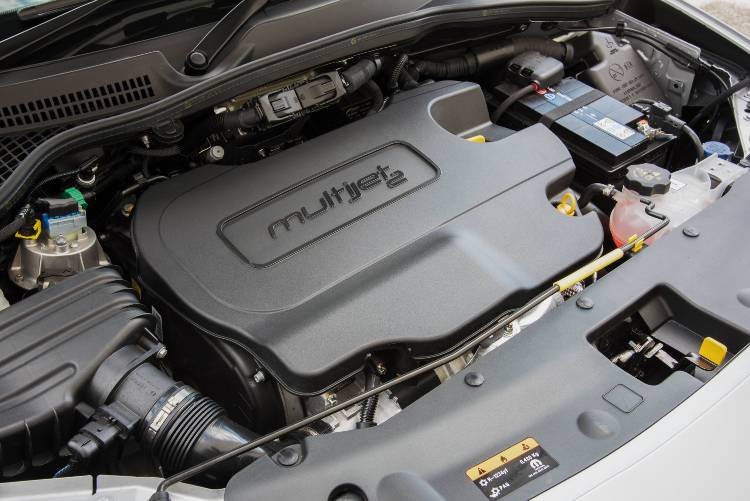 The very simplicity which makes the Tipo so appealing might also be its undoing. There is but 1 engine available for all models – a 1.0-litre, 3-cylinder turbocharged petrol with 100hp and 190Nm. So don’t go expecting any hybrids, nor plug-in hybrids, nor (heaven forfend) electric powertrain options with the Tipo. You even get just a 5-speed manual transmission, when 6 is the norm these days on even near-bog-basic city cars, and Fiat is so prone to chopping and changing the line-up and trim names on whim that you never know which model is about to bite the bullet in showrooms – like, you could probably go on Fiat UK’s website and discover the SW estate is no longer available for some unfathomable reason. Hmph. 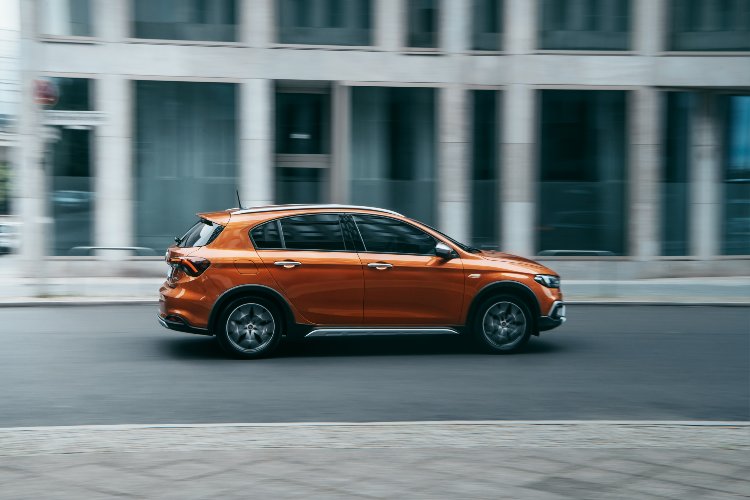 It’s completely unremarkable, in many respects, but by the same token it is not significantly flawed in any single regard. The 3-cylinder motor is willing and even sounds pretty good if you decide you need to rev it right out, plus it stays free from vibrations for most of the time too. And rev it right out you will if you’re the kind of driver who takes any sort of half-viable gap in traffic, because a 12.2-second 0-62mph time and 113mph top speed rather paints its own picture of how leisurely the Fiat Tipo is in action.

That said, once it’s up to speed, it cruises along just fine and this higher-riding Cross model has accommodating suspension, while decently plump sidewalls for the tyres wrapped around its 17-inch alloys only bolster what is very impressive ride comfort. Admittedly, there’s a touch more tyre noise and wind buffeting which make their way into the cabin than you’d find on most dearer rivals, a direct corollary of the fact the Fiat is built to a budget and so doesn’t have premium levels of sound suppression swaddled around the passenger compartment, but you can potter about town and along country lanes in the Tipo with great ease, or take it onto a motorway and be confident it won’t feel utterly lost when travelling along at the national limit.

We’d perhaps like a little more feel and weighting to the steering, and better control of the body when you’re asking the Tipo to drive that bit faster down your favourite road, but for the kind of humdrum, everyday, A-to-B motoring which the Fiat was designed for, its behaviours are probably calibrated almost perfectly. It’s undemanding in every way. 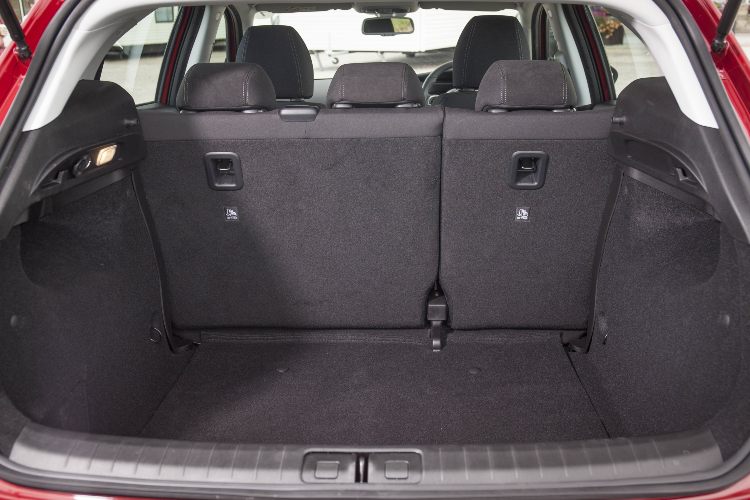 Not bad at all. Room in the cabin is good and the Tipo’s boot stands at 440 litres with all 5 seats in use, which is on the larger side for this class of car. Some of the interior plastics, notably on the door cards, are a touch sub-par, so whether they’ll stand up to the rigours of long-term family usage remains to be seen, but most of the major touchpoints are fine, while the door pockets are an OK size and there’s a usable glove box too. Further storage can be found ahead of the gear lever, as well as between the steering wheel and the driver’s door, while 2 cupholders sit alongside the traditional-style handbrake. 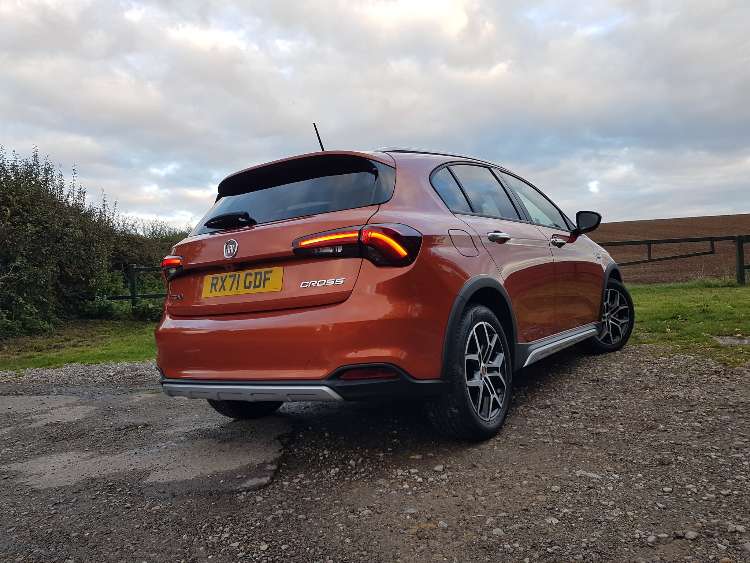 The Fiat Tipo Cross is one of the most expensive models of the hatchback available from the Italian company, but even so monthly leasing costs are about the same as some superminis from the class below. Plus, you also get 7-inch touchscreen infotainment with satnav, Apple CarPlay and Android Auto, as well as full LED headlights, a 7-inch digital instrument cluster, adaptive cruise control, climate control, front and rear parking sensors, a reversing camera, auto lights and wipers, 60/40 split-folding rear seats, and some useful advanced driver assts safety features too, among more equipment. Fiat also claims 48.7mpg combined economy from the 1.0-litre 3-cylinder engine, as well as CO2 emissions of just 131g/km – and they’re hardly going to break the bank via taxation. We also found the Tipo Cross to be about as frugal as its manufacturer claimed, so despite the fact there are no diesels nor electrified models in the range, the Fiat shouldn’t be too wallet-busting to run. 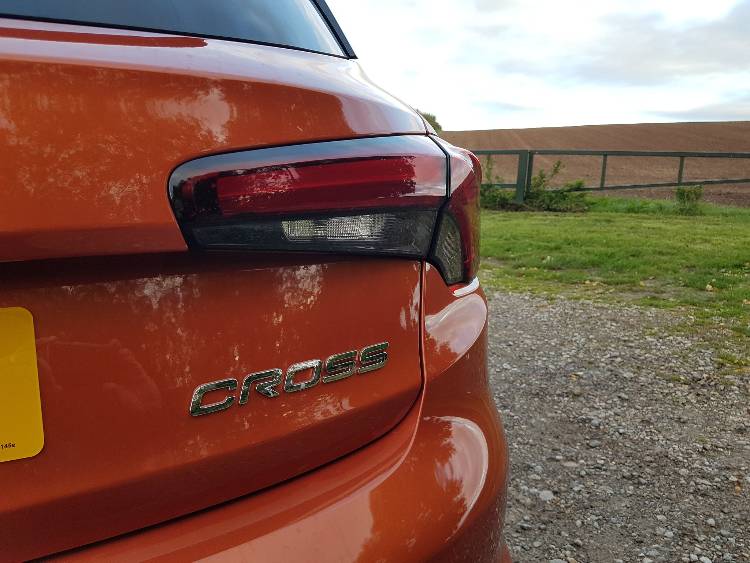 One final note to point out is that the Cross, for all its jacked-up stance and rugged exterior styling, does not have any extra degree of off-roading ability (save for improved ground clearance) compared to any other Tipo. It’s front-wheel drive like the other models and it doesn’t have any special modes or anything to get you through the rough stuff if you decide to venture away from the tarmac. However, the Cross only appeared during the midlife facelift in 2020 and it doesn’t have many direct rivals in terms of lifestyle hatchbacks these days, so if you like the exterior styling – we do, by the way – and you appreciate the increased kit list that comes on the top-spec model, then it’s probably worth the £2000 premium it commands over the next model down the tree, the plainer-of-appearance City Life hatchback.

Citroen C4 Not marketed as an off-roading hatch, yet it rides high and looks chunky. Far more daring than the Fiat.

Ford Focus Active Like the Cross, the Focus Active isn’t a ‘real’ off-roader but it is a very capable vehicle.

Three things to remember about the Fiat Tipo Cross: