The former West Bromwich Albion and Celtic striker is now 37 years old, playing for his 13th club since making his debut for French outfit Angouleme as a teenager way back in 1998.

Fortune has played in four different countries, experiencing life in England's Premier League and the Europa League with Celtic, while also turning out in the French third tier and now applying his wealth of experience at non-league level.

Yet the veteran forward is not on Chesterfield's books merely out of any sense of romance, nor have the Spireites brought the French Guiana-born player for the novelty of counting a player with top-level credentials among their number.

No, Fortune is at the Proact Stadium to contribute, and to help Martin Allen's side attain a more positive trajectory after recent struggles.

And while that very much remains a work in progress, with Chesterfield just two places above the relegation zone at time of writing, Fortune is holding up his end of the bargain with four goals and an assist from 11 appearances.

Speaking to the Derbyshire Times shortly after Fortune joined Chesterfield in the summer, journalist Chris Phillips, who covered the striker during his time at Southend, spoke glowingly of what the veteran still has to offer.

"Marco is an intelligent players and you can see why he's played at such a high level," he said.

"He holds the ball up well and is capable of producing some great pieces of skill. He's not someone who is going to be prolific in front of goal but I think it's a good signing and there should be no concerns about his age as he's in great condition."

Many of the tools that have made Fortune such a reliable and resilient striker over the years were cast and sharpened during his early years in France. Although he has never been the most prolific goal-scorer, with a career-high single-season return of 12, he is the kind of centre-forward who can bring the best out of those around him. 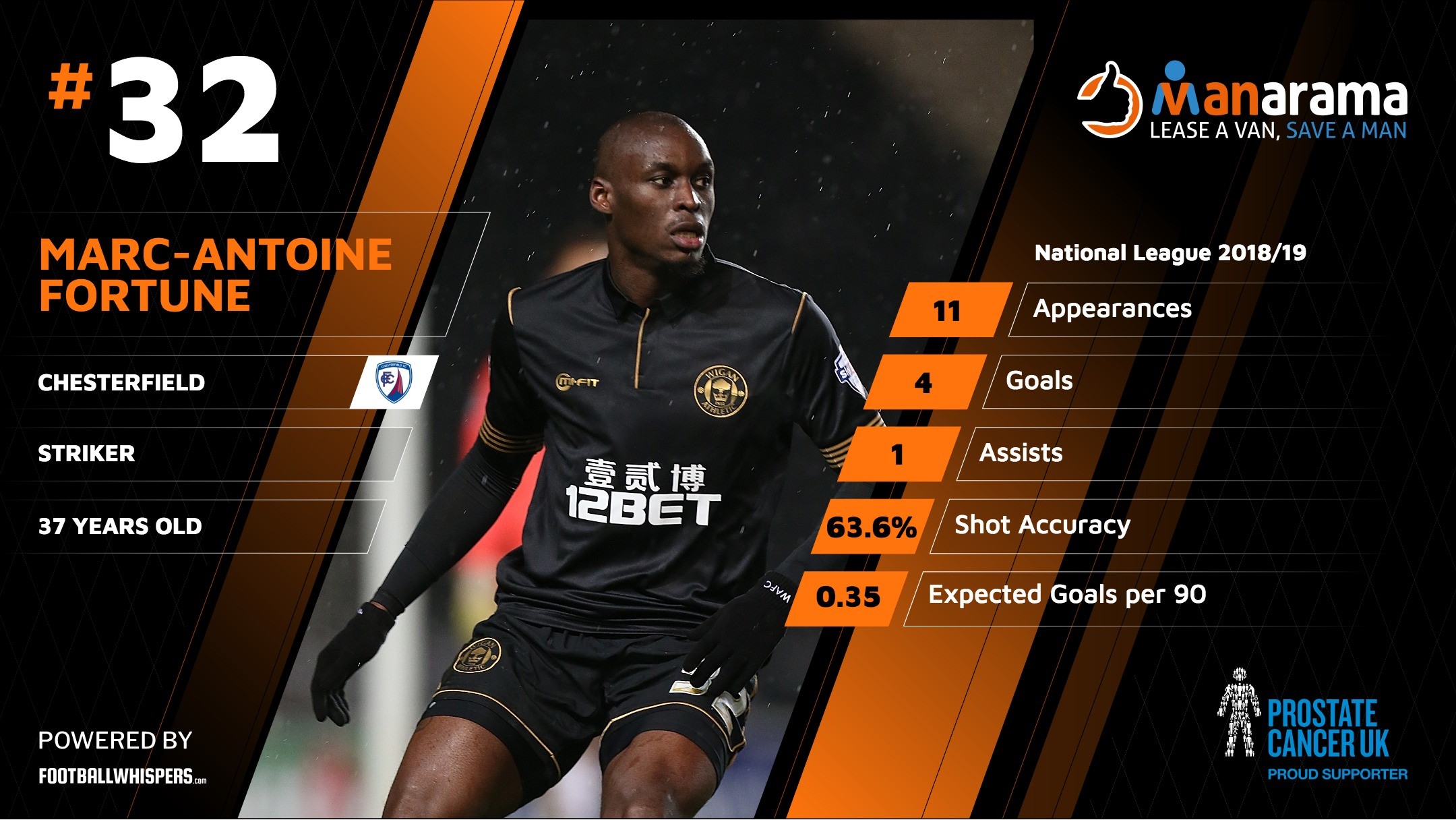 "His first spell in Ligue 1 wasn't a success," Gibney recalls. "Struggling for minutes at Lille, he failed to find the back of the net in 16 league appearances. Dropping down to the second tier really helped, scoring ten on loan at Rouen and sealing a permanent deal at Brest where he would score another ten, earning a move to Utrecht in Holland.

"Fortune returned to France in January of 2007 to play for Nancy and it was with the Lorraine club he'd put in a number of impressive displays, including an away goal against Shakhtar Donetsk in the 2006/07 UEFA Cup last 32 knockout tie.

"They would lose 2-1 over the two matches, but the fans were enamoured by Fortune's lightning start for Les Chardons.

"Quick and bullish across the attack, he would often play as the lone striker, but his power and movement would get him beyond defenders.

"Often displaying great footwork for a centre-forward, although he wasn't prolific, he showed time and time again he knew how the corners of the net.

"In his last full season for the club, he scored six times, setting up another six as Nancy finished fourth in 2008, their best position in 30 years."

Chesterfield will be hoping Fortune can be the catalyst for similar success in the National League this season. Indeed, Allen was delighted with the capture of such a high-calibre hitman.

"He played 30-odd games for Southend in League One last season and did very well,' the manager said.

"For us to get a centre forward who played that many games in League One, it's a good one for us.

With a touch of Fortune, Chesterfield can begin climbing the National League table