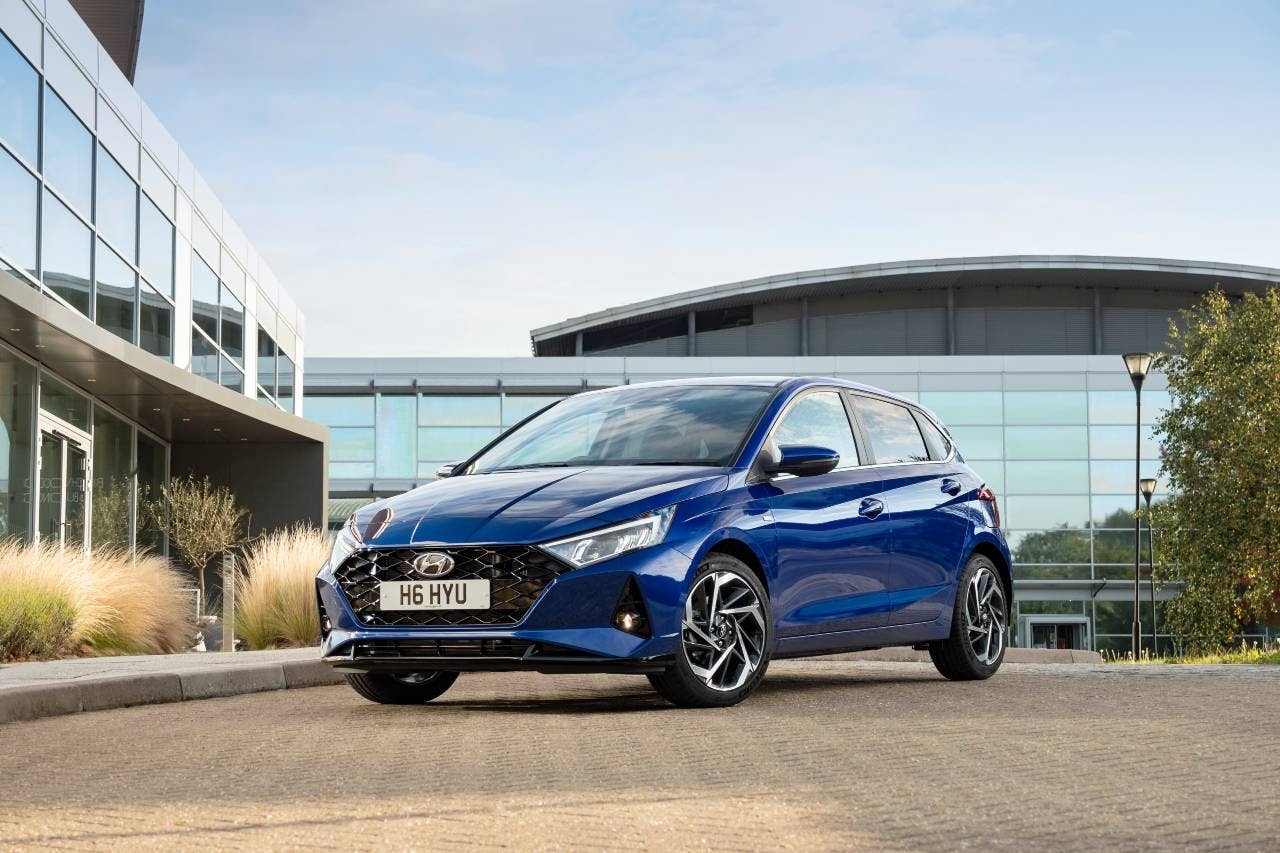 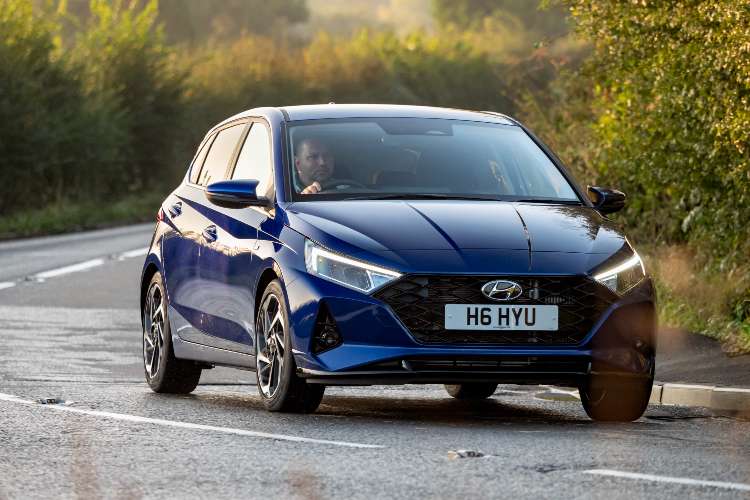 Hyundai’s 3rd attempt at its Ford Fiesta-rivalling i20 supermini. Now, previously, the i20 has never really lit our fire. The 1st generation, launched in 2008, was precisely what you would have expected of a Hyundai back then: cheap, rather gawky to look at, but well equipped and ultra-reliable. Worthy yet odd, if you like; a rank outsider for those on a budget.

Big strides were made for the Mk2 of 2014, which got much more urbane styling and a higher-quality interior, but it still wasn’t anything like challenging for class honours in the B-segment. That, despite an Active model which did the ‘faux-off-roader’ thing like a miniaturised version of an Audi allroad. Or a ‘Coupe’ variant, which was basically just a 3-door hatchback. Hmm.

However, this Mk3 i20, which debuted in 2020, looks like it truly means business. Not only does it have arresting exterior styling and a cabin which has once again shifted upwards in terms of material finishing, but it also gains – for the first time – a proper halo model in the form of the 204hp i20 N hot hatch. This thing is winning critical plaudits left, right and centre as a rival to the all-conquering Ford Fiesta ST, but this review isn’t of the flagship Hyundai tearaway; instead, it’s of a regular, run-of-the-mill Premium i20 with a 3-cylinder mild-hybrid petrol engine and no delusions of grandeur. But just how good, or otherwise, is this Korean supermini going to be at the 3rd time of asking? 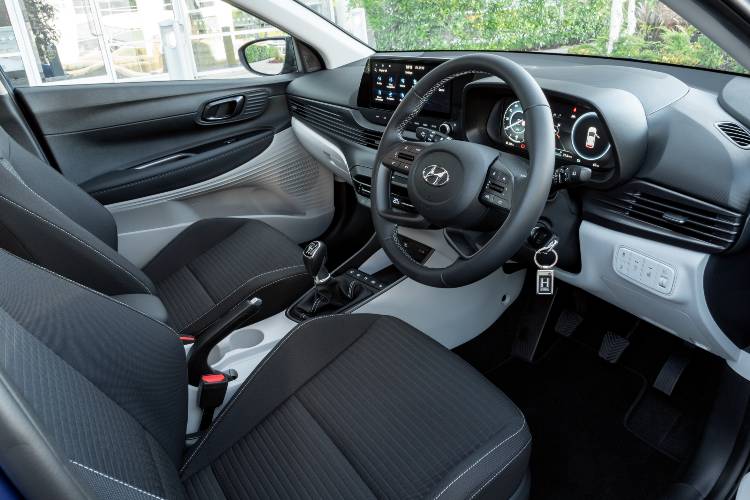 Many, many things. We are seriously impressed with the i20, but allow us to open on what we know is a wholly subjective matter, as we give high praise to the appearance of the Hyundai. No longer bland and inoffensive, you don’t need either the full-on N or even an N-Line-grade car for the i20 to look good. With its angular light clusters at the rear, its blacked-out tailgate surround, interesting design strakes running up the flanks of the car and the distinctive, somewhat angry ‘face’ up front, the Hyundai is the standout looker in this class, if you ask us.

Then you sit yourself in the cabin and you should be delighted. A large (10.25-inch), high-mounted infotainment screen with crisp and intuitive graphics dominates the dashboard, but Hyundai has cleverly left the HVAC (that’s the climate controls, to you and us) functions on physical buttons beneath. In the instrument cluster is a snazzy, full digital screen (10.25 inches once more) that’s brilliant to look at and a doddle to operate, while the steering wheel is a vaguely Audi-esque (that marque again!) 4-spoke affair swaddled in leather. Hyundai has also superbly rendered some surfaces – such as the strip that houses the air vents and also the lower door cards – in attractive surface-relief patterns, to prevent you looking at swathes of boring grey plastic, and while you can find some cheaper materials in the cabin if you go searching them out high and low, in general everything you touch and operate in the i20 feels top-notch. 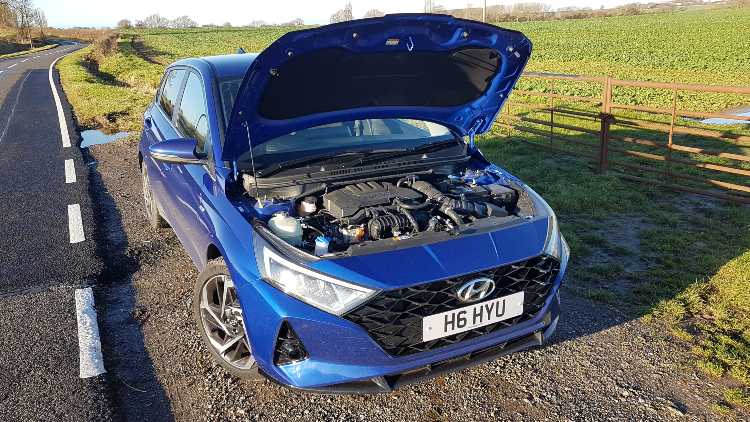 There’s not a huge amount of choice in the i20 range, certainly when it comes to drivetrains. Unless you want the sporty N-Line model, all of the SE Connect, Premium and Ultimate cars come with a 100hp 1.0-litre 3-cylinder turbocharged petrol engine, complete with 48-volt mild-hybrid technology. You can at least choose between a 6-speed manual or a DCT dual-clutch automatic transmission, but if you’re looking for engine variety then you’ll need to go elsewhere. The N-Line, for reference, gets a tuned-up 120hp version of this same 1.0-litre lump.

The other problem for Hyundai is not one of its own making. Indeed, we feel a little sorry for the i20 saying this, but it has probably just about hit its stride that little bit too late. Rival company Ford has seen its long-serving Fiesta supermini overtaken by its own Puma compact crossover, and the unending customer clamour for high-riding SUV-type vehicles means that small hatchbacks like this might be on borrowed time. So (SPOILER ALERT!) while we’re about to go on and tell you why we think the i20 is clearly the current class leader when it comes to B-segment runarounds, that’s almost certainly not going to stop you heading off to lease Hyundai’s Bayon crossover (or similar) instead. Sigh. 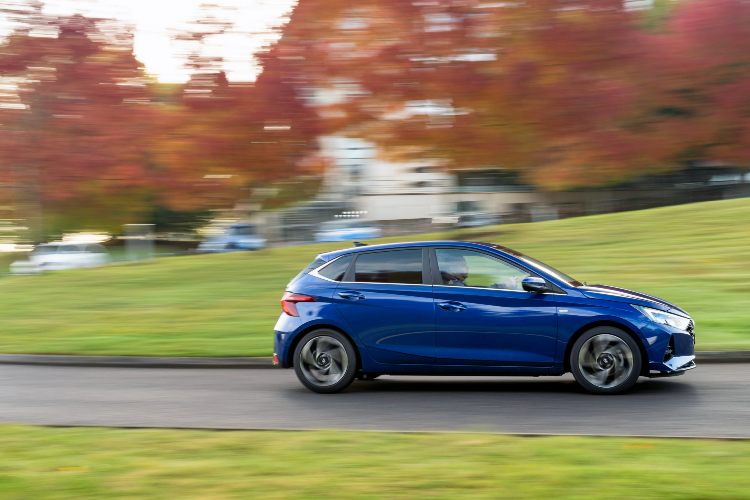 It’s excellent. Genuinely excellent. That T-GDI engine might be the Hobson’s choice of motive power in the i20 line-up, but thankfully it’s a super-sweet little operator, with a great 3-pot growl, oodles of midrange torque (172Nm from 1500-4000rpm) and an eagerness to rev out to its redline, without becoming coarse or rattly or feeling like it is losing the will to live in the process. Day-to-day performance is therefore not something which is an issue at all as a result, mainly because the i20 Premium manual only weighs 1090kg.

One area where the i20 has improved in comparison to its predecessors is in the handling stakes, because it’s a pleasure to punt the Hyundai down a quiet country road in an enthusiastic manner. It’s still not as sharp as something like the Fiesta, maybe, or a Peugeot 208, but it certainly has the edge on the rest of the field – such as the sturdy and dull Volkswagen Polo or the oddly buttoned-down Vauxhall Corsa, which is basically the same car as the 208 underneath – thanks to well-judged steering, very good body control, a light-of-throw yet fabulously precise gearshift action, and lots and lots of mechanical grip.

However, like its little brother i10 city car, the i20 excels on the motorway or on faster-flowing A-roads, both places where it should have no right to shine. Nevertheless, it has a refined, grown-up gait in such circumstances, with fantastic suppression of noise contributors such as wind flowing around the outside of the passenger compartment or the roar of the tyres rolling on the road surface. What’s so likeable about this is that it sacrifices none of its wieldiness nor small-car attributes in the process, so you feel like you’re getting the best of both worlds in the i20 – it’s agile and fun when you want it to be, and relaxing and mature when you’re not in the mood for blasting about the place like you’re 23 again. 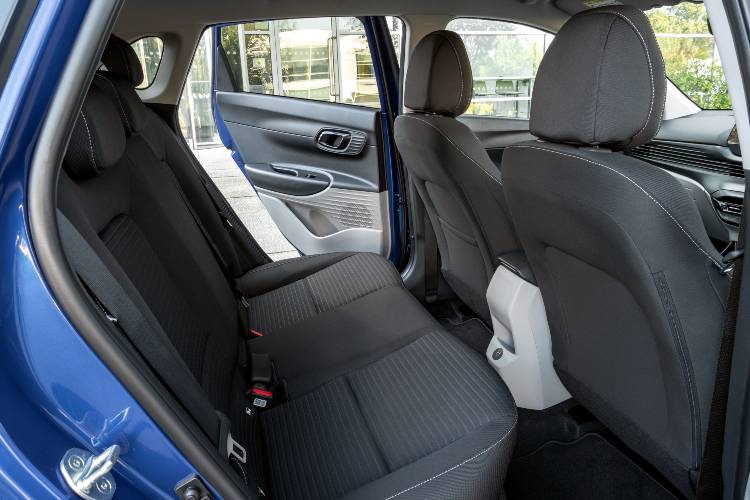 Hyundai has always made sure its cars are packaged well and the Mk3 i20 is no exception. There’s a generous amount of room in the 2nd row of seating, to the point that 2 average-sized adults ought to get comfortable back there. It would also be more than spacious enough for younger kids, with the expected pair of Isofix points to be found in the rear, so as a compact car for a smaller family it would be fine. That’s also because it has a decent 262-litre boot in the back, which rises to 1075 litres if you fold the 60/40 split bench down.

Elsewhere, every door pocket has a sculpted recess in it for a drinks bottle or larger cup, while another 2 cupholders are arranged longitudinally alongside the manual handbrake lever (remember those, folks?). The front seats are comfortable and offer a good range of adjustment so that a spot-on driving position can be attained, while the ergonomics of the dashboard and controls are also near-faultless. Further, there’s a useful array of cubby holes and storage solutions dotted about, while the glovebox is a good size as well. 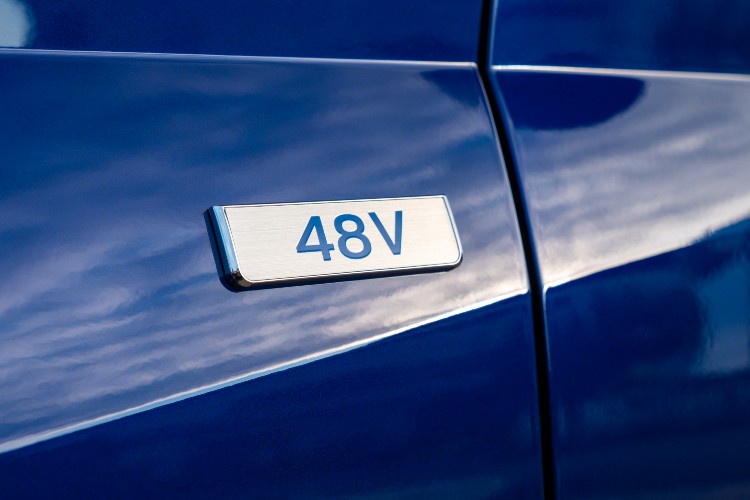 Hyundai cites 54.3mpg combined WLTP and CO2 emissions of 118g/km for our i20 1.0 T-GDI Premium manual test car. And we can confidently say that those numbers are attainable in the real world, because we drove the Hyundai supermini for 587 miles on a wide variety of roads – and in that time, it gave us back 50mpg on the button, without any real fuel-conserving effort being made. Thank the 48-volt hybrid magubbins for such marvellous frugality.

In terms of pricing, the i20 is not quite as conspicuously cheap as it was in its former generations, with prices for the range kicking off at around £19,000. However, that’s not out of the ordinary for the more upmarket superminis these days, while leasing costs with Vanarama start at just £199pcm and rise to around £270pcm for a top-spec 120hp N-Line with the DCT gearbox.

In mitigation, not only are you getting the best B-segment hatchback of the lot for your money, but the kit list is typically bulging – the Premium comes with items such as (but by no means limited to) 17-inch alloys, heated front seats and steering wheel, dual-zone climate control, auto lights and wipers, LED illumination on the exterior, privacy glass, cruise control with a speed limiter, rear parking sensors with a reversing camera, the twin 10.25-inch digital human-machine interface for infotainment and instrumentation, Apple CarPlay and Android Auto, a mass of advanced driver assist safety systems – like Autonomous Emergency Braking, Driver Attention Alert, Forward Collision Assist with Pedestrian Monitoring, and Lane Keep Assist with Lane Departure Warning – and then of course Hyundai’s 5-year, unlimited-mileage warranty for maximum peace of mind. 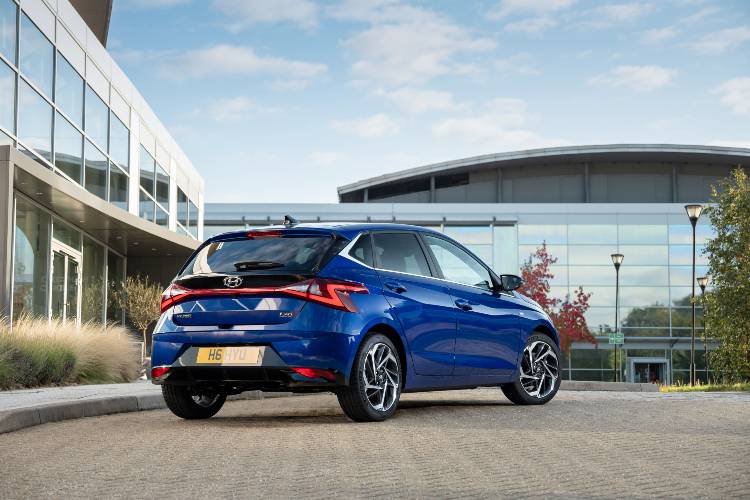 If you want to know why the Mk3 Hyundai i20 looks so good inside and out, it’s because it embodies the Korean company’s latest design ethos. Which is called, er… ‘Sensuous Sportiness’. Well, you had to ask…

The Fiesta is better to drive than the i20, but we think the Hyundai has the better cabin and smarter looks.

Another Asian supermini much improved in its current format, the hybrid Yaris is well worth consideration.

The Polo is always a classy all-rounder, but always somewhat boring and stodgy.

3 Things To Remember About The Hyundai i20: