Which Cars Are The Most Fun To Drive?

What constitutes a fun car to drive? Is it lots of power? Is it lots of speed? Is it great ability in the corners? Or is it simply a vehicle’s ability to put a smile on its driver’s face, more often than not? We think it’s the latter, which means that driving fun can come in lots of different forms – electric cars, SUVs, open-tops, hot hatches and more; it’s not just about unaffordable, hyper-rare machines with exotic badges on their noses.

So here, in no particular order, is our list of 10 of the most fun cars to drive, across a variety of body types and forms of motive power. 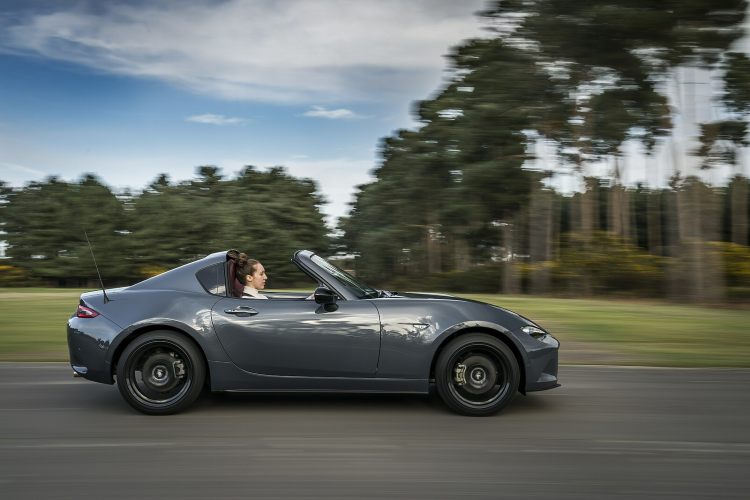 We kick off with a stone-cold classic in the driving fun stakes. The Mazda MX-5 is the world’s best-selling sports car in history, apart from the much-longer-serving Porsche 911 (also on this list), with more than 1,000,000 units shifted since its 1989 launch. Now into the 4th generation, the MX-5 continues to blend all the feelgood things about motoring into one affordable-to-lease package: it’s light, it’s rear-wheel drive, it has the ability to drop its roof whenever the soggy British weather permits and it favours entertainment over outright mechanical grip and speed. Choose either the fabric-roofed model or the RF (retractable fastback), and the sweet 1.5-litre engine or the bigger 2.0-litre unit, it doesn’t matter – however you specify it, the MX-5 is high on the grins-per-mile scale. Just avoid the automatic transmission, is all. 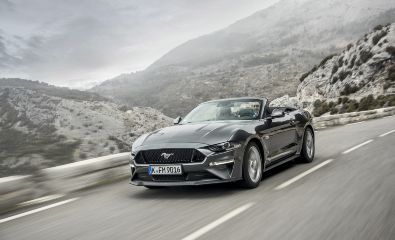 We could have gone with the obvious here and chosen Ford’s Fiesta ST, one of the greatest hot hatchbacks of all time. But the bigger Mustang is a veritable motoring icon – and that’s a word that is all too often overused these days. It took 50 years for Ford to finally officially bring the Mustang to the UK in right-hand-drive form and it was most definitely worth the wait. With a boisterous 5.0-litre V8 engine and retro-inspired looks that hark back to the original 1960s ‘Pony Car’, the Mustang might not be quite as technically proficient as its German/Japanese rivals, but it’s a heck of a lot more enjoyable to drive. You can even have it as a Convertible for the full drophead experience, allowing you to better listen to that gloriously naughty V8 motor. 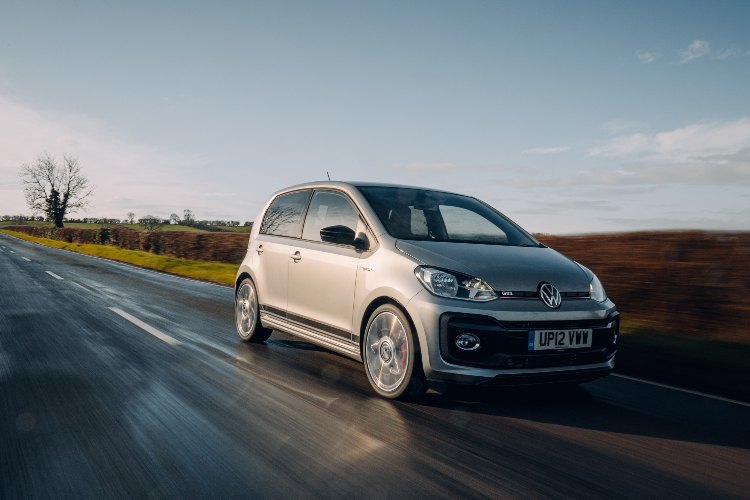 With advances in tyre technology and suspension development over the years, performance cars have become ever more powerful and fast. This makes them hard to enjoy legally on public roads, where speed limits often preclude them from doing much of their best work. No such problems befall the Volkswagen Up GTI, though. With a tiny 115hp 1.0-litre 3-cylinder turbocharged engine, this cheeky little tyke isn’t exactly a road rocket. But what it lacks in brawn, it makes up for with sheer giddy enjoyment – you can chuck the light, compact Up GTI around on the roads and have a right hoot in it, without ever really going much beyond 50mph. That it also has all the same cool styling cues as the bigger Volkswagen GTI models only seals the deal on this brilliant little machine. 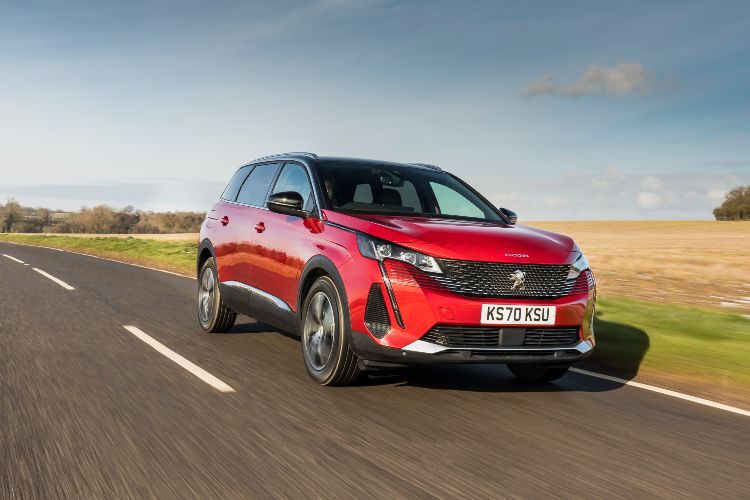 Let’s face it, 7-seat SUVs are hardly the most enjoyable things in the world. They’re designed to carry lots of people in comfort, not provide plenty of giggles for their driver. However, the Peugeot 5008 is different. As a company, this French firm has plenty of previous in putting out engaging performance cars – most famously one of the all-time-great hot hatchbacks, the 205 GTi of the 1980s – and some of that dynamic know-how has filtered into the 5008. With its distinctive small steering wheel and high-raised instrument cluster, this SUV handles and steers in a fluid, pleasing fashion. So for those occasions when mum or dad is in the car on their own, without any of the sprogs in the back, then they can live out their favourite back-road GTi fantasies in the big 5008. 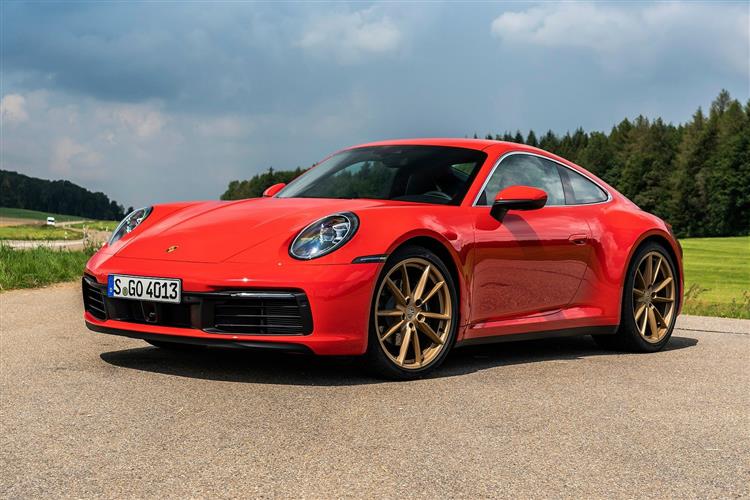 You can’t do a list like this and omit the Porsche 911. Like the Ford Mustang, this thing is a high performance legend: it has been around, mostly unchanged across 8 different generations, since 1964. It inspires a legion of devote followers who revere it like some kind of automotive god, but the weird thing about the 911 is that it is inherently wrong. The engine is in entirely the incorrect location, slung out behind the rear wheels where it’s like a detrimental counterweight against the remainder of the vehicle’s body. Not only that, but the 911 is (very distantly) related to the Volkswagen Beetle, which is not the most glamorous of machines. And yet the 911 endures because Porsche’s genius engineers continue to make the car into something which laughs in the face of physics. It doesn’t matter which model you pick, from ‘base’ Carrera up to outrageous Turbo S, the 911 is quick and it is talented in the corners. If you want a real feeling of nostalgic goodness, opt for the open-roofed Targa model with its fancy lid-folding mechanism and its striking form, which pays direct homage to the Swinging Sixties. 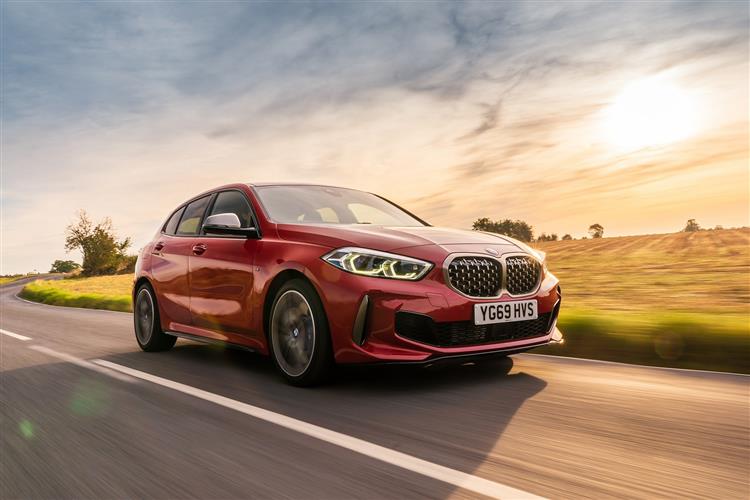 There are plenty of prestige hatchbacks up against the BMW 1 Series, as well as some seriously talented alternatives from the mainstream manufacturers. And now it is in its 3rd generation, the 1 Series is mainly front-wheel drive, rather than its old calling card of rear-wheel drive. So why is it so much fun? Simple: BMW DNA. The German company knows how to set up a chassis for maximum driver enjoyment and the 1 Series is no exception to the rule. In fact, underneath it all, it’s broadly the same car as a MINI, which is known for its go-kart-like handling. And if the regular BMW One isn’t thrilling enough for you, then try one of the two performance versions in the form of either the 128ti or the M135i. The Honda E emphatically proves the rule that it’s not all about massive power to have a massive load of fun behind the wheel. With just 154hp, a 100mph top speed and a 0-62mph time of 8 seconds, the Honda city car isn’t what you’d call fast. But look at it! The cheerful styling which references an old (very old) model of Civic. The interior is designed to look more like a lounge than a car’s cabin. The inclusion of a 3-pin socket in the dashboard, which means you can plug a games console into the infotainment system and play it on the Honda’s dash-wide screens while the car is parked up. Cameras for door mirrors. The fact you can display an aquarium, complete with digital fish, on the main displays to calm your mood. No, the Honda E is not all about speed – it’s about making zero-emissions city motoring as much fun as it can possibly be, which is why we love it as much as we do. ‘Who is Cupra?’, we hear you ask. Well, it’s a relatively new offshoot of SEAT and it specialises in making go-faster versions of existing models in the Spanish carmaker’s range. But while Cupra’s first product, the Ateca, was decent if not spellbinding, the second – the Formentor, named after a peninsula on the Mediterranean island of Mallorca – proved just what Cupra is capable of.

The very phrase SUV means ‘sports utility vehicle’ but heavy, high-sided and tall vehicles are rarely ever truly sporty. The Formentor, though, manages to feel as invigorating and special to drive as some out-and-out sports cars these days, despite the fact it is ostensibly family transportation first and foremost. Even the base 150hp model is great to steer, but treat yourself to the 310hp all-wheel-drive model for the most thrills available in an affordable SUV. 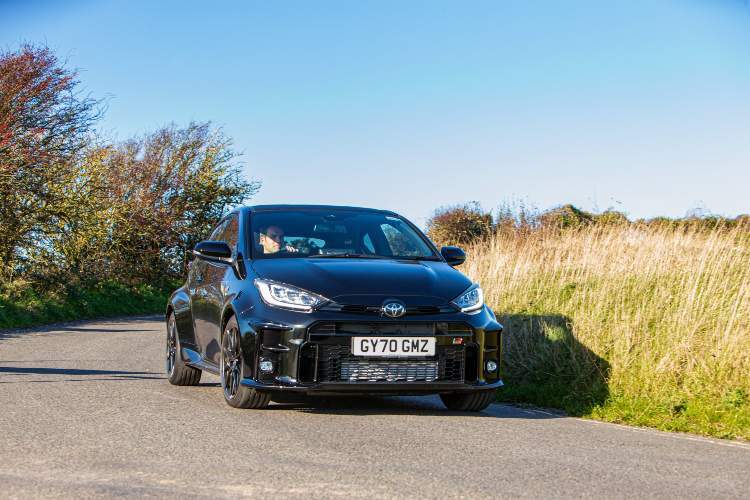 A Toyota Yaris? On a list about ‘fun to drive’ cars? You’d better believe it. Because, while the ‘Gazoo Racing’ (GR) model might say Yaris on the tin, it shares precious little with the shopping car most of us know and are ambivalent about. The GR Yaris is what’s called a homologation special, which is a rare breed of car which incites genuine fervour in the motoring enthusiast.

That’s because most homologation specials are terrific to drive and the GR Yaris continues in that illustrious vein. It has a bonkers 1.6-litre 3-cylinder turbo engine, making a colossal (for this size of car) 261hp. Drive goes to all four wheels and it was created as part of a project by Toyota to go rallying at the highest level. That’s why it looks as bulging and aggressive as it does – and why it’s such a mega thing to drive. 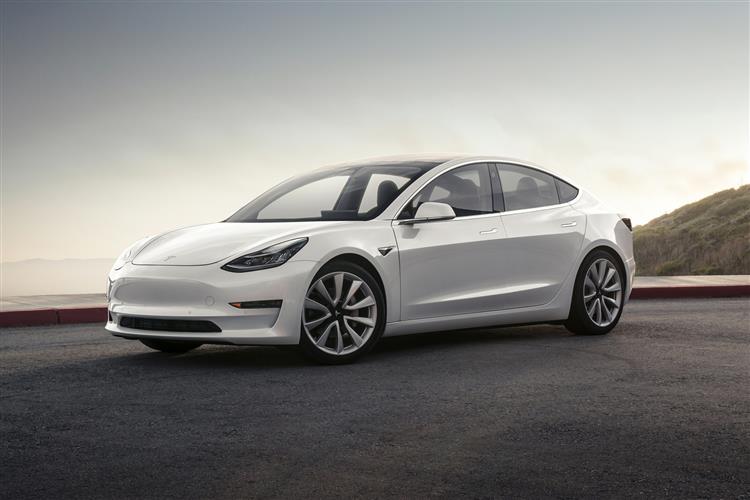 A big part of the appeal of electric vehicles is the unreal way they can accelerate when they’ve got powerful motors fitted and no company is better at this than Tesla. The excitement and fun in the Model 3 Performance comes from its blistering yet near-silent speed: it’ll whirr from a standstill to 62mph in a mere 3.1 seconds.

And if that’s not laugh-inducing enough for you, then know that there’s a feature in the Model 3’s software which allows you to play whoopee cushion noises for each of the main seats in the cabin. Childish, but refreshingly different in an age of corporate correctness from the traditional car manufacturers.

Vanarama’s Top 5 Car Leasing Deals Right Now
Take a look at this month's top 5 car leasing deals from Vanarama...See This Month's Deals
10 Best Cars For Long Distance Driving
Here are 10 cars that will give you mile upon mile of comfort on the roads.Read More
How Does Car Leasing Work?
Learn more about the simple steps to leasing your dream car with fixed monthly rentals.How Does Car Leasing Work?