SEAT's sharp little supermini, the Ibiza, updated for 2021 and beyond. Having been around since the dim and distant past of 1984, it has evolved over the years from a cheap-and-cheerful budget runaround in its original incarnation into one of the strongest products in its segment, challenging the likes of (among many others) the Ford Fiesta, the Vauxhall Corsa, the Toyota Yaris, the Peugeot 208 and the Volkswagen Polo – the latter of these being a car with which the Ibiza Mk5 shares a chassis and engines.

Anyway, Mark recently drove the Ibiza just prior to its facelift and loved it, so watch his brilliant video right here to find out more about the Ibiza in general. However, he mentioned that a facelifted car version was on the way and here it is – so we’ll quickly take you over what has changed with the Ibiza Mk5, and whether we think it’s the class-leading supermini as a result of these modest alterations. 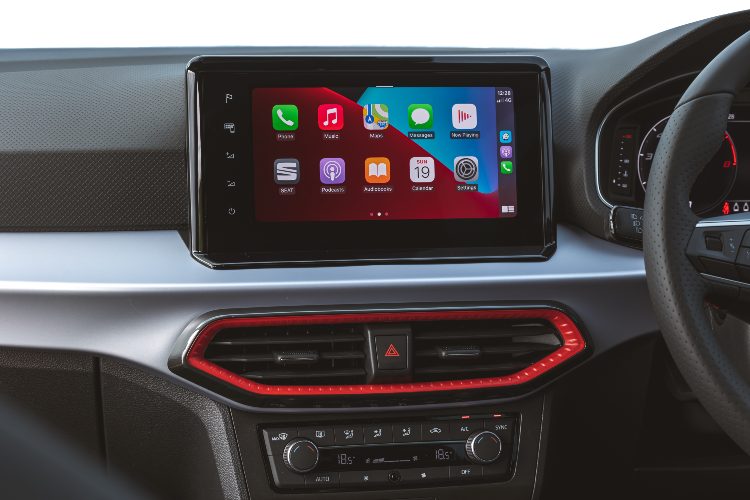 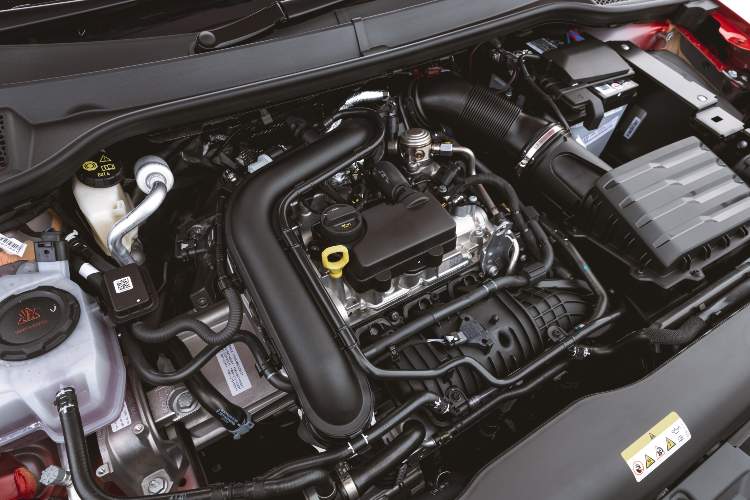 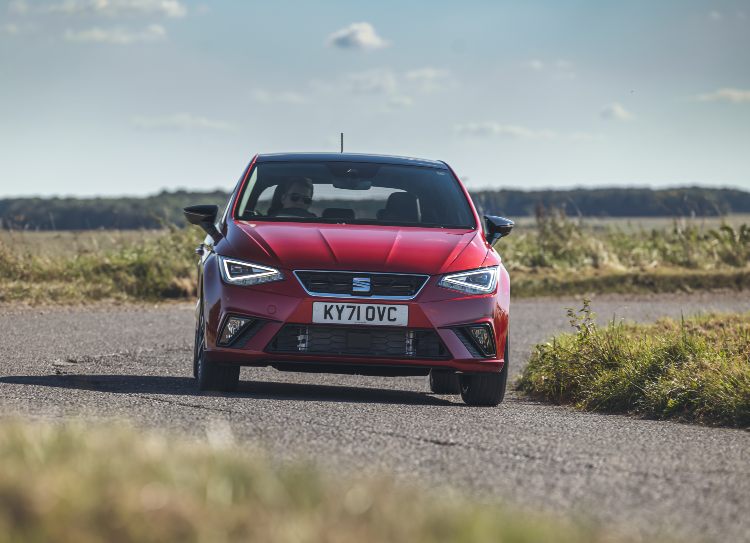 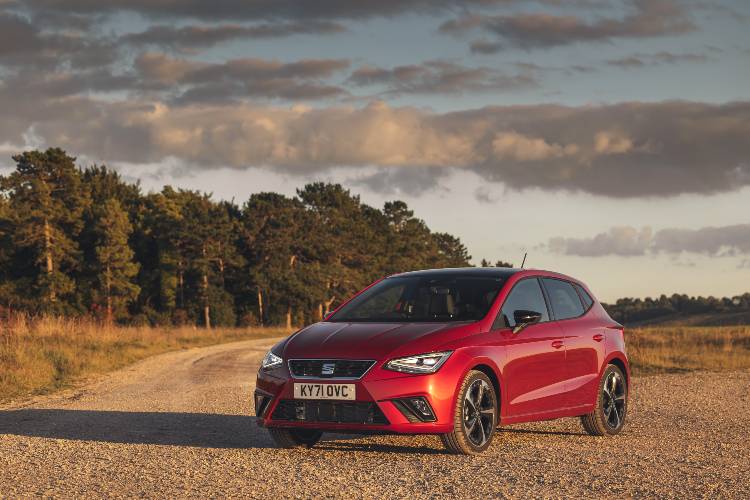 The updated Mk5 SEAT Ibiza is very similar to the pre-facelift models, although there are some subtle differences that give the game away that this is the new one. Such as LED lights on all models, with a new signature in the headlamps, and a different design of front bumper. SEAT has also added 3 new alloy wheel designs and 2 fresh colours, Sapphire Blue and Asphalt Blue, to a 9-strong palette of finishes, while at the back the easiest way to spot a ‘new’ Ibiza is on the bootlid – it’s the hand-written script for the model identifier, which is finished in 2-tone chrome.

Overall, though, on the outside the Ibiza Mk5 looks much as it ever did, which is no bad thing because it’s a tidy piece of design. Therefore, it’s inside where the biggest change comes and you won’t miss it – as it’s that big old infotainment screen perched atop the dashboard. Previously 6.5 inches on basic Ibizas and 8 inches on the plusher models, now every version gets at least an 8-inch display, with 9.2-inch screens on every trim from SE Technology upwards. And yep, that’s the 2nd trim tier, so pretty much ALL Ibizas have this fancier, glitzier and larger human-machine interface.

It’s not only larger, but SEAT has moved it higher up the dashboard, to reduce the distance you have to move your eyes from the road when operating it and also to boost in-car ergonomics. As a result, the whole fascia has been redesigned, so there are now flashy new air vents with colourful, illuminated surrounds (honey-yellow on the SE/SE Tech cars, red on FR and FR Sport, and burgundy on Xcellence and Xcellence Lux), more soft-touch plastics on the top of the dashboard and some silky Nappa leather for the multifunction steering wheel. There’s also a 10.25-inch digital instrument cluster option for the first time, although that’s only standard in the top 2 specification grades – called Xcellence Lux and FR Sport, the latter of which is what we’re testing here. 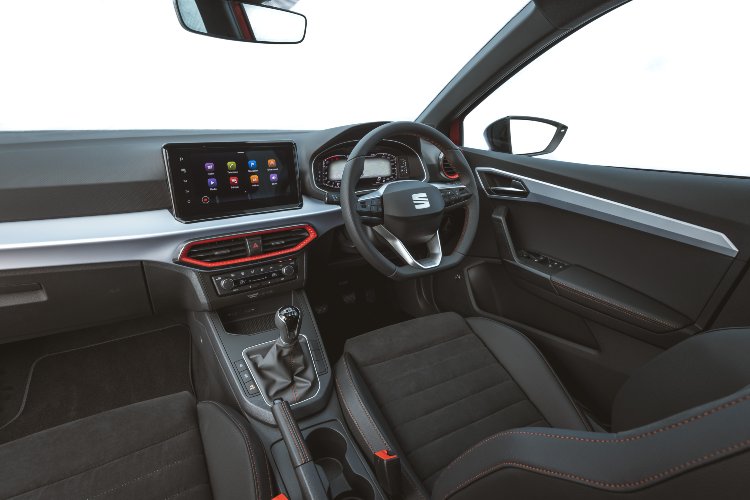 Speaking of which, SEAT has kept the drivetrains and the equipment levels the same as they were before. That means there’s a choice of 3 1.0-litre engines, a normally aspirated MPI with 80hp, then 2 turbocharged TSI units with either 95- or 110hp (that’s 5hp less than it had pre-facelift, weirdly), and these are coupled to manual transmissions in the main: 5-speed gearboxes in both the MPI 80 and the TSI 95, and a 6-speeder in the 110 TSI. It’s also the 110 which is the only one which can be specified with a DSG dual-clutch 7-speed automatic as an option.

Trim lines run SE and SE Technology, before the range diverges into 1 ‘sporty’ branch (FR and then FR Sport) and 1 ‘luxury’ branch (Xcellence and then Xcellence Lux). Equipment levels are generous across the board and SEAT UK continues its ‘no extra costs’ policy these days, so if you want more kit, you need to buy a more prestigious model of the Ibiza, rather than ticking any option boxes on the order form. Aside from a few sundry items, there’s no way of boosting the Ibiza’s already-competitive list prices, which is nice.

How Does It Drive? 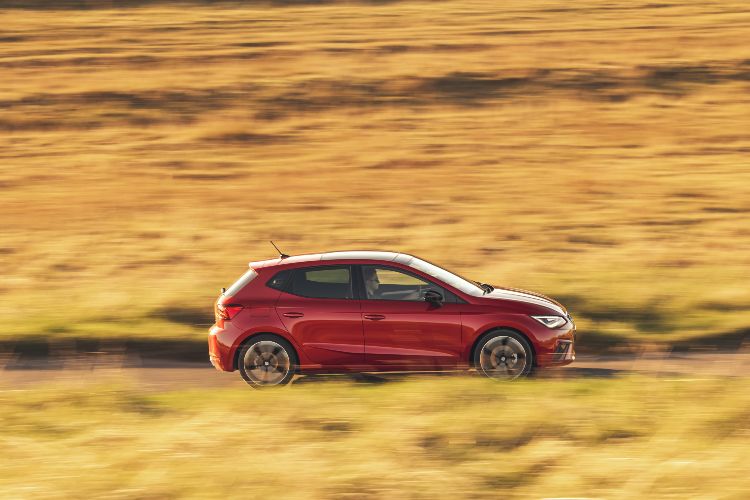 Just as it did before, which is to say brilliantly. The SEAT Ibiza Mk5 is one of the sharpest cars to steer in this class, standing comparison to the Ford Fiesta and Peugeot 208 leading lights from rival manufacturers. Furthermore, the SEAT) is that little bit more exciting than the mechanically similar Volkswagen Polo and Skoda Fabia alternatives from within its own wider automotive group.

We drove a 110 TSI manual FR Sport and it was a little gem. OK, its big, attractive 18-inch alloy wheels remind you of their presence around town on occasion, with a few thumps and bangs making their way into the passenger compartment, while at higher speeds the FR Sport’s broader tyres introduce elevated road noise into proceedings. But broadly, the Ibiza is very comfortable and very refined for this class of affordable, small car.

It’s also still a hoot to throw it around on a quieter road, with great steering, loads of grip and beautiful chassis poise. All of which makes it a shame that there is no dedicated ‘hot’ model of the Ibiza Mk5 under the Cupra badge; this 110hp model is as fast as you will get, so you’re looking at 0-62mph in 10.3 seconds and a top speed of 121mph where permitted.

However, despite the fact this FR Sport 110 TSI is no road rocket, it's lovely little 1.0-litre, 3-cylinder turbo petrol engine is wonderfully smooth at all revs and sounds superb when you extend it out a bit. The 6-speed manual ‘box is also an easy-shifting delight, so driving an Ibiza either around the doors or for longer distances on the motorway is no hardship at all.

Is It A Practical And Well-Equipped Car? 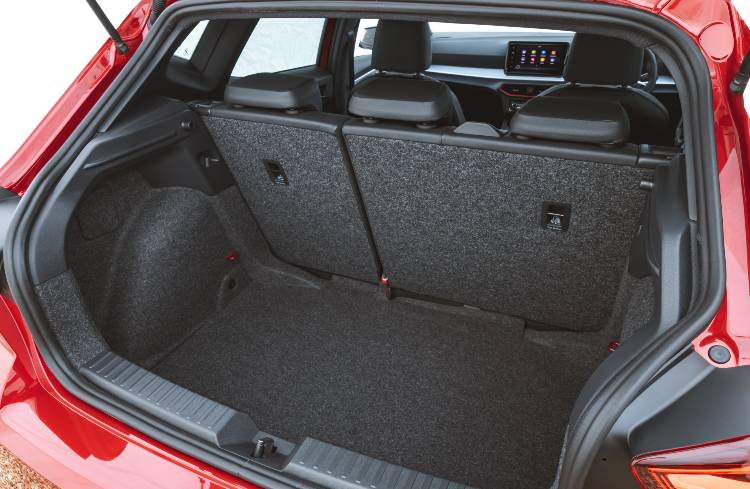 Generous equipment levels on basic SE models are only built upon by this (joint) flagship FR Sport-specification SEAT Ibiza. You’ll therefore enjoy 18-inch alloy wheels, the 10.25-inch digital instrument cluster, Comfort seats with sporty Microsuede upholstery, LED lights all round on the outside, dual-zone climate control on the inside, Sport suspension, 9.2-inch touchscreen satnav/infotainment with Apple CarPlay and Android Auto, metallic paint, cruise control and a whole host of safety kit as standard. However, if you want parking sensors, you need either an Xcellence or an Xcellence Lux model – the FR and FR Sport cars do without them.

In terms of practicality and boot space, nothing has changed from pre- to post-facelift, so there’s still one of the biggest boots in this class (355-1165 litres), a good amount of space in the rear seats, and plenty of useful cupholders and storage cubbies dotted throughout the cabin.

In short, then, SEAT hasn’t done anything radical with the Ibiza Mk5 during this round of updates… but then, it didn’t really need to. It already had the car with one of the best chassis-and-drivetrain combinations in this part of the market, and all the company has done here is improved the cabin ambience and subtly sharpened the exterior looks. All told, what you’re therefore looking at with the updated SEAT Ibiza is one of the best superminis you can possibly lease. It’s a brilliant little thing. 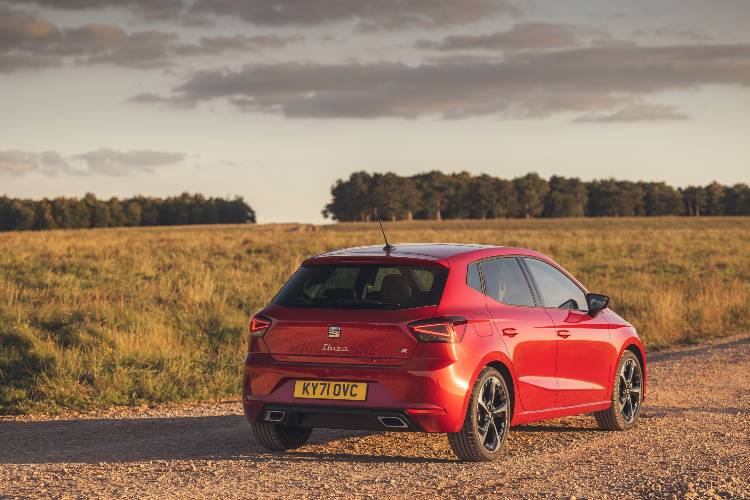 "we think it’s the class-leading supermini as a result of these modest alterations."