A message from Andy Alderson about Coronavirus. Learn More

Why Lease the Nissan Juke? 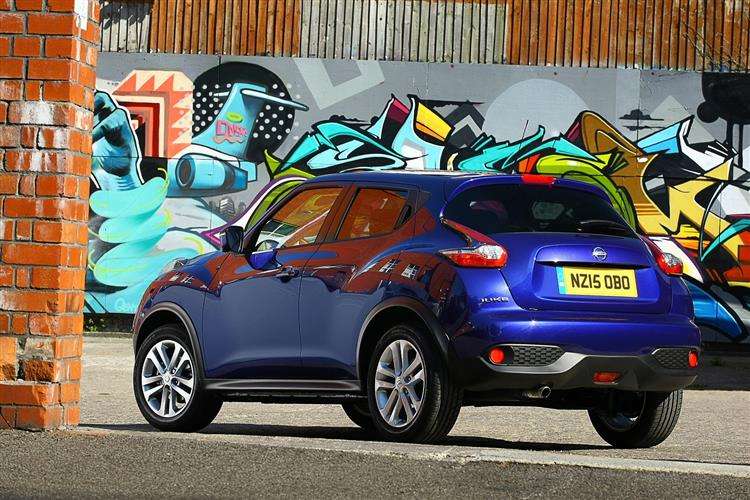 Designed, engineered & manufactured in the UK, the new Juke has been developed specifically for European markets, with Sunderland the only production location for this second-generation compact crossover.

Its launch comes almost 10 years after the original Juke’s daring styling broke the mold in the B-segment & Nissan has raised the bar again, bringing new levels of technology & connectivity to the compact crossover category.

Sharing its platform underpinnings with the new Renault Clio & related Captur, the second-generation Juke will be built alongside the Qashqai in Wearside, near Sunderland.

At the beginning, the Juke had just a few competitors. But it won’t find itself so lucky this time around. Now the market has changed considerably – & Nissan reckons it has 24 cars to compete against, including favourites such as the Volkswagen T-Cross, Skoda Kamiq & Citroen C3 Aircross.

“35 years ago Nissan decided to create a plant in the UK to serve our European markets. 10 million vehicles later, Sunderland is the biggest UK car plant in history & the all-new Juke is the most connected Nissan car. With more than 35,000 jobs supported by Nissan in the UK, I would like to thank our experienced & skilled teams in Paddington, Cranfield & Sunderland, & our wider supply base, for their efforts in bringing this all-new model to life.”